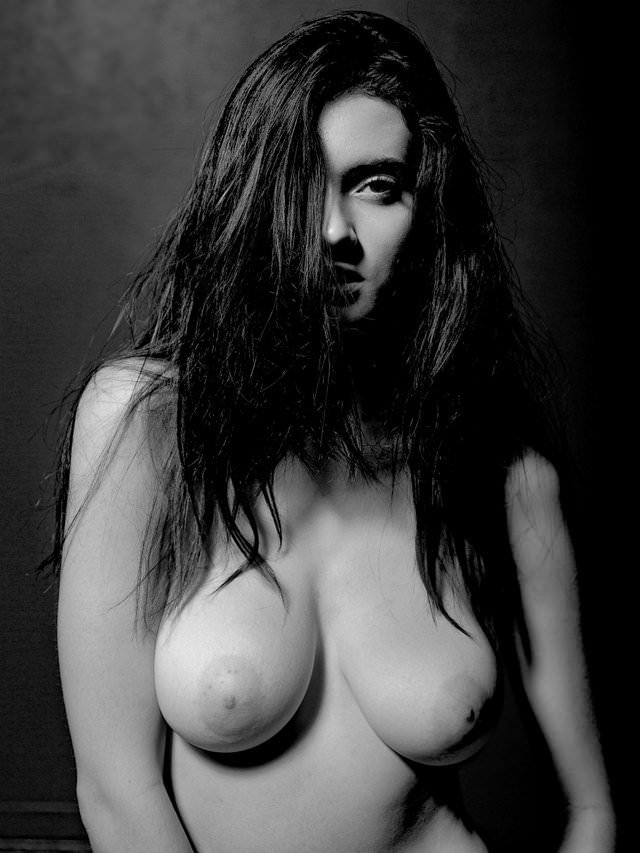 Could You Help Me?

I was the high school boy that they hired to clean up the bar after it closed at two in the morning. I wasn’t twenty-one years old and I couldn’t drink legally but the bartender always left me two beers to take home and drink after school.

Anyway I let myself in at five o’clock so I could clean up and get to school on time. I had washed the tables, placed all of the chairs on top of them, and swept the floor. I knew that the bar got washed a hundred times a night by the bartender.

I went in to check out the bathrooms. The women’s room was trashed as usual. Those women were pigs. There were paper towels, toilet paper, and even sanitary napkins and tampons on the floor.

The men’s room was just dirty as usual. However, when I turned on the light a woman’s voice said, “Could you help me?”

I bent over and saw a pair of small feet in the third stall. I walked over to it and opened the door.

Miss Amore, my Math Teacher, was sitting on the toilet, she was completely naked, and her hands were behind her back.

Miss Amore said, “Could you help me? Please! Oh my God! You’re one of my />
Then she started crying.

Miss Amore said, “I got drunk. Three guys kept buying me drinks. All night long! When I got too drunk to get myself into the lady’s bathroom they brought me in here. I didn’t even object when they undressed me. However, when they handcuffed my hands to the pluming back here and forced me to suck their cocks I started to object. They told me to be quiet or else. That was when three more guys came in and fucked my throat before peeing in my hair. Could you please help me?”

Her hair was a mess, she smelled like a urinal, and she was still the best looking teacher in our school. Her breasts were small and just perfect for her petite body. Her nipples were hard, her pussy was shaved, and her eyes were closed.

I grabbed a hold of one of her shoulders and pulled her forward as I leaned over to look at the handcuffs. I was trying to figure out how I was going to get them off from her when I felt her face in my crotch.

Miss Amore said, “Pull it out and I’ll suck it for you.”

I was going to tell her that I would get her out of those handcuffs but instead I said, and unzipped my pants and pulled my erection out.

As she sucked my cock I just closed my eyes and bent over her again. I ran my hands down her back, around her sweet cheeks, and then up her sides to cup her breasts.

She pulled her head back a little further than she had been and said, “Pinch my nipples as hard as you want, as hard as you can. If you do you’ll give me pleasure, maybe even give me an orgasm.”

Miss Amore gurgled around my cock, “No! I like pain. I love to be />
Just then I though of I get you out of these handcuffs and get you cleaned up…can we do this again?”

Miss Amore gurgled again, “Yes, as often as you want…just don’t tell anyone.”

I went out to the bar and found the box of keys in lost and found. I remember seeing a handcuff key in there once. It was still there and I unlocked her cuffs. Boy, were her wrists red and raw from her struggling to free herself.

I found her clothes in the trashcan, all except for her bra and panties. That was when she told me that she hadn’t been wearing any. She had been looking for sex and she had found it. Not exactly the way she had wanted it though. She told me that she was hoping that the three guys would fuck her.

Then she looked at my cock and found that it was hard again. She said, “Since it has already been in my mouth, why don’t you put it in my pussy this time. We will both enjoy it.”

Miss Amore asked, “What are you smiling about?”

I was one very happy boy that day in Math class.

Miss Amore was one happy teacher too.

After my last class I stopped in at her room to ask when we could do it again. She replied, “What if I meet you in the bar about six o’clock in the morning? We can do it on the bar again. Oh, did you know that Carrie Smith likes you? I think she would let you fuck her if you played your cards right. Like ask her out, kiss her, and then maybe feel her up. Eventually she would let you get into her pants.”

Miss Amore replied, “Because I used the girl’s bathroom at lunchtime and over heard her talking to another girl. Barbara Brown likes Jake Kramer.”

I choked and said, “That jerk!”

Miss Amore smiled and said, “She doesn’t know that he is a jerk. Maybe you could talk to Carrie about him when you are playing with her big boobs.”

I asked, “How do you know she has big boobs? She never wears anything />
Miss Amore said, “Her parents are very religious and make her dress like that. Believe me, she has really nice boobs under those bulky sweaters. Ask her out and feel for />
I asked, “Can you help me? I’m not very good at talking to girls.”

She said, and then the next day she assigned Carrie and me to do a special project together. She asked us to stay after school for an hour every night until we had finished it.

That first day the three of us were in her homeroom, the door was locked, and the security camera was covered.

Miss Amore said, “Carrie, he likes you a lot and I know that you like him. I told him that your boobs were bigger than mine.”

Miss Amore removed her blouse. She was wearing a very pretty red lacy bra. Then she said, “I wear a 34-B, how about you.”

Carrie blushed and raised her sweater up over her head. She was wearing an older white bra that looked too small for her. Carrie said, “This one is a 32-C but it is too small for me. I need a bigger one.”

Miss Amore said, “Your new boyfriend has a good job, maybe he would buy you some sexy underwear. Especially if he gets to see you in of it.”

Carrie blushed and asked, “Do your panties match you bra?”

Miss Amore removed her short skirt and showed us her matching sexy red lacy thong panties. Then she said, “Now show us yours.”

Carrie blushed again and then removed her long skirt. Her panties were old too. They were white and cotton. They sort of matched her bra.

Miss Amore looked right at Carrie and asked, “Are you game to go />
Carrie looked scared, she turned red all over, and then she reached behind her and unhooked her bra, letting it fall off her shoulders and catching it in one of her hands.

Her breasts were bigger than Miss Amore’s breasts. Her nipples were hard and the color of her areolas was lighter.

Miss Amore removed her bra and then her panties. She handed me her panties to keep.

I looked at Carrie wondering what she would do.

She took in a deep breath, hooked her thumbs in her waistband, and pushed her panties to her ankles. She stepped out of them and handed them to me…to keep.

Miss Amore looked at me.

Carrie looked at me.

So I undressed. I had to take my shoes and socks off first. Then the rest of my clothes came off easily.

Carrie just stared at my hard-on. Miss Amore said, “Why don’t you touch it Carrie? I’m sure that he wants to touch your body.”

That caused Carrie to smile. She reached for my cock and I reached for her boobs. Miss Amore stepped in closer and cupped one of Carrie’s boobs. I smiled when Carrie grabbed a hold of one of Miss Amore’s nipples and asked, “Do you like your nipples twisted? I do!”

Miss Amore encouraged Carrie to swallow and keep sucking until I had finished.

Carrie replied, “But I’m not on any birth />
Miss Amore laughed and said, “Neither am I but I’m going to let him fuck me too.”

Carrie gave Miss Amore a dirty look so Miss Amore added, “That is if you don’t mind sharing him with me.”

Miss Amore asked, “Do you and your sister lick each other’s />
Carrie turned red again and said, “Yes, all the time, Momma taught us how.”

Just as she said that Carrie got down on the floor pulling me with her. She gabbed my cock and she pulled me into her. I gave it a thrust and it went right in. That was when Carrie said, “Now that feels good. I was a virgin down there but you probably couldn’t tell. Momma has a double-ended dildo that we all take turns sharing. Sometimes she puts both ends in me, one in my pussy and the other in my asshole. Hey, if you can get it up after fucking Miss Amore I’ll let you butt fuck me. Another virgin hole!”

Well I did get it up again after fucking Miss Amore and I did get to put it in Carrie’s ass.

Carrie and I became boyfriend and girlfriend. Her mother even let us do it in Carrie’s bed. Miss Amore did meet me at the bar a couple of mornings a week.

Carrie’s mother got her on birth control but Miss Amore got pregnant. She tried to tell me that I wasn’t the father but I knew that I was the only one that she let fuck her in the middle of her periods.