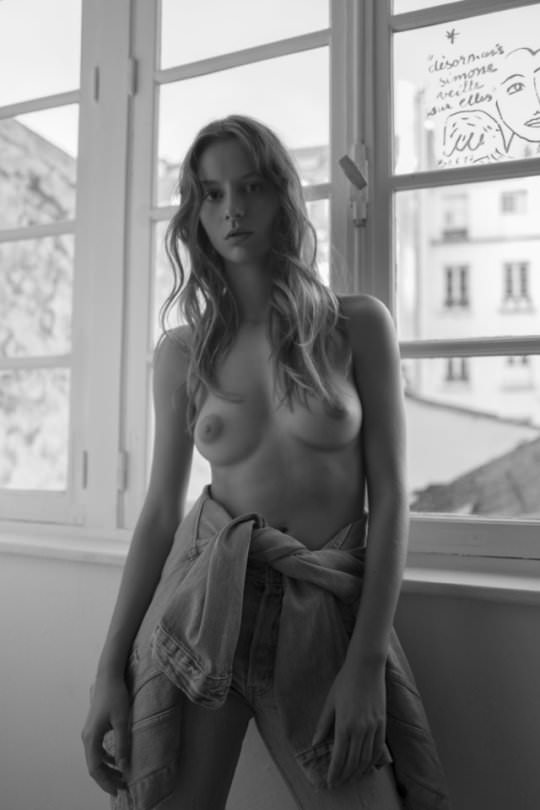 It had been a long, hard day at work and all she really wanted was to come home and watch a movie with him, and fall asleep in his arms. She didn’t want to worry about the dishes, or picking up the house or the laundry. She was over the day, and she just wanted a nice quiet evening at home.

When she walked through the door she noticed that the dishes were done and heard the washer running. The house was still a mess, but they both knew it was impossible to keep up with.

A smile spread across her face as she saw the efforts he had put in to help out around the house. He was always pretty good about these, but this was unexpected. She knew he had a lot going on, and didn’t want to put too much on him in their world too, so she hadn’t asked him to do anything.

She put her bag and coat down next to the door, removed her shoes, and walked to the kitchen, to find him cleaning the counters. She smiled, and then walked up and wrapped her arms around his waist, and kissed between his shoulders.

She was instantly in a better mood. He had a tendency to do that to her, though. He knew just what to do, what to say, or what to buy to make her feel better.

"I’ve got a surprise for you, it’s in the bedroom" He said softly to her, a smile lingering in his voice.

She looked up at him, though his back was still facing her, in surprise. Without question, she walked to their bedroom, and laying neatly on the bed was an entire outfit. There were thigh-high socks, a thong, a lacey and flowing top, and fluffy hand cuffs.

She bit her lip and grinned. She had been tired….but tonight looked to be full of fun and passion, and she wasn’t always so lucky to have this kind of fun.

She slipped off her work clothes, and pranced to the bed, her breasts bouncing with each skip, her ass jiggling. She was happy about what was going to happen tonight. She slipped the top on, and enjoyed how it fit. Nice and snug around her chest, but loose around the rest of her body, and upon closer inspection, she noticed that it was shimmering in the light. How beautiful this would make her. Next she slipped on the thong, then the thigh-highs. She left the hand cuffs for later.

She turned off the lights in the bedroom and skirted out to the kitchen, noticing quickly that he was no longer there. She checked the living room next, and found him waiting for her on the couch.

He smiled, admiring her in the outfit he chose for her.

"Turn for me, dear" he said

So she twirled, slowly, but enough to make the top fluff up and float around her body.

The air against her bare skin made her wet, she could feel goosebumps along her skin, and she grinned at him.

When she was done showing off for him, she approached him slowly, watching him not only to make sure this was okay, but to watch him admire her.

She sat on top of his lap, and smiled at him. His arms wrapped around her hips, and instinctively she lowered her lips to his neck and began to kiss along his neck and down to his collar bones.

She felt his hands firm around her body, and pull her close to him. He pulled at her hair, bit at her neck, then roughly whispered in her ear “You are mine. This is mine” He said as he shoved his fingers between her legs

She swiftly moved to her knees as he stood in front of her. At this height, she could see that he was growing hard inside of his pants, this made her grin. She looked up at him, waiting patiently for his orders.

He stared at her, admiring her, running his fingers along her chin and cheek, smiling.

"I want you to suck me" he said. "Take it out, and fuck it with your mouth, slut" he said.

She felt her heart rate increase, and began to undo his belt, then undo the button on his jeans, unzipping the pants, and then sliding them down to his ankles. She could see how hard he really was now that his jeans weren’t in the way, she could tell without even looking at his bare cock that he was almost fully erect already, and she hadn’t even started sucking yet.

She kissed along his underwear, and focused on the spot where she noticed some pre-cum, then bit at the waistband and pulled the underwear down to the middle of his thighs.

She grabbed his shaft firmly in her hands, and tucked her head down to lick at his balls. As she began to lick his balls and stroke his shaft, she felt his fingers running through her hair, tightening their grip.

She licked up to the tip, looked him in the eyes, then slid his entire length into her mouth. She felt her lips touch his the base of his cock, and held it there, like she knew he would like. She felt his hands pressing her head against him, and waited until she was tapping at his thighs to let him know she needed air.

He let her catch her breath for a moment, reminding her not to make a mess on the floor. With his reminder, she licked her lips and went back to sucking him. This time she didn’t go all the way down right away. She pumped his cock in and out of her mouth over and over, listening to him moan softly above her, feeling his hips thrusting towards her. After she had teased him enough, she once again slid his length all the way down her throat. This time she was determined to last. As she felt his hands pressing against her head to get his cock down her as far as he could, she closed her eyes and focused on nothing else. Just his cock, his wonderful, beautiful cock, and keeping it in her throat.

She dug her nails into his thighs and listened to him moan and growl. Sooner than she hoped she needed air, and again signaled to him that he needed to release her. This time when he pulled out, his cock was drenched and dripping with her spit, with noticeable trails of spit lingering between her lips and the tip of his rock hard cock.

She smiled as she crawled onto all fours, raising the ass he claimed nice and high in the air.He smacked his ass over and over, relentlessly, making her moan and scream. It was a mix of pain and joy, and this was her favorite combination. She could feel her cheeks on fire, and wondered if there were any noticeable hand prints she could take photos of later.

Before she could continue the thought process, she felt him enter the pussy that he claimed. She gasped and closed her eyes, digging at the floor.

He pulled her up by her hair, and laid her on the couch, pushing her legs high above her. He re-entered her and began nice and slow, feeling her tremble beneath him.

She bit her lip and grabbed what she could of the couch, bracing herself for what she knew was going to come. She thrust her hips in sync with him. Over and over he brought her just to the edge, but never letting her climax. Suddenly he pulled out, and she stared at him in confusion.

She got up and wobbled as best as she could to the bedroom.

"Lay down on your back" He asked of her

She lay down, facing him, confused but excited

"Hands above your head, Princess"

She raised her hands above her head, and watched him as he put them in placed and locked them.

He slipped her thong off, and shoved it in her mouth.

He removed the rest of his clothes, to avoid any further struggle.

"I’m going to fuck you until you can’t see straight, do you /> She looked at him, processed what he had said, and nodded to Him since she couldn’t talk now.

There was no need to ask what the safe word was tonight. She knew she wouldn’t need it.

She felt him slide inside, this time he held her legs almost parallel to her body. Then she felt him picking up speed, going deeper inside of her than she’d ever felt him before. She moaned and started to scream, and he put a hand against her mouth, quieting the screams that were trying to escape from her mouth.

He un-locked the handcuffs, and pulled her up against him. He kissed her forehead and ran his fingers through her hair. He asked if she enjoyed it, she nodded slowly yes, with her face pressed against his chest. She closed her eyes and listened to his heart beat, strong and steady. She trailed her fingers down his arm to his hand laced her fingers in with his.

Before she knew it, she could hear the soft sound of his snores filling the room.

As I said, Taryn wrote this, so be kind. If you would like to give her any feedback

Any fans, well wishers, or if you just have any questions, suggestions or the like