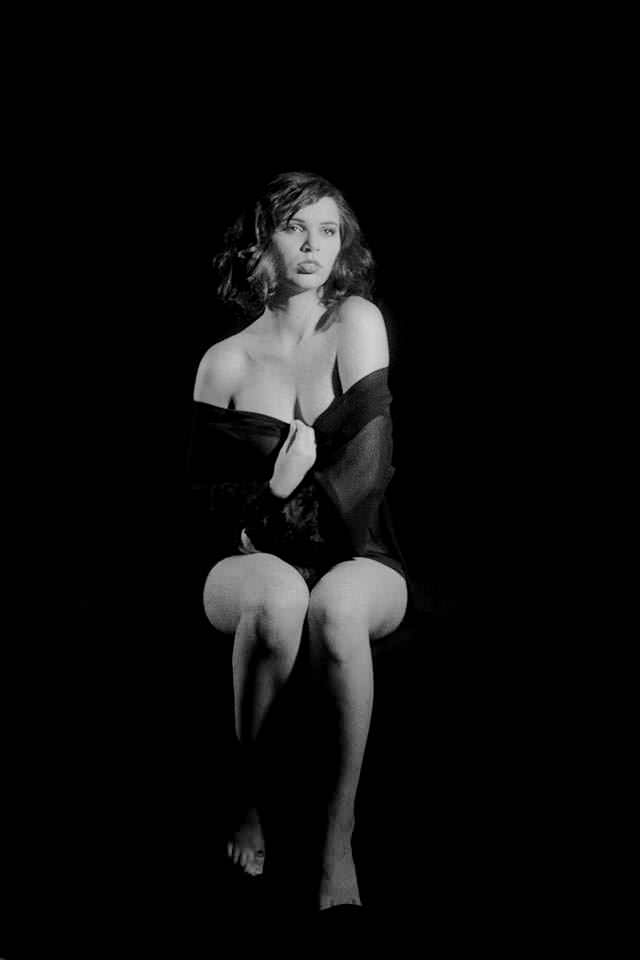 Getting right to the story Joe was having a birthday so as a present to him my girlfriend and I decided that it would be nice to throw him a little party. Well all the preperations were made that we would have dinner at a restaurant just the guys (Joe,Fabrizio and Santino(me) ) then we would mke an excuse to run back to the apartment for something. Dinner was awesome steaks all around a real mans night, but I got a message from my girl to stall some of the guests had not arrived due to the snow falling so we decided to go to a local stip club for a drink or two or ten. While we were there we paid for a bunch of dances for Joe and told him it was time to go to the clubs as we began to drive, I turned to the guys and said aww man I forgot some shit at the house I need can we double back we are not very far. We did and as we got to the house it was pitch black so we mved towards the door, I unlocked it and Joe walked in first SURPRISE!!!!!!!! about ten people jumped out and scared him half to death. It was all of our friends and some women from my girlfriend Amy’s office Rachel and Melinda.

The party was nice some music and drinks and some food. Amy came over where Joe and I were talking and asked if he was surprised he said yes and could not believe she had done all this for him. Amy looked at him and said well this is not the end of the night and walked away we looked at one another puzzled but hey fuck it lets have fun. I went to my bedroom to get something and Amy followed me in as the door shut she was like an animal kissing me full on the mouth with alot of tongue and pressing her beautiful 36D tits against me. She reached down and grabbed the head of my cock tightly and said I cant wait to Fuck Your Brains Out in concert tonight. I was stunned by herfowardness. She got dow on her knees takng my cock in her mouth as a tease. She escaped the room before I could d anything. I returned to the party to see that a few of the couple had left leaving only Amy and her two friends, Joe, Fabrizio and his girlfriend Joanna. I askeed where have all the guests gone and amy answered the weather is worsening why dont you light a fire.

As I turned to do that I saw Melinda sitting on the couch i could see right up her skirt and couldnt help but notice that she was not wearing any underwear. My dick began to tent in my pants, Amy came right over and said whats the problem why is it taking so long to light the fire I had to shake my head to get back to normal, but Amy whispered in my ear “was it Melinda’s pussy” I almost fell over. I got back to my job as Amy took up realestate next to Melinda on the couch as Rachel and Joe began to get cozy themselves. Fabrizio and Joanna and Fabrizio were sitting on the love seat already getting into some heavy petting. Joanna has a beautiful body she is 26 with dark hair and eyes very Italian looking with smaller breasts, but with an ass that would make a grown man come to tears. Rachel was a a medium build woman with what seemed to be nice tits under her shirt but little or no clevage she had on tight jeans and her thong was riding up out of the top of them all night she was a flirt and had been making sexual comments all night.

Melinda was perfect 5ft2 135 pounds of pure sexual dynamite black hair and big beautiful tits I wanted to see so bad I would have paid good money. As i made my way to the couch Amy slipped her hand under Melinda’s skirt and up towards her waist everyone could now see her glistening pussy. I looked aound to see if anyone had noticed, but Joe was to busy eating Rachels fire bush pussy and Fabrizio and joanna were already both naked and 69ing on the floor. I ould not believe this this was my fantasy and i never thought it would come true. I went over and took amy by the hand and moved her over to make room for me I sat between the two and opened my pants to reveal my cock glistening with pre-cum Amy dove for it first as I released Melinda’s beautiful tits I was so amazed that I exploded into Amy’s unknowning mouth.

She moved up and spit some of my cum into Melinda’s mouth as the two of them kissed me giving some of my cum back to me. It took two seconds for my cock to get hard again and as soon as it did I started trying to fuck Amy and Melinda, they had other plans they went over and started eating Fabrizio and Joe’s asses as they were fucking i moved over and had Joanna put my cock in her mouth as she was getting fucked it was at that moment that I felt a finger slide into my ass I was a little nervous but got comfortable when I realized it was Rachel. I asked Fabrizio if I could have a turn with his girl and he said go for it but as I made my way over she moved away at the insistence of Amy and Melinda. it was disheartening ut i now had Rachel licking my ass as Rachel and Melinda took turns polishing my knob. Amy was being bent over by Joe and fucked so hard the sweat from her body was being thrown all over the room. i layed underneath her as she was being fucked to get a better look at her pussy being filled as joe pulled out to blow his load on Joanna’s face I replaced his cock with my mouth Amy went over the top and came all over my face when she finished she slapped my face and called me a bad boy for doing that to her. Melinda’s beautiful tits were bouncing up and down as Fabrizio and Joanna were eating and fucking her pussy I was jealous, but Rachel was back to eating my ass again and I couldnt move as Amy was now suckin my cock again. i asked Rachel if she wanted some cock she said yes, but again Amy said no she said he cant have any. Frustration was setting in I wanted to blow my load and Amy had put the mother of cock blocks on.

Fabrizio finished by blowing the mother load all over his beautiful girlfriends face. As the girls licked her face clean I asked Fabrizio how it was he said i was the greatest and chuckled he was spent and went to sit on the couch next to Joe who had tapped out after his romp. I was still the only one whom had not comed from fucking and I was getting ansy. Amy and Melinda left the room for a moment and left Rachel and joanna to getme started up again. i had Rachel 69ing with me as Joanna licked and sucked my balls and ass. about three minutes later Melinda and Amy appeared and said they had a big surprise for me, I got nervous at what was the next thing I saw. amy and I had discussed for some time about watching two women fuck with a strap on they came in and mounted the two girls already in the position for them. Amy grinned at me as she pounded Rachels pussy and said I want to watch you suck the dildo I put up a fight, but she insisted and I obliged she stuck it down my throat and announce to the group look Santi is sucking my cock everyone was impressed I got claps and cheers from the crowd. Amy moved down to my ear after and said you have been a good boy, but there is one more thing Melinda and I want to do I said yeah whats that she said we want to take turns fucking your ass I said no way there is no way not in front of my friends at least. before I could say another word the two of them whisped me to my room and said sorry everyone, but he has been so good we are going to do some stuff in private as we left Fabrizio and Joe had swapped partners and were starting on round 2. In my room Amy lubed up her dildo as she moved towards me I was scared, but she was talking so quietly and saying nice things. i felt the head touch my asshole and I jumped and AMY AND MELINDA LAUGHED THEY DECIDED THAT A GOOD SCARE WAS ENOUGH AND SAID THEY WANTED ME TO THEMSELVES Amy said she wanted to watch me fuck the woman I had been drooling over all night I was happy when melinda took my cock and put it between those beautiful tits of hers and amy forced me to eat her ass. I couldnt wait and finally Melinda slid her pussy on my cock it was the most amazing feeling she bounced up and down and I forced amy off my face so I could watch. i lasted all of two mnutes before I blasted off inside melindas pussy. She scooted up abve me and Amy and forced us to take turns sucking the cum from her pussy.

We spent the rest of the night taking turns sucking and fucking in my bedrooms. the next morning I woke up to melinda sucking my cock as rachel and Joanna were rubbing one anothers pussys. I felt like a porn star i went on to fuck each of the girls one after another as my Amy watched and coached me. Everyone finally left at around one thirty that afternoon as I went into the shower, Amy joined me and asked do you think everyone enjoyed themselves I said yeah did you she said yeah but there was one thing maybe two she still wanted. I asked what and she said she had talked to Melinda about giving and recieving a golden shower, but it never happened I said sure and amy moved down onto the floor of the shower and awaited a stream of golden pleasure all over her face it felt good, but what felt better was to lay there and have warm urine run down the side of your own face. her second request was something she had started the night before she wanted to fuck my ass with her strap on dildo, I said sure but that is a story for anther time