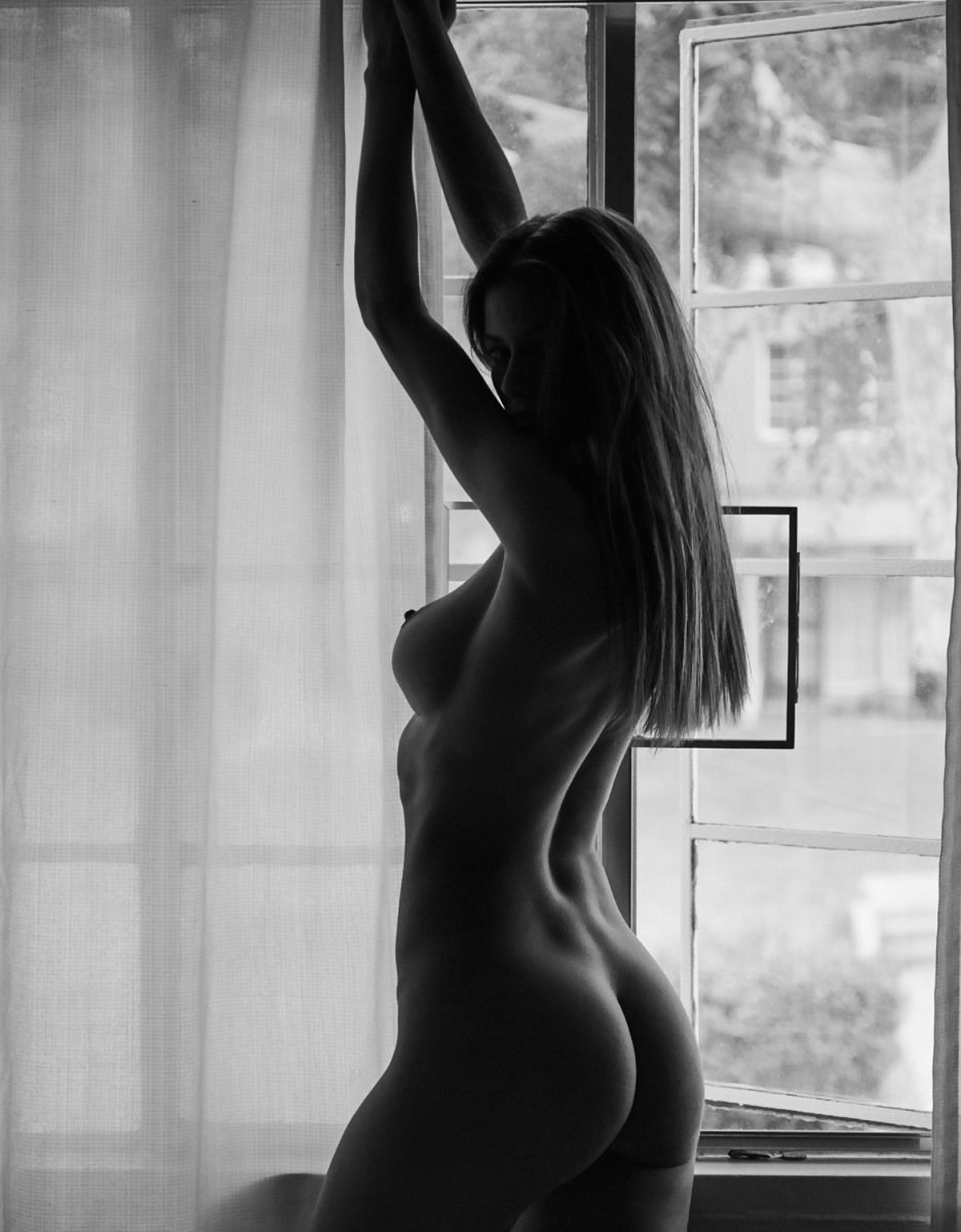 Judy here, im a married woman, My husband Jim is a hard working guy and a good lover. But he was working to many hours in our love life was hurting, So we plan a vacation to get out of the snow and into a nice warm place to have fun and get our sex life fired up. I went out and bought some hot sexy clothes and a really small bikini. Just to get him going. Well i was all pack and ready to go , when he hit me with he couldn’t go. Problem came up at work. So everything was paid for and no refunds, so i went by myself. I wasn’t in a good mood about this, but when i got down there and felt the hot sun i felt better. We had got set up in one of the bigger motel in Ga. When i got there , there where guys running all over drinking and partying.They had some kinda foot ball camp going on jock all over the place. Im 32 and they where in their 20’s and looking good.

I went and found my room and as i got close they where a bunch of guys hanging out in front of at a table area. AS i walk up they hooted and pick on me. I was in some short short and halter top at the time. Made me feel good to have some guy notice me. They jump up and help me carry my stuff in the room. After i unpack i went out and talk to them a bit, Asking them about the lay out there and why they some many guys around. They tease and flirted with me , making me feel pretty good. I had a couple of beers with them as we talk, It was hot so i told them i was going to go find the pool. So i went in to change, So i put on my new bikini and slip on by swim robe. I didn’t tie it up. So when i went out they could see my bikini.

They started to tease me on how hot i look, I just laught and thank them and went to the pool. Well i wasn’t at the pool long and here come my new friends. They brought their beers and swim suit.So we started chatting again and drinking. We got in and cool off and pool and some horse play started. Being the only female i ended up in the center of the play. They ended up throwing me around and dunking me under the water. More then once they just seem to catch a feel of my boobs or ass in the play. It felt good having some male attention. and getting me turn on. So with the beer drinking and the hot sun i was feeling pretty good, So i told the guys i was to old to party any more and was going back.

The two guy that had room beside me said they would walk back with me. They where in theirs 20’s and really foot ball player builts. As we walk back i trip and broke the strap on my flip flops. the walk was really hot and they pick on me that i was to drunk to walk and burn my feet. so the two of them scoop me up and carryed me back the rest of the way. They carryed me into my room and flop me on to the bed. I was feeling pretty tips so i layed there for a minute. So there i was stretch out on the bed in my bikini. They where talking as if i was drunker then i was and they thought i was pass out from drinking. Now im white and the guys where well built black foot ball players. They start talking about how hot i look in my bikini. So i just laid there enjoying the conversation. Then the where talking that they should get some pic of me on the bed. So one took off to their room and cam back with a camera. So they took a few pic of me laying there in my bikini, Now i do have 36c boobs so my top wasn’t hiding alot. So after a few pic the other guy told him to wait a minute and he laid down the the bed beside me to get in pic with me. so his friend was taking pic of us both laying of the bed. after a couple pic he got a bit braver and move closer to me and laid his hand on my stomach and lean over like he was kissing me.

His friend started to do more pic. I guess he got lots braver because he move his hand up to cup my boob as his friend took pic. He was playing with my boobs as the pic was being taken. Then his friend said it was his turn. So the traded place His friend move right in and started to play with my boobs and he nibble on my neck. Buy now im getting turn on by all this play but i didn’t do nothen, I guess i wanted to see how far this would go.So the one play with my boobs started to talk about me being pass out. He reach up and untie my top and slowly pulled my top off. So now my 36c are bare and the nipples where hard They took a few pic of them. But wasn’t long and he was lean over and licking and sucking on my boobs and his friend took pic. AS they took the pic he slide his hand down and started to rub my pussy. His friend doing the pic said it was his turn , So they went to switch place again. But as the first guy went to get back on the bed he stop. then i felt his hands on my bikini bottoms and he was slowly pulling them down and off. So know i was laying there in my birthday suit and them taken pic. He slowly pulled my legs apart to get a better pic of my pussy. AS he was doing the pic, his friend took off his swim suit. He ask him what he was doing. he told him the he wanted to lay beside me nake as he took pic.

That way they could tell their friends that he fuck me. As he got on the bed i notice his cock was rock hard and most of been at least 9″ long. Dam it look good He laid down beside me and started to suck and play with my boobs and his hand slide down and playing with my pussy. Which was getting pretty hot and wet. He told his friend that my pussy was all wet as he play with it. I had trouble just laying there and letting him play with me. Then he stop and said that he wanted to get some really good pic. So he stop and pulled my legs apart and slowly laid on top of me.When i didn’t move he finish laying down on me. Then he told his friend to take my legs and pull them up around him. so that it look like i was wrap around him and fucking him. so his friend pulled my legs up and over. But then he took my arms and wrap them around him to make it look like i was really fucking him. His rock hard cock was press between us on my stomack and i could feel how hard it was. his friend started to take pic again. As he was taken pic of him on top of me, it most of look like he was fucking me. he slide down a bit so he could suck on my boobs as he laid on top. But as he slide down his cock slide down my stomach and was rubbing against my pussy now. As he move around his cock was poking against my hot wet pussy getting me hotter . He started to breathing heavy and could tell he knew his cock was rubbing my pussy.As he was slowly poking at it, i was getting to hot.

So i let my leg slide down a bit and by doing so when he slide his cock back up it hit my pussy staingth on and his head of his cock started to slide into my hot wet pussy. he stop when he notice where it was going. he just froze there, and i didn’t know what he was going to do. but then i felt him start to push more into me. Yes, he was putting it home. But then he stop i guess he thought he better not. But by then i was to hot to stop. So before he pulled out i wrap my legs around him tighter pulling him torge me as i push my pussy up to his cock. When i did this his cock slam a couple more inch into me.. i could feel him tense up not know what to do. So then i pulled and push up again and pulling him to me harder. That when he told his friend this bitch is fucking me now. that’s when he started to slam it to me. I found my self groan and moam quit loud and he started to fuck my pussy. I was slam up to meet his ever thrust. wasn’t long and i was cum harder then i had in a long time. As i was cuming he was his finial straw and he was shooting his load into me as he slamming in deeper. when he finish cumming he roll off me and our juice was pouring out of me. they both where stare at me and i just smile at them. I laught and said now guys i wasn’t that drunk. we all kinda laught at that. i look at the guy that was taken pic and i could see his cock was hard and pressing to get out of his shorts. So i jump up and told them i would be right back, i went into the bathroom and clean some of our mess up. I went back out and they both where still there. As i walk over to the bed i reach out and grab his cock threw his short and told him that i thought he like what he saw. he smiled and said yes he did. i laught and went over to the bed and laid out on it. I smile at him and told him he better get out of his clothers because it was his turn to fuck me. he started to peel his clothes off as fast as he could.

When he pulled his shorts off his cock sprang out at me. Wow his cock was bigger and even fatter. I kinda laught and told him that i was glad he was getting sloppy seconds. he laught and said he didn’t think it was going to be to sloppy. AS he climb on top and started to put it to me, I knew it wasn’t going to be sloppy either. i spent the rest of the week there with very little clothes on. they both where fucking me 2 or 3 times a day. I wasn’t complain either.