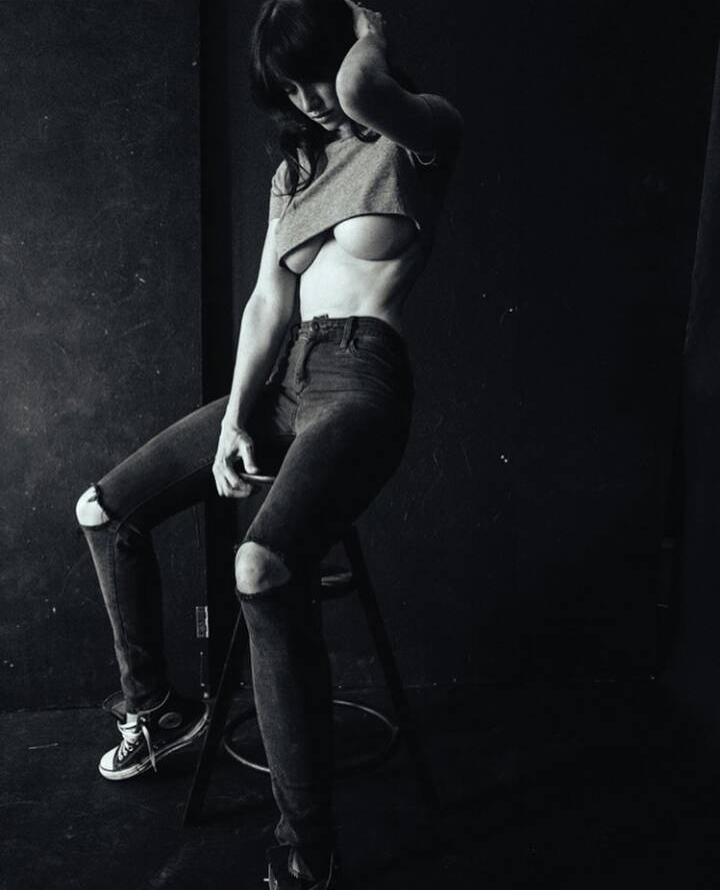 For about the last year my wife has been very down on herself, she has had a few medical problems and she has put on a little weight. This has made our sex life very slow because she says she doesn’t feel sexy even though I praise and encourage her all the time. We decided to take a weekend and go out of town with out the kids, it was her birthday weekend. I made us some plans of a nice dinner at her favorite restaurant and booked us a room at a nicer hotel. I also then made some private plans, I found a guy on line and started talking to him. My plan was that when we got to the hotel after dinner we go to the bar and get a drink and have him hit on her ect.

Well the weekend came and we packed up and went. We get to the hotel and change to go out to eat, she put on a very nice dress and heels. We were chatting at dinner and I was complementing her trying to make her feel good but I could tell I was fighting an uphill battle so I decided to make a bet with her. I told her when we go back to the hotel she was to go in to the bar and I would follow like we didn’t know each other. She was to sit down some place and order a drink and I told her that I bet she would have a guy hitting on her and purchasing her a drink with in thirty minutes and She said she doubted that. So I told her if it happened she was to sit there, as long as she approved of the guy, and relax, have some fun and enjoy his company. I told her then that if he invites her to his room for some fun she was to accept the invitation. She looked at me and told me that she knows that isn’t going to happen.

I got up and went to the restroom and sent a text to my new “friend” telling him the plan. He sent back he all ready had a room and would be waiting for her. I told him to make sure it didn’t look to obvious.

We finished our dinner and went back to the hotel. I waited in the lobby for a minute as she walked in to the bar and sat down. I followed a few minutes later and found a seat across the bar from her, there was a few people in there but not too many. I scanned the room and found my friend who was sitting at the bar with a drink. My wife ordered a drink and was sitting there, I could tell she wasn’t too happy and wanted to get out of there. After about 10 minutes my friend went over to her and started talking her up. She was slow to respond but he eventually did sit down beside her and by her a drink. I could tell that he was giving her the lines but it didn’t appear that she was really responding so I decided to leave the bar and see if that would help her relax and have some fun. I sent her a text telling her I was going to the room for her to stay and have a few drinks and relax with her new friend, she just sent back an okay. I walked out and got on the elevator and went up to our floor but I then went back down via the staircase and found a spot where I could see in the bar but not be seen by my wife.

I could see that she indeed had started to relax some, she was smiling and doing the flirty laugh at what he was saying, this was a good thing. After about an hour her friend got up and went to the restroom. When he did she got busy checking her makeup and then she pulled her dress up her legs exposing more of them. He returned and sat closer to her this time. I could see that he had a hand on her thighs rubbing them and she wasn’t doing anything to stop it so it was looking good. After a few more minutes he leaned in for a kiss and she responded to him. They got in to it hot and heavy and I watched him move his hand under her dress she responded by uncrossing her legs giving him access to her wonderful pussy. They did this then I saw him stop and got the waitress to settle up their tab. I wondered at this point if she was actually going to go to his room or just come back to ours so I went back up the steps to our room and waited. After about ten minutes she didn’t show up so I figured she went to his room and then I got a text from her saying she was going to be in another room and gave me the room number and said not to worry she would be back soon. After a few hours she returned to our room with a very satisfied look on her face and i could tell she had redressed herself because she forgot several buttons.

She stripped and laid down on the bed, I asked if she had a good time and all she could say was uh huh…I looked her over and could see she still had cum dripping out of her pussy…it looked really good. I sat down beside her and started playing with her. She finally started talking and I asked her what she did. She said she went to that guys room, as soon as they walked in that they stripped down and he was on her. She said that he first went down on her and ate her pussy for what seemed for ever and then he mounted her and fucked her like a mad man. I asked if he hurt her and she said oh no…she loved every second of it. I couldn’t hold it after that and I got on her and slid in to get some sloppy seconds. We had the best sex we have had in months that night.

The next morning we got up and she had a new glow to her. We got in the shower and I started playing with her again but she was all ready very aroused. I figured she was thinking of her man from last night. I told her she should go call him and see if he had checked out yet if not go thank him for a wonderful night. She hesitated but did call him and he was still in his room and I heard her say that she will be there in a minute. She quickly put on a dress, no undies, and her heels and took off out of the door. She finally returned a few hours later freshly fucked. I told her it was time to check out if she wanted to change or get freshened up and she said she was fine with what she was wearing and not wearing and we left. On the way home she played with herself in the car and gave some truckers a good show. She now has gotten back in to better moods and she is planning another weekend away from home very soon.