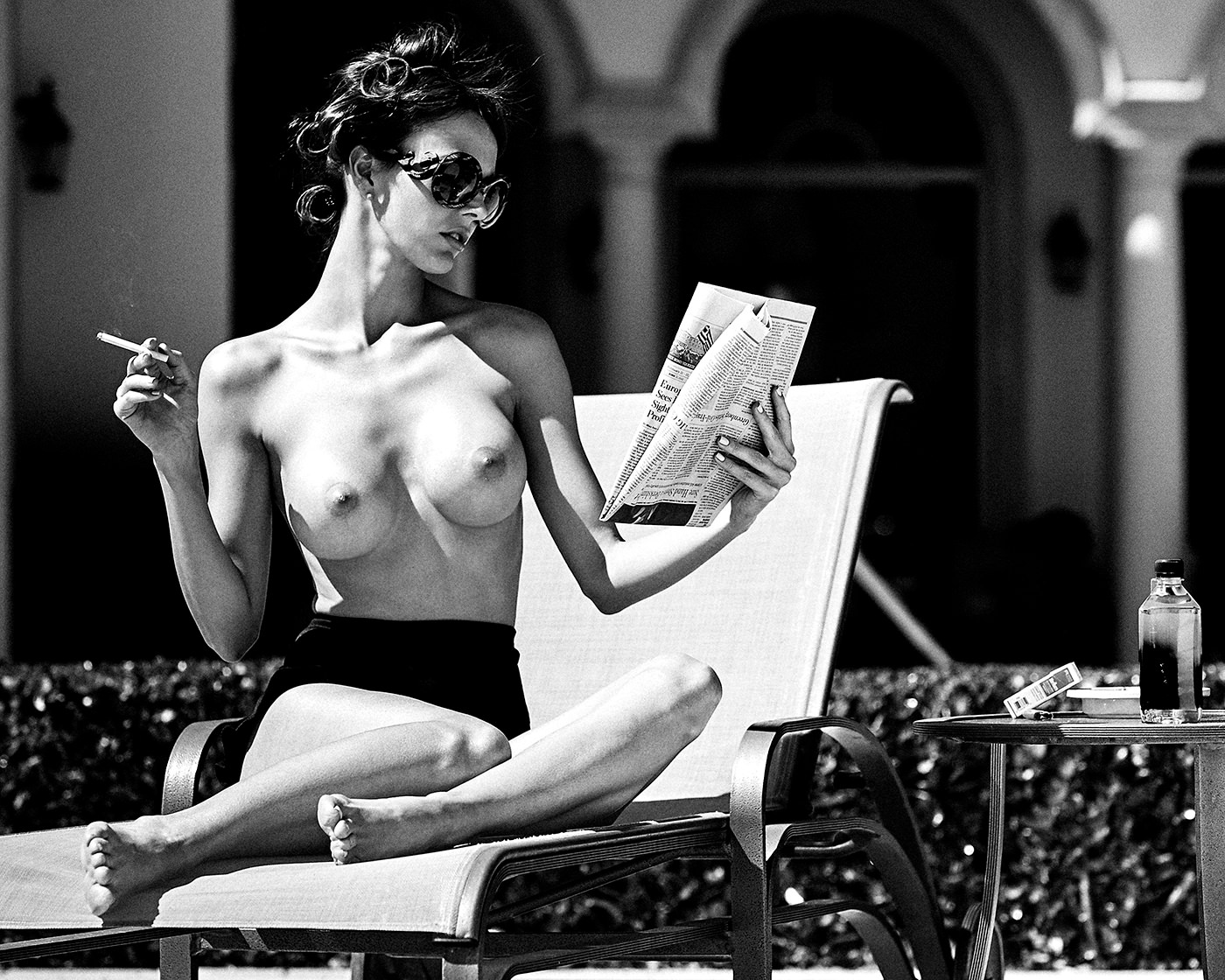 I woke up, it was finally the day…of course…I was already had as the leader of the Slaying Ravens..but I still had to win some matches until I was actually THE leader…I got up from bed, took a bath, brushed my teeth, gelled my hair and went to have breakfast, after that I left with my black bamboo sword on my backpack, I met Alex and Mark on the way…they looked at me and gave me a quick laugh…guess they still weren't used to that scene of me with a bamboo sword….I sighed.

"That because you never saw me fighting…" I said.

"I've heard that it's worse…" Mark said laughing a little.

"I thought brazilians were good in…other sports like soccer and stuff…" Alex said.

"Are you sure you were born in the right place…?" Mark asked.

"I have my doubts…" I said putting my fingers under my chin and looking up.

"You're funny…" Alex said smiling at me.

"I you guys gonna watch me fight today? Please Please?" I said giving them puppy eyes.

"I suppose, I pretty much wanna see your pain face…" Alex said.

kidding…." Alex said laughing at me.

"You guys are so Mark screamed before pulling me by the T-shirt. "Don't think I forgot! You owe me a Gatorade!" He continued.

"You remember good stuff…FOR YOU!" I said poking him a few times.

"Duuuh" He replied. Alex was simply cracking up at us, we ended up cracking up too and as soon as we got to school…we split ourselves to our classes…

After a tiring and boring day at school…we finally met up again…but this time…I was waiting my turn to fight as they were cheering. Swords have always been my little hobbie…I even got a real Black sword back in Brazil for winning the Regional Competition…I loved japanese stuff…even though Brazil is known for its soccer. funk music and samba…as well as Carnival…I was the kind of boy that never really liked soccer, liked rock music, hated Samba and couldn't participate in Carnival of my christian religion…so I picked on Japanese stuff…and of course American stuff…people that got to know me better throughout the year said that I was a "boring brazilian", but of course…it was only a joke.

Finally…my turn to fight was on, I took off my black bamboo sword and stood there, ready to fight…he was the last one of the group that was selected to fight me in the end…so he was obviously the best, I was excited in fighting him and a bit scared too…some people cheered for him…his name was John Cole…he was a nice looking, well built guy, he was blond and had deep blue eyes, he had painted his sword in white…I found that ironic…as I was wearing the team's Black Jacket…he was wearing a white coat which looked cool on him…from all the guys that I fought before…many would taunt me or even follow the training properly…but like me..he was different…he kept himself quiet and held his sword in a different way like me…I started a small before-battle chat.

"no taunting or stuff like that…?" I asked. He smiled at me.

"Don't worry…our swords will talk for us…" He answered, I felt a warmth with that answer…it was just…not expected…I had a good feeling, and as soon as the signal rang…we ran against eachother and slammed our swords togheter…he was strong and kept pushing me back, I pressed my feet on the floor and stopped him, he looked at me with the same smile from before…it was weird…I slid my sword through his and hit his chest with the hilt, he backed off, I was looking for an opening to hit him and end this as fast as I could, I could hear Alex and Mark's cheers for me, I ran at John attempting to end this on the next attack, he looked at me as calm as he could and blocked it, he kept one hand on the sword and pushed me back…I felt but one hit on the neck….after that…all I saw />
I woke up on the floor, John was looking at me and extended his hand at me…I grabbed it and he helped me up…I knew I had lost by now….

"You fight well!" He said smiling.

"Sorry…we weren't introduced right? Haha…My name is John Cole, I sit behind you on biology class" He said.

"Really? I never noticed you there…"

"Guess you're the kind of guy that doesn't look back…" He said.

"Pretty much" I said smiling a bit.

"Well…any time you want to catch up…" He said.

"Fine then…thanks for the fight…" I said.

"Don't let your guard He said turning away with a small smile. I stood there I heard Alex and Mark coming to me.

"Are you ok!?" Alex asked grabbing my shoulders and shaking me. "Does it hurt anywhere!?" he continued.

He said releasing me.

"Oooh..I see where this is going…" Alex said.

said looking at me with puppy eyes….damn…he should be an actor…

buy it" I said grabbing 10 dolars and lifting it up.

"What did I get myself into…?" I said looking up.

"I'll tell you where…" Alex said… "once we get to your place of course…" he continued.

Well…and there we went…. I bought his gatorade and we walked home….they made a silly impression of me fighting all the way there…we got inside my house and we went straight to the bedroom…locking it from behind…and almost instantly we got naked togheter.

"What are we trying today" Mark asked.

"Oh yeah…lay on your stomach" I said…and he did, I simply started massaging Mark for some minutes…he was in daze for ten minutes of the massage…I was pretty sure that if I hadn't stopped the massage, he would end up sleeping…

"I'm good at something too…." Alex said.

"And what would that be?" Mark asked as Alex got near and kissed him, my God…how I was for Mark..Alex was actually a pretty good kisser…even though he was only an starter of course…after some minutes…they broke the kiss and of course…I noticed how Mark got a boner from just that, I turned him around and gave him a stroke.

I replied before licking his dick, he moaned…his dick tasted and smelled really good…

"Then I'm the naughty one" Alex said, I stopped licking and looked at him.

"Then come here!" I said squeezing Mark's dick. "Free Service" I said licking it from the base to the tip, Alex got near and licked it togheter with me while playing with his balls, Mark kept his eyes closed all the time, I stopped and looked at him, everything that went through my mind was several and several times…after all…his dick was actually a pretty nice one…and I didn't fuck him yet…nor did he do any of us…well…I could be the first….

I said. My heart was beating fast.

He said opening his eyes.

"I was thinking…you never fucked anyone right?" I asked.

now?" He asked, Alex simply looked at me as he licked his dick.

"You're gonna have to make it up to me later you know…" Alex said, obviously, Mark still didn't know that we were boyfriends…

"I know I know…how about I suck you as he fucks me?" I said.

"You guess?" I said getting near him.

"Shut up…" I said kissing him, Mark was already getting ready for his fun time…I lowered myself and I got to
work…his precum tasted amazing…I loved the feeling of his foreskin on my tongue…I played with it a little and soon I had everything inside my mouth working that perfect hard shaft inside my mouth, the sound of his moans were incredible…I felt a cold sensation on my ass…obviously, Mark found the lube…now that's what a good boy is….

"You're good at Alex said.

"You're mine now…" Mark said as he pushed the head slowly in…it hurt a LOT….but he's forgiven since it's his first time…he pushed it inside me violently, my luck is that I've already had a dick inside me…if I was still a virgin…that would have hurt a lot more…

awsome!" he screamed as he fucked me fast and hard…I wanted to moan but I had my mouth full….in a second I felt Alex putting his hands on the back of my head as he started to fuck my face, I gagged a little…I knew there was no turning back now…I was desperated to make them cum…so I moved my hand behind Alex and I fingered him, he let out a moan, Mark went faster and deeper, I felt him Balls-deep inside me…he was not that experienced…but his dick was simply are just so awsome…

"I'm gonna cum….I want you to swallow it! Ah…Ah! Here it comes!!" Alex said as he shot inside my mouth, it was so good, I felt him filling up my mouth with his hot, sweet and salty boy seed…I couldn't help it but swallow it right away….after that he took his dick away from me…I was almost />
too…Ah man…Take it!!" Mark screamed as he shot inside me, his dick was pulsing a lot…pretty awsome for a first time….he came what I thought it was a galon of cum…
"Oh Fuuuuck…." He said looking up as he recovered fromm his amazing orgasm…his dick was still inside me…I felt like collapsing on bed….then I got another surprise…Alex went under me and sucked me off good…I was in heaven….I guess I only lasted 6 minutes before I was shooting my own load inside Alex's mouth…he swallowed it rolled over to Mark's side..I simply fell on bed…tired…but I had to take care of something first…I got up…locked the door and then I could relax on bed…

"Awsome…I should fuck you more you know…." Mark said.

"Because I said so…" Alex said.

I was so sleepy I couldn't complain anymore…

"Yeah me too…" Mark continued…

"can you walk yourselves out…? I'm dead tired…I can't move…" I said.

"Sure…talk to you tomorrow" Alex said getting dressed and opening the door.

"Ya, thanks for the fun!" Mark said getting dressed and leaving, closing the foor from Alex came back…

/>
He said kissing me and moving away. " Now it's a good bye" He said smiling…

"Now it's just perfect…" I said….blacking out…

I woke up at night…no one home yet…I took a bath and watched TV for a while until my parents got home…Well…I was still tired….we talked a little…I had dinner and finally I went to bed to sleep….I thought about everything that even John…that warning he gave me….

Was that…beyond the fight…was that…something else…? I really need to stop worrying so much…I turned around only to see my black wooden Sword…