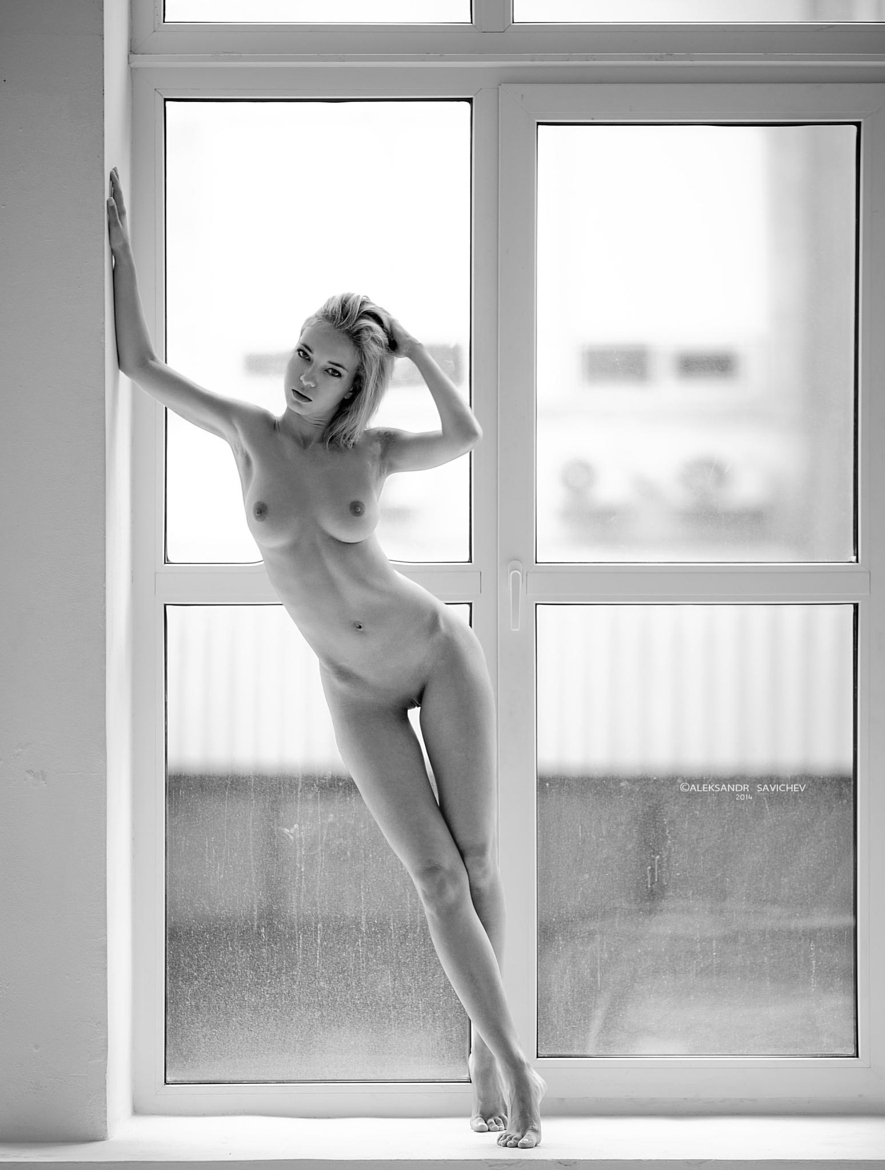 My husband Dan and I were about to celebrate our fifteenth wedding anniversary, but for some reason heâ€™d been spending all his spare time volunteering for the â€˜parent participation organizationâ€™.

Heâ€™d go to work at the office, come home exactly on time, sit down to dinner, then rush off to the school to help chaperone an event or head to his study to organize the next one.

I didnâ€™t have the heart to complain, the kids loved seeing their Dad at school every now and then, and I was happy they were spending more time together, but with our anniversary coming up just days before Valentineâ€™s I couldnâ€™t help but feel like he was hiding something from me, or worse, trying to avoid me.

Sarah stayed late at school for her soccer practice and Britney went to visit her twin best friends Jenna and Tanya. When Dan came home from work and sat down to dinner, I was looking forward to the alone time.

â€œHow was your day today?â€ I asked.

â€œWell what have you been doing with the school lately?â€ I asked.

â€œThe usual,â€ he replied, looking down at his plate.

It was so unlike him. Without being able to control it I burst into tears at the table, I felt like I was losing him.

With my hands over my eyes I heard his chair scrape against the tile floor as he raced to my side.

â€œNancy, Iâ€™m so sorry,â€ he said, with such conviction the lump in my throat disappeared.

I looked up at him and he stared back into my eyes with a pained look,

â€œI love you Nancy, I donâ€™t want to hurt you,â€ then he pressed his lips against mine and buried his fingers in my hair. I felt my whole body react to his touch. Everything was fine again. My mind stopped racing and my pulse quickened. When we parted, he grabbed my hand and kissed each finger one by one.

â€œI love you, I always will,â€ he said as he smiled down on me.

We finished our dinner, but before I could clear the dishes he said,

â€œI have something I need to do tonight for the school, please donâ€™t be mad.â€

I was crushed. I expected us to take things further after dinner, but I faked a smile, grabbed the plates, and said,

I went to bed early, feeling even worse than I did before his apology. Tomorrow was our anniversary, and all he could talk about was that damn school.

After midnight I felt him join me in bed as I lay half asleep. He kissed my shoulder and whispered

My eyes filled with tears, I was being ridiculous. Dan loved me just as much as he ever did, and I just had to support him. I drifted off to sleep taking comfort in his warmth beside me.

The next morning, I woke up and the bed was filled with rose petals.

I looked at the time, it was 8:20, the girls were already on the bus for school and Dan must have turned off my alarm. There was a single rose lying in Danâ€™s spot on the bed, and attached to it was a note that read:

Go to the bathroom, then meet me downstairs xx

I opened the door to our bathroom and the mirror was filled with pictures of me and Dan. There must have been a hundred photos covering the entire mirror, some were from when we started dating in grade 12, some from our prom together, others from our wedding, our kidsâ€™ birthdays, and vacations.

Every picture showed us arm in arm, smiling at the camera, and I realized how deeply I loved him. I could have spent hours looking at all the pictures, but stuck on top of all the photos was a post-it note that read:

You donâ€™t need to get ready, youâ€™re beautiful just the way you are xx

I ran my fingers through my hair and walked down the stairs to our kitchen. There was Dan, in a suit at tie, at 8:30 in the morning. He was making crepes, and there was already a plate ready for me next to another long stem rose.

I walked up to him and wrapped my arms around him. I kissed him the way I did fifteen years ago at the altar. He was the only man Iâ€™d ever loved, and I wanted to have him, to feel the warmth of his lips against mine, every day for the rest of my life.

â€œDonâ€™t you want to know whatâ€™s going on?â€ he asked with a smile after our passionate kiss.

â€œOf course, Iâ€™ve been dying to know,â€ I answered.

â€œOkay sit down and eat,â€ he insisted. So I sat down at the table and started to nibble on my crepe when he began to speak.

â€œCelebrating our anniversary with the girls has been great the last few years, but I can count on one hand the number of nights we have alone together since they were born. Fifteen is a big year for us and I wanted to show you how important you really are to me, not just as the mother of my kids but at the most beautiful and important person in my life.â€

I blushed and felt a knot building in my throat.

â€œI decided a while ago that I wanted to do something special with you for Valentineâ€™s this year, but I wanted the girls to have a good time too. I didnâ€™t want to just drop the kids off with our parents or their friends, I wanted the whole day together. I got this idea of a school dance.

â€œI talked with the principle and the teachers about having a dance for the kids so parents could have a day to themselves. I called all the volunteers, teachers, and organizers of the school to see who was willing to chaperone. Theyâ€™ve set up extended after school hours so kids can stay at school and get ready together over dinner.

â€œTheyâ€™re ordering pizza for everyone. Iâ€™ve even arranged with some of the other moms to have carpools ready after the dance and Britt and Sarah both have sleepovers planned tonight. They let me organize everything if I agreed to help out with the other activities as well, so Iâ€™ve been spending most of my time there to make sure that tonight worked out for us.â€

At this point tears were streaming down my cheeks. I wanted something romantic but I never imagined this. He planned every detail. I was in shock. I was still too amazed to speak.

â€œI have a few reservations and activities planned if you want to go out, or we can just stay in and enjoy the house if you want,â€ he said.

â€œWeâ€™re not going anywhere except upstairsâ€ I answered.

â€œI was hoping youâ€™d say that,â€ he said. He scooped me up and slowly carried me up the stairs.

He laid me down in the bed full of rose petals then took off his suit jacket and tie.

I hurried over to help him take off his restrictive clothes. I undid the first few buttons of his shirt and started to kiss his neck. He had sprayed my favorite cologne and I felt his warm hands sneak under my nightgown until they caressed my back.

I kissed him as I finished undoing his shirt, and as soon as all the buttons were loose he pealed the remaining fabric off his arms and lifted the thin gown I was wearing up and over my head exposing my plump breasts and bare buttock
s.

He pinned my arms over my head and pressed his bare chest against mine. He kissed the insides of my arms until he reached my shoulder then he spread his lips and traces his tongue from my shoulder blade to the outside of my breasts his tongue massaged my soft sensitive skin, but he purposely avoided my nipple.

I started panting as my nipple grew erect. He slowly grazed his flat tongue against the pink of my breast and my pelvis contracted in anticipation. He circled his tongue around my nipple and gently sucked. His hand caressed my other breast and I began to unfasten his belt.

He picked the tie up off the floor and tied my hands together against the bedpost.

I never knew my husband was full of such brilliant ideas.

He got up off the bed, took his pants off, and sat at the foot of the bed naked. He grabbed my left foot and kissed the ankle. His lips inched their way up my leg until he came to my pelvis. Only his lips and tongue touched my body, and his gentle kisses were making me ache for more.

He nestled his face in my pubic hair and kissed me. It was so hard for me to lay still, my legs involuntarily jerked at my side because of the sweet sensation building in my groin. With his lips at just the right spot and his tongue batting back and forth I arched my back in ecstasy.

As I tied his arms above his head, I leaned over him, and flaunted my breasts in his face.

I kissed my way down his chest and stomach and let my lips graze his inner thighs. I grabbed the base of his shaft and pressed my tongue against him, licking up his shaft.

I swirled my tongue around his head then wrapped my lips around his member moving my head back and forth against the twisting motion of my hand. When I felt he was getting close, I pressed my body flat against him, so his shaft was between my breasts and I brushed forward against him.

I supported myself on top of him, kissed his lips with longing, and slowly lowered myself on to him. We both let out a moan of relief and we joined together and thrust into each other. I knew he wanted to put his hands on my body, so I untied his wrists and let him hold me.

He grabbed my butt and helped support me as we rocked back and forth into each other. As we found out rhythm things heated up. We both had sweat forming on our chests and back and we were panting mercilessly.

My hands reached for his face and I kissed his smooth cheeks and chin and nose. His lips found mine and our kiss matched the fast pace of our hips. We broke apart for air, and I nestle my face in his shoulder, grinding into him deeper.

â€œI love you baby,â€ he moaned in my ear as he found his release.

â€œI love you too,â€ I said as I closed my eyes and let the sensation take me over. I was filled with so much love and gratitude that I was immobilized. I lay shacking on top of him and I rose and fell with each breath he took.