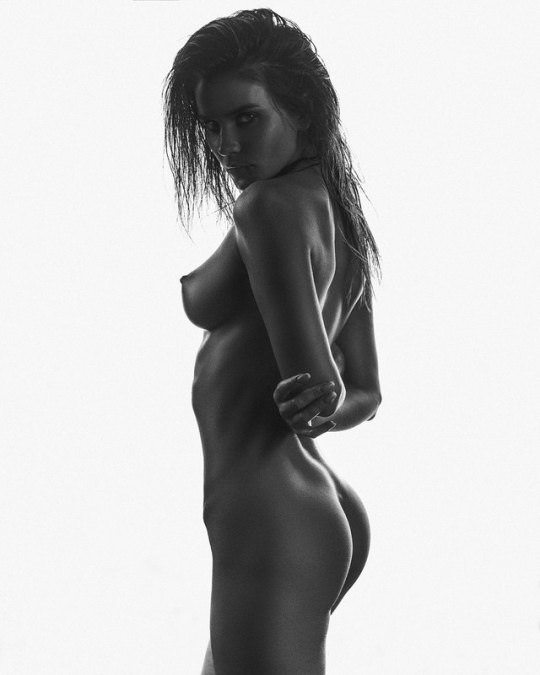 We had finished skiing for the day and were tired and cold and were looking forward to a cold beer at the base lodge. It was a dark wooded bar with a roaring fireplace. There were lots of tired skiers enjoying their treat at the end of a strenuous day. We had a booth near the fire and it was a fairly private with only one other booth in our view. My girlfriend Marie pushed her boots off and warmed her feet near the fire. She pulled her ski pants off leaving just her long underwear covering her lower half. She has an amazing tight ass which looks great in the tight silk underwear. From my viewpoint I could clearly see that she wasn’t wearing and panties, as was her usual habit. She mentioned that she wanted to change into jeans but noticed the couple in the other booth had taken notice of her beautiful body. The other couple was cute and had casually changed seats so they were sitting on the same side of the booth which gave them a better view between Marie’s? legs which were still on the hearth near the fire.

I leaned over and whispered to her to change but give them a show first. We love to have people watch us and this was an opportunity that she couldn’t pass up. We refreshed our drinks and so did the cute couple.

Marie got up and began to pack some of our gear. She bent over her bag and gave the couple a pussy view from behind. Marie?s pussy lips are beautiful. They are visible through her long underwear which are tight and are now slightly clinging to her wet lips. A slight wet spot is visible from behind and they definitely took notice. The girl (a brunette) with long hair motioned to her man and he tilted his head to get the right angle. Her right hand was now inside his thighs rubbing his cock. His jeans were pretty tight and the outline of his cock was very visible.

We cleaned up, packed our gear and as we were passing by them the brunette whispered to Marie, thanks for letting us watch you finger yourself, it was so sexy. Marie leaned over and held up index finger (which was still wet with juices) and slowly slide it into the brunettes beautiful mouth. The brunette closed her lips and took her whole finger in and sucked it as Marie pulled it out. Marie whispered back to her and said, join us in the hot tub at the condo for more?..