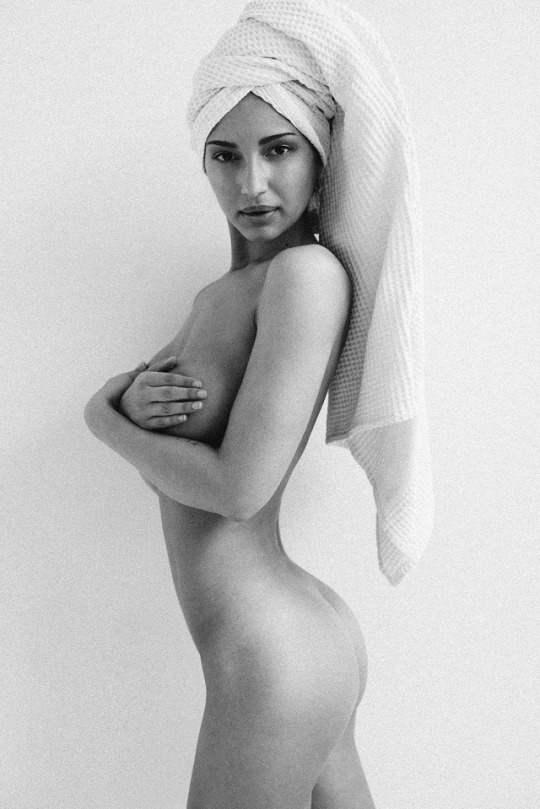 As Barry showered, I could hear the couple in the next villa going at it. Hard. At first it was just a bit of rocking and moaning, but after ten minutes or so, the woman started screaming and the man was moaning just as loud.

As much as I wanted to be offended, I felt myself getting moist, and all I wanted to do was watch first hand as she took her husbandâ€™s cock.

Iâ€™d seen the couple walk by our water villa, all smiles. They were practically racing to their door. The girl had thick brown hair and a petite frame, and the man had a strong build. They both looked to be in their early twenties.

Itâ€™s odd they could afford a private water villa in the Maldives, my husband I had saved up for five years for this anniversary trip. We married young and couldnâ€™t afford a honeymoon, so this was the first big trip we took together as a couple.

â€œOh babe you know I want you, but I just showered for dinner, we have our reservation in half an hour.â€

I knew he was right, but I could barely walk to the shower I was so aroused.

â€œOkay, youâ€™re right,â€ I agreed, as I awkwardly lifted myself from the bed. He pulled me back down, into his sweaty naked body.

â€œBut if you really want me, I have to do my husbandly duty,â€ he said.

â€œI love you,â€ I said, and kissed his lips.

He pulled my bottoms down and entered me from behind. As we lay together spooning, he slowly moved in and out of me. After five years of marriage he knew how to hit all the right places, and in only five minutes, we were both moaning as we found our release.

I showered, put on a bit of makeup, and dried my fine blonde hair. By the time I was ready we were already a few minutes late for our reservation.

When we got into the restaurant, our table was right next to the couple from next door. I was surprised to see them acting normal when I knew how wild they were in the bedroom.

I was a bit shy at first, gluing my eyes to the menu, but Barry was always one to make new friends.

â€œWe havenâ€™t seen you guys around, whenâ€™d you get here?â€

â€œOh we just got in a few hours ago actually,â€ said the young girl.

â€œHow are you liking it so far?â€ he asked and I couldnâ€™t help but smile.

I saw the girl was blushing, but her husband answered enthusiastically,â€œEverything has been great, right honey,â€ as he squeezed his partnerâ€™s hand.

â€œYou guys seem really great, is it your honeymoon?â€ I said, realizing that I had come to the conclusion they were married without any real evidence.

â€œWell congratulations to both of you, Iâ€™m Barry and this is my gorgeous wife Linda.â€

â€œIâ€™m Amanda and this is Derek,â€ said the brunette.

Just as we were all shaking hands, one of the workers came over and asked if we would prefer a table together. Everyone seemed keen, so we all relocated to a corner booth.

They told us about their beautiful wedding ceremony, and about their lives back home in Illinois. We told them about our home in Boston and all about the beauty of the resort. Before our entrees had gotten to the table we had finished two bottles of wine.

I could already feel the alcohol going to my head. Every time I looked at Amanda my pulse would quicken and I wanted to touch her smooth skin. I looked over at Barry and saw the look in his eyes as he spoke with Derek. I could tell the manâ€™s toned physique reminded him of his own body five years ago, and I knew that excited him.

Barry and I never cheated on each other per se, but we like to experiment as a couple with other couples.

None of our friends knew this about us, and it took me and Barry a while to open up to each other about our strange desire, but we found that the more open we were, the more couples we found like us. Most people just want to explore their sexuality whether theyâ€™re married or not.

â€œWhat? Sorry, I was lost. What did you say?â€

â€œI said weâ€™d love to show them around the resort after dinner.â€

â€œOh of course!â€ I said, taking another gulp of wine.

I gave Barry a look. Even though Iâ€™ve only used it a few times, he knew what it meant. He knew I wanted them.

We continued to drink and talk until we were the last ones in the restaurant. Our husbands held us up as Amanda and I stumbled outside giggling.

â€œOne minute guys,â€ I said, pulling Barry aside. I quickly explained what I had heard before, trying to keep my voice down.

â€œSo thatâ€™s what made you so excited before. Okay, well, weâ€™ll see what happens.â€

We joined Derek and Amanda and showed them the main sites of the resort. Barry was testing out Derek, putting his hand on his arm when he spoke and leading Amanda by her waist. The physical contact didnâ€™t seem to bother him. We both got even more excited.

Eventually we came back to our water villa at the end of the dock, next to theirs.

â€œSo this is our place,â€ I said.

â€œOh really!â€ Amanda exclaimed, obviously without thinking. â€œSorry I mean, what a coincidence.â€ She started to blush again.

â€œDonâ€™t worry, I like that weâ€™re neighbors,â€ I tried to say in a seductive way. Barry knew what I was trying to do, but I couldnâ€™t tell what the girlâ€™s reaction was because the wine was clouding my judgement.

â€œCome inside will you,â€ Barry said.

We opened the mini-bar and the boys had a beer. I sat next to Amanda and tried to test her.

â€œOh thanks, so are you. I canâ€™t believe youâ€™ve been married for five years, you look younger than me,â€ she said.

I just laughed. â€œWhat I would do for your body,â€ I said.

She blushed, but she was already flush from the wine. I could tell she had drunk more than she could handle, but she was looking at me. Waiting. So I leaned in and kissed her. I put my hand in her thick brown hair and pulled her face close to mine.

Before I could understand what was happening it was Barryâ€™s lips I was kissing, and Derek and Amanda were undressing each other. I loved Barry and I wanted him, but I wasnâ€™t done with Amanda.

Derek had slipped his hand up Amandaâ€™s dress to pull down her panties, and when he tossed them on the floor, I made my way over to her.

At this point the three
of us were on the bed and Barry was unbuckling his belt about to join us. As Derek lifted Amandaâ€™s shirt and sucked her small pink nipples, I made my way between her legs and licked her tight pink pussy.

As I massaged her inner thighs and stuck my tongue inside of her, tasting her juices, I felt my husband spank my ass and pull down my panties. He put two fingers inside of me and shook my whole body with his intensity. I could hear Amanda moaning beneath Derekâ€™s lips which were pressed against hers in a passionate kiss.

Soon Barry slid his hard cock inside of me, and pounded into me as my mouth was dripping with the taste of Amandaâ€™s sweet pussy. I wanted her to come. I wanted to make her reach her peak. She was sucking on Derekâ€™s big cock, but I wanted her to be satisfied first. I flicked my tongue across her clitoris until she was moaning so loud she was almost chocking on Derekâ€™s cock. I put my fingers inside of her and felt her come.

As I moved up the bed to make room for Barry, Derek leaned over and kissed my lips.

â€œI love the taste of Amanda,â€ he said, licking his lips after pulling away from mine. â€œLet me taste you.â€

Amanda already had her mouth around Barryâ€™s cock, I could see a string of saliva connecting her open mouth to the tip of his juicy dick.

As I watched her go down on my husband and lick the taste of my pussy of his shaft, Derek moved my blonde hair to the side and licked my neck. His tongue traced its way to my ear, licking the folds until all I could hear or feel was the moisture and the heat of his tongue inside of me. He lay on his back and helped me straddle him.

As I grinded into his pelvis, I could hear Barry moaning, almost ready to come.

Derek grabbed my breasts, they were much bigger than Amandaâ€™s and he seemed to love watching them bounce as a moved up and down on his dick.

Barry picked up Amanda who was bending over his crotch, and laid her down on the bed next to us. She reached up and grabbed the bed posts with both hands. I reached over and grabbed one of her small breasts in my hand. I continued grinding into Derek, but the feel of her soft skin in my hand made me even more excited.

Barry pushed his way inside of her and her whole body shook, her small breast threatening to leave my grasp with every thrust.

I couldnâ€™t take it any more, my head was swimming with so much hazy pleasure. I felt it in the pit of my stomach in a way I rarely did. My whole body was on edge, and as I rocked back and forth on the biggest dick Iâ€™ve ever fucked, I squirted all over his chest and pelvis, shaking uncontrollably.

When Derek felt me coming, it was impossible for him to hold back, and soon we were both swimming in a bed of our juices.

The sight of me coming so hard set Barry off as well. While Derek and I lay unable to move, Barry thrust into Amanda until she was screaming like she was earlier. She almost had tears in her eyes, and watching them come together was one of the most exciting things Iâ€™ve ever seen.

We all lay together, and with all the wine, I could barely stay conscious. I fell asleep, not caring about showering, getting dressed or anything. Barry would take care of me. I just hoped Derek and Amanda would be back tomorrow so we could do it all again, sober.