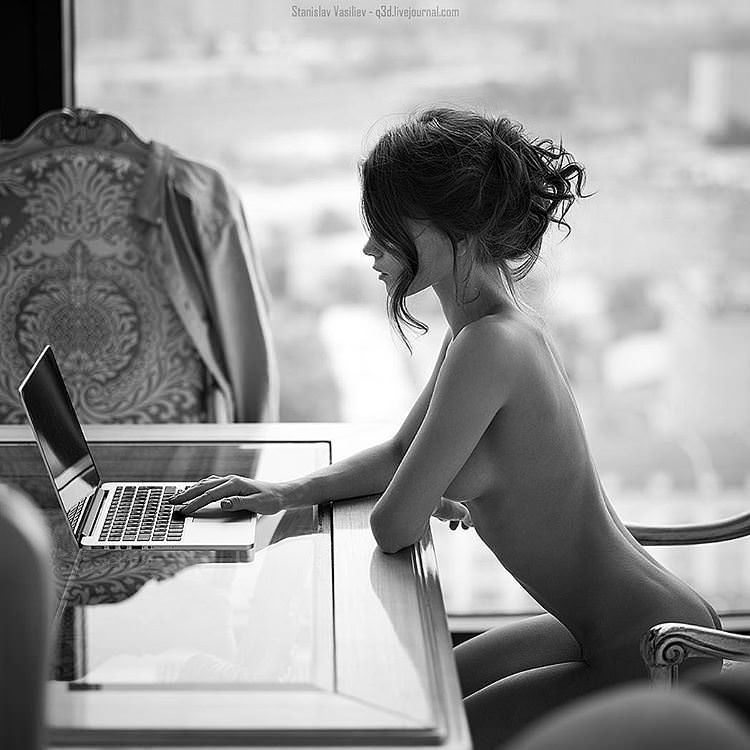 It all started when a friend of mine, Jeff invited me to a pool party that a friend of his was having at his remote home. Jeff told me that his friend had open pool parties at his home every weekend during the summer and I should come up. He told me that he was already there and I should come and have some fun, and flips, then headed out to the address Jeff had given. Driving there I realized my shorts were shorter that that of public wear and the air passed up over my legs making way to my manly parts that was eager for the promised excitement. As I arrived at the address given to me, I saw a vehicle in the carport and my friends vehicle as well as another car parked in the wide spot reserved for parking along the mountain road. I parked and got out, I took note that the property was completely fenced in and set below the road yet only the roof top of the home could be seen.

I walked to the heavy wooden gate. On the gate was a sign that read “No Clothes Allowed”. Well that set the stage I thought. I took a deep breath and stepped inside. I saw a well maintained garden with numerous plants and rock walls terraced to form flower beds up and down the stone path leading down onto the property. I didn’t see anyone but I could hear music playing off to my right. There was a small cast iron garden table to my left. Taking the sign on the gate as law I stripped naked and laid my clothes on the table. I realized I was standing there naked in the garden of my host, someone I had not even met. I walked down the stone path to where I had herd the music coming from.

I found a large in ground pool with a shaded bar to the left. Around the pool I saw 4 other nude men to include my friend Jeff standing near the bar. I walked up to him as he smiled and saying glad I made it. Jeff introduced me to our host Steve, an older man tanned proof that he spent most of his time nude in his garden. As he came closer I said hello and thank you for inviting me, to my surprise, he took hold of my manhood saying that he liked what I had brought to the party. I dropped to my knees taking him in my mouth to show my gratitude. After a brief oral introduction, the other two guys walked up to me, introducing themselves in the same way.

The first was Rob, a man about 40 and a nice 6inch average size dick. The second was Branden, a smooth skinned younger man I guessed to be late 20’s maybe early 30’s with a beautiful 8 ½ inch, thicker than average shaved cock. After introductions, my host asked if I would like a drink and please make myself at home. I took a beer and found a lounger facing the sun, not far away. I surveyed the surrounding estate. I realized that the landscape and double wooden fence secluded this garden oasis from public view entirely. The warm sun felt good on my nude body, as I like nude sunbathing a lot. Jeff walked up to me with his 9 inch at my face level, asking me if I liked this place and if he could do anything for me. Branden had taken a seat alongside my lounger and was stroking my legs and thighs. Branden started stroking my fully erect cock as I reached to take my friend Jeff in my hand. I could smell his musky smell of him having already cum at least once. Branden realizing he had me going, bent over and started licking the head of my cock.

Jeff moved closed to allow me to take him in my mouth. I tried to emulate the actions of Branden now on his hands and knees working up and down my screaming shaft. We all were caught up in our fun while Rob and Steve were enjoying the show. It added to our excitement to being watched. Branden was really making slow love to my cock working up and down, allowing the cool air to blow over my wet testicles. I could tell I was doing good on Jeff as he steadied himself by holding on to my chair and moaning out loud. I notice we had an added another guest. Mike a tall fairly well built man with a large thick cock that had to be 9 ½ inches. I looked over to see Steve was on his knees sucking rob at the bar. Mike walked to them and making some small talk then moved to where we were. Jeff took charge to introduce each of us, as he was the only one that didn’t have a mouth full of hard dick. Mike took advantage of the moment and opportunity that Branden was on his hand and knees, his ass exposed in the sun and his cock dangling free for the taking.

Mike began massaging Branden’s ass and reaching between his legs took hold of his hard cock. Mike continues to work his cock while picking up some sun lotion near my lounge. He squirted some of the creamy lotion on Branden’s warm ass and began workin it toward his ass. It wasn’t long before I saw a finger slip into that smooth tight ass. Branden let out a moan of even greater pleasure as he swallowed me to the hilt. I continued to work on Jeff, praying please don’t let me cum to soon. Mike moved in behind Branden and as he moved his huge thick cock near Branden’s ass, I knew what lay instore for him. As Mike shoved forward and as his head penetrated that tight puckered hole, Branden arched up off my cock letting out a very loud moan of pleasure and pain. Mike never backed up till he reached full penetration. Branden didn’t take long to getting back to the cock sucking he had been giving me.

As Mike picked up movement in and out of Branden’s ass I could hear his balls slapping against his recipient’s ass cheeks. Mike grabbed Branden’s waist and arched back to drive even deeper. As Jeff laid his hand on my head to pull me tight to him and the feeling in my balls, I knew it wasn’t going to take long for all of us to blow a load. I placed my left hand on the back of Branden’s head as I cupped Jeff’s balls in my right hand. At this point there could have been a hundred people there, there was no stopping. Jeff is moaning OH MY GOD! I feel his load start from his shaft and I shove him to the back of my throat. Mike is pumping furiously as sweat is beading on his face and Branden is taking every bit of him and me in. Just then I can’t hold out any longer. I let go with a blast that I was sure would gag my young cock sucker. Mike arched back twitching with orgasm. To my surprise, Branden took every drop as he rose up of my cock smiling in complete satisfaction. As we all tried to recovery to reality both Steve and Rob applauded our performance.