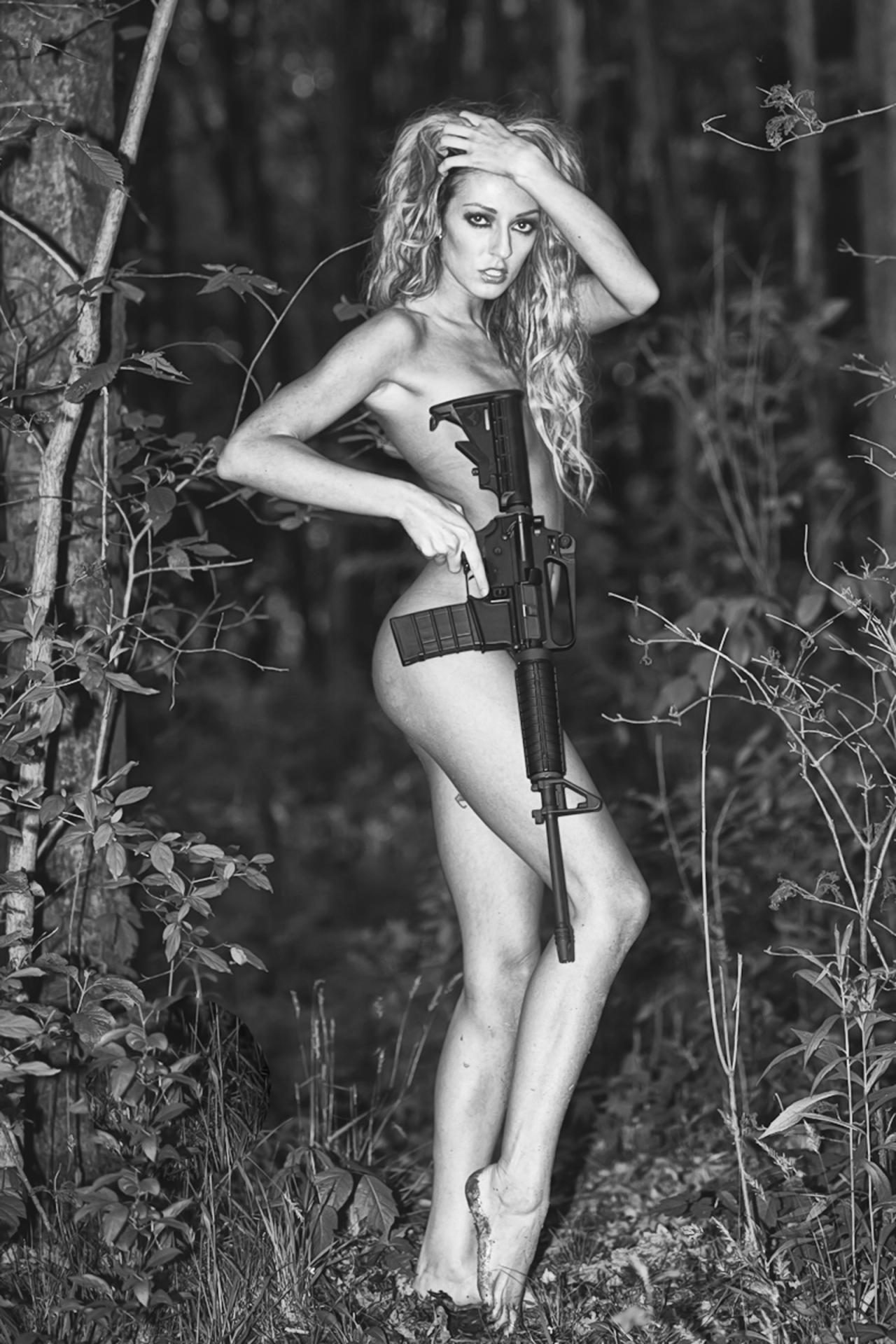 Liz was my best friend when we were kids – we were totally inseparable.

We had shared everything over the years. That was until Liz moved away with her family when she was 16.

Troy was the third member of our group. He was a bit nerdy but always was there when we needed him. He was really smart too.

It had been 10 years since I had seen Liz. From the moment she walked through the Airport gate I couldn’t take her eyes off her. Liz was different. Very different.

Sure her long blond hair was still there and those blue eyes were still deep enough to swim into. But there was something different about her. She was way move confident and clearly very sure about herself.

I grabbed her bags and we headed to the car. Liz told me stories about her old school and new friends she had made, and the new shop she had opened called Skin Deep beauty.

When we arrived at my place we when straight inside. It was an apartment in a block with three other units. Mine was on the top floor and when on the balcony you could see the waves rolling into the sands of Palm Beach.

I tossed Liz a towel and said to use the en-suite. She sculled her glass of Penfolds swung on her heels and headed to my shower.

She looked incredible. My eyes looked her up and down watching her ass sway as she headed down the hall. I was still standing there after she turned and went into the shower.

I tossed down my glass of wine and took a few deep breaths. I could fell my pulse running faster then usual. I poured another glass and took another big swig.

Liz called out from the shower.

â€˜Sandra can you be a darling and grab my shampoo out of my bag? Itâ€™s from my salon.â€™

I grabbed it and took it to the door. I slid it part open and tried to hand it in.

I walked in as Liz opened the shower door the steam hiding from full view.

Her body was now coming into full view. Wow she was toned and tanned and as bald as the day she was born.

Her nipples where hard as the water ran to the edge and dripped off. I felt drawn to them – I wanted to suck them. I was in a trance.

She broke the spell by saying that the salon was doing great and that she was thinking about starting another one in town.

â€˜Oh that would be awesome.â€™ I said quickly. â€˜There is nothing really like it here.â€™

I headed out to make us some afternoon snacks as Liz enjoyed her shower.  I found my glass of red and took two gulps and finish it off. I was still unsure what had just happened.

I am defiantly a meat eater. In fact I love cock the bigger the better.

I had never thought about being with a woman before and now all I wanted to do was to kiss and taste Liz, to suck her nipples feel them get hard in my mouth. My pussy started to become moist at the thought.

My hand slid down my front finding my clit, which was aching to be rubbed. Standing in the kitchen with the fruit on the table and two empty glasses of wine I was lost in a daze of pleasure rubbing my clit through my skirt.

I was snapped out of it by the sound of Liz walking into the room.

I quickly moved my hand from my wet crotch and swung around to face her. There standing in the sunlight cast through the open window overlooking the beach stood Liz. And except for the towel wrapped around her wet hair she was naked.

â€˜I prefer to air dry instead of rubbing the skin off with a towel.â€™ she said.

â€˜I love being naked. Remember when we skinny-dipped in the lake Dees? And that guy come down to watch. What was his name?â€™

In truth I was only catching every second word. I ached to kiss her and to feel her kiss me.

My pussy squeezed tight as could be.

â€˜Iâ€™m not sure. Last I heard he went to Uni – we lost touch after high school. But not until he took my virginity.â€™ I said proudly.

â€˜Yep we did on prom night. He took me to the dinner and dance and well one thing led to another and he fucked me in the back of his old manâ€™s car.â€™ I said with a shy grin.

â€˜No fucking way. Unbelievable. And tell me… was he any good?â€™ Liz chirped.

â€˜It was teenage sex. He was so big I had trouble getting it inside me and when he did get it half in he made some moaning sounds, screamed â€œI love you Lizâ€ and came all over my hairy pussy.â€™

â€˜Yep he did. He was fucking me but thinking about you!â€™

Liz shook her head in disbelief.

â€˜Well it was a lady. My boss at the first salon I ever worked at. She would do Brazilians you know wax all the pubes off. And one afternoon the shop was closed and she asked if I was ready to give it a go.

You know me always ready for anything so I waxed her pussy clean. Her womanhood looked incredible and she asked me to rub in aloe vera gel to settle the redness.

I grabbed the gel and softly rubbed it into the reddened skin my fingers rubbing her clit and outer folds as I went.â€™

Liz had taken her towel off her hair and it was draped over her shoulder covering her left breast. The table covered her privates that I now longed to see. I have never waxed all my pubes off, but now couldnâ€™t wait to have it done.

â€˜Wellâ€¦ she asked me how tidy I was down there. I was scared but thought â€œwhy not? She does this all the time my 18 year old pussy isnâ€™t the first or the last she will ever see.â€ I lifted my skirt and pulled down the front of my undies.

She was a bit shocked I think. â€œOh Liz that will never do.â€  she said. â€œYou man must choke every time he eats that sweet thing!”

And she told me to lay on the waxing table. I pulled my skit up and panties down and laid as she had said. I was mesmerized by her.â€™ said Liz .

I fully understood. All I could think of was touching kissing and eating Liz.

â€˜I felt her hand rub between my legs and over my mound to my clit and feeling the touch of anther person for the first time, my hips rose to meet it instinctively. She then began to smear the warm wax all over
my pubic hair smoothing it out and touching my clit again and again as she smiled at me.

I knew that waxing hurt – I saw people scream cry and some get up and leave but I was determined to have it all done to impress her or because I was scared of her I donâ€™t really know – but fuck it hurt!

But she then soothed my red parts with the gel and she asked if it hurt and I told her just a little and before I knew it she was kissing me all around my pussy.

Far from pain – I was now lost in pleasure I never even knew existed. She started to lick my clit and it jumped to attention, as did my nipples.  She noticed them through my tight t-shirt. And she felt for them and tweaked them as she continued to lick me and kiss me and suck my lips into her mouth.

When I came I didnâ€™t even know what I was doing or what was happening. I wanted to get up and run but she laid me down and told me to enjoy.

I did. My body was shaking and my hips bucked into her face and she never missed a beat.

I felt her fingers play with the outside of my virgin hole and I so wanted her to stick them in to be the first person to explore me.

â€œPlease do it.â€ I begged. She didnâ€™t need to be asked again – her mouth worked on my clit and lips as two of her fingers explored the inner recesses of me. To add to this her free had was now under my shirt and bra and my nipples were enjoying her frequent touch and squeezing.â€™

â€˜I couldnâ€™t open my eyes and I tried to talk but my words didnâ€™t make sense. I was lost in a pleasure only us two would ever share. I felt her fingers slide out of my now popped cherry virgin hole and she kissed me and held me close.â€™

â€˜Every now and then she drops in to be serviced in one way or another. It always ends up with a smile on both of our faces!â€™