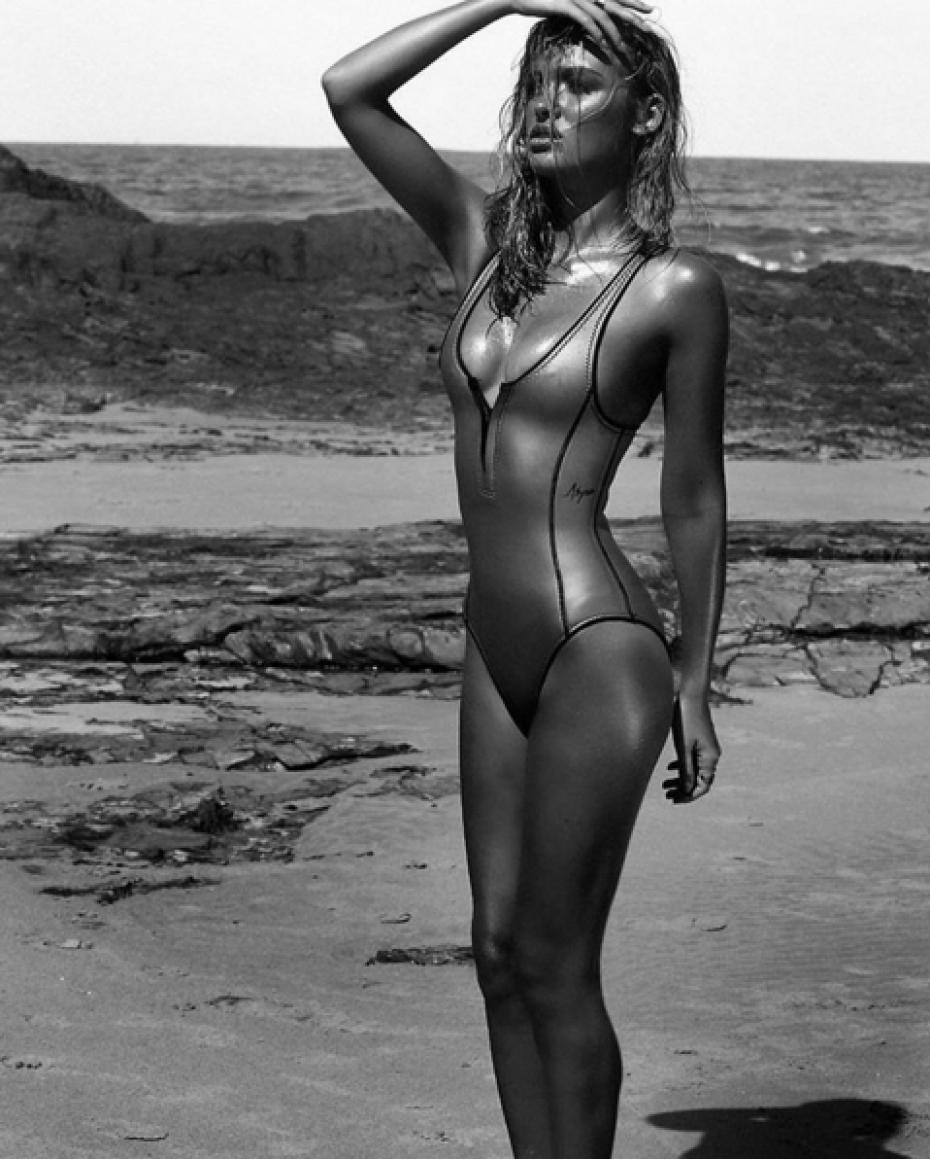 My wife Ann and I became friends with a guy that she worked with. Mark had just split up with his wife and we started doing some social things together. As things fell apart Mark left his job and moved back home for a new job. However, he kept in touch with us and visited often. One weekend he came to stay at our house. We spent the evening joking and of course making some sexual comments and innuendos. I knew he had the hots for Ann. Ann had to go to work as she did the over-night shift at the hospital. Mark and I sat around having a few more drinks and then headed for bed. The next morning Ann got home from work and was getting ready for bed.

She came out of the bathroom in her sexy night shirt and saw that Mark was awake in the adjoining bedroom. She innocently went in to say good morning and sat on the edge of the bed. She didn’t realize her effect on him until he started stroking her thigh. Suddenly she gave him a quick kiss and said she had to get some sleep. She crawled into bed next to me and seeing me awake, told me what happened.

She said she felt guilty and didn’t want him to think she was teasing as that was the farthest thing from her mind. I started needling her a little bit and told her she was the worse kind of cock-tease. She was one of those ladies who didn’t even realize it and I said she would have to make it up to him some how. With a sly look I told her I was going to take a shower. I turned the shower on and was pretty excited just wondering what she might do. I opened the bathroom door and could see right into our bedroom and she wasn’t there. I sneaked out a little bit just as she had slipped into the guest bedroom where Mark was wide awake. I watched as she approached the bed and dropper her panties. I heard her say that she didn’t have much time as I’d be out of the shower soon but she wanted to take care of him. She dropper her panties, pulled down the covers and straddle Mark’s throbbing cock.

It didn’t tak very long before I heard him moan with excitement as he came in her pussy. She got off quickly and I gave her a couple of minutes before I turned off the shower and headed back to our room. I crawled back in bed acting like I had no idea what had just happened. She said “I don’t feel guilty anymore.” I pretended not to understand and asked her what she meant. She said, “I just slipped into the bedroom and fucked Mark. I’m sure you don’t want me to be a cock-tease, so I took care of things”. I said “yeah, sure.” I was going to play along with her. She said, “if you don’t believe me, check it out for yourself”. I ran my hand up under her nightshirt and she hadn’t put her panties back on. Her pussy was clearly soaked and proved she had just been fucked. I was raging, rolled over on her and enjoyed the sloppy seconds.

Finishing in about 30 seconds, it was clear that she needed more. Being much younger and able to quickly get ready for the doule-header, I quickly pulled her on top and let her ride me until she had a screaming orgasm. I hadn’t come a second time yet so I thought I’d treat her like the wild little thing she had become. I to off of her and moved up to her mouth so she could tast the combination of my and Mark’s cum, and then give her a fresh one of my own. This was the start of a wild and sexy weekend.