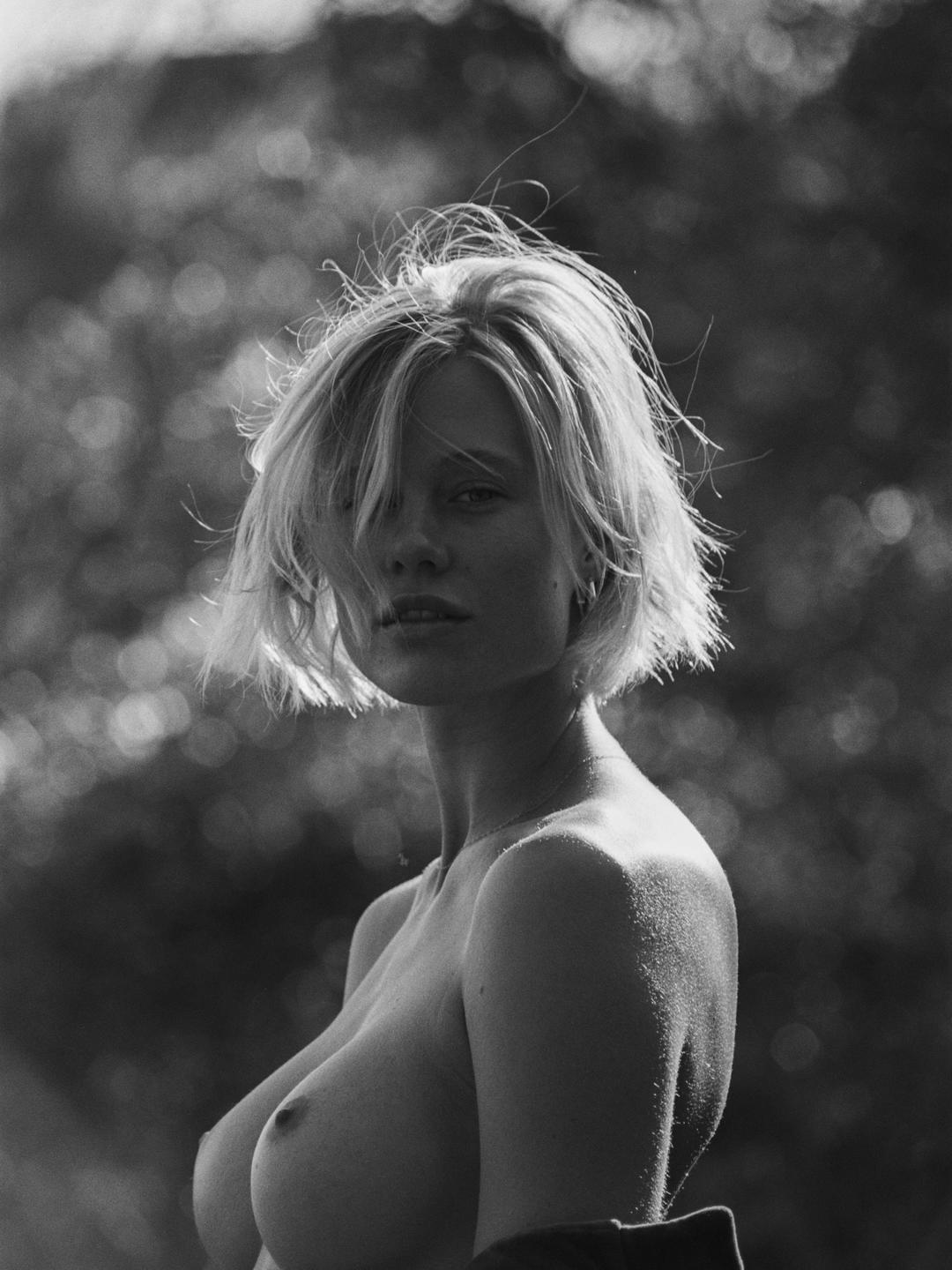 After my anal sex experience with Carter, we became very good friends. We didn’t see each other as often as we would like, because we were both really busy. My work was becoming more demanding, and I was working my way up the ladder. Carter was also really busy, but I was never sure what he was busy with. The winter months died away, and we had sex whenever we could. It definitely wasn’t enough though. I began to seek out gay sex from other sources. I still had the occasional woman as well. I hooked up with a few different guys, and continued to see Carter when possible. As spring drew to a close, I was awarded a top executive position with my company. One of the perks I was given was a two month paid vacation, as long as I put at least one week a month in from home. I was thrilled, but I was a little upset as well. What was I going to do with all this time? I could always search for hook ups, but I was a little tired of having a bunch of different partners. And the truth was, I really needed to be careful who I was sleeping with. As if he read my mind, Carter called me when I got home that day. I told him about my promotion and my time off, and he said great. There was a strange tone of excitement in his voice. He asked if he could come over the next day and said that we needed to talk.

you have to work” I asked.

“I have the day off” Carter replied.

“Okay, come on over and we can have some lunch and talk” I said.

I woke up the next day and tooled about the house. A normal person would tidy up before they were having company, but I am extremely neat, so there was nothing to tidy up. I set some steaks out for lunch and went to take a shower. I stroked my cock the entire time, and blew another load of semen down the drain. Time must have really flown by, because no sooner than I finished dressing that my doorbell rang. I walked to the door and swung it open. Nothing could have prepared me for what I saw on the other side.

I gasped and stared out the door. At the other end of my gaze stood Carter, as handsome as ever, and next to Carter stood a short, skinny blonde haired boy. The boy could not be any older than ten or eleven, but he had the same good looks as Carter. He was extremely tan like any kid his age and he looked at me slightly shyly. The look of shock was clearly evident on my face, because Carter was staring at me.

“I have a lot to tell you” he said.
We sat down to lunch and had a long talk. Carter told me that the blond haired boy was his 12 year old son Jacob. I also found out that Carter was 30. He was a little older than I thought, but still good looking. Carter proceeded to tell me that he was a teacher, and he was off for the summer. This explanation also shed light on why he was always so busy. We talked into the night, and I asked Carter and Jacob to stay for dinner. When we departed, I was still slightly in shock, but I was also horny. I realized that it wasn’t really Carter that was turning me on, but his son Jacob. I felt slightly sick at this thought. I went to bed without jacking off, but I dreamed about Carter and his son a lot.

We hung out a lot during my time off. During my second month off, Carter and Jacob came over to swim. Jacob had really taken a shining to me. He jumped up and gave me a hug as soon as I opened the door. We walked into the living room, and I turned around to see Jacob standing naked and taking his bathing suit out of his bag. I was a little shocked, but seeing him from behind was turning me on slightly. I could see his small hairless balls through his slightly spread legs. I was happy that Carter did not see me staring at his son this way, as he had walked into the bathroom to change. Apparently, Jacob and I had reached a new plateau in our relationship. He was clearly comfortable with me now. We swam around, and I invited Carter and Jacob to stay the night. They agreed, and we headed off to bed a few hours later. We put Jacob into the spare bedroom and he drifted off pretty quickly. Carter and I strolled into my bedroom and closed the door. We immediately stripped off our clothes. I walked over and sat down on the end of my bed and pulled Carter over by the hand. I reached out and started stroking his cock. It got hard pretty quick, and I immediately took his cock into my mouth.

“Hold on” Carter said, and he pushed me down onto the bed. He then climbed up on the bed and turned around so that we were in a 69 position. I immediately took his cock back into my mouth and focused on the head. Carter took my dick in his mouth and started moving his mouth up and down my shaft. I kept up with the dick sucking for a couple of minutes, then took my mouth off his cock and moved my tongue to his balls. I kept moving my tongue further down his balls until I reached his asshole. I then plunged my tongue into his asshole and started tongue fucking him. This was a new sensation for me, but I did it naturally. Carter shook a little from shock, and immediately shot his load on my chest. He stopped sucking my dick.

worry, I owe you one” he replied. With that, he pulled out some lube and handed it to me. I looked at the lube, and then looked at him and it hit me. I have never fucked Carter in the ass before. I started lubing up my cock, and Carter bent over the edge of the bed. I didn’t need to lube his ass up because my saliva was still in his asshole. I walked up behind and rubbed my dick up and down the crack of his ass. I found his asshole, and pushed my head in. It slid in easily, and I started to slowly push my 6 ½” dick into his ass. I met very little resistance, and I assumed that Carter had sought other sexual partners when we weren’t able to get together, just as I had done. My cock was in all the way to the balls fairly quickly. I worked up a steady rhythm and fell into a trance to the sound of my balls slapping his ass. He was moaning with pleasure, and I was moaning even louder. I felt the cum building up in my balls and knew I wouldn’t last much longer. I could tell that Carter was jacking off to my rhythm and it made me fuck him that much harder. I was literally pounding his ass when I entered into an orgasm. I started yelling a little louder than I wanted to, but I just couldn’t help myself. My dick was still twitching when I realized that Carter was cumming on my bed. We moved up in the bed and covered up with a sheet. A minute later, the door opened up and Jacob was standing there looking at us.

“Daddy, I couldn’t sleep” Jacob said. It was this moment that I realized that Jacob was naked. I thought back and realized that I never gave them any shorts or anything, or even offered to dry his swim suit. Carter got out of bed and walked over to Jacob, not even slightly shy that he was still completely naked as well. He still had a slight hard-on, and he looked impressive as he bent down to comfort his son. He was whispering to Jacob for a few seconds, then came over to my side of the bed and bent down.

“Jacob can’t sleep, do you mind if he sleeps with us” asked Carter.

worry about it” Carter said. “We are always naked around our house. We are sort of />

I was hit with another shock wave. A second later, Carter walked over to Jacob and walked him over to the bed. I was a little surprised when Jacob jumped in the bed first, between me and Carter. I was slightly embarrassed when I realized that I had a raging hard-on again. We were laying for a little while when Jacob kind of rolled into me and put his head on my chest and his arm across my stomach. I realized from the breathing sounds that I was the only one still awake, laying in an awkward position.

We woke up the next day and decided to swim some more. Carter asked me if we could swim naked, and I said no problem. We were in the pool for a while, and Carter and I got out and sat in some lounge chairs. We had a discussion, and I found myself paying more attention to Jacob swimming around naked and beautiful in the pool, with his wet skin glistening in the sun. I realized that he had an all over tan, and I realized that Carter did too. They really were nudists. I found my hand roaming over to Carter’s dick and a minute later his fist was around mine. We sat there stroking each other’s cock, feet away from Carter’s 12 year old son. I asked if we should stop, and Carter told me not to worry. If Jacob came over, he would handle it. We stroked each other to a great orgasm, and we wiped our loads off of our chests. At that moment, Carter asked me if I would accompany him and Jacob on a two week camping trip in two days.