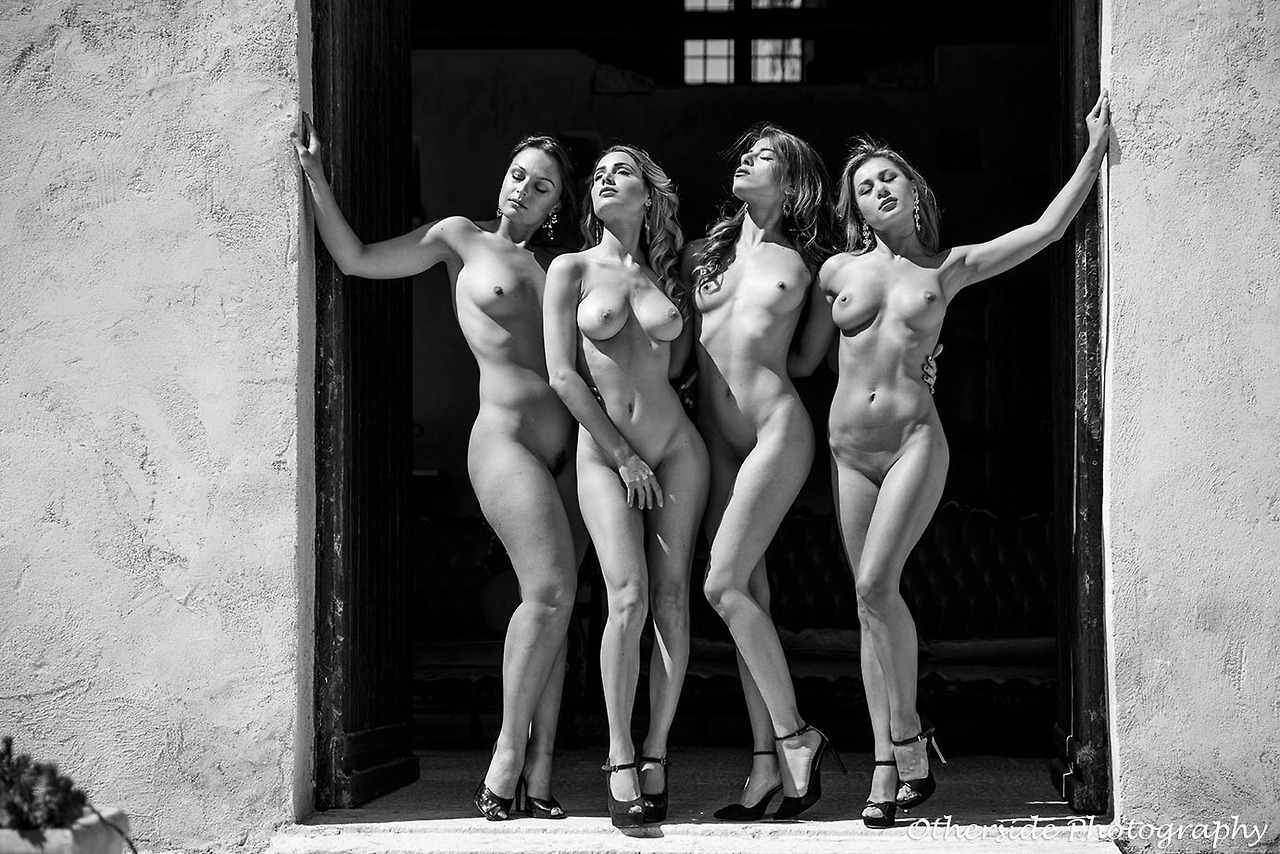 Want to be Tied up and tortured?
FREE BONDAGE
Knock first, ask for Scott

I ripped down the fake flyer some joker put on my door, keyed it and walked in. Ever since my roommate learned I was into bondage, my social life had gone steadily downhill from there. He freaked, moved out, and pretty much the whole floor ostracized me. Setting my stuff down on my coffee table, I changed out of my cold weather clothes into shorts and a T-shirt.

The door was in the center of the room, which was eighteen feet wide and eleven deep. My bed was to the right, his to the left. His was lofted all the way up, the mattress two feet from the ceiling just to get it out of the way. My bed was at a normal level with my desk right next to it, the bed actually being used as the desk chair. His desk was clean, typically used for homework for me. Across from the door there was a window, and beneath that a seven foot wide futon. I cleaned some old clothes and empty water bottles out of the middle of the floor and sat down to watch TV. I had just found something decent to watch when I heard a light tapping on the door.

“Come in?” I asked, not sure if there was actually someone out there. My door slowly opened, and I recognized Tara from the floor below me. Tara was the definition plain girl next door. She was very skinny, about and maybe 110 pounds. She had plain brown hair, just past her shoulder that was always in a pony-tail. She had one of those timid, shy, though smiling faces and was nice to everyone, and noticed by no one.

“I saw the sign she trailed off and forced a weak smile. After a split second of eye contact, hers fell to the ground.

“That was a joke by some of the assholes on the floor, I’m not real popular around here, you may have />
“Oh,” she said, turning red in the face.

She started to leave, but I stood up. interested in bondage?” She nodded. I motioned for her to sit down on the futon, she joined me. Her movements were jerky, awkward; I could tell she was very nervous. Once she was sitting she seemed to calm down a little.

“So, what are you interested in?” She shrugged. “Oh, come on, you can do better than that.”

She finally looked me in the eye, with an odd sort of look to her and said, />
I laughed, “Well I highly doubt that, but since you don’t seem to be sure, would you like to give it a shot, right here, right now, and see what you’re into?”

She nodded and forced a nervous smile.

“First of all, we should establish limits, do you have any?”

/>
“Things that you absolutely won’t do, be they of a sexual nature, bondage positions, pain play, just anything that you’re just flat-out not into.”

too painful. Gags kind of scare me too. And no breath play, that really freaks me out.”

it? You’re sure?” She nodded. light pain, rope bondage, it’s all good?” Another nod. “Well then, any particular place you’d like to start?” She shrugged again. I thought for a moment, and then tried a different approach. “Well, for starters, you can remove that long sleeve shirt and those jeans.”

She kind of stared at me for a moment in disbelief.

“Is there a />
She shook her head and peeled off a kelly-green long sleeve shirt to reveal a faded, loose white tank top underneath. She paused for a moment before slowly unbuttoning the jeans. She pulled down the zipper slowly as well, too slow. I walked up to her and gave a sharp yank downwards. The loose jeans dropped to her ankles to reveal a pair of plain white cotton panties and almost as white, skinny, but very sexy legs.

She stood there with a red face staring at the ground while her hands fidgeted nervously in front of her. I walked up to her and placed a hand under her chin, raising her head until her eyes met mine. “Still with me?” She nodded and gave a weak smile. “Get on your knees.” She quickly dropped to her knees in front of me.

I walked up to her until the obvious bulge in my shorts was only inches from her face. She continued her downward gaze towards the floor as I stood in front of her. Finally I slid my bondage box out from under the futon. I pulled out some rope wound tightly around a wooden dowel. I cut a length to my satisfaction then walked in front of her again.

“Bend down so your back is parallel to the floor and put your arms together behind your back.” She complied immediately, the tank top riding up to reveal a thin crescent of skin. I swiftly and securely bound her wrists together, ensuring it was loose enough to be comfortable, and tight enough so as to not be too comfortable.

When I finished, I reached down and hauled her to her feet. She tested her bonds with a small struggle before falling still in front of me.

“Excellent, have a seat.” I motioned what was my former roommate’s desk chair. She walked over and took a seat, her arms hanging behind the low back of the chair. With another piece of rope, I bound her knees to each arm, spreading her wide, and her ankles to the front legs. I also tied a length of rope from her wrists down to the crossbar that connected the back legs.

“Would you like to suck my cock?” She shook her head immediately. fine,” I said reassuringly. I reached down into the box and pulled out two clothespins. I walked over to her and lifted her shirt. She gasped in shock, and started to say something. I laid a ball-gag on her shoulder and she stayed silent. Surprisingly, this shy little girl wore no bra under her tank top, having allowed her modest A-cup breasts to roam free. I massaged her tiny nipples until they hardened. Then I attached a clothespin to each one.

She winced with the touch of each clothespin, and eventually started to whine. “Do I have to gag you?” She vigorously shook her head no, and stayed silent, though her face remained twisted slightly in pain. I stared at her for a while, enjoying the sight of a helpless bondage virgin, and letting her get acclimated to the clamps.

I grabbed a pair of scissors from my desk drawer and walked towards her. Her expression went from pain to fear, and only relaxed slightly when I cut her panties off her and tossed them in the trash. Her pussy was completely shaved, another surprise, and was tiny…no surprise there. Everything on the girl seemed to be scaled down in size.

I pulled a small leather whip and approached her. After running it up and down her skin to get her nervous, I sharply smacked her exposed pussy. Her legs instinctively tried to close, but were held back by the ropes. She let out another whimper. I whipped her five more times. Her legs twitched against the ropes with each strike, and her whimpering pleas grew louder and louder.

I reached a finger down to her clit and rubbed across it for a moment. Her expression softened, but only slightly as I toyed with her body. Her legs struggled against the ropes again but she could do nothing. I slipped a finger in and began thrusting in and out. She whimpered again, but this time in a different way. Finally she started to get wet. She moaned softly, and I pulled my finger out and whipped her again. She shrieked and jumped in surprise. I whipped her again, repeatedly until she let out a scream.

“Please may I suck your dick?”

“You had your chance for that, I want more.”

“We can do this more she offered.

“I think you know how to reword that.”

She stared at me for a while, and then finally ventured, “Can I be your slave?”

“There you go, that wasn’t so hard, was it?” She turned red again and looked at the ground. I put down the whip and removed the clamps. She grunted as the blood rushing back in brought a brief, intense pain. I cut her tank top off of her and tossed that aside as well, making her fully naked and completing her vulnerability.

I released her from the chair, but kept her arms bound. I grabbed a riding crop from the box and walked her over to my bed. I sat against the head with my legs spread; pulling her by the hair so she was kneeling in between them.

“Time for you to learn how to suck a cock, slave.” From my seated position, I stripped myself and let my clothes fall to the floor next to the bed. With my left hand, I grabbed a firm grip of her hair. With my right I held the riding crop.

going to learn to do it just the way I like it and you’re going to be punished until you do.” I gave her a light smack on the ass with the crop. for being so reluctant earlier. Now, take my head in your mouth.”

She leaned closer and slipped the head of my seven and a half inch cock between her lips, and held it there, waiting for my instructions. I whipped her hard on the ass with the crop. She jumped a bit and let out a cock-muffled grunt, but otherwise held still. “That was to make sure you don’t do anything you’ll regret while learning to service me. Go down as far as you can and hold it.”

She moved herself about 2 inches down on my cock and stopped. With my grip on her hair, I pulled her down another inch before she started to struggle against me. I held her down for a moment before letting her up for air. She breathed heavily, tears now streaming down her cheeks. I gave her a swat on the tits, stop.” She went down again, this time going almost as far as I pulled her. “Much better slave; now start the />
She slowly slid her head up and down my cock, her eyes flitting back and forth between my face and the work she was doing. I swatted her again, “move your tongue around my dick, taste me.” I felt her wet tongue start to explore, to move back and forth while she moved up and down. “Much better.”

With my grip on her hair, I started to increase her pace. With no other choice, she matched her speed to the one I dragged her along at. I pulled her deeper and deeper, causing her to gag a few times, but she didn’t resist. After a while, I had her moving up and down four inches of my cock, and licking all around me in a decent blowjob. I put down the crop and put the other hand on her head, pulling her as I thrusted into her throat. She still gagged when I went too deep, but took it like a good slave.

I don’t want a slave right now.” I tossed her clothes out after and shut the door.

story by: the author