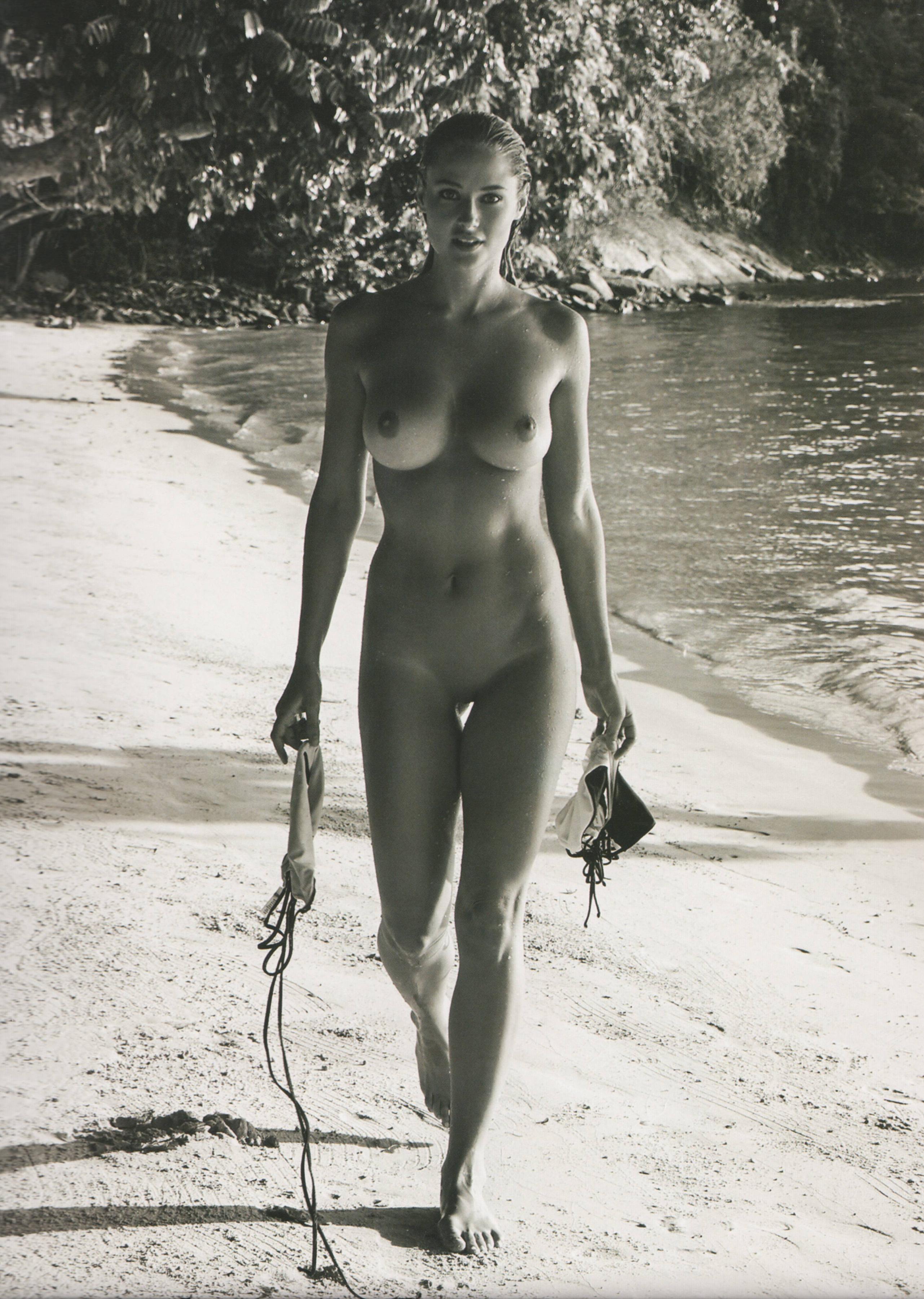 The first time he came over, it wast that weird. He just moved into the neighborhood and wanted to meet people. He came over, introduced himself, talked for a bit and left. Then he started coming over more often. On random days. My parents just accepted it, saying he really wanted to make new friends. But every time he came over he would end up staring at me.

Now I've never had a boyfriend before, or had sex. Let alone have an older man stare at me. I thought he was handsome. Very handsome in fact.

One day my parents actually invited him over to have a dinner and movie night. When I heard about this my heart raced. I decided to wear tight shorts and a very tight shirt that showed off my full breasts. I didn't know why I wanted to dress up like that for him, but I did. He came over around 8. I answered the door.

He smiled and I moved to let him in the door my parents greeted him and they had a conversation. I got my phone out and started playing a game. After a while James came over to me and sat next to me on the couch. He was pretending that he was looking at the game I was playing. But I knew he was looking down my shirt. Then my mother called us for dinner and he got up and helped me up, he grabbed my waist when I stood up. Then he just walked to the kitchen. I sat next to him.

He complimented my mothers cooking and talked sports with my dad. I wasn't very interested. But then I felt something warm touch my thigh. It was James' hand. I snuck a quick glance at him and he winked then moved his hand back up to the table.

"What kind of movies do you like, James?" My mom asked

"I'm up for anything"

"Great! I have the perfect movie. Not for kids though. So goodnight Phaedra."

I nodded, took care of my dishes and headed to my room. I could hear them laughing and talking and I wish I could be out there still. With James touching my thigh. I wanted him to touch my pussy. To fuck me. I wanted to suck his dick. to please him. i always had a fantasy about being dominated by older men. When I got into my room I shut the door and started touching myself, leaning against the door. Why did I want James so bad?

Then there was a knock on my door. I fixed my self and opened the door. James was there.

"I just wanted to say />
I stood there for a second, silent. My heart racing.

"And to apologize for staring at you earlier. You are just so beautiful, I couldn't help it."

I had an amazing orgasm that night.

James didn't come over that often anymore. He said because he got an amazing job and was trying to keep it. But I missed him. Every day I started thinking more and more about him, fantasizing about him. Touching myself because of him. I really wanted him to be my first. But I was under age and I was probably wrong about what he felt for me. A girl could still dream though.

"Goodbye Phaedra! See you tomorrow! If you need anything just call us."

My parents left. They were going to some boring business convention for the night. I had just planned to watch a movie and snack. I went into my room and put on a very comfortable white silk dress one of my friends bought me. (I wasn't allowed to have "sexy" clothes like that) then I laid down on the couch and started a movie. I started to drift off when there was a knock on the door. I opened the door and there was James wearing a red button up shirt that showed off his lean body and black jeans. He looked down at me in my white silk dress and smiled. I could see a bulge in his pants form. I blushed.

"Umm…sure. Come in. I don't think my parents would mind"

He sat down on the couch, making himself comfortable. I made some popcorn, got us some pop and sat down with him. We watched the movie together. And every once in a while he would move closer to me. I looked over at him and he looked away quickly. I looked down at my silk dress, realizing you could clearly see my breasts through it, along with my red panties. They matched his shirt. Knowing that he had been staring at my breasts turned me on.

"Have you ever had a boyfriend?" James asked.

"Have I what?" I asked turning to face him, muting the movie.

"I find you attractive, if you haven't guessed from me staring at you and I know this is not the best thing to ask to a 14 year old…but, I was just wondering if you are a virgin?"

The bulge grew again. But he didn't ask anything else so I un-muted the movie again. A few minutes later he had his hand on my thigh, his fingers a but under the seam in my dress. Then, like that day at dinner he move his hands up my thigh closer to my pussy. But this time he didn't pull away. Once he got to my pantie line he stopped. By now I was already very wet. He paused for a moment then brushed his hand over my panties.

I breathed out slowly. He laughed.

"Have you ever done anything with a guy?" I shook my head. He just smiled then turned off the movie. "Well tonight, we fix that."

He stood up and lifted me up. He grabbed me and kissed me hard, holding my waist and the back of my neck. He moved the hand on my waist to my ass and squeezed. I was putty in his hands. He pulled back then lifted my dress up.

"I've been waiting a long time to see these beautiful breasts naked. To taste them." He pushed me down onto the couch and started sucking on my breast, grabbing the other one hard. While he sucked he started to pinch and twist my nipple. Then he bit my nipple and I gasped.

He looked up at me, concerned. "Did that hurt?"

I moaned "not at all" he continued to fondle my breasts.

"They are even better than I imagined. Now it's time to get to the good stuff."
He looked at me hungrily. Then he lifted me up and carried me to my room. He started to unbutton his shirt. I got on my knees and started to undo his pants.
"Well, someone isn't as innocent as they seem."

I pulled down his pants and then slowly, his underwear. His massive cock sprung out of his pants. I just stared at it.

"You're huge!" I yelled, grabbing his dick. I licked the tip of his cock, not really sure what to do. He grabbed the back of my neck, tangling his fingers in my brown hair. Then he pushed my face closer to him, forcing his dick into my mouth. I started to gag, but he kept going.

"Oh yeah. Oh yeah. Take my cock. Suck it." I gagged a bit more before he took it out and I could breathe again. But that didn't last long. He started fucking my face, making me gag every time he went in. "Touch yourself" he ordered, and I obeyed.

Then he pulled out. His dick and my chin covered in spit. "Maybe I went to hard on you for your first time…" He said looking down at me trying to catch my breathe. I shook my head and licked up his cock.

"It was perfect." I responded. He pulled me up again and set me on my bed.

"Your turn." He mumbled before ripping my panties off and opening my legs. He started to rub my clit and I breathed in sharply. He went faster and faster. I grabbed onto the sheets and arched my back, withering in orgasm.

"That was amazing" I sighed

"Oh, we are no where near done yet, sweetie" this time he brought a finger down to my opening and shoved it in. "God you are so wet and tight"

"That's it girl. That's it. Moan for me" he said quickly before returning. I reached another orgasm and screamed, grabbing and pulling his hair, screaming his name. When I calmed down he kissed up my body and kissed me on the lips.

"I love hearing you screaming my name"

He laid on the bed and pulled me on top of him. "Now ride my cock."

I kissed him before I grabbed his huge, throbbing cock and started sliding down
It. He moaned a little when the tip of his cock was in me. And we both shared a moan when I moved down his shaft. I put my hands on his chest ad started to slowly ride him. He put his hands on my waist, urging me to go faster, so I did.

I started to get close to anther orgasm so I sped up even more. My pussy righted more as I came on his adult dick. He moved so i was under him again ad started to thrust into me really hard and fast. I was moaning again. He grabbed my face and made me look at him.

"Yes, but for now, shower." I obeyed and showered. When I got out he was gone but my phone was out on my bed with his number written on a piece of paper next to it, on the paper was written "I expect some sexy photos of you out of the shower"