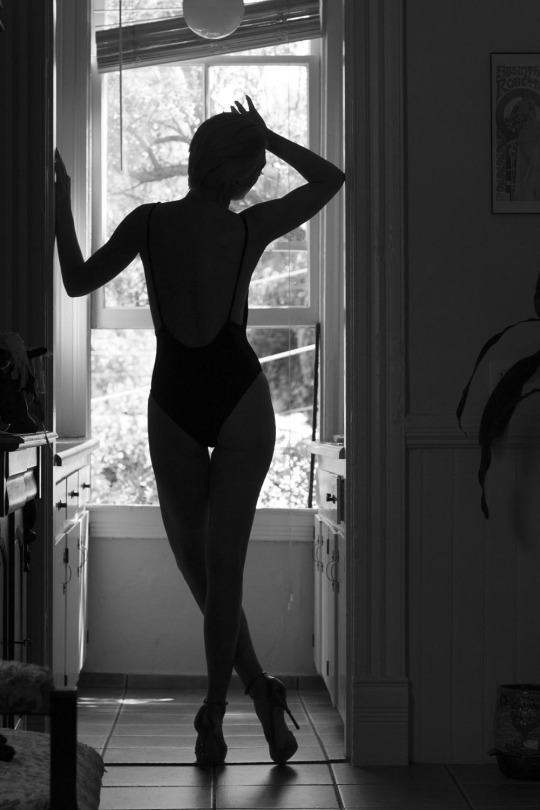 Me, my cousin Kara, and my aunt Misty sat down to eat breakfast I was very uncomfortable do to the raging hard on in my shorts being strangled by the tight fabric. While we ate my cousin Kevin came in and sat across from me at the table. It was hard holding a conversation with him when every so often I would feel Kara's, Misty's, or both of their hands rub my cock through my shorts. I was relieved when he told us that he was going to take Kyle to the park for the afternoon, I knew that I was going to get to fool around with these two beautiful women and I couldn't wait.

After we finished breakfast I helped misty clear the table while Kevin and Kara were talking. We were behind Kevin where only Kara could see when misty reached down and pulled my cock out of my shorts and knelt down and sucked my semi-hard cock into her mouth. She started bobbing her head up and down and when Kara noticed she let a slight moan escape Kevin started to turn around to see what she was staring at. I pulled my shorts up and turned toward the sink while misty acted like she was picking something up off the floor. My heart was racing what was she thinking I thought, but I had never been so turned on in my life.

Looking at Misty Kevin said he was going to get Kyle and they were leaving for the park. Once we saw Kevin’s car pull out of the garage and take off down the driveway and disappear we all laughed. “What the hell was that about?” I asked looking at misty. She told me how the thought of getting caught turned her on so much that it soaked her panties all the way through. “I would love to see that” I said. “come over here and you can more than see them” she said as she lifted the front of the skirt she was wearing and spread her legs wide.

I almost ran over to where she sat on the kitchen chair dropping to my knees and reaching for the crotch of her noticeably wet panties. I heard Kara say from behind me “Slow down momma likes her panties taken off slow the same way she likes her pussy licked, ain't that right momma?” “Oh yeah baby that's right” Misty replied in a sultry voice I'd never heard her use before. My dick was about to explode between not cuming last night, the partial blow job in the kitchen, and thinking that obviously my cousin and her mother have messed around with each other enough for Kara to know what Misty likes. So I slowly wrapped my fingers around the elastic waistband of her panties at both hips and slid them down the sexy long legs and off. Holding them up to my nose I sniffed hard and filled my nostrils with her sweet scent and licked the wet crotch then tossed them to the floor.

Both Kara and Misty moaned as I finished my inspection of Misty's panties as I leaned in to touch her wet pussy she stood up and walked over to Kara who was rubbing her pussy through her pajama bottoms. Kara raised her arms above her head as her mother lifted her top over her head. Just before it raised above her eyes Misty stopped and while Kara couldn't see misty hungrily took Kara's right tit into her warm mouth Kara let out a soft moan.

I stood and pulled my shorts off and sat back on the chair pulling on my hard cock. Misty noticed me and turned and said to keep my hands off of my dick that it was theirs to play with. Misty said maybe we should move this somewhere more comfortable. Still holding the shirt over Kara's eyes Misty led us to a bedroom just down the hall and laid Kara down on the bed. She told me to finish undressing Kara while she ran to grab something so I gently pulled Kara's pajama bottoms and panties off and threw them to the floor.

Just then Misty walked in to the room with two blindfolds in one hand and a strap-on in the other. She took Kara's shirt off and I walked up behind Misty and grabbed her skirt and unfastened it and let it slide down her golden brown legs. I grabbed the bottom of her tight t-shirt and lifted it up stopping about the same place she had stopped with Kara. Then I walked around and took her left tit into my mouth and Kara took the hard nipple of her right tit between her teeth. Misty moaned and panted at the attention her tits were getting from her daughter and nephew.

I released her breast as I grabbed the first blindfold and wrapped it around Kara's head covering her eyes. Then I grabbed the second and pulled Misty's shirt the rest of the way off and replaced it with the second blindfold. I pulled Kara off of her mothers tit and guided Misty to the bed and had her lay across the bed. Then I guided Kara to the other side of the bed and had her crawl up and get into a sixty-nine position with her mother. I gently guided her face into her mothers pussy which she immediately started to lick slow and deliberately. Feeling her daughters tongue on her pussy Misty leaned up and started licking her daughter hard and fast.

As I pulled my still hard dick from her pussy my cum began to run out of her pussy onto Misty's lips and she opened her mouth and took our combined juices into her mouth and swallowed. I stood up and walked around to the other side of the bed rubbing my cock to keep it hard. I saw Kara sliding her tongue in and out of her mothers pussy I grabbed her hair and gently lifted her head. I slid my dick past her lips as she welcomed me in to her throat when I felt my dick was as hard as it could be I pulled out of her mouth.

I lifted Misty's legs to my shoulders and lined my prick up with her smoldering pussy and slowly pushed my way in to her surprisingly tight pussy. I went slowly only pushing about another inch in each time I pulled out and pushed back in. Finally I was all the way in and I can't express how amazing her pussy felt as it was gripping and releasing my cock. I started a steady in out motion as she apparently started back to eating Kara's pussy. Kara was moaning and grunting with passion as I was pulling back I had an idea I pulled all the way out of Misty and slid back into Kara's mouth as she moaned around my dick I was in heaven. I pulled my dick out of her mouth and pushed it back in Misty's pussy I alternated between the two hot wet holes until I was about to cum. I told them to roll over where Misty was on top and I slid back into her pussy and jack-hammered into her until I filled her pussy up with my sticky seed which started to drip onto Kara's face before I even pulled all the way out. Kara started licking the cum out of her mothers pussy swallowing as much as she could but getting a lot on her face. I laid down on the bed beside them as they finished each other off again I was spent and started to close my eyes when I heard “what do you think your doing were not done with you yet” from Misty……..