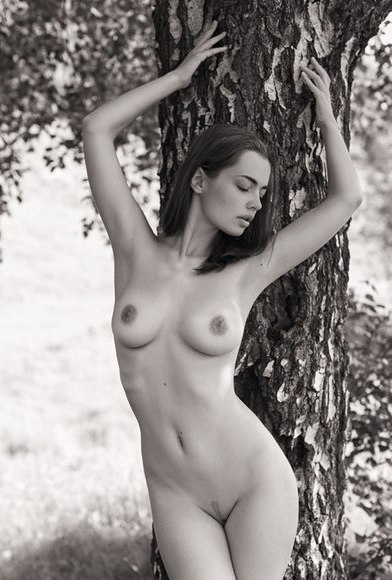 Pete Tyler knew he was asking for trouble when he slid open the unlocked window. But without a moment’s hesitation slipped inside of the unoccupied house. Only two weeks out of prison and here he was back prowling homes in search of jewelry, money, or anything else of value that he could be hidden under his coat. Like the old pro he was he immediately rifled through an unlocked jewelry case only to find that it only contained cheap costume settings that were practically worthless! After tossing the case away in disgust he made his way to the den and made short work of the desk and adjoining file cabinet. he said under his breath, “a guy can’t even make a dishonest buck anymore robbing houses.” He was just about ready to sneak out the back door when all of a sudden, and much to his surprise, the door swung open and a cute little red haired woman of about twenty eight barged into the kitchen carry several bags of groceries! It was too late to run, and for a hot second both startled parties just stared at each other trying to figure out exactly what to do next! The woman glanced back at the still open door and was about to make a break for it when Pete pulled a switch blade from his pocket and said menacingly, never make it, honey, so why don’t you just set down the bags and let’s think this through!” “W-what are you doing in my house?” the woman asked fearfully. Pete reached out and grabbed the woman’s purse and replied evenly, “I was looking for this, and by the way, thanks!” “Take it and get out!” she pleaded. all I have!” Pete counted out forty six dollars and tossed the now empty purse onto the kitchen counter before saying, “Ya know what?” “For the past four years I did nothing but think about having someone like you, and now I’m gonna get to!!!”

Pete grabbed the stunned young woman by the arm and literally dragged her into the bedroom. “N-no, please no!” she begged but to no avail. “P-please leave me alone!” He tossed her like a rag doll onto the bed and for the first time she got a good look at him, and it made her shudder with trepidation! He was at least six feet tall and very powerfully built with wide shoulders and bulging biceps on his brawny arms! She half rolled into a fetal position as he slowly began shedding his clothing while staring at her succulent young body. Her head was spinning like a top as he stripped off his tee shirt, and she involuntarily gulped at the sight of his massive chest and hard flat belly! “You ever fuck a brother?” he asked softly when he was down to his blue boxer shorts. “N-no, never!” she stammered “And I’m not going to now!” he ask with a laugh. “And who’s gonna stop me, little old you?” “My husband will!” she replied defiantly. “Well since he’s not here,” he laughed, “I guess you’re on your own!”

“Does your hubby have one like this?” he asked after shoving his shorts down over his muscular thighs. She gasped loudly as his semi hard cock popped into view, and try as she might, her eyes locked on it like radar to an airplane! She groaned softly while her smoothly shaven pussy drenched her white cotton panties, and offered no resistance when he grabbed her by the arm and pulled her over to the edge of the bed! “Now, bitch!” he commanded. “Take care of my cock!” Almost gingerly she reached out to caress the rapidly expanding monster, paying particular attention to it’s egg size head. He thrust his hips out towards her face and she knew instinctively that her duty was to suck it! She had always hated oral sex but having and organ so thick and long was quickly turning her into a dick sucking cock hound! God he tasted good! She gently cupped his huge balls in one hand while using the other to masturbate his shaft as she eagerly sucked him towards his climax! Four years of pent up sexual energy were building like a tsunami in his groin! He knew he was close, but what drove him over the edge was looking down to see that angelic face with his thick slab of black cock meat shoved into her pretty mouth!

Gloria Dixon nearly choked from the gushing spate of sperm juice that flooded her now eager mouth. As each blast of cum rocketed down her throat she swallowed hard and fast to keep up with the incredible torrent! “Ya like that, do ya slut?” he grunted as the last of his load dribbled out of the corners of her mouth and down her chin. Her whole body was now numb as he took her by the arms and pulled her roughly to her feet! “I think I know exactly what you need!” he said with and evil laugh. Her legs buckled slightly while she gasped when he grabbed the front of her dress. Then with a hard jerk he literally tore it from her trembling body. “W-what are you going to do to me?” she moaned. “What do you want me to do?” he retorted as his eyes bulged while drinking in her nearly naked beauty. Standing there shaking in just her bra and panties she shivered while absentmindedly taking his pulsating manhood into her small hand. what I hoped you’d say,” he laughed while using his knife to deftly cut her undies from her cute girlish body.

Modestly Gloria tried to cover her small pink nippled breasts with her arms, but she was like a rag doll as Pete grabbed her under her arms and easily lifted her until her tiny boobs were directly in line with his eager mouth! It had been years since he had tasted the breast of a woman, so with a deep sigh he pulled her to his mouth where he gently sucked a warm nipple like a baby! she mewled softly, “so While his pecker grew hard as a rock as he feasted on her soft nipple, Gloria’s pussy was quickly roiling into an unbelievable inferno that could only be quenched by a good hard fucking! For another minute or so he licked and sucked her until without a word of warning he lowered her down and impaled her cunt on his massive erection! She was literally hanging from pecker with her feet at least six inches off the floor! Her pussy convulsed wildly around the ten thick inches of incredible black cock flesh while an orgasm of gigantic proportions slammed into her brutalized pussy! She grabbed him by his massive shoulders while at the same time wrapping her legs around his narrow powerful hips! “G-god in heaven you’re fucking me to death!” she groaned while riding the black stallion’s monster pecker. “Come on, stud man,” she gasped, “do me, do my hot fucking pussy!”

He walked over to the bed with her hanging on for dear life whereupon he flopped backwards onto the bed which immediately allowed her to sit up and begin riding his pecker for all she was worth! The feeling of being filled beyond capacity was incredibly arousing, and while her she bounced up and down on his murderous shaft, orgasms of vicious intensity caromed through her pussy until she was literally a whipped dog! She collapsed onto his chest with his pecker still buried deep inside, and just when she didn’t think she could take anymore she suddenly rolled her over onto her back and began driving his erection in and out of her like a piston! Her eyes nearly popped out of her head as he slammed his meat in and out with such ferocity that she thought for a moment she would actually pass out! As one last climax overtook her, Pete’s entire body stiffened as he filled her little cunt with another gallon of white hot dick juice! This time it was his turn to collapse as every last bit of energy had been sucked from his now trembling body!

He actually did pass out, in fact both of them did as they drifted off into a deep sleep with his now soft pecker still inside of her! An hour or so later he was roused awake when she whispered into his ear, “You better go, my husband will be home soon!” Pete quickly got dressed while the cute little red head lay on the bed with tosselled hair and her legs still splayed obscenely apart. He gave her quick nod before heading for the door, but was stopped in his tracks when she offered softly, “Same time next week!?!” He grinned back at her and replied, “Sure, baby, same time next week!!!”