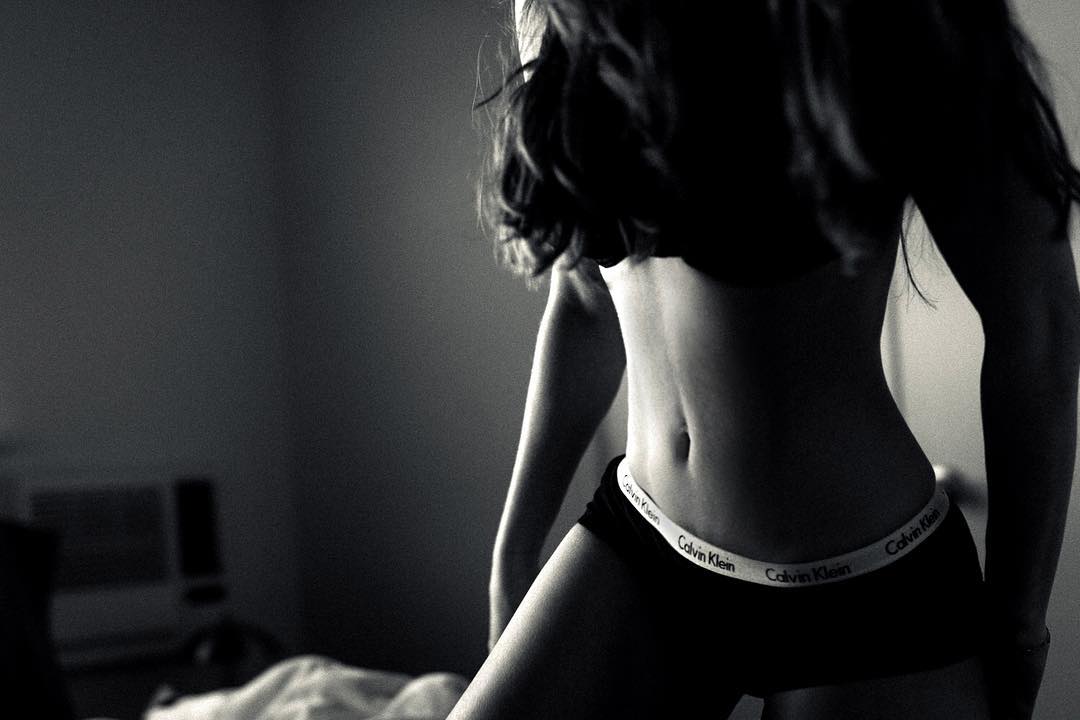 Trevor was your "all around" student athlete. He played Varsity football and kept great grades. That's what initially attracted me to him. His kind, gentle, hands…pretty smile..and let's not forget his green eyes. I loved that he was his own person, and wasn't afraid to date a Black girl, like myself.

Needless to say, the first year was amazing! We'd have date nights, movie nights, and game nights. Sharing these nights together, kept us close, almost inseparable..

Then the sixth months that changed everything, happened.

I had become so busy with school and practice, that I just didn't have time for a quickie in the bathroom or a quick make out session. Trevor was frustrated, but understanding, so he gave me my space.

One day, my Physics teacher assigned a project that was only to be completed with your lab partner. My lab partner just so happened to be Chase Roberts, another football player who was gorgeous, and surprisingly intelligent. We agreed to go to my house after school get our project started.
After the bell rang, I went to my locker, grabbed my things and headed to my car in the schools parking lot.
As I walked, I heard a voice behind me.

"I'm REALLY looking forward to meeting up with you later.. Our project should be…fun." He said looking me up and down.

"Yeah…it should be." I said feeling a little awkward.

"I'll see you then?" Chase asked smiling with those perfect teeth of his.

"You shall!" I said turning around and walking away.

I got into my car and headed home. When I got there, I changed out of my school uniform and into some spandex shorts and a tank top.

As soon as I changed, the doorbell rang. I went down the stairs and opened the door.

"Long time no see stranger!" He said reaching in for a hug.

As I walked into his embrace, the smell of pure masculine man (the good kind) came over me.
It was one of those smells that attracted you to that person 30 times more.

I let go, and led him into my house.

We began working, and it was going quite well. Like I said Chase was very smart, so he took it upon himself to do the majority of the project.
After a couple of hours of non stop work, we decided to take a break. Chase and I sat on my couch and chowed down on some fruit salad I made.

"Yeah it's awesome…." He said looking down.

"No no no the food is great, really Erica. It's just that something has been eating me inside since I met you." He said looking into my eyes.

My stomach churned. What the hell could POSSIBLY be eating at him?

"You! You've been eating at me. You're the prettiest girl I've ever seen Erica.."

"Whoa whoa whoa, Chase… You know I have a boyfriend, right?"

"Yeah I know that why I didn't want to tell you. But I just really want to kiss you." He said scooting closer to me.

Chase put his hand on my face, and pulled me in. I tried to resist, but once our lips met, there was no turning back.

He ran his hands up my thigh, and we kissed. He laid me down with my back on the couch. Chase got on top of me and kissed me again.
I let my lust, and emotions get the better of me, and I actually started to get into it.

So into it, that I didn't hear Trevor entering the front door.

"ARE YOU FUCKING KIDDING ME ERICA?!" He yelled.

I felt numb. What the fuck did I just do?

"Then what the hell is it Erica? Because this looks pretty clear to me." He said standing in front of Chase and I.

Chase hesitantly got up to stand face to face with Trevor.
"Look man, I'm sorry. It was a mistake. I got carried away."

"Chase, if you don't want me to end your football career, I'd suggest you walk out that fucking door. " he said pointing to the door.

Chase quickly grabbed his things, and scurried out of my house.

The room was silent.

"Babe, I'm sorry." I said with a tear running down my face.

"Really? I should be the one crying. I changed for you. I gave you everything. And this is what I get? Wow."

I sat there dumbfounded, and most importantly speechless.

"And you're not talking? You know what? I don't have time for this."

With that, he grabbed his keys and left, slamming the front door behind him.
I sat there in compleat devastation, and disappointment in myself.
How and why did I let this happen? What I DID know, is that I had to get my man back.

I hopped in the car (about a hour or so later) and went to Trevor's house.
He had given me his spare house key for our weekly so I was able to get into his house whether he wanted me to or not.

I opened the front door, and closed it behind me. The house was silent. I saw his car in the driveway so I knew he was here. I silently went up the staircase. As I approached the landing, I heard muffled crying. The only other time I heard him cry was last year when we lost the Championship. I remember rubbing his back as he cried into his pillow.. His door was slightly cracked.

"Babe?" I said opening the door and entering in.

"What?" He said with eyes red as an apple.

We began to argue back and forth.

"I feel like this was all apart of a plan. And I just walked in on it."

He began interrogating me, and suddenly I didn't know if I believed myself.

"It's not true! You don't know what you're talking about!" I said placing my hands against his chest and shoved against him. (He barely moved).

"I know I'm right." he reached and closed his fingers around my wrists and jerked me flat against him. "And so do you."

"Let go of me." I said arching back, trying to work my hands between us and shove him away, but he held me so close, I couldn't do anything but squirm against his body.

"Why?" He said dipping his head in my face.
I braced myself. I could see the fury in his eyes, and the pain.

But he didn't kiss me though. Though he held my wrists tight, his hands were gentle. His grip was unbreakable, but it didn't hurt me.

Trevor brushed his lips over the top of my shoulder, then up my neck to my ear.
"You want to make me feel better, Erica? Is that why you're here?"

"I just wanted to be here for you." I said with a shaky voice.

He stroked his hands down to my side, then slid underneath the plain black t shirt I was wearing.

He straightened and grabbed the hem of my shirt, shoving it up until it was trapped under my arms. Trevor stooped and wrapped his hands around my waist, lifting me up and placing my ass on the back of the little couch in his room. He licked my nipples through the black cotton of my bra and gently bit me.
"Mmm" I moaned as I arched my back, pressing against him. I reached for him, but he pushed my hands down to my sides, as though he didn't want me to touch him.
/> He shook his head. "Don't talk." He ordered. "Don't fucking talk."

He pulled me off of the couch, turned me around, and bent me over until my ass was sticking straight up in the air. Trevor undid the button and zipper of my jeans. And in one motion, he shoved my jeans and panties down to my knees.

I then heard him undo his zipper.
I twisted around to push my clothes the rest of the way off, but he grabbed a fist full of hair and said "Be still."

Then he pushed himself against me. With my jeans and panties tangled around my knees, I couldn't even spread my legs, and it made his entry rougher.
He pushed himself in.
I let in a gasp as I arched my back, squirming against him as he pushed in, deep, slow, shoving his way through my tight pussy until he buried his cock inside me. He slid an arm around my waist, pulling me into him.

"Tell me that you love me, Erica." He muttered.

His voice was low, hoarse, and so unlike him it made my heart clench.

He rolled his hips against me.
I let out a groan.
I pressed against him, trying to ride him, but the awkward position made it impossible to do more than squirm against him.

Trevor shifted me again, urging my upper body forward, bending me over the couch even more. Then he braced his hands on my hips, hold me study. He withdrew and then slammed into me, deeper, harder, stealing my breath away. I didn't even have time to gas for air before he did it again, and again…taking me hard and fast.

There were no gentle kisses, no lingering touches, just his disgust, lust, fury and anger. He held himself back until I came hard and when I started to scream with it, he dropped even the pretense of control as his fingers dug into my skin.
The sound of his ragged breathing, my strangled moans, and the slap of his hips to my ass were the only noises. And then he came, as his cock jerked around in my wet pussy.

And just like that, it was over. He stepped away. I rolled onto the couch and stared at him as he readjusted his pants..

My muscles felt like wax, and my legs wobbled as I pulled my panties and jeans up. Between my thighs I ached.. I could even feel his semen on me.

"Did I hurt you?" Trevor asked hoarsely. He was standing by a window, staring outside.

I shook my head. I have to admit, I was a little uncomfortable, and if probably be sore later, but I wasn't hurt.

He nodded. But still he wouldn't even look at me.
I wanted him to look at me. I almost said it out loud… But I didn't.

"You need to leave, Erica."

The way he said those five words did a lot more damage than the roughness of the past few minutes, but I tried to understand. I wanted to be here for him though. Even though I hurt him. And it hurt that he didn't want that from me.