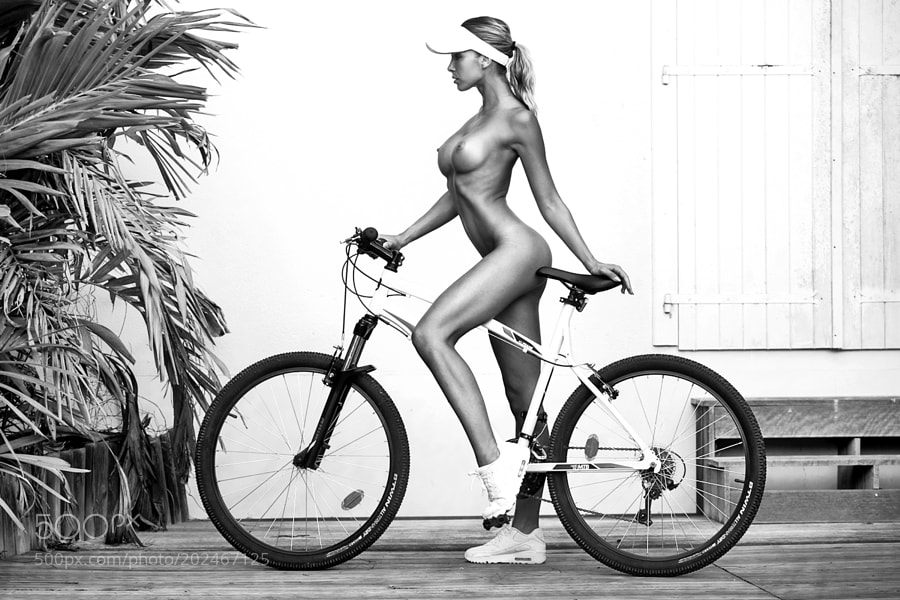 One day, we were in her basement. We were watching tv, holding each other, when we started making out. We started to move things to a more adult direction. I put my hands under her shirt, and undid her bra, freeing her C cup tits. I placed my hands on them, slowly massaging them, while she undid my belt. After a while, I took of her shirt and started sucking on her tits. She moaned in pleasure while I did so. As I did this, I began rubbing her pussy on the outside of her jeans. She squirmed under my touch. She immediatly moved and took of my shirt. I undid her pants and pulled them down, leaving her only in her bikini panties. I began to rub her ass as well.
"I love your ass. You have a great ass," I told her. She was always self conscious about it. I loved the sight of her in nothing but her panties. She pulled my pants down, and took of my boxers. I moved down from her tits, and moved to hot pussy. I moved my hand under her panties, and began to finger her.

"My turn!" She moved quickly and told me to lie down. She began kissing my chest and moving down slowly towards my cock. She began to lick my shaft as I moaned in ecstasy. I moved her brown hair aside I watched her work on my dick. Her blue eyes stared back at my like a porn star. She was good. She put her lips on my cock and began sucking. Up and down. It felt so good, I didn't want it to stop. It was so good, and then she began playing with my balls. That felt even better. But what was really good was her tight ass was pointed up in the air. As she sucked my dick, her ass moved so seductivly I felt my self wanting to be near it. I pulled her towards me, and told her to lie down.

As she lay on her stomach, I climbed on her back. I began to massage her back. My ulterior motive, however was to attempt to move my dick towards that great ass. How I wanted to stick it between her hot ass! I moved slowly down, trying to position my self. But then she said "My turn." I got off of her, and let her get on my back, and she began to massage me. It felt good, feeling her hot, lithe body on me. After a few minutes, I told her, " I'm not done. Lie back down." She lay back down, and I placed my self lower than I had before. I moved until I had my cock between those perfect ass cheeks. YES! It felt so good I wanted to fuck her ass right there. Then she said something to me I'll never forget. With my dick between her cheeks, she moved to sit back on my dick, placing it between her ass, pressing against her tight asshole, and said " I just want to sit right here for a few minutes." I began to rub her ass again, and said "I told you you have a great ass." What she said next was even better. She got off me, got on her hands and knees, and looked over her shoulder, and said "Well what are you going to do about it?" SCORE!!!! SHE WANTED IT TOO! I quickly moved behind her and began to press my cock against her ass hole. It went in slowly, and she moaned in pleasure.