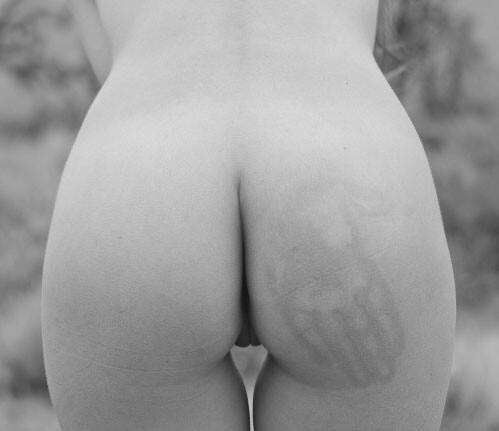 I've noticed a serious excess of stories related to incest on this site. I personally took an intrest in the subject, considering my first sexual experience was with my older cousin. I believed and still beleive she's one of the most beautiful women ever. However, this story has nothing to do with that! I choose not to write of myself. This story deals with a brother and a sister.

Martin had just walked in on his sister, Angela, pissing. They lived with their mom in a three bedroom, two bathroom house. The two were less than pleased to share a bathroom while their mom got her own. Angela, who was 16, wanted to share with her ever since she started her menstrual cycle. Unfortunately, for her at least, Mom refused. She was forced to share a bathroom with her obnoxious,15 year old brother. Lucky her…

Martin was stupified at the sight that lay before him. He was standing in the doorway with his bitch of a sister sitting on the toilet, pants and panties at her ankles, pissing as he gawked.

"I said, what the fuck are you doing!" Angela said, snapping him out of his trance.

/>
Martin still couldn't believe what he saw as he shut the door. He'd always thought of his sister as just another aspect if his life he'd just have to deal with until he went to college. Now, however, he saw Angela in a different light. Even through her rage, he saw a part of her that would stay with him for the rest of his life. In that one moment, he saw her as a woman. He saw the curves of her hips just before she covered herself, her breasts jiggle as she turned so suddenly. For the first time, Martin saw beauty in his older sister. And he didn't even know that he'd also sparked somthing in her.

Angela was finally relieved that her stupid little brother had left. But at the same time she sensed a bit of disapointment in herself. She also noticed that she was wetter in the lower nether regions than when she usually peed. A lot wetter. Had she actually been excited having her brother watch her piss?!? There was no way! He was always imature and she hated having him around…but her pussy couldn't lie to her. She liked it when he watched her. Her little brother, Martin, had excited her in ways she didn't think possible.

Angela quickly dismissed the thought. She had no time for such disgusting thoughts. It was her brother she was thinking about! She returned to her bodily releases and decided to take a shower, making sure to lock the door this time. Once she undressed, she decided to take a look at herself in the mirror. She was a petite 5'2" and only weighed 110 lbs. But for what she lacked in mass, she made up for in physique. She had dark, dark red hair, not auburn but red, and deep blue eyes that offset each other perfectly with her lightly tanned skinned. Her lips were full and pink with mid cheek bones. They weren't too high or too low. She wasn't atheletic and didn't play sports but she did work out with some of the equipment her dad left behind when he passed. Angela had a soft six pack with strong, legs and arms. She also had 34 C boobs with quarter sized areolas and small nipples. Her ass was perfectly round and her pubes were waxed completely off. She had puffy outter pussy lips holding everything important inside. Basically every guy in school wanted her and she denied all of them just to mess with their head. She'd only given 2 blow jobs and they were both just one time things.

Martin was in his room when he heard the shower start. Mom had just left for a woman's empowerment retreat and would be gone for a week so it had to be his sister. Just then, he felt a disturbance in his pants. He knew Angela was his sister but he didn't care. He wanted one more look. He snuck to the door to make sure he heard her actually in the shower. Then he tried the it. Damn! Locked. But he had an idea. He ran to the garage looking for a screwdriver. When he found the skinniest one, he sprinted back upstairs and unlocked the door as silently as he could. When he looked in, his jaw fell off. His sexy sister stood in the shower rubbing soap all over her body (he could see this because for some reason, Angela decided she wanted a clear shower curtain because it was Martin look on with awe. Suddenly, rationality set in and he decided to make an exit. However, when he left, he felt the irresistable urge to masturbate.

He laid down on his bed and made sure there were tissues near. Then he pulled off his pants and underwear and let his fully erect 7" cock spring out. Like his sister, he wasnt one to disapoint the girls. Martin was 5'10" and weighed 160 lbs. He wasn't muscular but he was skinny enough that he had a visible six pack and pecks. His face was, however, his moneymaker. He had medium brown hair grown into skater style; long and with bangs. His eyes were almost the same as his sister's but his were dark green like their father's rather than their mother's blue. They were almost brown but if you looked close enoungh, you could see the greenness. He did skateboard which gave him strong legs and a certain swagger in his walk.

He put the image of his sister taking her shower into his mind, closed his eyes, and let his hand find its way down to his cock. He started to rub slowly, up and down his now throbbing dick. Even though Martin knew that he wasn't going to last long, he planned on enjoying it. He pictured his sister noticing him and turning to give him a better look at her front side. He pictured her perfect tits being rubbed while he watched.

"Oh yeah." he moaned. "Just like that. Rub your perfect boobs for me." He started to rub faster, really getting into it. Then he imagined Angela getting out of the shower and walking up to him. Then she dropped to her knees and took him in her hand. She jacked him off and looked up at him with those recently discovered to be amazing dark blue eyes, tits just below bouncing with every hand motion. Then Angela took him in her mouth and just licked around still looking at him. She took him all the way in her mouth, keeping her tounge on the underside of his shaft. Once she got her nose to stomach, she took her tounge out and licked under his balls, initiating his other hand to act as part in his fantasy and cup his balls.

"Your such a dirty girl." Martin said. "You like to suck your little brother's cock, don't you?". He had no clue where these feelings were coming from. "Oh yeah suck that dick. Lick it like a lollipop." His breathing started to come quicker and he felt that feeling deep inside his balls as he beat his cock as fast as he could. But something was different this time. It felt more intense

"Oh, oh, oh, oh, />
He was sure his sister would have heard him if she wasn't in the shower now. Martin was in such a state of pure bliss when he shot load after load into the air, that he didn't even notice where it landed. Once his balls emptied, he finally opened his eyes. When he did, he noticed that most of his cum was on the ceiling. Man, that was an intense session. He looked at the clock and noticed it was only 1:47. So he decided to watch TV for a while. Little did he know how the rest of the week would play out for him.