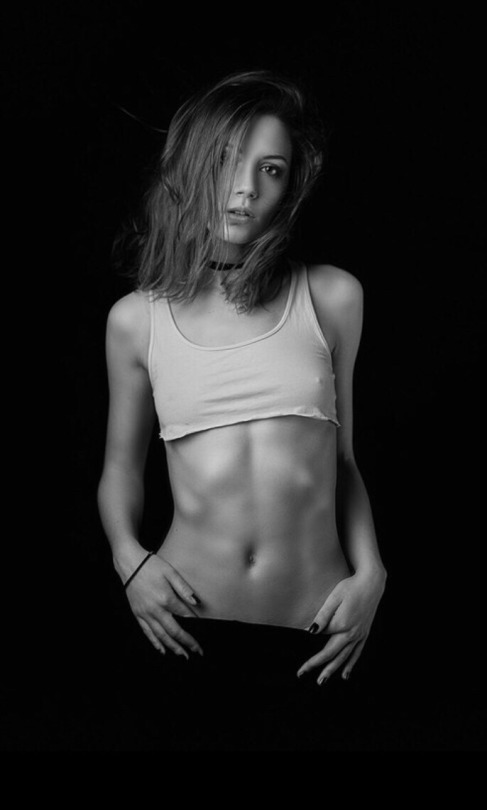 I was standing alone in Dr. North’s office, in a skirt with no panties underneath, waiting for him to drop in before class at three. Every footstep out in the hall made my heart beat faster. Excitement mixed with fear to create a heady adrenaline rush.

Tall and lean, with a scruffy jaw and hair black as an oil slick, the sight of him sent my stomach fluttering. His sea green stare scanned me like an x-ray.

“You certainly are anxious today,” he said. I never could keep secrets from Dr. North.

“You weren’t pleased with me last night.”

Last night when we’d tried to fuck, my pussy had ached for him, but I hadn’t been wet enough. It took a lot of lube to get a cock the size of Ben’s inside of me, and I knew it. I should have been properly prepared. He’d had me on my knees for the better part of an hour, sucking him until he was slick enough to sheath himself in me with one stroke.

“I have a little gift for you.” He handed me a black box tied up with a blue ribbon.

“Suck it.” He took it out of the box and slipped it into my mouth.

He bent me face-down over the desk and lifted my skirt to my waist, exposing my ass. I held the skirt up for him. He ran his thumbs down my slit, buried them in my entrance and then pried me open.

“Hold still.” Something made of nylon brushed against my thigh.

Dr. North took a step back, admiring his handiwork, and then leaned over me, nuzzling my neck. “Aren’t you a beautiful sight. I almost don’t have the patience to wait until later.”

He squeezed a handful of my ass, letting his fingers stray into my crack. I groaned. My hips tried to grind down on the desk, but a sharp slap to my ass called me back to obedience.

“Jump up and down a couple times.”

“My filthy little slut,” he said, sweeping my hair behind my ear. “You’ll be nice and wet when I see you later, won’t you? Don’t touch that, now. You’re going to go to class and dwell for a while on what I’m going to do to you. But, should I catch you neglecting to pay attention…” He held up a tiny remote. “I might just give you a little reminder. Get going.”

I shivered and left.

Of course, we were never apart for long. I filed into Intro to Shakespeare with the rest of my class, and took my regular seat next to the wall in front of the professor’s desk.

Dr. North strode in two minutes late, nonchalant as usual. He pushed a button and the projector screen descended over the marker board. The class dissolved into whispers.

“Yes, yes, that’s right.  I have grading to do, so it’s a movie day. I know, you’re all terribly excited.” He glanced my way as everyone giggled, and I couldn’t help feeling self-conscious. Something told me I was a little more excited than the rest of my classmates.

“You’re watching Romeo and Juliet. I want you all to write a nice, simple comparative essay noting the differences between the movie and the play.” Delighted murmuring broke out while Dr. North fiddled with the computer, and soon the opening credits began to roll.

Dr. North sat at his desk with a pile of papers in front of him, looking for all the world like he didn’t know I existed. Appearances were deceiving. Three weeks after the start of the semester, I had rushed to class dressed much like I was now, commando with a knee-length skirt on. I sat down in my usual seat, and, unaware to me, spent the entire class distracting Dr. North from his lecture with teasing glimpses of my bare crotch.

Soft and quiet, the toy hummed to life, sending ripples of pleasure tingling down my limbs like electric currents.

Josh, the boy who sat next to me, looked over with a raised eyebrow. I held my hand over my mouth like I was about to sneeze, and he turned back to the screen.

Dr. North was facing the screen, but even in the dark, I could see the laughter lurking in his green eyes.

I’d been at his mercy before, it was true, but not like this. Not in public. He liked to tie me up, order me about, and whip me before we fucked, and I’d called it ‘humiliation.’ That was nothing. The essence of modesty, compared to this.

This would be humiliating. The thrill of it had me wound so tight I was ready to shatter.

I turned my face toward the wall. Sweat beaded on my forehead. My hand drifted to my lap, clenched into a fist. Could I get away with it? Just one quick rub and release would be mine.

I looked back at Dr. North to find him watching me. I imagined his cock, long and thick, hardening to form a nice silhouette in the leg of his pants
.

My entire body shuddered in an orgasm so strong it made my eyes tear up. I barely managed to hold in my moan.

Dr. North stood lazily as everyone zipped their backpacks. “Class dismissed. I’ll see you all Thursday.”

Knees shaking, I got to my feet. My skirt clung to my rear. I hoped there weren’t any telling dark spots.

I lingered in the stairwell, watching my classmates pass by, and then made my way back up to the fourth floor corridor. He was waiting with a broad smirk when I arrived breathless at his office.
“Did you enjoy the lesson, love?”

He slid his hands around my waist, kissed my neck. His hands ran up my body to cup my breasts through my shirt. “Poor Kara. What were you thinking of, when you had that orgasm?”

“Well, you weren’t the only one suffering. I’ve been hard as steel just watching you writhe in your seat. Strip, then come here and suck me for a while.”

He sat in his worn leather desk chair, unbuckling his pants as he watched me pull my shirt over my head.

“I knew you were wearing a sports bra,” he said. “Your nipples started perking just before you came.”

I shrugged out of the bra and dropped it on the floor with my shirt. My skirt followed suit, and then I was naked but for the straps crisscrossing my hips, holding the instrument of my torment deep inside me.

I got to my knees, reached into his boxer briefs and fished out the cock I so loved to play with. I could wrap both of my small hands around it and still be able to put my lips around his reddened tip. I boobed my head up and down his length, but he stopped me just as I was beginning to truly enjoy myself.

“That’s enough, Kara.” His voice was strained. “Desk, now.”
I bent over, my heart thudding. I still didn’t know if my pussy could handle him right now.

Dr. North ran his finger beneath the straps, stroking my ass.

He swatted my thighs, and I moved my feet further apart. I heard sucking sounds, and then his fingers delved into my crack, prodding the hole that wasn’t currently filled with rubber.

For the second time that afternoon I felt a wet tip prodding me, but this time it was trying to get inside a much tighter space.

With one insistent push my body gave way, letting the head of his cock through the tight ring of muscle. Dr. North grunted as he slid inside, rocking gently. My greedy hole took him in little by little. My ass and his cock were very close acquaintances, but no matter how many times he took me this way, it never failed to surprise me exactly how deep he could really penetrate. Our bodies ceased to be separate. We had melded into one person. The beast with two backs, as the Bard would say.
Dr. North set up a steady rhythm. With every thrust his balls slapped against the lips of my pussy. A moan built up in my throat, but I choked it back – the voices in the hallway reminded us to keep quiet.
“Good girl,” he said, knowing how badly I wanted to let loose. “Wouldn’t want anyone walking in to find you taking it up the ass, would you?” He leaned down and kissed my shoulder.
Sex mingled with old books and new paper in my nose.

He lay on top of me, curved around my back like a shell. His heart beat against my shoulder blade.

“I hope you learned your lesson,” he said. “Next time, that toy might find its way into a different hole.”