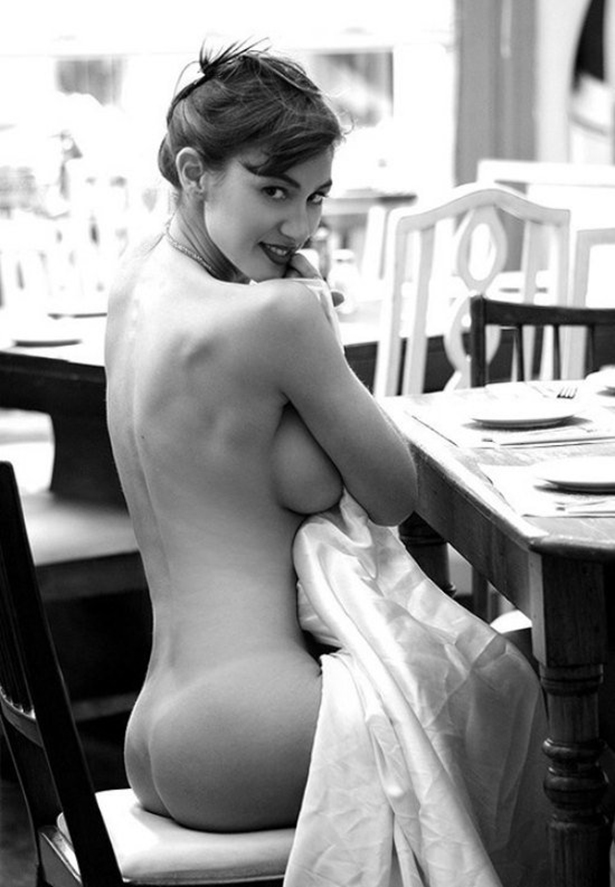 It was a cold September morning and I had just finished breakfast when my phone rang.

I quickly grabbed it, hoping it was about my job application for the accountant position. But it was my older sister Julie, who lived in Denver. She called to say her kids wanted to see me because it had been months since we were all together.

Ever since my husband Sam died four months ago, I hadnâ€™t visited them. After much persuasion, I reluctantly gave in and promised to visit the coming weekend.

My husband died in a road accident a few months ago and I had become very lonely and missed the amazing sex we had shared. I knew I had to take a break and go someplace that didnâ€™t remind me of my late husband.

There were times at night I would feel him next to me in bed or in the bathroom. I felt his lips on my nipples and his massive strong arms wrapped around my back, only to wake up dripping wet with sweat, my nipples hard as rocks.

My husband was an expert in bed. We would play games where he would blindfold me, fuck and pleasure me in endless ways. Many times he would tie me to the bed, strip me naked, spank my arse tirelessly and fuck me until I gasped for air.

The thought of a new partner had not crossed my mind but I knew I didnâ€™t want to spend the rest of my life alone. There were times my desire would get the better of me and I found myself pleasuring myself using the toys we had bought together, only to burst into tears even before I climaxed.

That weekend I packed enough clothes to last me a few weeks and hoped Denver held something better for me, a chance to let go of the memories. Before leaving the house, I removed my wedding ring as a sign of moving on.  As I hopped into my car I gave my house a hard long look as a final goodbye to the home that gave me so much to remember. I knew it was time to let go.

I jumped into my car, nicknamed â€˜Dorisâ€™, and headed to Denver to see my sister and her kids.

The drive would take about eight hours with one hourâ€™s stop for refreshments and gas. I put on my favorite Enrique Iglesias CD and concentrated on the road. â€˜Everythingâ€™s Gonna be Alrightâ€™ started playing. The song was perfect so I hit replay to listen to it over and over again. Two hours into my journey I heard a funny sound coming from the engine.

The flickering red light on Dorisâ€™s dashboard indicated there was an engine problem. Fear gripped me as I realized the nearest town was two hours away. I was in the middle of nowhere. Dorisâ€™s engine did its best to keep me on the road, but when smoke started billowing from under the hood, my heart sank and I knew I had to pull over.

I called my insurance company and they said it would be at least two hours before someone could get there.

I wanted to get to Denver before night fell, so the best option was to hitch a ride. I knew it was dangerous but I had to take a chance. After waiting just 10 minutes a huge truck stopped. The driver, aged in his forties, stepped out. He wore a sweaty shirt and jeans.

â€˜What seems to be the problem maâ€™am?â€™ he asked politely.

There was something about him and my gut feeling told me I could trust him. His name was Mike and he agreed to give me a ride, since he was heading the same way as me.

As he drove we got to know each other. I told him my story and he listened attentively, nodding with the occasional â€˜Hmmâ€™, his focus on the road ahead. When I finished he glanced at me, smiled at me and said,

It didnâ€™t sound weird at all, in fact I love a man who is not afraid to say whatâ€™s on his mind. He slowed down and pulled over. Then he pulled me to the driver seat and whispered into my earâ€¦

He planted his luscious lips on mine. Amid my weak protest, it felt nice. His body stank of sweat, which aroused me even further. We were in the middle of nowhere and no one was around, so I might as well enjoy it.

I could feel his huge cock rising as he lifted my skirt to expose my white ass. My heart was pounding as he tore off my bra, cupping my breast on his hands. My nipples were as hard as ever and he bit and sucked them vigorously.

I threw all caution to the wind and opened his zip to expose a 10-inch cock. The driver really had a massive tool.

â€˜Do you like what you see?â€™ he asked, almost breathless.

I took the massive cock into my hands and stroked it gently before putting it into my mouth and sucking the pre-cum that had already formed on its tip. I increased friction until I was literally fucking him with my mouth as he closed his eyes and moaned.

He ripped off my white lacy pants and started licking my pink pussy, which was dripping wet. I was exploding on the inside while he parted my cunt lips and stuck his tongue deep inside my pussy. The sensation felt great on my clit, which he stroked as I arched my back, spreading my thighs even wider as I pushed his head deep into my pussy.

I wanted him inside me. It had been long enough since a man had fucked me.

He pushed the seat back and laid on top as he slid gently into my vagina. That was the biggest and thickest dick that had ever penetrated me. I screamed loudly and I grabbed his ass to push him deeper.

Mike continued pounding my cunt with a vigor I had never seen before.

A few minutes later I climbed on top and directed his dick inside me once more as I continued moaning louder and louder with each thrust. He put his hands on my waist and started moving me up and down to slide all over his dick.

I was not the only one was experiencing excess pleasure because I also heard Mike moaning softly. To shut him up, I slammed my huge breast together and begged him to suck them. His intensity increased and I could feel him stroke my G-spot with his dick, it was a just matter of time before I would have a ground-breaking orgasm.

He turned me on to my side and entered me from the rear. I was having the time of my life and after a few minutes I started screaming from an earth-shattering orgasm. At the same time I felt his dick stiffen inside me and I knew he too was coming. It was the most spectacular sight. Two naked adults coming in unison while screaming, moaning and shaking vigorously.

We were both soaking wet as we dressed, ready to continue with the journey and I knew my sex with Mike was the beginning of better days straight ahead.