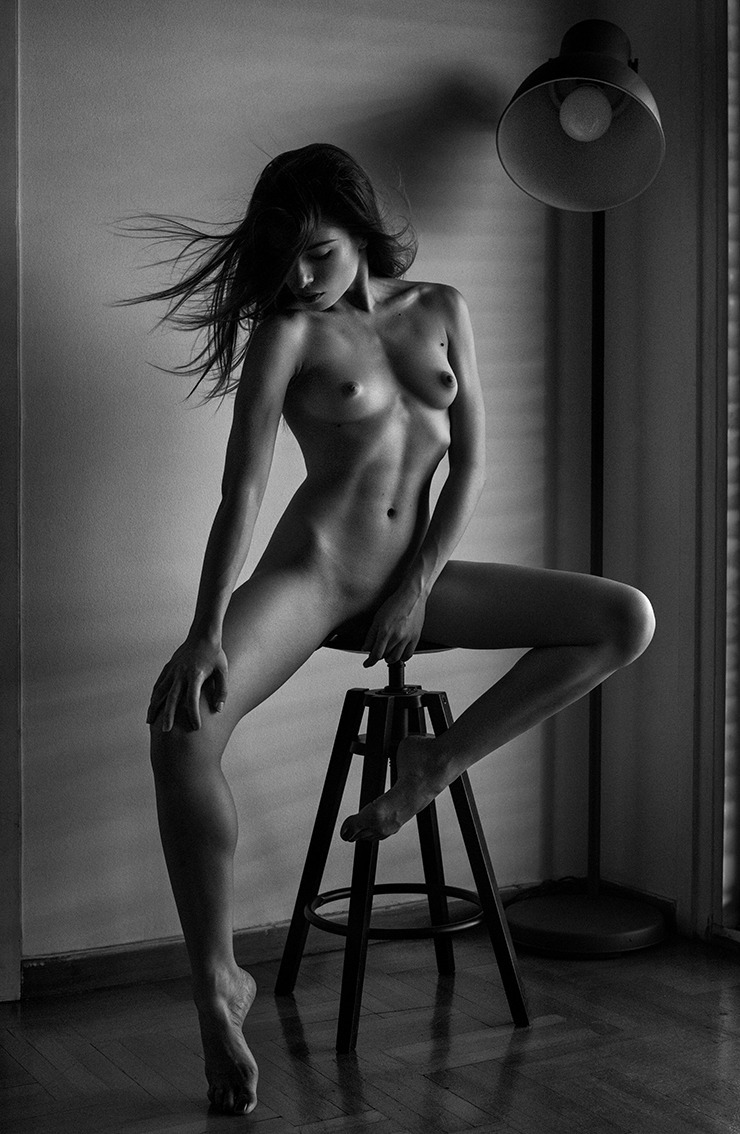 You could hear it up and down the hallway. I was pushing my cleaning cart past and at first thought someone was being murdered. Then I realized how wrong I was. I looked up and down the hall to make sure no one was watching, and then gently pressed my ear up against the door. I heard loud groans from insided. I pressed my ear closer and heard a woman's saying:
" Harder, harder…oh god…oh god-" followed by a loud moan. This guy must be good I thought. I couldn't remember the last time I had sex that was that good. In fact, I hadn't had sex in almost six months. It's not that I'm unnatractive, I'm a
5' 9" slim brunette with 32 D breasts and a firm ass. It's just that being a cleaning lady in a resort full of rich people seems to atraact the sleaziest, uglies and dumbest men. Or maybe all men are like that. But this woman sounded like she was having the time of her life.

I lsitened for a few more minutes before I was startled to hear footsteps coming towards the door. I jumped back and started pushing my cleaning cart down the hall when the door opened.
" You can clean it now," said a tall blonde in a bikini. She took off the do not disturb sign. A second woman stepped out; a red head with slim legs and massive breasts. The pair of them walked down towards the pool. I kept waiting for a man to come out. No one did. I was stunned. Were they lesbians? Or was I imagining what I heard? I decided to investigate their room while I cleaned.

A few minutes later I felt her stop and saw Sylvia standing there with her large full breasts and the strap on dildo I had found earlier. She gently inserted it into my pussy. It was so much better than a man's penis. Sylvian got up on her knees on the bed and began thrusting. Carrie meanwhile had undressed and she now sat down on my face. I was only to happy to return the favor; I began exloring her exploring her wet vagina with my tounge. I couldn't see much because of my obstructed view but I think Sylvia and Carrie began kissing and groping; ocassionally someone's hand would reach down and massage my breast. Eventually I came: it was the best orgasm of my life. Carrie came also and Sylvia removed the strap-on. She lay down beside me on the bed and began kissing me. The warmth of her tounge and lips on mine exoted my whole body. Sylvia stimulated me with her hand and began sucking and carresing my rock-hard nipples. I guess it was now Carrie's turn to use the strap-on because she lay down on the other side of me and slid it up my asshole. I lay there blissfully sandwiched between to sweaty bodies which were stimulating me from both sides. I reached down and began rubbing each of their pussies with each of my hands. I loved evey second of it. I loved the smell of their bodies, I loved the feel of their hard nipples pressed against me, and I loved the dual stimulation.