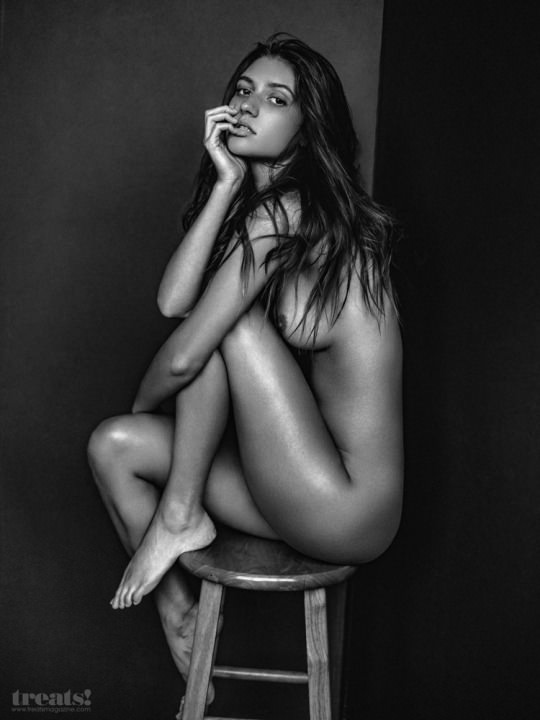 This is a true love sex story. Some girlfriends and I decided to go to Mexico over spring break.

I remember all of us being at Lucyâ€™s house, deciding on which resort to choose. We didnâ€™t have much money to spend, but as soon as I saw Oasis Cancun I had a feeling in my gut that it was the right place to go. We booked our tickets and a few weeks later we arrived at the gorgeous resort.

We spent the first night stumbling around drinking rum and coke and dancing in the ocean. We had sand in our clothes, Iâ€™d lost a shoe, and Jessica disappeared for over an hour with some boy, but we were having a great time.

The next morning we were all hung over, but nothing cures a hangover like a nice long nap on the beach.

Shauna, the final girl in our foursome, woke me around lunchtime to grab some pizza with the girls. As we chowed down on the greasy pepperoni and cheese slices, we watched some boys playing volleyball at a nearby net.

At first I thought they all looked cute, but then I realized that I had my eye on one guy in particular. Iâ€™m not sure if I liked him because he was the most competitive guy on the team or because he had a picture-perfect body. He looked to be about six feet tall, with tanned skin, slight sunburn on his back and short dark hair.

My friends said I liked that â€˜army lookâ€™ but what can I say? I have a type.

I finished my pizza all too fast, and before I knew it we were heading back to our beach chairs. After swimming in the ocean and taking a mini photo-shoot of Shauna to send home to her boyfriend, it was time for dinner and the mystery man had disappeared.

For the next few days I kept hoping heâ€™d show up.

Everywhere we went I scanned the room for his tall frame, but he was never there. I was starting to think heâ€™d gone home when I saw him walk into the buffet, wearing a pinstriped dress shirt. He found a table at the opposite end of the hall with his friends, and once again I wasnâ€™t able to speak to him.

We went to the resortâ€™s bar that night and started drinking. As the night started to pass in a blur we were in and out of the club, meeting new people and dancing.

While we were outside chatting with a group of guys from Boston I saw him and his friends walk by. Even though I was talking to someone, I turned and locked eyes with him.

And that was all it took.

I excused myself from my group of friends as he walked towards me. The second he was close to me I felt myself inexplicably being pulled towards him by something deep inside of me.

I was instantly attracted to him, the way he stared down into my eyes, the way he smiled, showing just one dimple. I wasnâ€™t sure if it was the alcohol or the heat or something else, but my head was spinning.

â€œDo you want a drink?â€ he asked.

I didnâ€™t really, but I walked to the bar with him and accepted a vodka soda.

â€œWell youâ€™ve got all the letters so far,â€

â€œOh really, so this is a logic problem? Okay give me a minute.â€ I mulled it over in my mind but my head was swimming. â€œIs it Rob?â€

â€œNope sorry, Iâ€™m afraid we canâ€™t dance until you find out my nameâ€ he joked.

â€œItâ€™s an all inclusive resortâ€ I said.

â€œNot important,â€ he said with a wink.

â€œYouâ€™re too close, itâ€™s my turn, does your name start with an â€˜Sâ€™â€ he answered.

I saw Jessica walk over to us from the corner of my eye, before I could say anything she said, â€œhey Trish, whoâ€™s this lovely man?â€

â€œSo, Patricia,â€ he said just to me.

As soon as we exchanged names we locked eyes again and Jessica went off dancing with the girls. Matt and I kept chatting until our drinks were finished, it turned out that he lived only an hour away from me, back in Maryland.

He grabbed my hand and pulled me onto the dance floor. We started swaying together to the music. We were there so long, the cheap club CD was on its third time replaying. Thatâ€™s when we decided to head back to his room.

As soon as we shut the door behind us, there was electricity between us.

The room was warm, the sky was bright from the moon, and he was unbuttoning his pinstriped shirt. He grabbed my lower back and pulled me towards him.

His eyes narrowed and his face grew intense. He pressed his lips against mine and we pushed ourselves against each other, feeling as much flesh as we could. I ran my fingers through his hair and threw my head back as he kissed my neck. I couldnâ€™t see anything clearly but everything I felt was amplified.

The way he grazed my arms gave me goosebumps and the way he kissed me sent me over the edge. I was so excited to be with him I could hardly wait.

He took me out to the balcony, brushed the hair from my face and kissed my cheek and temple and ear.

I took his unbuttoned shirt off and I was blown away. Iâ€™d seen his body on the beach before but up close it was even more impressive. I wrapped my hands around his back and kissed his lips, letting my tongue taste his.

I pushed him back into the room and jumped on the bed, I couldnâ€™t wait another second. He climbed over me and started to undo the back of my dress. I rolled onto my stomach so he could unzip me easier. As he lowered the zipper he kissed my shoulders and back until I was lying nude on the covers.

There was something different about this man and the way he kissed me. I felt like I could show him my true self. I turned around and rubbed my hands up his body until they reached his neck. I pulled him into me, kissing him, and I felt his hand between my legs.

He entered me with his middle finger and I started to moan in his ear. As his thumb rubbed against my clitoris I arched my pelvis towards him. It felt so good, like he understood my body.

I reached for his pants and unzipped them, then pulled them down as low as they would go. I grabbed his package and we started to pleasure each other in perfect rhythm. When I moved faster he moved faster. We told each other what we wanted through our own actions.

I couldnâ€™t think of anything else besides having him inside of me, so I pulled him on top of me. He gave me a big smile, showing off his one dimple and white teeth, and he went to the nightstand to get a condom. As he prepar
ed himself I rubbed my hands over my firm breasts, massaging them until my nipples were hard.

He positioned himself on top of me and slid inside. From the moment he was inside of me we thrust into each other hard and fast. After only a moment our pacing and breath was entirely in sync. Every time I exhaled, he did as well, and the more I enjoyed it, the louder he was too.

He flipped me over onto my stomach and entered me from behind. We were pounding into each other, both screaming over one another each time our pelvises met. I pushed up onto all fours and whipped my hair back.

â€œOh yeah,â€ we both said, he in a deep moan and I in a high pitched squeal.

â€œOh Matt, Oh God,â€ I could feel myself coming. Before I reached my full climax his hips thrust into me and he let out a low moan as he came inside of me. I ground into him, tilting my pelvis back and forth, until I let out a deep groan of satisfaction and collapsed on to the bed.

We lay their panting for ages. I had no idea what time it was but I didnâ€™t care. I felt absolutely complete.

Matt got up to go to the washroom, but when he came back he lay down next to me naked. He ran his hands down my back and started to massage me. He rubbed my shoulders with his palms and inched his thumbs down my spine, giving me chills.

As I lay there being caressed by his hands, I was overwhelmed by emotion. There was something different about him. I could feel myself falling in love.

The next morning we had breakfast together, and we spent the rest of our vacation time together after that.

I didnâ€™t want to go back home. I was leaving that night and he was leaving the next day. As me and the other girls packed our bags, Matt walked us to the shuttle bus. He helped me load my suitcase and we shared a final goodbye kiss.

I wanted to tell him that I loved him right then and there, but I knew he wouldnâ€™t take me seriously. As I sat starring out the window, he plucked a small daisy from the garden and held it up to the window for me. I had tears in my eyes, and so did my friends. I knew this man was the one for me, and I couldnâ€™t wait to be with him when I got home.

Five years later we got married at that same resort.

As we exchanged vows I told everyone how we found true love at Oasis Cancun. When I kissed my husband all I could think of was that first kiss back in his hotel room.

I felt exactly the same as I did then, and I couldnâ€™t wait to re-enact our first night together back in that same room.