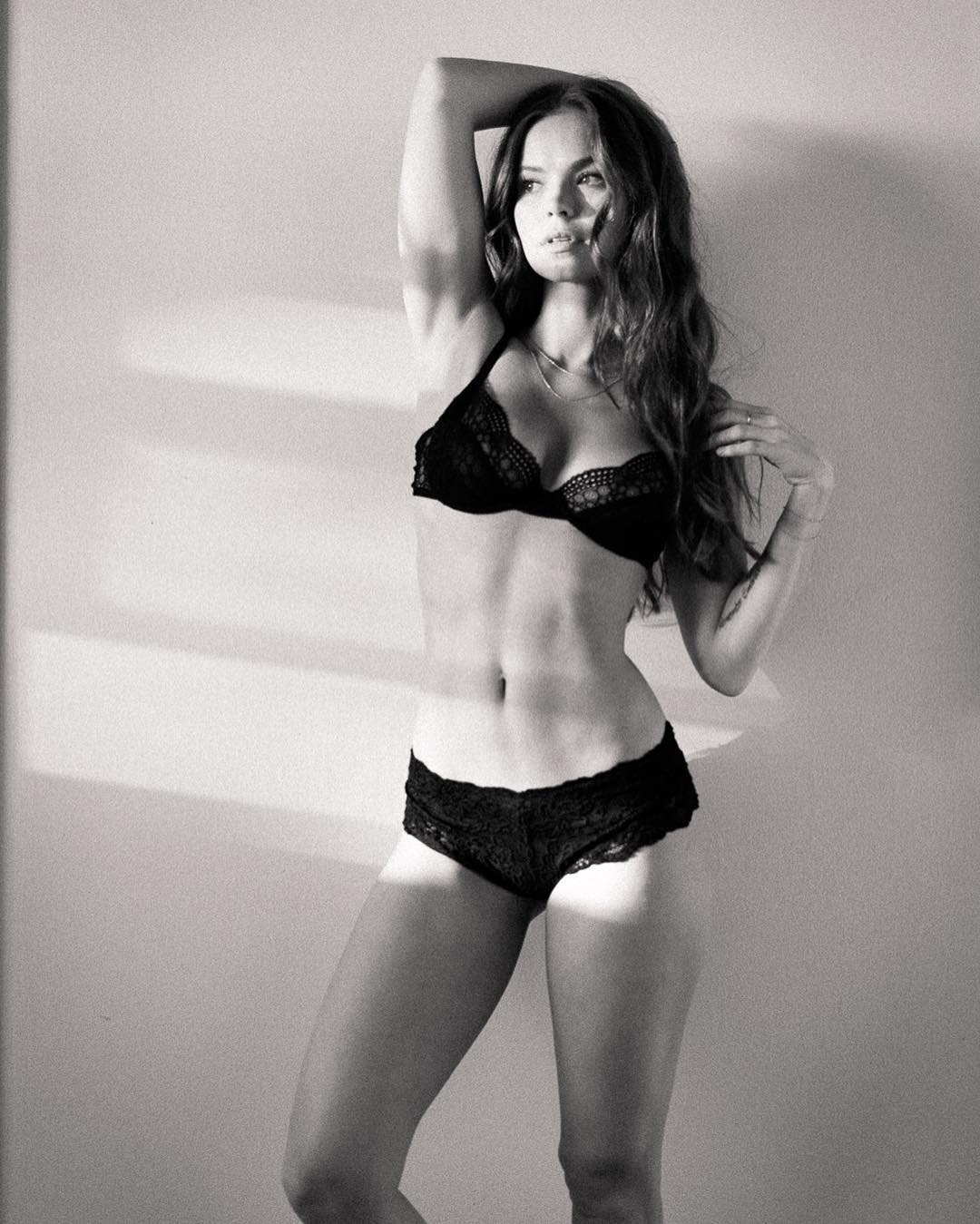 I sat by the front door of my apartment with my winter jacket and boots on, the TV was playing but I couldnâ€™t pay attention to what was on the screen. Chris and I had just started dating, and he said he had planned something special to celebrate our first month together. He said I should be ready by 5.

My phone vibrated in my jacket pocket.

Chris had texted me and told me to meet him downstairs. As I locked the door behind me and started to walk down the steps, I felt my body start to heat up. He was all that crossed my mind lately and I knew tonight was going to be special. He never let me down.

As I stepped out into the cool January air, I saw him standing by the passenger door of his car. He saw me, smiled, and opened the car door for me. I tried to act demure and sophisticated,

â€œWhy thank you sir,â€ I started, but when I saw his hungry eyes, I broke into a smile and quickly pecked him on the lips before getting into the seat.

My eyes scanned him over.

He was wearing dress shoes and black trousers and with his jacket only zipped halfway, I could see that he was wearing a nice shirt and tie as well. I grabbed the tie, pulled his head into the car and pressed my lips against his. His lips were cold, but his tongue was warm against mine. It was only when I started to shiver that I realized how long weâ€™d been kissing.

He gave me another quick peck on the lips, closed my door, and then joined me in the car.

“So Claire, are you excited?â€ he asked with a smile.

“Of course I am!â€ I replied, â€œWhere are you taking me?â€

â€œIâ€™m not telling, but I will give you this.â€ He reached into the back seat and pulled out a bottle of champagne.

â€œItâ€™s for laterâ€ he said with a wink.

As we got onto the main road I had a pretty good idea of where he was taking me for dinner. It was a gorgeous French Bistro in the city. Once we got inside the restaurant, we were seated at a corner booth and Chris ordered us drinks right away.

As I sipped on my second Martini I felt my pulse quicken. Our conversation was flowing, he was making me laugh every few minutes and I couldnâ€™t keep from smiling. When he looked at me, I knew there was a reason he was making tonight so special, but I wouldnâ€™t let myself think of it. I didnâ€™t want to get my hopes up.

Dinner went by so quickly even though we lingered through every course and stayed for dessert and more drinks. The sexual tension between us was bubbling to the surface until Chris finally said,

â€œOkay, we need to go, I canâ€™t stand not touching you for one more second.â€

We barely made it to the street before our lips were locked again. We pressed ourselves close together, warming each other with our heavy breathing.

As I headed back to the car, Chris grabbed my hand and pulled me in the opposite direction.

â€œNo, no, no, this way my lady,â€ and he lead me down the street. We passed more restaurants and a few boutiques until we came to the door of a beautiful hotel.

He turned to walk inside and my heart was beating too fast for me to concentrate. I stood at the front desk in a daze. The hotel was perfect and everything about it was immaculate and very chic. I was staring at my surroundings in awe when Chris spoke.

â€œHereâ€™s the room key, go upstairs and Iâ€™ll be right there, I need to get the champagne from the car.â€

We kissed goodbye and I took the elevator up to the room. It was a suite on one of the top floors. The view of the city was superb, but the room itself was just as stunning. It was bigger than my apartment, and there was a Jacuzzi in the corner. This was going to be fun.

The car was just a block away, so I decided to find some music on the TV and the strip down to my underwear and wait for him.

He walked through to door to find me in my matching lace bra and thong. I was hoping the surprise would lead to something like this so I planned ahead.

â€œYou look incredible, baby,â€ he said and he threw his jacket down on the floor and started to undo his tie.

â€œNo, let meâ€ I said as I loosened the tie from his neck and started to unbutton his dress shirt. I kissed each inch of newly exposed chest, and ran my finger across his body as the shirt fell loosely to the floor.

The words were bubbling up inside of me, but I couldnâ€™t say them.

â€œOne second,â€ he said, interrupting my train of thought. He started to run the water in the Jacuzzi, and then he grabbed the bottle of champagne, opened the balcony door, and placed the bottle in the snow to chill.

â€œThere you go, now, where were we?â€ he said.

â€œRight about here,â€ I answered as I rubbed my hands over my breasts and down my stomach until they reached my crotch.

He quickly unbuckled his belt and took his pants, socks and shoes off, then climbed on top of me. He pressed his face into my moist crotch, and kissed the lace panties separating him from me.

I reached forward and grabbed his package. He was so hard, I felt my nipples harden and my stomach tighten. Every part of my body wanted his hard cock inside of me, but he pulled away from me.

He got up from the bed, pulled his boxers down and stepped into the Jacuzzi. I followed his lead, taking off my bra and panties and sitting down on the edge of the spa so I could adjust to the warm temperature. I was already sweating from the intensity, I didnâ€™t need the additional heat.

As sweat started to bead around my temples, Chris took notice and opened the balcony door for air. He grabbed the champagne bottle, popped the top, and took a swig.

I leaned my head back, closed my eyes, and opened my mouth. I felt the cool champagne on my tongue as it trickled to the back of my throat. The champagne dripped out of my mouth and we both laughed, passing the bottle back and forth between kisses.

â€œStand up,â€ he said while we were sitting together in the jacuzzi. The force of his voice heightened my excitement.

I stood over him in the water, my legs spread apart, and with the bottle in his hand, he reached up and poured the icy champagne all down my sweaty body. The cool liquid trickled down between my breasts, over my navel, and right between the lips of my warm, wet, pussy. My whole body trembled and every hair I had stood on end.

Chris got onto his knees and licked the champagne from between my legs. I rested against the side of the Jacuzzi and watched his head move between my legs, lapping up the now warm champagne. With his lips around my clitoris, he sucked until my breath became too quick to think.

I came in a flurry of heat and passion, and before I had time to calm down, he literally swept me off my feet, and pl
aced me neatly on the bed.

I reached for his cock, which seemed to have grown to an impossibly large size, and I guided him inside of me. I was still sensitive from the explosive orgasm he just gave me, but I could tell he was almost ready to explode himself.

I lifted my legs until they were by his shoulders, so I could feel every inch of him inside of me and he started to fuck me slow and deep, taking his time with each thrust. Then he kissed me, arched his back, and rammed himself inside of me hard and fast, over and over until I couldnâ€™t breathe.

I couldnâ€™t move, but it was the most pleasure Iâ€™d ever felt. He pulled the entire length of his hard cock out of my pussy until only the tip was inside of me, and then he violently pushed the rest of himself back inside. The intensity of pleasure I experienced was almost painful.

I lowered my legs and wrapped them around his waist, arching my back so he could hit my g-spot.

He thrust his cock inside of me so I had every inch of it, and then I grinded against his pelvis. After only a few seconds the pleasure was inescapable, I could feel myself about to come, and as my muscles tightened around his member, he found his release at the same time.

With both of us exhausted and completely satisfied, he ran his hands over my sensitive skin and kissed my shoulder. He turned towards me, looked me in the eyes and said, â€œI love you Claire.â€

They were the words I was hoping to hear, and they were the very words that I had been aching to release.