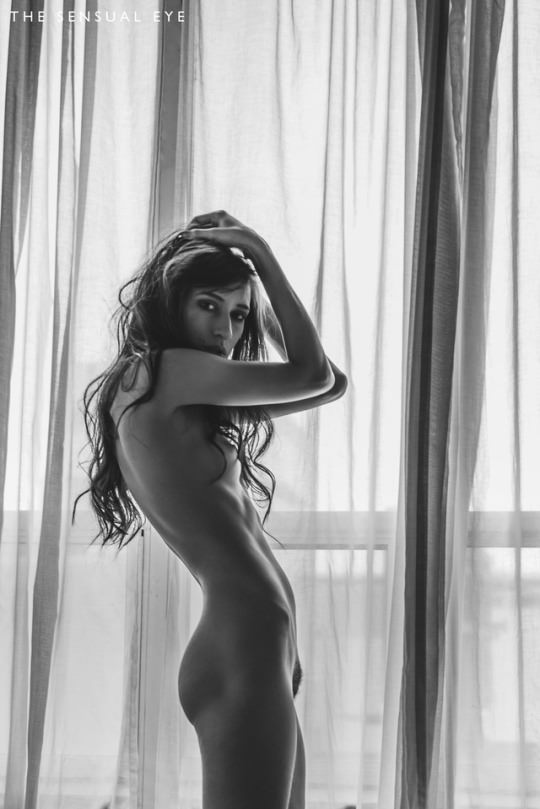 My friend Jack was two years older than I was so when he graduated from high school and went off to college I took over some of his duties. I mowed the lawn, took out the trash, and helped his mother around the house whenever she needed it. Of course I had my own key to the house.

I always enjoyed looking for her used panties in the corner of her bedroom and smelling of them. One day I looked in her panty drawer. She had about fifty pair of the sexiest panties that I had ever seen. I looked in the next drawer down and found almost as many bras in it. Below that was a drawer full of assorted garter belts, stockings, corsets, and camisoles. I must have pulled it out too far because it fell on the floor.

I looked in the space at the bottom of the chest of drawers and saw several shoe boxes. I pulled one out and opened it. There were hundreds of Polaroid pictures of Jack’s mother from when she was a teenager up to her marriage. The label on top helped. I looked at every one of them. I watched her grow up, I watched her breasts grow, and I watched her hair change frequently. I saw her nude with other girls, other guys, and I saw her having sex with them too. I saw the guys put their cocks in her pussy, in her mouth, and even in her ass. I saw her with two guys fucking her and with three guys fucking her all at the same time. I saw her with another girl and with several girls. I saw her with various items stuck in her pussy. Then I saw her fucking her old dog, the one that died a couple of years ago. She was the most amazing woman that I knew. I was in love with her and I desperately wanted to make love to her.

“What are you doing!” Came from behind me. I had been caught. I turned slightly and said, “I love you more now than I have for years. You are the most exciting woman that I have ever met. I would give anything to be able to make love to you.”

She said, and then she walked over to me sitting on the floor with a shoebox between my legs. She pushed me down onto the floor on my back and then she squatted down on my face and said, “Prove it!”

I was in heaven, I was eating her pussy, and I had dreamed of doing just that for several years. I could hardly believe that I was actually doing it. She was much moister than I had imagined but she tasted just as good as I had imagined. I got lost in her aroma and drifted off in my own dreamland.

Jack’s mother lifted herself up off from me to my dismay. I sucked one of her outer lips into my mouth and refused to give it up. My hands clutched at her legs and hips to no avail. Then my beautiful lady turned around and squatted back down onto my face. Suddenly my nose was engulfed in her pussy and my tongue was probing into her asshole. It was pungent but it was exciting too. She wanted me to ream her ass and take her around the world. Her desires were somewhat different than mine but none the less just as sexual. I was going to do everything that I could to please her so that eventually she would please me. I shoved the tip of my tongue into her asshole nearly a half inch before I heard her groan and slump forward. When she went forward my mouth became open and I gasped for breath that I didn’t even know that I needed so desperately.

I rolled onto my knees and looked at her. She was on her knees with her face on the floor and her big beautiful butt in the air. Her pussy was wet and open but it was her asshole that caught my attention. It was wet from my saliva and it was pulsing with her heartbeat. I got up behind her and positioned my cock at her pussy opening. I slipped it in just a couple of inches and then I pulled it out. I lifted my cock head an inch and lined it up with her asshole, then I pushed it in.

Jack’s mother let out a soft moan of pleasure. I let out a soft moan of pleasure too. After all, her asshole was the very first hole that my teenage cock had ever been in and it was not something that I would ever forget. I figured that that first dip in her pussy counted as me loosing my virginity but butt-fucking her was what I was there for at the moment and we both knew it.

I slammed my cock deep into her ass and she moaned out her appreciation. I slammed into her a couple of dozen more time and then I let my appreciation be felt. The hot sperm spewed out of my cock and into her rectum with force.

Jack’s mother said, “Well you have certainly proven it. I’m all yours whenever you want me.”

I replied, “How about three times a day for the rest of my life?”

She turned to look at me and said, “You want to fuck me a thousand times a year?”

I smiled and said, “Maybe more on weekends, holidays, and the summer break from school.”

Jack’s mother said, “Where have you been all my life? It took my husband over four years to fuck me a thousand times. Even my son took over two years to hit that mark. I know because I keep track of things like that.”

I slapped her ass and said, “Start a new chart and be sure to put an A on it for today. Now I think we should get naked.”

Jack’s mother got up and undressed for me. Then she set up her camera and took a few pictures of us together. She got out a new shoebox and put a label on it. Then she printed out the pictures that she had just taken. Apparently she thought that I need a box of my own…I agreed with her.

That Saturday we had sex four times and I asked my mother if I could spend the night because I wanted to get started first thing in the morning. Luckily my mother never asked what it was that I wanted to start first thing.

At one minute after midnight I stuck my cock in Jack’s mother’s pussy. That was the first of seven times before I had to go home that day. The next day was Monday and I had school. I made sure to stop off for a quickie before school and then I made a visit to her for lunch. After school I stopped in and ripped three off before mom tracked me down and wanted me home for dinner. I got to slip out of the house for another one before bedtime.

By the time the next Saturday had come around I had scored forty-five times with Jack’s mother. I was easily on track to hitting a thousand in just about five months. Now there was a record to shoot for.

When I finally dragged my ass home that Sunday my mother asked, “Are you fucking />
I remand silent trying to think of something to tell her that she might believe.

Mom said, “Normally she comes by on Thursday for sex with me and she didn’t show up. I figure that she was getting it elsewhere. Plus her silence led me to believe that you were her outlet now, otherwise she would have been bragging about her new />
I started to say something but not knowing what to say.

Mom said, “What if I invite her over to spend the night with us. She can eat my pussy while you fuck her and I won’t be left out />
I said, “You would do that for me.”

Mom laughed and said, “No, I’d do that for me. I need sex too but I’m not letting my son fuck me like Theresa did.”

I said, “You knew about that?”

Mom smiled and said, “Theresa let me join her and Jack in bed a few times. Boy, could he ever fuck.”

I laughed and said, “Maybe he could, but his mother says that I’m much better than he ever was.”

Mom said, “She rates her men by how long it takes them to fuck her a thousand times.”

Mom exhaled prominently and said, “Oh my God, no wonder she didn’t come around for sex with me.”

I said, “Call her, you’re giving me a />
Mom laughed and called Theresa. She said that she was coming right over.

Then Mom asked, “What excited you about me?”

I smiled and said, “You and Jack’s mother together having sex. I’d love to see that.”

Mom giggled and said, “You haven’t gotten into her forth shoebox then.”

I replied, “No I just looked in the first box when she caught me and I watched her start box number six for me.”

Mom giggled and said, “I was in box number one. I was one of her girlfriends when she was a teenager. I was the scrawny dark haired chick with her face in Theresa’s crotch all of the time.”

I asked, “Where you the one with the carrot greens sticking out of her ass?”

Mom blushed and said, “Yes, I was and the twelve inch carrot was all inside me too.”

I said, “Really! That must have been huge.”

Mom replied, “It was the biggest thing that I’ve ever had in my ass. It was tapered to the twelve-inch mark but the fat end was still inside my asshole and that was two and across. Your father’s cock was no where near that big.”

Mom laughed and said, “He would rather put it in my ass than in my pussy. I had to practically beg him to get me pregnant for you. He liked to put it in Theresa’s ass too.”

She looked at my mother and asked, “So how do we share him?”

Mom kissed her on the lips and said, “Just keep him out of my cunt. That’s all yours bitch and I don’t need him knocking me up.”

Theresa kissed her back and said, “I want all of his cock and your cunt, so don’t worry about getting knocked up.”

I vowed right then to fuck my mother at the first opportunity, until then I had Jack’s mother all to myself and just as often as I wanted it. I was pleased that Mom knew about us.

With total access to Jack’s mother I hit my thousand-fuck quota in just twenty weeks and four days. To celebrate our accomplishment Theresa got Mom all excited and then let me fuck her. It was all over with by the time she knew what had happened. Then Mom counted down the days until her next period.

We were in struck…

Then Jack came home for a visit. We mother swapped, if you will. After that visit Mom was not so lucky. Jack got her pregnant and nine months later she gave birth to Jack’s son Jack Junior. Those pictures went in shoe box number seven.