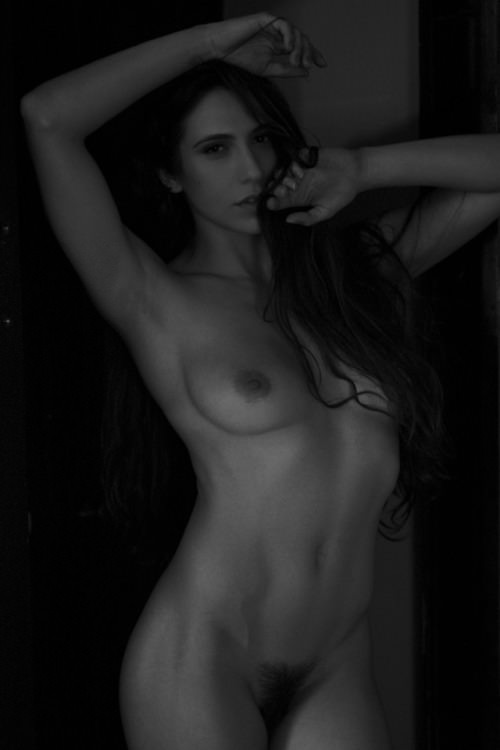 I sat in the living room, huddled in a ball, watching a comedy. I sat and watched for hours when I glanced at the clock and noticed it was nine o'clock. I stood up and adjusted my breasts in the bra and straightened my silk panties and walked up stairs to bed. It was a Friday night and school was a tough one today.
She crawled into bed and pulled the sheets up to her shoulders and flipped the Tv on for background noise, setting the channel back to the movie. Mom and dad were out at a fancy diner and wasn't going to be back until twelve. She was slap tired, but still wasn't able to sleep.
"Fuck. You know what…….. I might as well" she said as she kicked the covers from her body off. She turned the Tv to the exercise channel and stretched out her body on the floor until her legs were wide open and she was flat on her stomach. She took shallow breaths as she did yoga and stretched, though she felt her pussy lips spread everytime she did a leg stretch. She looked up at the television and saw that it had been only ten minutes. She felt a tense pain in her pussy, knowing it was begging for love.
She walked into her parents bedroom and fumbled through her mothers drawer and found the small colorful oval objects. She layed down on her parents bed and clipped one to her clit and let it vibrate against it. She started to groan as the warm sensation started to fill her.
"Oh fuck! Fuck! Fuck! Ughhhhh!" She screamed as she came over her parents sheets. She gripped the covers as each wave tumbled over her. She felt her body relax and stuck her hand between her legs. Holy shit! It was a huge puddle swamping around there. She quickly hopped up and started to quickly clean up.
"Oh hell!" She shouted and tugged the blankets of of the bed and threw them into the washer, after finding another set of sheets. She heard a car pull into the driveway as she pulled the sheets out of the washer and pushed them into the dryer. She rushed to the window and saw her parents exiting their vehicle. Shit! She hurried into the shower and showered off all of the stickiness from her thighs and ass cheeks. She heard the steps squieking as her parents walked up to their room. She heard moans and then the door slam shut.
That's right. Her parents went out to eat and then saw a romantic film. She had read that it had a bit of adult content than it was supposed to. She'd forgotten about that, and knew they were probably going to do this after they came home.
Oh, how fucking hot would it be to watch them? Whoa! What the fuck was she thinking? Her parents having sex is what she wants to see? Well, she needed to go to bed. She jumped out of the shower and quickly dried of and covered herself with the blankets after she squirmed into her pj's. She wanted a good rest before she went for her busy Saturday.

She was fumbling through her closet to find a good jogging outfit. She found the black stretch pants and dug around to find her Burgundy red short sleeved shirt and slipped her white tenni shoes on before hopping down the steps. She grabbed her water bottle and filled it with fresh water, then grabbed her book with her blotter paper and pen and rushed outside.
She jogged to the park that was about twenty minutes away, like she did every weekend. She circled around the huge fountains brick walk way for five minutes and soon found a bench to rest for a minute.
She sat down and stretched her legs out, and noticed a boy around her age of 14 was staring at her about ten fer away. She then found that her shirt was sagging down a little so her 36C breasts were being exposed to him. She sat up feeling her cheeks grow red as they met eyes and smiled at one another.
She held her breath as he walked over and sat beside her. He had a muscular figure but he seemed a bit shy. She noticed he was studying her slender but tall figure.
She had her height from her father and her slender but curvy figure from her mother. She had the biggest breasts in her school and most of the boys were slobbering after her. She had the long, straight burnette hair from her mother as well, which reached to her lower back. She never had the stomach to cut it any shorter.
" H…h..hi" said the boy after a few awkward minutes." My names benjamin. Isn't your name lily?" She nodded slowly as she was surprised he knew her name. "I'm in your history class" he said after a moment of her staring at him. She did think he looked a bit familiar.
"Well its nice to meet you Benjamin. Were you enjoying the view from over there?" I asked him with a sweet tone in my voice. I get the compliment of being pretty ballsie for my personality. His smile stretched from ear to ear as his face turned red from embarrassment. "Kindof. Sorry, I just see you here every weekend and this is the first time I saw you with a loose shirt….. and I saw you bending down, and I was about to walk over… and….and…. I saw your ……. breasts…. but there beautiful! Don't get me wrong! …..I'm ….. I'm really sorry…. and.." he stammered but she shushed him with her hand on his shoulder, which made him blush even more.
"You see me here every weekend and watch me?" She giggled as he tried to explain again that he was sorry.
"Dont worry about it! Its fine!"she said, with a bit of a giggle in her voice.
"No, its not! Its creepy! I'm super sorry……. I'm just gonna go" he whispered and started to stand.
"No,no. Stay. I like you. Please, don't leave" she told him as she pressed firmly down on his shoulder to sit him back down though he could of easily shrugged her hand off and walked away. He obeyed and sat back down and his faced grew red again. She laughed and started to strike up a conversation with him to get him to stop being shy.
She learned he was 14 as she was, and in the same grade as her. He had worked with his grand father and father at there logging farm for the last few years, which explained his muscular size. She even found that he was not in a relationship as well as she was. She thought for a minute and grabbed a piece of paper from her book (which she took notes on about her book since she wrote reviews on her blog about the books she read) and grabbed her pen as well and wrote down her number for them to talk and text to each other. He stared at her in wonder as she wrote down the digits.
"Here. I hope we can keep seeing each other in the future to come" and handed him the piece of paper. He looked surprised that she had given him her number. She stood up and stretched her legs a quick second and looked down at him.
Who knows. We may even become great friends she said to her self as she waved a good bye to him and began her jog back home.

She sat in her bed and thought about the last month that had passed by. Her and Benjamin were doing projects together, were eating together at lunch, and just last week he had asked if they could go steady at dating. It didn't take her a second to answer yes to that. She really wanted him as hers. Not anyone else's but hers alone. And she just remembered he was coming over tomorrow.

If there is good replies and you want me to write the second story, let me know and is will. I already have some really good ideas. If you want me to make the next one, you can send me a certain idea or action to happen somewhere in the next story or so of lily and Benjamin that you may want to read about hem to do. Thanks for reading and I hope you enjoyed!