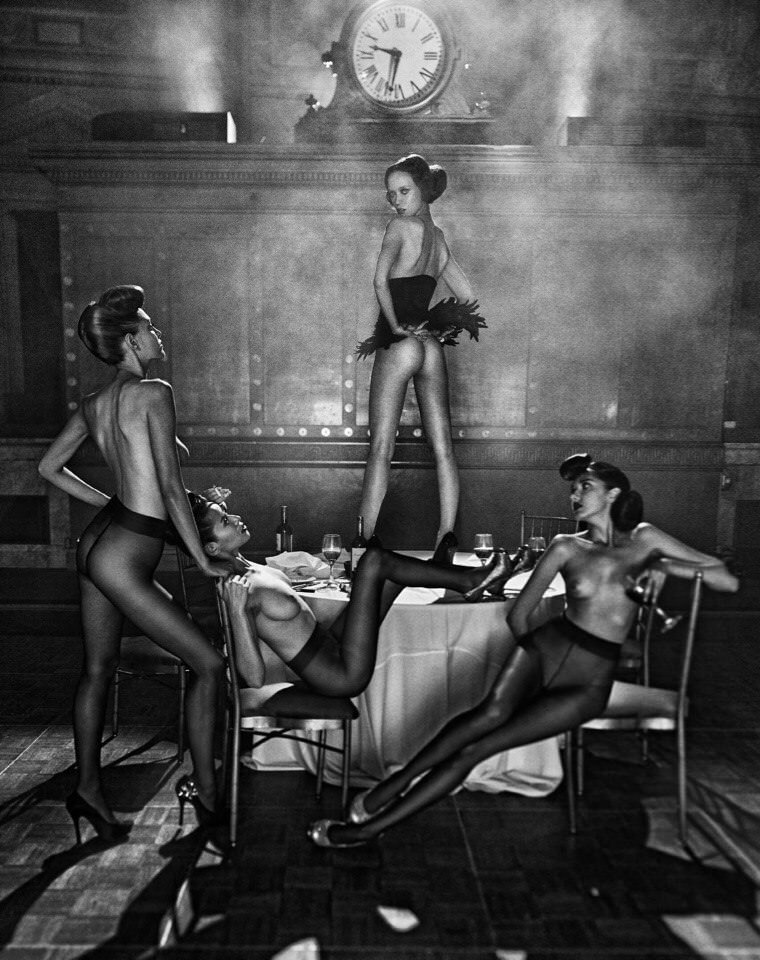 He watched the blonde climb out of her car and start up the walk from his vantage point behind the couch near the living room window. She pulled her overnight bag out of the passenger seat and closed the car door behind her. He watched as she worked her way daintily through the snow, trying hard not to get her shoes too wet or dirty. He smiled at her antics, a plan for her already forming in his mind. She was about to knock when she saw the note taped on the door.
"We're having a little bit different kind of party tonight, a 'lights out party'. Come in and change into your P.J's in the living room, then come upstairs. Megan." She read aloud. "Okay," She shrugged, not overly impressed. "Sounds like fun."
He nodded approvingly as she turned the handle and stepped inside, moving slowly in the dark. He had printed the note out earlier on Megan's personal computer to avoid a discrepancy in hand writing, and she was the first of his new recruits.
"Hey, Meg, it's Karen." She called. "I'm a few minutes early, thought I'd help you setup." When there was no answered she shrugged again, trying to flip on the light switch. Nothing happened because he had turned off all the breakers to the first floor. "You're really going all out with this theme of yours, aren't you?" She walked into the living room slowly, using her right hand to keep from bumping into something.
Finding the coffee table she sat down and removed her high heels, burying her bare feet in the lush carpet to keep them warm.
"I brought a couple of horror movies, like you asked. You know the kind, a slashers breaks into a house and kills a bunch of girls during a sleepover. I figured that would give the girls a good scare tonight." He increased the intensity of his night vision goggles, watching in amusement while she pulled off her blouse and skirt. Now in her bra and underwear, he was able to get his first good look at the girl. She was young like her friend, but he guessed her to be maybe a year older. She had an athletic figure and even in the dim green light of his goggles he could tell that she was tanned. He slipped around the side of the couch and moved slowly, crouching low to avoid any stray glint of moonlight.
He paused right behind her, holding the voice morpher to his lips.
"Hey, Karen." He greeted, his voice matching Megan's perfectly. She jumped, startled by his proximity.
"Megan, you scared the crap out of me! It isn't like you to do that! Shit, I think I peed my panties."
He thought about what to say for a second before inspiration struck. "I read this in a magazine." She turned around to face her friend, standing less than two feet from him and still was unable to see him in the dark. "You ever been through an initiation before?"
"You mean like those frat parties where they spank you and stuff? Not really my thing, /> be fun." He replied. "You do trust me, don't you?"
Karen laughed, tossing her blonde hair.
"Sure, girl, I trust you."
"Good, then put your heels back on and turn around."
Karen found her pumps one after the other, slipping them on and turned around obediently.
"You didn't go and get a vibrator like they did on that movie, did you?" Her voice sounded as though she were very much interested.
"You never know." He lied. He slipped the pair of very real handcuffs around her wrists and snapped them into place.
"You did. I've always wanted to try one of those. How did you get it, none of us are eighteen yet?"
He ignored her, pulling a blindfold from his pocket and slipping it over her eyes.
Without so much as another word he took hold of each of her arms as gently as he could and guided her from the living room across the hall toward the stairs. Karen was trembling with anticipation as he moved her and he had to smile at her predicament. This one is going to be a fun one, he decided.
"This is so kinky! I can't believe a good girl like you is into this sort of thing." She giggled as they passed the foot of the stairs. He wondered what she would think if she knew the truth of the matter, that Megan was tied up upstairs and that she was in less than friendly hands. You have no idea little girl, he thought, why take by force what you can get for free?
"Watch your step." He whispered in Megan's voice. "We're going upstairs to find a bed."