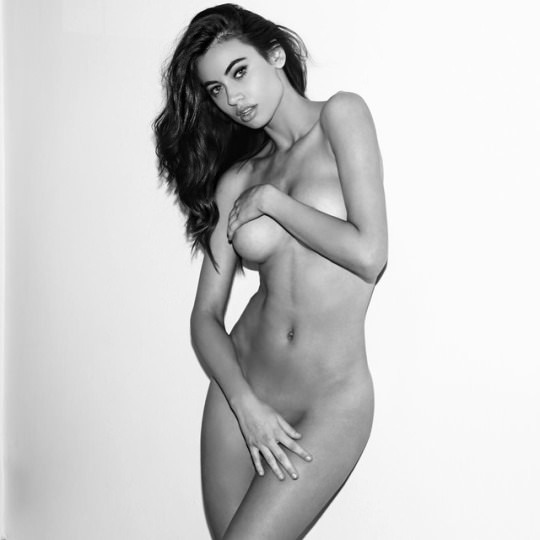 I opened my eyes to an all too familiar room. I was in the hospital. I looked around the best I could. I saw Ash in the bed next to me. In one of the chairs at the end of the bed was no one. Did anyone know we were there? What happened? Did I actually have sex with Adam?

I tried screaming but it was no use. I didn’t have a voice. I tried getting up but I wouldn’t move. Was I paralyzed? I was starting to freak out. Just then, the doctor came in.

“Jessi? You’re awake?” She said rushing over. “Your vitals are good. Do you remember what happened?” She asked. Thank god I was able to move my head. I shook my head. “There was an accident. You and your friend Ashley are both going to be fine. Can you move anything other than your head?”

I tried moving again. I took a little while but I was finally able to sit up and move my arms. My legs and voice still weren’t working. I looked around. Ash was lying in the bed next to mine and our things were on tables next to us. Our phones, wallets, and some snacks were there. I grabbed the Jell-O and ate that. It was orange.

At that moment I realized that we were on our way to the party. I reached over and grabbed my phone. I only had 1 text, from Adam. “I thought you were supposed to be coming. I guess not. Text me when you get this.”

I quickly typed up a reply. “Hey, sorry we didn’t make it. We got into an accident. Were at the hospital but were fine. Maybe you can come visit?” The doctor came in with about 2 other doctors.

“Jessi, your leg is broken and your wrist is fractured. Ashley is a little bit worse. She has a few broken ribs and one of her arms is broken, she has a concussion and fractured her leg. We have her on some heavy medication, so when she wakes up will you please call for us?” One of the doctors explained. I didn’t even notice the casts on. “You will be in a wheelchair for about a week and once you get the cast off your wrist, you will be fine to use crutches. Ashley will be on bed rest until her ribs heal, and by then hopefully she will be able to walk.”

“How long will she be on bed rest?” I asked. I don’t know if I would be able to face school without her.

“Only about a month, maybe a month and a half.” Another said. They all walked out. I was scared. I would have to go back to school without her for a month. I could barely leave the house without her. I checked my phone again. It was the night after the party. I turned on the TV and watched movies until someone came in and asked if I wanted food. I asked for some soup and cookies. I kicked the bed back and laid down.

A few minutes later, my food came. I was surprised to see it was Adam who brought it to me. He moved one of the chairs next to my bed. He sat and just looked at me like a dying puppy.

“What happened?” He finally managed to get the words out.

“We were on our way to the party. We started talking about our kiss, and then we swerved and hit another car, and now we’re here.” I said. He looked like he was about to cry. He took my hand in his and kissed it. Adam’s beautiful brown eyes were filling up with tears. “Ash is in pretty bad shape. She’s probably going to be asleep for a few hours more.”

“That cut on your head is going to leave a mark.” He rubbed his free hand along the edge of the cut. I winced in pain as it was sore. I looked over at Ash who was just lying there. She looked so sad and so miserable. I’m so glad she was asleep though, she would be ten times worse awake.

The nurses brought me a wheel chair in case I had to use the bathroom or wanted to go to the cafeteria. I got in the wheel chair and Adam started to push me towards the door. I looked at Ash as we walked past. She was starting to move. She was waking up.

“Adam go get a nurse or the doctors. She’s waking up.” I demanded. I wheeled myself the best I could over to the bed. “Ash don’t try to move. You will be in pain.” The doctors came rushing in. They checked her vitals and told her what happened. Lucky for her, she was able to talk.

“Jess, I’m so sorry. I should have been paying attention to the road. We missed the party and you missed a chance with Adam. I’m so so sorry.” She started to cry.

“Hey calm down. Adam is here visiting us. They told him to wait outside for a few minutes. You’re going to be on bed rest for about a month they said.” I explained. She stopped crying.

“Stop saying that. It’s not your fault.” I reassured her. I wheeled over to my bed and laid down. It took me a few minutes. Adam never came back in. I’m pretty sure he went home. But out time in the hospital flew by and soon enough I was back in school. Adam helped me carry my things and wheel me around. We visited Ash every day. Whether she was at the hospital or home didn’t matter. We helped her with school work and such. I was walking again and got my cast off after a month. Ash was told to stay in bed for another week or so.

Adam came over pretty much every day so we could do homework. We never talked about the kiss, but I never stopped thinking about it either. I wanted to talk to him about it but he didn’t seem interested. I finally said fuck it.

“So, what are we?” I asked. Was I stupid? Of all the things I could have said, that was what came out.

“What do you mean?” He asked closing his textbook.

“Well, we kissed and we hang out every day. I mean, friends don’t do that stuff. The kissing part.” I said awkwardly.

“Well, I want to be more than friends, but I don’t want a He said. He kind of left it hanging like there was more to it.

“Oh?” I said. I don’t know if he was thinking what I was, but I wouldn’t object.

“I want to be friends with benefits, but not full blown. Do you get what I’m saying?” He made a face like his words tasted awful.

“Have you ever done it?” He asked.

“No. You were actually my first kiss.” I admitted.

“Oh. Ok.” He kissed me again and put his hand on my leg. We kissed for a while and things started to get heated. He started moving his hand up my leg and onto my boobs. I put my hand on the tent in his pants. He stopped kissing me and unzipped his pants. He pulled his dick out of his pants and it was bigger than I imagined.

I got down on the floor and positioned myself between his legs. I started to lick his shaft all over. I took his balls in one hand and started massaging them slowly. He let out a soft moan when I lightly squeezed. I continued to lick his shaft and head covering it all in my spit. I used my free hand to stroke his cock for a little bit. After I was done teasing him. I started to suck on the head of his dick. I slowly made my way down his shaft, fitting as much as I could in my mouth. I hit my throat and gagged a little. He let out a groan.

so sexy.” He groaned. I kept going and I went and a very slow steady pace for a while. I started going faster and harder the longer he lasted. I kept hitting my throat every time. Eventually, I stopped and deep throated him.

He put his dick back in his pants and I rinsed my mouth with mouth wash. We went back to doing homework as if nothing had happened. My phone rang. It was Ash.

“Hello Jessi. This is Dr. Martin. We have Ashley here and she requested we call you.” I dropped the phone and ran.