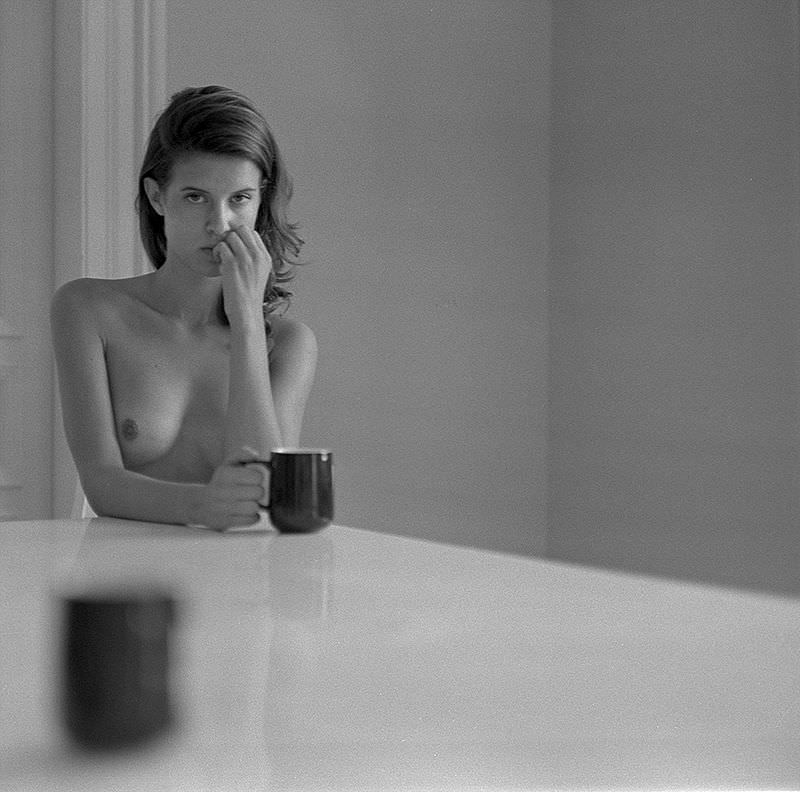 Her fantasy has always been to be waken up by a complete stranger and have him make love to her. I have known this for quite a while and I thought I could make this happen for her. It took quite a search to find someone that I knew she would like. We are in our early 60’s and in good shape. She is 5 feet 10 inches tall and weighs about 150lbs, with very long shapely legs and a beautiful ass. Her breasts while on the small side are still very perky and the pink nipples get very hard when she is aroused.

We went out to a club in town one evening and after a couple of drinks a nice looking gentleman approached us and ask her to dance. she looked at me for my approval. I just smiled and away she went. After a couple of dances and a little conversation My wife excused herself to go to the lady’s room. I asked him if he liked my wife and told him what I wanted him to do. He agreed and I gave him directions to the house and told him not to say anything to my wife. On our way home I asked if she enjoyed dancing with the man to which she replied “Yes I felt comfortable in his arms.” After a night of making love to my wife we slept comfortably in each others arms. Early the next morning I heard a tapping at the front door and I slipped out of bed and let him in. I told him to get undressed and follow me up to the bedroom. He was completely naked as he walked into the room.

He reached down and lifted the sheets and there was my wife sleeping naked from the waist down. I took a seat in the chair and began to watch as he slid into the bed next to my wife. She thinking it was me snuggled up to him behind her. He wrapped his arm around her and began rubbing her small tits with the palm of his hand. She moaned and pushed back against his now hardening cock. As he was undressing I noticed that he was a little longer than I was but I was thicker than him and as she reached back and began stroking him she moaned again. He began pushing against her ass as she stroked him and when he moaned she froze because she knew that it wasn’t me behind her. She started to pull away from him but he held her tight and said “I’m here to fulfill your fantasy.” She looked back and remembered him from the night before and then looked past him to see me sitting in the chair with my cock in my hand stroking myself. I smiled at her and she knew that I was ok with the situation and lay back down and moved back against him again.