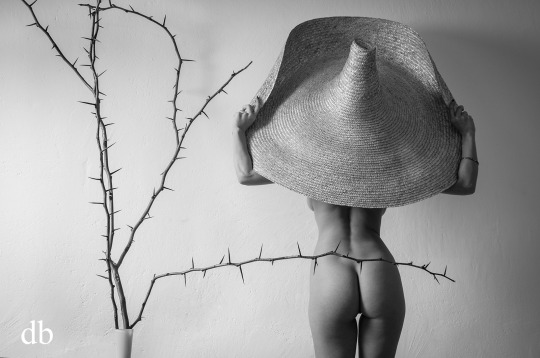 “Hey guys Renee Young here with Emma to discuss her match.” Renee recited the words for a second time nervously practicing them, hoping she wouldn’t stumble over them. She was distracted since Dean had broke up with her earlier in the day. The normally peppy interviewer was anxious about the interview since she had seen that Emma had just lost a match to Charlotte and Renee had recently started finding Emma intimidating when they were around each other. Emma was known for being a huge flirt toward the other girls in the locker room and it made Renee uncomfortable.

The memory of that latest orgasm returned to her and she felt a tad warmer as she continued to wait for Emma. The perverted girl considered taking a moment to slip away to the bathroom to quickly rub herself out but decided against it when she saw Emma walking towards her. Emma looked a little bit like a sore looser as she walked towards Renee then she gave her interviewer a curious look. “Something the matter?”

Renee bit her lower lip as she looked towards her interviewee noticing she was sweaty from the match since it had been the intense main event of the night. Her eyes flicked towards a bead of sweat as it dripped slowly down Emma’s cleavage before she spoke. “Sorry just a little stressed since I got dumped today.” “Oh.” Emma covered her mouth with a hand for a second. “Well I have a idea, meet me in the locker room later.” Renee hesitated for a moment unsure then deciding to appease Emma she agreed to meet with her. The camera man arrived and the interview started. As he worked on setting up the camera, Renee imagined what it’d be like to feel the wetness of Emma’s sweat mixing with her own as the amazing australian wrapped her muscular arms around her pulling her close. The thought came to abrupt end as the camera man signaled the camera was ready and started to count down with his fingers when they’d go live

“Hey guys Renee Young here with Emma to discuss her match.” She said into the mic as she made eye contact with the camera. The blonde easily brought the appearance of her usual peppiness and it reflected in her voice. She turned and held the microphone towards Emma. “Emma what is your plans going forward now since your loss.” Emma looking annoyed for the camera said “Well since Charlotte’s already declined my request for a rematch I’m going to destroy her little friend Bayley.” Emma walked away from Renee Young bringing an end to the interview.

Renee breathed a sigh of relief though perhaps she worried what Emma might think if she realized the canadian was staring at her cleavage. She spent a few moments to admire Emma’s magnificent ass trying to picture what it looks like under the tight red shorts until Emma turned a corner. The host of unfiltered scurried off to the women’s bathroom. As she heard the bathroom come to a close and walked toward a stall she found the cool air of the bathroom a nice relief from the humidity of the rest of the backstage. “Jeez how idiotic was I when I dressed myself earlier.” Finding an empty stall she opened the door and locked it behind her.

She felt she was vibrating with it as she hurriedly eased onto it, feeling her teeth vibrating as she shook. Given what little space she had to operate and the big distraction that was her eagerness to fuck herself more intensely she forgot about the concept of being quiet. “Fuck yeah Emma fuck me harder!” She practically shouted and began to ride the pink toy faster causing her tits to sorta flop up and down as well as small breasts can. She swirled the vibrator around inside her and pushed it further up. “MMMM She bounced a bit faster and toilet seat slid forward to adjust to woman using it as a makeshift stand.

The word seemed oddly out of place in Renee’s mind. In her fantasy Emma couldn’t possibly be able to say it while having her tongue inside her. Then Renee’s eyes break open as she thought “Oh shit.” She looked under the stall door and her suspicion was confirmed. Underneath the door she saw a familiar gray pair of boots that had been part of a backside she was appreciating earlier. She felt a flood of embarrassment as her cheeks pinkened slightly as she blushed and heard the australian say not in trouble just open the door.”

The embarrassed woman stood up and clicked the vibrator off. She then put her pants and panties back on and put her straps back on her shoulders. The blushing Renee then unlocked and opened the stall door. On the other side of the stall door she saw Emma still glistening and wearing her full ring gear complete with her expertly applied red lipstick. “Tsk tsk” was the sound that emerged from Emma’s lips as she looked the ashamed and perspiring woman across from her over. Renee looked almost ready to bolt from the room though at the same time paralyzed by fear of the power Emma had over her at the moment. Renee finally garnered the courage to speak she asked “What do you mean I’m not in trouble?” Emma after admiring Renee’s thighs for a moment in silence, looked up at her. “Well what was it you called me?” Renee blushed harder and shrugged her shoulders.

Emma tilted her head to the side and added “Come on think hard She paused a moment and then licked her luscious lips. “It had something to your pussy.” The australian beauty’s blue eyes lowered to Renee’s groin. She took a step into the stall. be afraid to say it. I won’t hurt you.” Renee hopefully that on words alone she could get out of this said “I called you a little slut.” Emma rested a hand on Renee’s shoulder. “Why would you call me that?”

Renee looked to the floor and at her and Emma’s footwear. “I’ve been fantasizing about you.”

Emma licked her nubile lips again in response to hearing the canadian’s confession. “You did say you wanted to relax.” Renee nodded. Emma took another step toward Renee so they were mere inches away from each other. Emma lowered her hand from Renee’s shoulder down to her thigh. As she squeezed Emma’s thigh, she whispered in Renee. “I want to fuck you too.” Renee’s eyes grew large and Emma kissed her. The first kiss was a simple nice neat proper kiss but as she kissed her more and more Emma got more intense and then slipped her tongue into the canadian mouth.

They licked each others tongues and then Emma stepped back a strand of her new lover’s saliva fell against her lip as she said do it in the shower.” Renee certainly didn’t refuse. Emma held Renee’s hand as they stood in the shower. Emma stripped off her own top revealing her superb bust. She tossed it and then Renee pulled her close and she helped strip off the red snug shorts. Emma kicked off her boots and then pulled up Renee’s black tank top and tossed it into the corner of the shower. Renee handed Emma her vibrator and then threw her pants into the corner as well.

She pressed her pussy against Renee’s in the sexiest meeting of anything Australian with anything Canadian ever and started scissoring Renee very fast. They both shouted in unison as they both squirted their pussy juices onto each other then Emma laid ontop of Renee for a few minutes. Then Emma casually got up and collected her clothes. Renee watched and admired the australian form again. Seeing Emma collect her clothes as well she thought “oh how kind.” though then Emma walked out of the shower. Renee followed after and found Emma standing next to the bathroom.

She walked over to Emma. my clothes?” smugly Emma replied “I threw them into a toilet.” Before Renee could get a response Emma grabbed her and shoved her out of the bathroom door, naked and into a very startled Charlotte.P