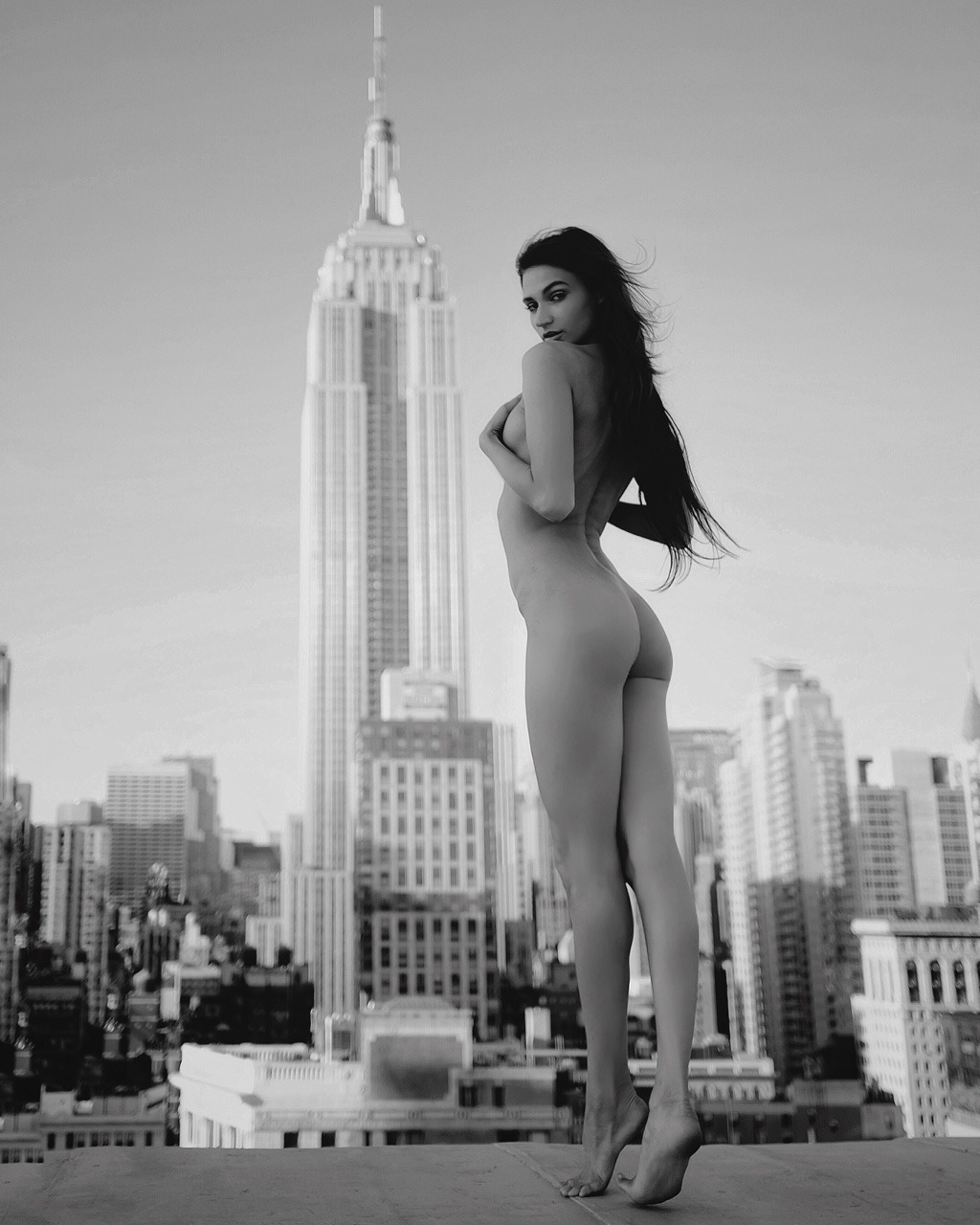 Let me introduce myself. I am a 15 year old girl (just) and I think I am fairly ordinary to look at, about more than average long legs, slightly chubby but I have been blessed with a noticeably large chest for my age. I am shy about myself as I think I could be slimmer but I know
the boys like my chest as I keep catching them looking at it. I suppose I am pretty, and I like laughing a lot which I think makes the boys sit up and take notice.

I hang out with a bunch of friends of about my age and we attend a youth club near my home. Jamie has been my youth club leader for a year or two. All the girls are always flocking round him. I had my share of looking at him but I normally stayed in the the events of this story.

Jamie is any 15 year old's dream. At 22 he's a little older than us but he's sex on legs. He stands at about and his body is nicely toned with a golden finish, strong broad shoulders, scruffy brown hair and sexy hazel eyes.

Eventually I couldn't ignore my desire to get to know him better and compete against some of my friends and against the older girls who are always flirting with him. Honestly I think he takes it all in good form and I don't know he's ever taken advantage of his position to get closer to any of the girls. But I set out to change all that.

I decided to make the best of what assets I had (my large boobs) and so I started wearing low cut tops and giving him a decent flash of my cleavage whenever I could. He started to notice me and I caught him eyeing me up a few times. As the weeks went on his gaze would linger longer on my chest.

Then I decided it was time for the next step…

I decided the next thing to do was make him take notice of my legs although slightly chubby they were long and smooth. So from there my skirts got shorter and shorter. To start with his gaze didn’t seem to register the fact I had short skirts on but eventually I noticed his eyes falling on them. Taking advantage of my situation I would drop things and seductively bend down in front of him to retrieve the object.

Eventually I got bored with this. One afternoon me and a bunch of my friends were sitting
opposite him. He seemed to be watching me closely. I began opening my legs. As he was sat opposite me he had a good view up my skirt. I gave a triumphant giggle. As he adjusted himself in his seat I snapped my legs shut and he had a look of disappointment on his face. Next time I thought, I'll give him something even better to look at.

He was noticing me more and more. Every time I caught his eye my stomach would give a flutter and my pussy would get moist at the thought of this big sexy hunk of man touching me. A day or two later he again was sitting opposite me. I had been planning this day and in preparation had not worn my usual g-string. I decided to wear nothing. His eyes were gazing over my body I placed my hands on my lap to draw attention to between my legs. His eyes wandered down to where my hands were. About 3 other girls were trying to hold a conversation with him.
He looked most uninterested in anything they had to say. His eyes were fixed on me. I slowly opened my legs again. He sat up slightly, not enough to draw attention to himself, just enough to let me know he was watching. My skirt pulled up my legs as I opened them. Eventually he had a great view of my half shaven pussy. His eyes practically popped out of his head. He adjusted himself in his seat, I’m guessing to attempt to hide the tent in his jeans. He failed badly.

My hand slid up my thigh, my middle finger slipped between my hot wet pussy lips. He again moved in his seat. My finger worked in and out of my pussy slowly. When I realised he'd had enough teasing I decided to end it by slowly pulling out my finger and slipping it into my mouth. This was too much for him and he got up and went to the men’s room. Once again I gave a little
giggle to myself.

As I readjusted myself and smartened myself up Morgan walked over gave me a wink and said very nice. My heart jumped in my mouth. How much had he seen?! Morgan was more my age – he was only 17. Not as tall as Jamie but still pretty hot. He had very short blonde hair and deep blue eyes. He was probably next after Jamie because Morgan normally has a group of girls trotting around after him. Girls loved him because of his bad boy image. He rarely behaved
himself. I wondered why he was paying me attention. Even if he had seen all my show for Jamie he must have seen half the girls in the club naked at some time, he was such a stud.

I was duly embarrassed but nothing more was said.

That Saturday there was a party at the club. Jamie kind of avoided me even though I had on a black halterneck top very low cut down to my navel i just had a row of jewels across my breats to stop it from showing more then needed.It was cold in the club and to my embarassment, as i couldnt wear a bra with my top my nipples would often go as hard as rock. At one point i stumbled into jamie my nipples pressed hard against him i whispered a hardly audable sorry he took a fleeting look at my breats said ok and walked off. I had brought a new white gypsy skirt for the occasion it rested a little above my knee but when ever i danced and twired around my black thong would openly be on show i would look round to see a few of the younger horny lads watching intently to see if i would do it again. I would give them a smile n continue to another part of the dancefloor.I was drinking Coke and to my surprise Morgan asked me for a dance then got me another Coke. After I drank it, he asked me for another dance, and as we danced I started to feel woosy. It was a fast paced dance and the ights were flashing it got to much. I went to sit down morgan followed and commented on how hot and flustered i looked,He suggested we go and sit outside. he sat me in the corner of the car park under a tree.After a few minutes i felt his hand start to wonder i went to ask him what he thought he was doing but as i opened my mouth his tongue was inside it.A little shocked i attempted to push him off.He seemed to have doubled his strength.His hand went between the gap in my top to my breast he rolled my nipple between his thumb and finger.through our tongues i kept trying to protest. As i got louder he pinched my nipple to tell me to be quiet.Morgans hand traveled south down between my legs he began to rub my pussy through my thong getting rougher and rougher.All through it i felt as though someone was watching us i was very aware of this feeling.Suddenly a pair of strong male hands grab Morgan by his top n drag him off my i fall back limply. I hear raised voice then the stomp of some very heavy feet. im then aware of bein lifted i open my eyes n find myself in jamies arms i rest my head against his shoulder.I close my eyes heavily.

When i open my eyes im in the storeroom lay on an old mattress. I look down at myself my right breast is hanging out and my skirt is up round my waist,It takes me a few moments to remember what happend.I get up off the mattress to the door as im about to push it open someone opens it from the other side.Jamie walks in. He push's me back into the room adn then sits on an old broken chair.

"awake now then?" he asks in a sharp tone

"yes,im sorry what exactly happened one minute im with morgan all over me the next ….its you?"

"i was watching you and Morgan because we all know what he's like. When you two got up and left i checked out your glass because i thought i saw him slip something in it and i was right when i looked in the bottom of it i found the remains of some kind of drug"

i sat on the mattress just lookin at the floor in disbelief.

"ofcourse you cant blame Morgan for his actions" he started to say. I looked up and his face was very serious.

"well look at your clothes and the way you act i saw you on the dance floor flashing everybody your thong. What you did to me the other day was very naughty aswel showing a youth club leader your pussy tut tut. So you cant blame Morgan for treating you like the little slut your trying to be"

i looked away from him slightly ashmed yet surprisingly aroused.

" i could help you over the desires to expose yourself you know" when he said this i looked at him he had a sly smile on his face.

slightly nervous but curious at the idea i nodded my head.

slightly shakey i stood up.

i looked at him.

"u wanted me to help u so do it"
my fingers fumbled with the corner off my top till i stared pulling it up over my stomach i reached the bottoms of my breasts and stopped. He raised his eyebrows.With one final pull it was off.

He glanced at me.

"now the skirt pull it down"

a little more confident i slipped it downjust past my thighs then i let it fall to the floor.

he gave me the once over.

"now the rest come on, no need 2 be shy i seen it all remember"

i come over all shy. he sighs and stands up and walks over to me. Grabs my crotch and pulls, my thong rips off. I take a step back in shock. He walks back to his seat.

"hands behind your head and keep your legs spread"