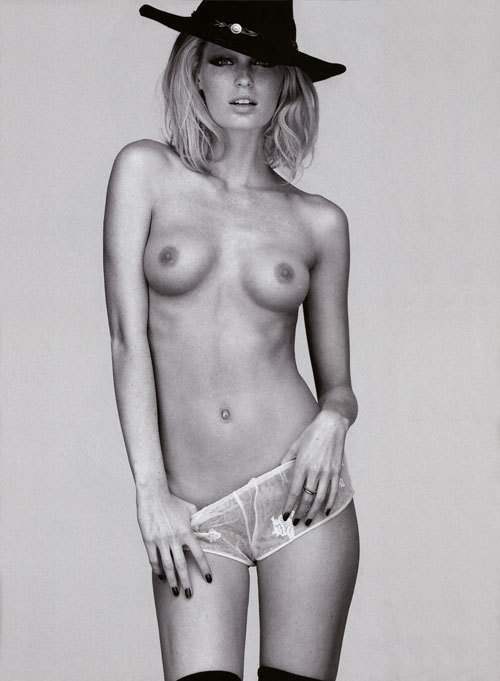 I laughed a little when I called my neighbor Neil to see if he wanted to ride with me to our high school’s basketball game and he complained that his cousin was staying at his folks over the weekend while her parents were out of town so he probably wouldn’t go.

“Bring her with you if she wants to go. I don’t care and it won’t be that bad. Besides, it’s bound to be better than sitting at the house with the parents isn’t it?”
Neal answered with “Yea, probably so. I’ll see if she wants to come with. She’s not really all that bad. I’ll ask her”

I had never met his cousin and assumed she must have been a good bit younger than us and was just trying to be nice to the neighbors that had let me use their pool last summer even when they were on vacation.

Neil came back on the line that they would be ready in about 15 minutes. “Cool, I’ll pick you up at your place” I replied. A few minutes later I headed out in my beat up old car get them and head over to the school for the game. We would just get there in time to watch the girl’s team play, followed by the boy’s game afterwards. As I pulled into the drive I was surprised to see that Neil’s cousin was our age; maybe 17 or 18 and appeared to be really put together in her tight jeans and t-shirt under a leather jacket.

“This is my cousin Janet” Neal introduced us. to meet you” I replied as Neal got into the front seat and she took the back in the big old four door.
Neal and I quickly caught up each other and tried to include Janet in our conversation as we asked about how her week had been the next county over. I kept peeking back at her in my rear view mirror and admiring the body under her jacket and tee. She finally noticed and grinned at me in the mirror with what looked like a bit of a blush.

Janet smiled and chimed in. “You know you really rescued us tonight Jimmy. I really didn’t want to hang out with Neal’s parents all night. I will be way more fun out with you guys. I don’t know why Mom and Dad think I can’t spend two nights by myself.”

“You a wild ass or something” I laughingly asked.

“Well maybe, but they don’t know that” giggled Janet.

answered Neal. “She got caught raiding her folks liquor stash with one of her friends a few months ago. They barely leave her alone at all now”

“It was just a taste…talk about over reacting” Janet pouted.

We got to the game just in time, but had to park far back in the parking lot. By the end of the 1st quarter Neil had wandered off to talk to a girl and he wound up leaving Janet with me.

“You know I keep a bottle of vodka hidden in my car if you ever want another taste without your parents knowing” I teased.

“Are you suggesting we go out to your car and get drunk?” she grinned and giggled a little.

would probably try to take advantage of me or />
talk teased back.

“Not I got up and offered her my hand. She took it and we headed out to the parking lot. “This is probably a really bad idea” she said, but held my hand a little tighter and walked a bit closer as we continued across the parking lot and on out to where we had parked.

When we got to the car I leaned back on the passenger door, pulled her close and kissed her long and deep. was nice” she whispered when I finally let her go and opened the door for her. When I walked around the car and go in myself she slid right over to me and kissed me again. I got out after what seemed like the longest, wettest kiss ever. Within a few minutes we had quit talking to each other at all and we heavily making out in the front seat.

It didn’t take long for me to get her jacket off and begin working my hands under her t-shirt as we continued to kiss and nibble on each other ears and necks. I rubber her tits from over her bra and she moaned what sounded to me as approval. As I started to open the front hook on her bra she moved my hands out from under her shirt. “None of that now…I barely know you” she told me. But she moved closer to me and began to kiss me again. After a few minutes, I had worked my way back under her shirt and managed to unhook her bra and push it away from her tits and feel her already rock hard nipples. I nuzzled down her neck as I pulled her shirt up higher and finally ran my tongue across one nipple before sucking it gently into my mouth. She moaned loudly and pulled my head into her breast. After a couple of minutes I reach down and unbuttoned her jeans. She just continued to hold me to her tits until I began to unzip her jeans when she slowly pushed me away. She looked at me hard, panting and beginning to sweat while holding me back at arm’s length.

you’ve already gotten farther than my boyfriend” she told me as she pulled the t-shirt back over her tits. “ I don’t figure you are planning to call every day and start making the 40 mile drive up to me for dates so I don’t think we are going to become a couple either.”

I replied, “A girl should probably lose her virginity to somebody special I guess. Sorry I got carried away.”

Shit I gave that up years ago. I just haven’t decided if I want to fuck him yet or not”. She almost seem offended at the idea.

“Sorry again” I said as I leaned over to kiss her again. Within seconds her shirt was back off her tits as we continued with deep, wet kisses and my palms began to rub across the rock hard nipples.

She pushed me back away and took a deep breath without making any move to cover her exposed breasts back up. “Well, I guess to be fair, my boyfriend is going to get some pussy next week!” she said as she leaned in to kiss me again and began to unbuckle my belt.

I practically no time we had each other’s pants and underwear completely off. She stroked my rock hard cock in her hand as I fingered her dripping wet pussy while continuing to kiss. At last, she turned her back to me and began to slide her wet slip up and down my cock as she leaned forward onto the dashboard. I reached to get a rubber, but she slid back up my cock until it was lined up with her pussy. She began to slide me into her slowly as she moaned out the words. “Birth control pills” followed by “shit that’s bigger than the others”. She continued to work her way down onto me and leaned a little more to get a better angle. Finally I couldn’t take it and shoved hard up into her. “Oh my god” she groaned out as I bottomed out in her. I reached up and began playing with her tits as I started to grind my hips and pump in and out of her.

“I don’t want to, but Neil will be looking for us soon.” I reached into the back seat and grabbed one of the beach towels that were always there for hitting the beach at the last minute if I wanted. I handed to her as I leaned in kissed her gently. “I really am not ready to be done yet. Sorry.”

“I know” she said. We really need to get ourselves together soon. The game will be over and we don’t need to be screwing when Neil comes to the car”.

We put ourselves together the best we could. Neil finally found his way back to the car about 15 minutes later and we headed home. Neil didn’t say anything but you could tell he knew something had happened. After I got them home, we all chatted a bit before they headed in. Neil went first as Janet lingered for a minute more. She looked at me and finally said “just so you know, it wasn’t even close to my first time, but it was the first orgasms I’ve ever had that didn’t come from my own fingers. We’ll fuck again before the weekend is over, I promise. And boyfriend or not, you can have me whenever you want”. She practically skipped to the house as she headed inside.

Damn…this was going to be a good weekend.