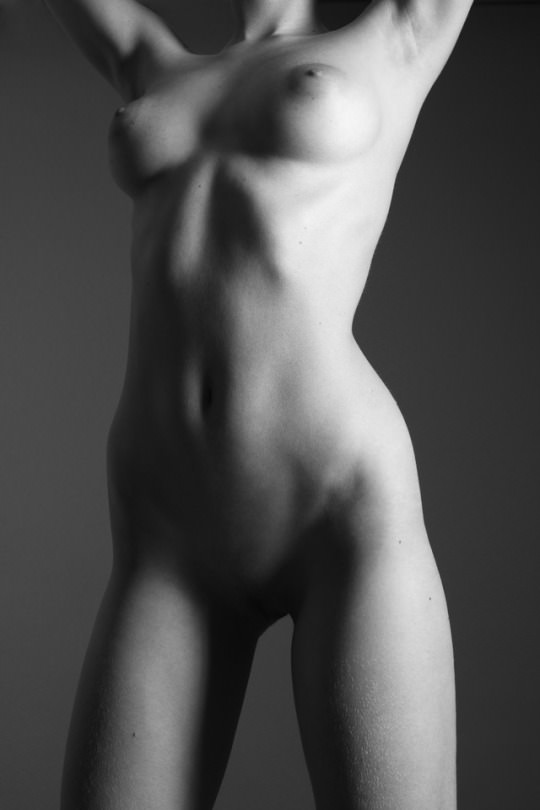 If you haven't read the first six parts of this series, please visit my author page on here and do so. Thanks for reading!

Jessica walked along behind her new mistress in silence, contemplating her fate. Her brother was powerless, if not outright dead, and she stood no chance of overpowering Melanie. The older girl was practically a Jessica didn’t understand how Melanie had avoided being corrupted by her incredible power though. At least, that’s what Jessica was thinking before Melanie opened the door to her home, and ushered Jessica inside.

Jessica stumbled to a halt, wide-eyed. Standing at the foot of a staircase was a girl who couldn’t have been more than 16, and who was the most beautiful, naked person that Jessica had ever seen. Jessica’s mouth fell open, and so did the other girls’ as they stood, staring at each other in silence. In that moment, the passage of time didn’t seem to matter very much; no amount of time was too much time spent staring at this beautiful creature, in Jessica’s opinion. A few minutes later though, Melanie shouldered her way into the space between them and cleared her throat, “Kayla, this is be staying with us for the time being.” She looked at Jessica and frowned, hissing just loud enough for her to hear “Keep your hands off my sister.”

Kayla overhead, though. “Hey! She’s ok, Her voice trailed off as her and Jessica’s eyes met and she repeated in a dull tone, worry about her.” Jessica smiled uncertainly, wondering why she felt so drawn to this girl that she’d only just met. Jessica looked at her mistress, then back at the new girl, Jessica.” She smiled shyly and flushed; Kayla giggled quietly and nudged Melanie playfully, “See, she’s ok Melanie.” Jessica looked down and scuffed her shoe on the floor, may I?” She extended her hand to Melanie in askance. The older girl took it with a frown, “May you what?” Jessica didn’t answer. Instead she sucked in a deep breath to steady herself then shut her eyes. She reached into her core, and with a sense of surrender she released her powers into her Mistress.

Melanie’s eyes went wide and she bit her lip in surprise when a rush of power flooded into her body. She whimpered and put a hand out, leaning against the wall to brace herself as a powerful orgasm blossomed within her. Jessica’s power was a pittance compared to Melanie’s, but combined with her own…it felt like she could do anything. When she opened her eyes again, trembling slightly as she came down from the orgasm, she saw her sister and Jessica standing very close together, just caressing each other’s bodies almost curiously. The expressions in their eyes and on their faces were the most obvious examples of puppy love that Melanie had ever seen. She sighed to herself, deciding to let them do their thing. She could also put a stop to Jessica if she had to….Heaven only knew she was strong enough, now.

Melanie left the room, feeling almost drunk from the power raging through her body. Without even thinking about it, she extended her hand as she walked through the kitchen, and a glass flew into her hand from the counter. She walked to the sink and casually flicked her hand a few feet away, turning the faucet on. Her telekinesis, or magnetokinesis, whichever it was, was stronger than ever. She was stronger than ever. She leaned on the counter, holding the glass of water gingerly and taking occasional drinks from it. She felt anxious, like an overcharged battery, like she might fly out of control with even the slightest touch. She frowned, “This could be a Fortunately their mom was at work, so she wasn’t in any danger. Kayla was only human, though, and Jessica had apparently given Melanie her power. Melanie couldn’t even think of a proper unstable analogy to describe how dangerous she felt, if she were to lose control of the power raging inside her.

She made her way to the family room, and dimly heard Jessica and Kayla heading upstairs, giggling and moaning occasionally as they went. She hesitated and looked back in their direction, wondering if she should do or say something. Oddly enough though, it didn’t bother her that her sister was “slutting it up”; she and Jessica were close in age, so she was mostly ok with it. She sat down at their computer and stared at the dark screen thoughtfully. She could feel the electricity inside the machine, she could sense how it worked, what made it tick. It was almost like she was communicating with it, in a way. That gave her an idea. She concentrated, and mentally urged the machine to turn on. At first, nothing happened. She hesitantly reached a hand up and touched the screen, and it flickered on, sending a slight jolt of electricity through her hand in the process. She moaned softly and withdrew her hand, smirking. So she could control electronics by touch. Maybe with enough practice, she wouldn’t even have to touch them?

She put her hand on the screen again, and mentally willed the computer to go to YouTube, and type in a search for her favorite band, Corset Queen. The lead singer in that band was really hot; she’d been a fem-crush of Melanie’s for over a year now. She paused, thinking. Upstairs she could hear Kayla moaning loudly, occasionally punctuated by grunts or moans from Jessica. Good for them. She shut her eyes and pulled her hand back from the screen, reaching out with her mind and linking to her sister and Jessica. Sure enough, she began feeling as they felt.

Jessica was a talented lover. Her lips were everywhere, kissing, caressing, nibbling, worshipping. It felt incredible on body. She’d emptied most of the milk from breasts in less than ten minutes, and had gone to work on the rest of her body. The girl writhing on the bed beneath her, Kayla, was the vision of innocently sensual perfection, in Jessica’s eyes. The way her eyes crinkled at the corners when she moaned, the way she licked her lips right before and after her orgasms, the milk leaking from her flawless young about her just made Jessica want her that much more. Her tight pussy was leaking pre-cum like crazy, and Jessica sucked it up like honey. She would drive her right to the edge of orgasm before mounting her and making love to her. She was the first girl Jessica had ever wanted so badly, so purely, as to truly make love to her. This was more than sex, this was….

Melanie pulled her mind back, gasping and shuddering. Her muscles were spasming uncontrollably, and she pushed herself up from the chair before collapsing to the floor as several intense, white-out orgasms tore through her body. By the time she was finished, and her power was back under control, there was smoke rising from the floor where she’d been in contact with it. Scorch marks now stained where she’d been lying. She sat up and her head swam for several seconds; she let out a slow breath to steady herself. It was crazy how much Jessica wanted her sister…the feelings she was having towards Kayla were so private, so intense, that Melanie felt slightly nauseous from intruding. Either that or it was her powers going out of control that had made her nauseous. She gingerly stood up and sighed, rubbing her arms absently. Her skin still felt like there was an army of ants crawling around just beneath the surface. She caught her reflection in a mirror across the room, and noted without much surprise that she was glowing intensely. An aura of energy seemed to radiate from her skin, illuminating her and making her appear almost angel-like, not human. She turned away and leaned against the wall, staring at the scorch marks on the floor. “What have I