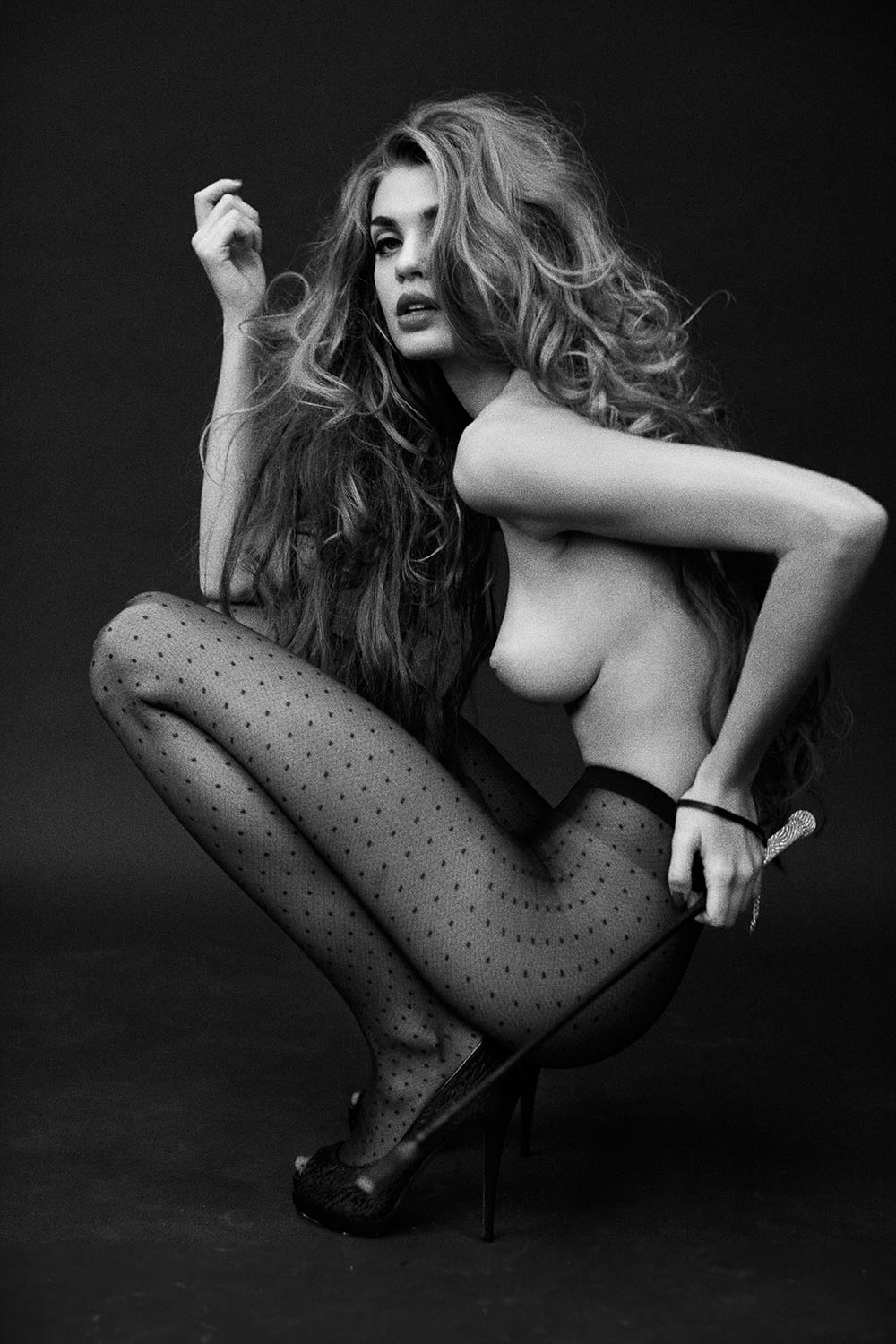 I never thought I’d be writing a story like this. I don’t know exactly where to start. I can still close my eyes and see the two of them. I guess the best is giving you a brief history. I grew up in a small town; it was just a normal life.

I was an only child. When I was in high school, guys would tell me how hot my mom was. I never noticed, because she was my mom. After I went off to college my father decided to take a new job with his company. Now he works seven and seven, he told that it would give him and mom more time to travel. When he would be at work, my mom had sisters that lived around to help. Mom doesn’t work but loves to cook. It would not be unusual for her to have my aunts and uncles over for dinner.

After college I took the job with the sales company where I travel the lot. From time to time I would be traveling through my home town and I would stay with mom and dad. This particular time I was traveling with my boss, who travels with me from time to time. This time it just so happened that my father was out of town on his seven day work week. I told my boss that I was staying at my parents’ house. He said not a problem, but he would just stay at the local hotel.

Let me stop here and tell you a little about my boss. He is a true salesman, a very good talker, can make friends quickly. I never asked but I would say he’s in his early 30s and a nice looking man.

As our day went on, my boss and I started to talk about dinner. He wanted to take me and mom out for dinner, I called mom, but mama would hear nothing of it. We have a policy against a boss going in to our house, but I guess nothing against the boss coming in to my parents’ house. He accepted her invitation for dinner. By the way who can turn down a home cooked dinner from mom anyway?

He drops me off at mom’s house and went on to his hotel room to freshen up for dinner. After a little while he came back to my house. As soon as my boss was there, his personality started, he proceeded to talk to mom like they were long-lost buddies he even helped her cook dinner. After a while I felt like a third wheel. The two of them just kept talking about all kinds of different things; I just sat there and ate. After dinner we all went to living room and had a little wine. After a couple of glasses of wine and being ignored I had enough, I just went up to bed I don’t think either one of them noticed. I got out my tablet and played on the Internet in the chat rooms for a while. After about an hour or so I noticed mom never came upstairs. So I went to see what was going on. I was very carefully as I look from the top of the stairs. I was in shock on what I saw. I could see mom and my boss making out on the couch like a couple of high school kids. Part of me wanted to go down and stopped them and asked them what they were doing, but another part of me wanted to sit there and watch. When I first noticed them they were sitting on the couch just kissing, but from time to time I could see my bosses hands move up and down mom body. He was rubbing my mom’s tits and legs; I could tell mom was enjoying this because her nipples were very hard. From time to time he would move away from her lips and down her neck. At time I would hear say things like “we need to stop this, it’s not right”. But of course my boss didn’t stop he just kept going more intensely every time she would say stop. I could tell he was trying to go farther with her. I could see that he was playing with the buttons on her shirt, trying to undo it.

My boss then starts to lay her down on the couch while still kissing her. Now he was on top of her he was actually grinding himself into her, like they would be fucking, but they still had there cloths on. At this point I was so horny watching them; I was about to cum right there without even touching myself. He stayed on top of her kissing for a few minutes, the whole time he kept trying to undress my mom. She attempted a few times to stop him, but never really put up a fight. Eventually he got her shirt open and he unhooked her bra releasing two very beautiful tits. This was the first time I really noticed how sexy and beautiful my mom was. My boss would suck on each of the hard red nipples, and then he would move back up into her neck area and kiss her on the lips. Moms seem to love him kissing her, she would moans and grown often. After a few minutes of doing this he starts to sit her up still kissing and playing with her tits. He then takes her hand and puts it into his lap, she pulls it back and really persist this time, telling him that they need to stop and that I was upstairs. He started kissing her again. After a few minutes he undoes his pants and releases his cock, mom still persist by saying “no we can’t do this.” He asked her to just suck on him for a few minutes. At first she looks at his cock and then she puts her hand on it and starts to jack him off. Next she lowers her head and proceeds to give him a blowjob. I can hear him moaning from time to time while mama is sucking on him. I also notice that he is slowly removing his pants After a few minutes he proceeds to set her up again where again he proceeds to kiss her on the lips on the neck and on her tits, which I can tell mom loves. She still has her hand on his hard cock. As he would move away from her lips, she would say “we need to stop this,” “it’s not right I am married”,” my son is upstairs”. As before my boss did not stop. He placed her on her back again; he then started to take off her shorts. This time she really persistent in saying “no, we do need to stop I am a married woman”, she even pushed his hand away a couple of times. He starts kissing her again on the lips and she melts and gave in. He tells her that all he really wants to do his taste her and make her cum. She put up very little resistance after that. He proceeded to remove her pants; there was my beautiful mother naked on the couch with a younger man. All I kept thinking was my mother is a cougar and how hard my cock was. My boss proceeded to lick my mom’s pussy. I know that she is enjoying it immensely. I could tell because her hips were moving constantly her back was arching and she was moaning, I could very easily hear her upstairs. After a few minutes he was still licking her pussy but she had started to calm down, she must have cum. Next my boss stops licking her pussy, he started kissing his way up her body. I can see that he was trying to get her legs open but she really kept persistent this time. I wonder for a minute if mom was going to stop him or would she give in. My mind was going round and round, part of me wanted to go stop them. A part of me wanted my mom to say “no” and stop him. Another part wanted them to keep going so I can watch them, I was so horny. He keeps kissing her and it was not long until he had her legs open. He moved up a little so that he could put his cock inside of her. He proceeded to push in and out of her wet pussy. Somehow he rolls them over, without falling off the couch and now my sexy mom is on top of him. Her tits are bouncing up in the air, she would lean over so he could kiss them and suck on her hard nipples. She was definitely moaning and groaning quite a bit. He was starting to moan also. I can see him thrusting up as she sat on him. By this time I couldn’t stand it any longer I was about to cum right there on the floor so I made my way into the bathroom and proceeded to jack off, while listening to my mother down stairs ride my boss’s cock. It didn’t take any time for me to cum.

After I finished and cleaned up, I went back to my bedroom I turned off the lights and got in my bed. I did not hear any more sounds coming from downstairs. One though came into my mind was that my father told me a few years ago that he had a vasectomy because it was cheaper than getting my mother tubes tied, so I hope my mother knows what she’s was doing. A few minutes later I could hear her open my door and check in on me but she didn’t say a word.

The next morning when I woke I went to the bathroom to take a shower mother was coming out of the bathroom. She told me that breakfast would be ready in a few minutes. I went downstairs and proceeded to eat breakfast, after I was dressed. My boss arrived there a few minutes after that. Mom had also made him breakfast. It was very interesting breakfast watching the two of them interact with each other, knowing what had happened the night before. I could tell they were trying to be discreet and not lead on to what happened. After breakfast I went upstairs to get my things. I wonder what would happen when I was away. After a few minutes I came down stairs, they were now on opposite sides of the table. But I did see that mom’s robe had been switched from the left over right, to now right over left, so something happened.