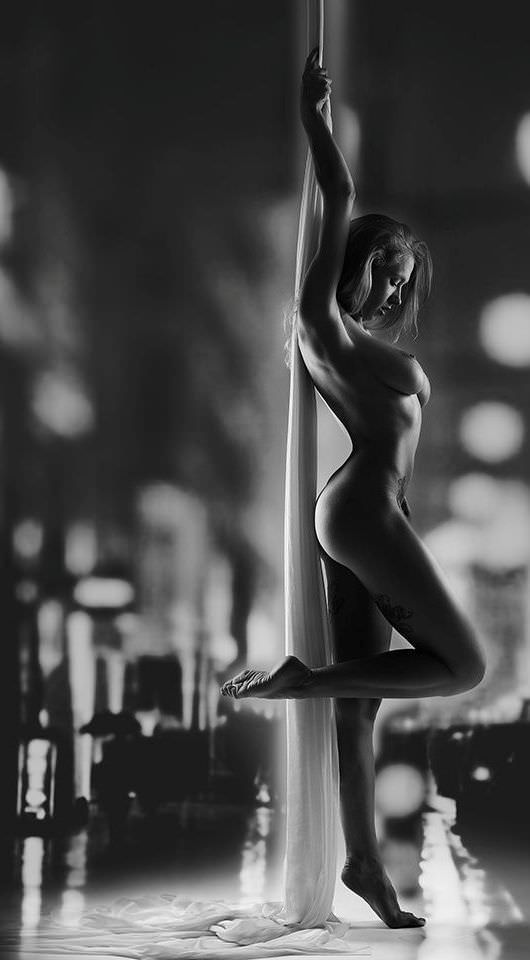 Lisa’s project to loose her virginity didn’t yield any successes yet, so far she’d sneaked off campus once and she’d only had received one hand job by some married dude. Her wig and cropped skirt laid deep within her closet, hidden. Waiting for a new adventure. But life got in the way. There was homework and friends popping by unannounced, then suddenly it was Thursday night and Lisa was in her dorm all alone with nothing to do.

Her heart sunk into her shoes. Right in front of her stood mister Trevors, her math professor. She blushed and stared at his black polished shoes.

Lisa was startled. Shyly she looked up into his face. He had a friendly but inquisitive look on his face. He didn’t recognize her, did he?

a… whiskey please.’ She just mentioned the first thing that came to mind.

A friendly smile. A nod. He asked. ‘Or do you want it on the rocks? Or with some soda? Or />
She mumbled. Then she straightened her shoulders and said it again. This time with more confidence. ‘Pure, please.’ She said.

She had to make a decision. Mister Trevors was apparently quite drunk and with the wig and all of her make-up he didn’t recognize her. She could either ditch him and find another guy to loose her virginity to or see how this played out. She was kind of curious so she stayed and sipped from her scotch, while she studied him with her eyes.

A nervous tingle in her tummy. He wasn’t that cliché tall handsome prince you heard about in the romance novels, but he had a pleasant energy. He had messy hair, that gave him an air of nonchalance, thick eyebrows, a film of stubble. Pinkish lips, his lower lip a bit bigger, so it seemed as though he was perpetually pouting. She’d never noticed that before in class. She started to giggle and pulled herself together. She twirled a lock of hair around her finger and kept staring at his lips. It would be so hot to fuck her math professor. Tomorrow in class nobody would knew she’d fucked him, not even he himself.

She poured the last bottom of whiskey into her mouth and grabbed his wrist.

The little black hairs on his lower arms tickled against the palm of her hand. She pulled him towards the car then pushed him up against the side. She kissed him. She nibbled on his pouting lower lip and sucked. Sticking out her tongue. He tasted of beer. She kissed him on the mouth and cheek. She had to stand on her toes, her body leaning into his, she tried to nibble on his earlobe.

Then she opened the car and pushed him into the back seat. Crawling on top of him. Knees on either side of his body, one stuck between his ribs and the back, the other one balancing on the edge of the seat. She was riding him. She felt a bulge growing between his legs, throbbing, getting bigger and bigger. She rubbed her labia over his crotch. Without panties to protect her sensitive pussy, his jeans were a bit too rough.

She stopped suckling on his earlobe for a little while.

not married are you?’ She asked. Remembering the last guy that had left her in the middle of a dark alley.

He shook his head.

‘I’m single as a pringle baby.’ He said.

She said Pringles came in a tube and where never alone so the metaphor didn’t make any sense, but he interrupted her with a kiss. He cupped the back of her head and pulled her in close, his lips soft and tender. Way different than she’d expected. She kissed him back. Soft. His hand laying in her neck, caring, tickling the nape of her neck, scrabbling fingers caressing her back, in between the shoulder blades. She felt like she was melting.

She blushed thinking about math class already. Thinking about the big lecture hall, maybe she should take a seat at the back tomorrow. Just to be decent. She panted in his ear, uncontrolled breathing. A trail of kisses on the side of his neck, kissing his collarbone. She pushed herself up and started to unbutton his shirt. She carefully watched his face, expecting him to stop her, but he didn’t say a thing. He just put his hands behind his head and let her have her way with his body. First she traced a line across his chest, toying with a curly chest hair, then she bent over and started kissing him on his pecs, his nipples hard and and fiercely prodding forward. Would men like it if you suckled on their nipples? She didn’t know. She closed her lips around the little nodule and started to lick an play around. Her body cramped up, she started to feel pins and needles in her legs, the car was too small. She tried a different position and took the other nipple in her mouth.

He said. ‘Nipple play isn’t really my thing, you can move on now.’

It was a little wrestle of limbs in the tiny space. She accidentally knocked him in the eye with her knee. He cursed and rubbed his face, but then he unzipped his jeans and pushed them down. His cock was somewhat crooked, but incredibly thick, it was almost as thick as her wrist. She felt her pussy throbbing in excitement, yet she didn’t even know if he would fit, maybe the curvature helped a little.

She bent over him and pushed a little kiss on the shiny purple head. It twitched.

‘Is that normal?’ She asked.

‘Off course.’ He said laughing. the matter is this your first time?’

She said. She gave his cock another kiss and it twitched again. It almost escaped from her hand. She closed her fingers around the shaft and put it up right. Wetting her lips, carefully, watching his face as she closed her lips around the tip. So far so good. He didn’t complain. She moved her mouth over the tip until she surrounded the shaft, deeper and deeper, the tip bumping into her tongue.

‘I’ll teach you.’ He said. start off so deep, first give a lot of kisses all around, kiss the balls, the shaft, the groin His fingers intertwined in her hair. In her wig. She felt the wig moving, she grabbed it with both hands and readjusted it back in place. Terrified she looked at him. Did he notice? Did he notice it was a wig? Apparently not.

‘Go on babe.’ He said tilting his hips forward and thrusting his pelvis into her face. She gave him lots of little kisses and nibbles all around his cock, nervously licking and swirling her tongue around his groin. Her math teachers groin, this was what his cock looked like. She knew. Tomorrow nobody in the lecture hall would know except for her. More kisses. His pubes chafing her chin. A long line. Tracing his cock with her tongue. Ending on the tip, a little shimmering dot of pre-cum had formed, she licked it off. It was slightly salty. She sucked the head of his cock into her mouth again.

‘Good. Yeah. Good, that’s right.’ Mister Trevors panted. a natural. You’re intuition is right on. Go.’ He pressed her head further and further over his cock, her lips sliding past the shaft, she felt every wrinkle, every last bit of crumpled skin, every vein. She smelled his lust. Musky. Manly. Her mouth was completely stuffed with his cock yet he kept on pushing her to go further. His cock bumping into the back of her throat, she could barely breath. She gagged and coughed. He pulled her up by her hair.

At least he tried to pull her up, but he only managed to rip off her wig. Startled he looked at the short red head of hair dangling in his hand. It was a ridiculous sight. Lisa started giggle. She wiped away her gagging-tears, her make-up smeared, and dark mascara smudged on the back of her hand.

Lisa couldn’t stop giggling. He grabbed her shoulders and shook her.

going on?’ He asked quite terrified.

He asked. ‘Is this a ploy? A conspiracy? Are you trying to get me fired? Who’s in on this?’

‘I didn’t know it was you. I swear. This is… this is entrapment or something. You’re the senators daughter, aren’t you?’

‘Well… yeah… sort of, my father is a state senator if that’s what you mean, but let’s not talk about my father. My father doesn’t need to know. No one needs to know. We’re both adults, you don’t have to mention to the staff that I was off campus tonight, and I won’t mention to the staff that you slept with a student. That sounds fair doesn’t it?’ Lisa took his cock in her mouth again. It was slightly softer than before. She bopped her head up and down moving her lips and fingers simultaneously over the shaft.

Mister Trevors sank into the back seat, he sighed and seemed to enjoy the sensations for a while. Then suddenly he lifted his head again and opened his eyes. He held her back.

‘How old are you, miss Wallis? Are you at least over the age of consent?’

Lisa started laughing. be silly. Do you call yourself a math professor? I’m in your senior year how old would I be?’

He just stared at her. Petrified.

‘Lay back.’ Lisa said. She pushed him down and took his cock in her mouth again. Lots of sloppy wetness, saliva dripping past his shaft, she tried to take him into her mouth for as far as she could, gagging and making noises along the way, she felt him getting hard again. She must be doing something right, so she kept on doing it. Rhythmically. Panting. Softly caressing his balls with her fingers. She noticed his breathing getting quicker, so she picked up some speed as well. His hand resting on her own sweaty blond hair, guiding her head over his cock.

‘I’m gonna…’ He stumbled. ‘I’m gonna blow.’ He pushed the words out of his mouth. He seemed to be waiting for a reaction of some sort, but Lisa just kept on going, if he was gonna blow, she was on the right track, it meant he enjoyed it, didn’t it? His body cramped up, a moment of silence, all his pectoral muscles tensed up. It was a beautiful sight. Lisa twirled her tongue around the shaft. He growled and moaned. His body releasing now, rocking wildly, a seep of cum into her mouth. He tasted somewhat bitter. She swallowed it all, she kept the cock in her mouth until his orgasm seemed to be subsiding. The erection faded away. His cock was a soft lump of flesh laying on her tongue. No matter how she suckled or licked, it didn’t twitch anymore, he didn’t get erect anymore.

Lisa nodded absentminded, she was focused on his flaccid cock. He couldn’t fuck her with that, could he?

‘Make it hard again.’ She said. ‘You need to fuck me still.’

‘I He cupped her face and rubbed his thumb over her cheek.

‘Well. But you know, when a man has an orgasm there’s a refraction period and that means it takes a while before he can get an erection again.’

‘No need to become all teacher-y on me.’ Lisa said. ‘I just want to loose my virginity. Fuck me or I will tell people about this.’

He was shocked and shook his head. ‘You don’t mean that, do you? I swear I can’t help it. It’s basic biology.’

He complied with a nod.