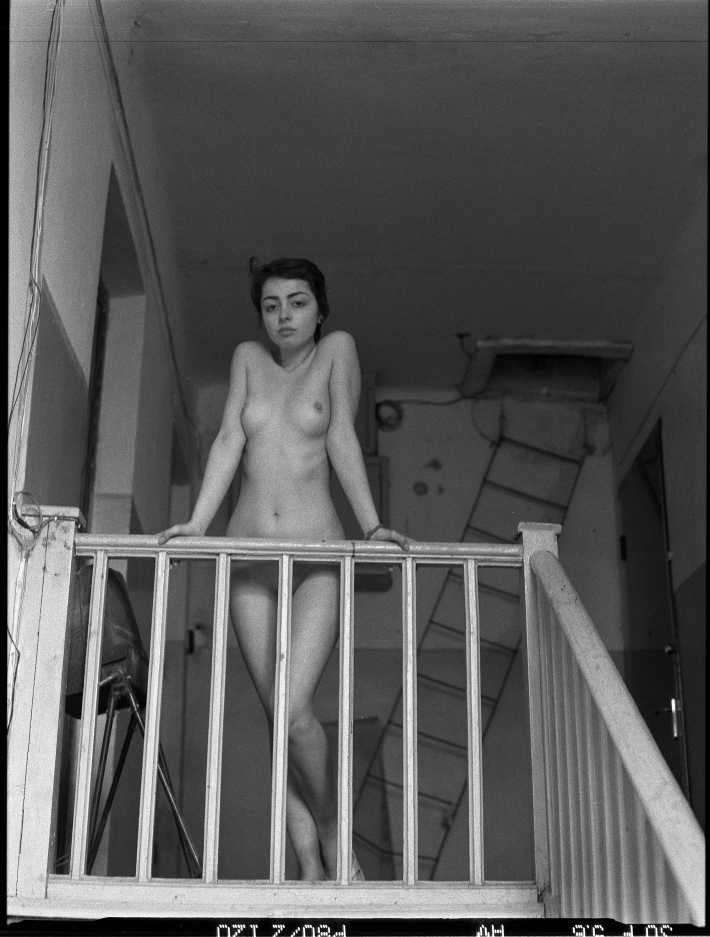 she gasped into the phone. "No…I told you I can't tonight" I sighed. It was funny.
Here I was, still a virgin, turning down a night alone with Erin. Erin was the slim tomboy from
my high school. She was slim with short blond hair and beautiful blue eyes. The thought of her pixie
like body got me through more than one lonely night. And here she was, practically begging me.

Erin was at the local campground with her family for a couple of days. We lived in the South so
when her extended family from Maine came down, they wanted the "Southern Experience". They had just enough tents that Erin was staying in one by herself. The first night she called me on the phone around
10PM.

"Hey cutie. You're not gonna let a little ol' girl like myself spend the night alone, now are ya?" She breathed. She was so seductive it was all I could do to even respond. "Sorry" I laughed "but you'll have to let the bugs keep you company tonight, if I leave now it'll wake everyone up". I lived with my mother and step-dad, along with a dog that made sure to let everyone know what everyone else was doing at all times. "But I have a surprise for you and you have to come and get it" she almost sounded sad. "There is nothing in this world that I would rather do than spend the night with you tonight. But I just can't do it. I'm sorry" I had to struggle to get that sentence out. No doubt she'd get me through this lonely night again. call you tomorrow" I could hear the frown in her voice. "Ok kid, I'll talk to you later" I managed. I attempted to sleep with the biggest boner on the face of the earth. Dammit Erin…just dammit.

I had just finished dinner with my family when I heard the special ring tone. Just the jingle of the preset Verizon tone got my entire body excited, it was Erin. "Heya" she said. She was always enthusiastic. "Hey kiddo. How was last night?" I asked. "Well…some spiders got the peep show of a life-time" she giggled. I immediately though about what I assumed her body would look like. Sprawled over a sleeping bad. Her tight pale body in contrast with the forest green of her tent. I had to sit down. "Are you coming tonight?" she asked. I couldn't make it tonight either, and I had no idea how to tell her with ruining my chances. "Sorry…I have stuff to do" I said flatly. I had to help my dad move his stuff out of the trailer. We put it off for months and tonight was going to be the night, and of course I would have to pick between family and the wet dream I've been having for a year now. Life just isn't fair. "You always have stuff to do!" she yelled into the phone. "Why can't you just have a night off?!" She was mad now. It was as if she legitimately didn't understand, which made it hurt so much worse. "I'm She hung up on me. Well there goes that I thought. At least I didn't have to argue with her for an hour like I usually did. I packed my stuff up and got ready to make the drive out to my dad's place.

I got to my father's trailer around 6PM, and he was outside on his homemade porch smoking his cigar. "Hey man, you ready to get to it?" I asked my dad. "You know what buddy? I think I'm just gonna hang out tonight. I'm tired" he chuckled. My heart nearly exploded. "You want to stay for a little while? I just made some chili" he said. I was already walking back to my car. "Not tonight pa!" I nearly shouted at him. "I've got stuff to do" I said through my grin. I got in my car and started out into the night.

I pulled onto the dirt road of the campground. I found an empty campsite to park in and I fumbled around my console for the phone. All I had on was a t-shirt and my athletic shorts, and it was freezing. I pressed the sequence of numbers that was Erin's phone with numb fingers. It rang and it rang. It almost went to voice mail when I heard the click of her picking up. "What do you want?" she asked. Her tempers were more cute than they were anything else. "What campsite number you at? It's freezing out here!" I said with excitement. "Camp 5!" she squealed out. So I hung up and made my way there.

I saw her before I got to the campsite. I could barely see her in the pitch black, but I could make out her form from the light of near by campfires. She waved and yelled "Heya!" before she started running towards me. I ran to her as well, mainly to warm up. I was so cold it hurt to walk at this point. When she reached me she nearly jumped into my arms. She was small compared to my frame. I clamped my arms around her and she yelled. I let go and she jumped back. "Wow! You're freezing!" she gasped. She grabbed my arms and started rubbing them to generate heat. "Let's go do something about that!" she said through a wry smile. I go meet your parents at least?" all asleep. We'll just go back to my tent" she said. I couldn't argue with that!

We walked a little bit further, my hand in her's as we struggled to walk the dirt path in the dark. We marched up a small dirt hill where her tent stood. It was farther away from everyone else than I imagined. When she bent down to unzip the door flap I got a full view of her butt through her too tight sweat pants. She turned her head back to look at me and she giggled. "Enjoying the view?" she asked. I just nodded and she giggled again. She crawled into the darkness and turned on the hanging flash light lamp in her tent. She sat down on her pink sleeping bag and motioned for me to come in with one finger. I no longer felt the cold.

I crawled into her tent while she was pulling me in by my shoulders. She pushed me down on the bag and crawled on top of me. up yet?" she smiled. I was more than warm. I felt on fire. It was all I could do not to tremble underneath her body. "Not nearly as warm as we can make it" I said, and smiled even more. I wrapped my hands around her small body and she put her hands on my chest. As she worked her way up to my mouth with hers she stroked my groin with her leg, further developing my growing part underneath her impossibly soft skin. Her wet lips touched mine and the whole world went red. My life consisted of her lips and then her tongue, all my other senses failed me. Slowly grinding her leg against my groin, she let out a small gasp in between our kissing. Her sweet breathe filling my nose. We kissed for what seemed like an eternity until I lost control of my primal instincts.

I switched positions with her so I was on top. She raised an eyebrow and lifted her hands skyward. It was sexy how we could talk without talking. I grabbed the bottom of her shirt and raised it over her head. She was flat chested, but it worked for her pixie shape. Her perky nipples rock hard from the foreplay and the cold. I kissed her on the lips, then her neck, until I worked my way to her chest and finally her nipples. She rocked and quaked as I played with them. Only lightly licking them so to leave her wanting more. I could feel her heart pounding in her chest and I suckled the nipple nearest to her heart. Suddenly she stopped me.

She grabbed my head and pushed it away. The suddenness left a surprised look on my face. She noticed and giggled. "You're turn" and she pushed backwards until I was on my knees. She untied my athletic shorts and pulled them down slowly. My penis bounced out with force and she giggled again. She grabbed it tightly with her cold hands and I had to lean back and hold myself up with my hands. So tightly she worked her hand. Up and down, up and down, like she was going to pull the cum straight out of me. Faster and faster she tugged me, almost bringing me to an explosive orgasm when dropped my cock out of her hands and pulled me in for a kiss. "Let's have some fun" she suggested.

I sat up and pulled the little panties from her hips. They were practically soaked and the scent that came from them was intoxicating. Her tiny pussy in full view, there was no stopping me from entering her. I pulled her legs over my shoulders and she scooted her butt close to my dick. I put it on top of her pussy lips and slid it on top of them for a while. She moaned and I lowered my head to enter her. I pushed slowly.

I took so much concentration not to just plunge deep in her, but I wanted to tease her. Inch by inch I pushed. Occasionally stopping to pull back out and start over again. She kept giving me this mad face that made me want to keep doing it. After pulling out three times, I gave her what she wanted. I pushed my cock as far between her legs as I could and she nearly yelled. I pumped my penis roughly into her. She grabbed my butt begging for me to go faster. I plunged into her over and over again. Her cute legs dangling limply over my shoulders, her head rolled back on her camping pillow. I pulled out and rolled her over.

She stuck her butt in the air and put her head face down on her sleeping bag, drenched in sweat. I pushed my slick cock into her vagina and began pumping. I grabbed her butt with one hand and worked my finger down to her butt. I only slightly touched it and I felt her jerk forward. She swatted my hand away and gave me the cutest glare I have ever seen. "Sorry" I smiled and she settled back down. I pushed back into her, letting her warmth envelop my dick. I was on the brink of spilling, but we didn't have a condom so I pulled out. I rubbed her pussy with my fingers and she moaned while she tugged on my penis. Gasping she tugged harder and harder until she felt me get ridged. She held her hand out and I dumped all the cum I had saved for a week into her palm. She swirled my head in her palm as my orgasm subsided and giggled as she showed me how much I shot. I collapsed and she got out of the tent to wash her hands off.

She returned soon and we both crawled into her sleeping bag naked. Our sweaty bodies sliding against each other while she crawled into my arms. "I'm glad you finally grew a pair tonight" she teased me. "Shut up" I laughed. We settled down to fall asleep to the sounds of nature in the South. I almost drifted away when I heard footsteps. "Erin! I can't sleep, I'm coming in" her little sister whispered outside the tent.