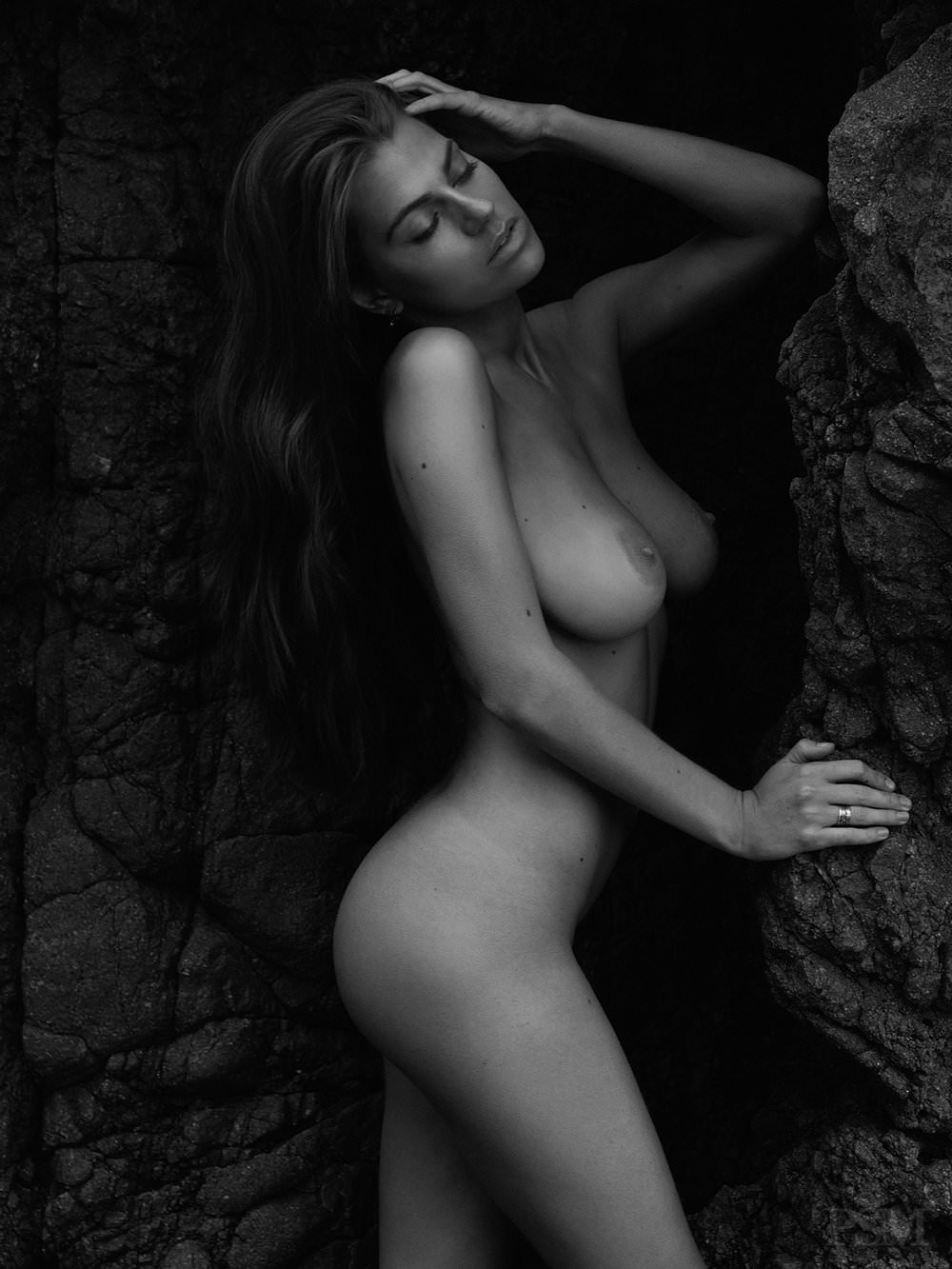 I met Derrick on the first day of school. I was the new kid at a small Christian school where the entire student body was in 3 rooms on the top floor of a small building across the street from the large church that it was affiliated with. I was seated next to him in the middle of the second to the last row and I was so nervous that I jumped a little when he spoke to me.

obviously the new guy,” he said with a warm smile, “the teacher asked me to kind of show you around so, unless you have other plans, you’ll be with me all day.”

I instantly liked him and knew that I would be fantasizing about him later that night. Derrick was my age and had tan skin. It wasn’t as brown as my Mexican tone but he had a deep tan that I found very attractive. He was shorter than me and had soft, feminine features and a bright smile. He was just a little pudgy and had an effeminate way of speaking that would have gotten him teased at a regular school. But these kids all grew up together so no one really thought of him as anything other than just Derrick. They knew him to well to realize how pretty he was.

After a couple of months Derrick and I had become best friends and I grew more and more attracted to him. I would catch him looking at me in my underwear when we changed for P.E. so I suspected he might be thinking the same things I was. And those things were extra taboo at a Christian school.

Finally, after 4 months of sitting next to each other in class, eating lunch together, singing in choir together and watching each other change in and out of our street clothes, he asked me to spend the night. At least three times a week I would fantasize about sharing a bed with him and the things we’d do. Finally, I felt like, my dreams were about to come true.

I was dropped off at Derrick’s house just before on Friday night. His ma served some God awful thing and then his father put on some ridiculously long movie. I didn’t care about any of it. All I wanted to do was get to bed and let the fun begin. I was pretty sure he wanted the same thing because he kept sneaking little touches all evening. He would walk by and just barely graze my arm or back or even my ass once. The contact was almost imperceptible but I had felt it.

Finally the movie ended and we went up to his room. On the way his mother called up to us; forget to say your prayers!” I prayed she didn’t come walking in to find her little boy with his cock in my mouth. We entered his room and he locked the door.

“What side of the bed do you want?” he asked and very quickly stripped down to his briefs. I picked a side and started undressing. He didn’t even bother to pretend he wasn’t looking as I stood in my underwear and folded my clothes on a chair.

“So… just so you know”, he said, “I tend to hog the bed so if you wake up and I’m all over you feel free to push me away,” and then he added, “if you want”. And with that he climbed into bed and threw the covers back for me to do the same.

Every time I’d “played around” with friends it had started with the sentence; Hey man, want a massage?” and this time would be no different. As soon as I asked he pushed the blankest to the bottom of the bed and flipped over on his stomach. I sat between his legs and began rubbing his claves. The small lamp on his desk was on so there was plenty of low light and his tanned body glowed in it. I was working my way up the back of his legs but I couldn’t take my eyes off of his round ass. His underwear was riding up just a bit so I could see about an inch of his butt cheeks.

My cock was already fully hard as I slowly moved my hands up the backs of his legs. As my hands got closer to his ass he let out a soft moan and just slightly flexed his butt cheeks. I took it as an invitation and slid my hands up to his ass and started rubbing. He lifted his butt up to my hands like a cat and moaned happily. His ass felt amazing in my hands and feeling him slightly flexing and releasing made be rub even harder. I moved my hands back down his legs and then up to his butt over and over always lingering longer on his perfect ass.

I was just about to pull his briefs down when he rolled over on his back. His legs were on either side of me and his tanned body glowed in the dim light. The bulge of his cock grew to the right and I couldn’t take my eyes off of it. My own cock was throbbing and I could feel a fair amount of pre-cum slightly soaking the tip. I rubbed his thighs and he moaned and breathed heavy as they moved up toward his underwear. I actually saw his cock pulse slightly.

“Do you want me to rub it?” I whispered.

That went on for about 5 minutes when he said “Your turn,” and we switched places.

He sat between my legs and looked down at my already hard cock and smiled. He placed he hands flat on either side of my boner and started rubbing up and down slowly moving closer to the middle. My dick was throbbing and wet and I couldn’t help but moan. He lightly ran his fingertips from the head of my cock all the way down to my balls. My head was spinning and I started to slide down my underwear.

“Let me,” he said and gently pulled them down my legs and over my feet and down to the floor. I was completely naked in front of him and his hands went directly back to my shaft and started stoking.

“Lay on your back again” I told him and we switched places again. His young body looked so smooth and inviting. I wanted to lie on top of him but there was something I needed to take care of first…

While his underwear was still on I pressed my face down on his bulge. Oh my god yessss he whispered as I slowly made tiny circles with my face up and down his cock. I kissed it, nuzzled it, licked it all through his briefs until I couldn’t wait any longer. He must have felt the same because as soon as I lifted my head up he reached down and stripped of his underwear and threw them on the floor.

I took his smooth cock in my hand brought my mouth to the base of his shaft. I slowly licked my way up as he moaned and writhed. I slid my tongue over the tip and the taste of his sweet pre-cum made my eyes roll back in my head. I took the head into my mouth and then started moving my head up and down only being able to get about half way down at first.

I was in heaven. After months of fantasizing I finally had Derrick’s cock in my mouth. Every video I watched just showed the person doing it bobbing their head up and down so that’s what I did.

I took it in as far as I could get it, which was getting down pretty far at this point, plus, remember, we hadn’t yet been through puberty so we weren’t too big. It still took some effort though but as I found a rhythm he started pushing it up to get even further in. I looked up at him and found he was watching me. I guess I wasn’t expecting that but I found it very erotic. With one hand I rubbed his tummy and chest and with the other I started tickling his balls. For one second I thought about sliding my tongue down to his ass but his cock felt so good in my mouth that I didn’t want to stop sucking on it. Baby steps I thought and just decided to focus on what I was doing and the way it tasted. I can’t believe Derrick’s cock is in my mouth I thought, trying to truly experience the moment.

He started breathing faster and I could tell he was trying not to moan too loud. I kept the pace steady still trying to go as far down on him as possible. I tickled his balls, his taint and even down to were I could feel his legs meet his ass as I kept taking his cock into my mouth.

After a few minutes we were laying naked, next to each other as he got his breathing under control. He placed his hand on my hip and said, “Just give me a minute… we’re not done.”

Five minutes later he rolled over on his stomach and told me to lie on top of him. He told me to slide my cock in between his butt cheeks and start grinding.

go in,” he emphasized, “Just basically rub it up and down. You, know like when you hump a pillow?” I knew exactly what he meant and I was happy to oblige. I climbed on him and slipped my still hard cock in between his ass cheeks and, since it was covered in pre-cum, it glided nicely up and down. Derrick’s ass was so smooth and taught and it felt AMAZING. He started thrusting his bottom up as I pumped my cock against it. I was pretty sure I could actually feel his asshole on my shaft as I glided over it. And then he flexed. His cheeks tightened, almost swallowing up my cock and I stopped pumping and just grinded down hard. I pressed my mouth against his ear and whispered; “Oh god Derrick, your bottom feels so good around my I started pumping again as he flexed and relaxed, flexed and relaxed… I couldn’t imagine anything feeling better that this.

Eventually we got up, cleaned ourselves up and put our underwear back on. We slid under the covers and, without saying another word, fell asleep. I only woke up once during the night to find his hand down my briefs, stroking my cock. Here we go again…