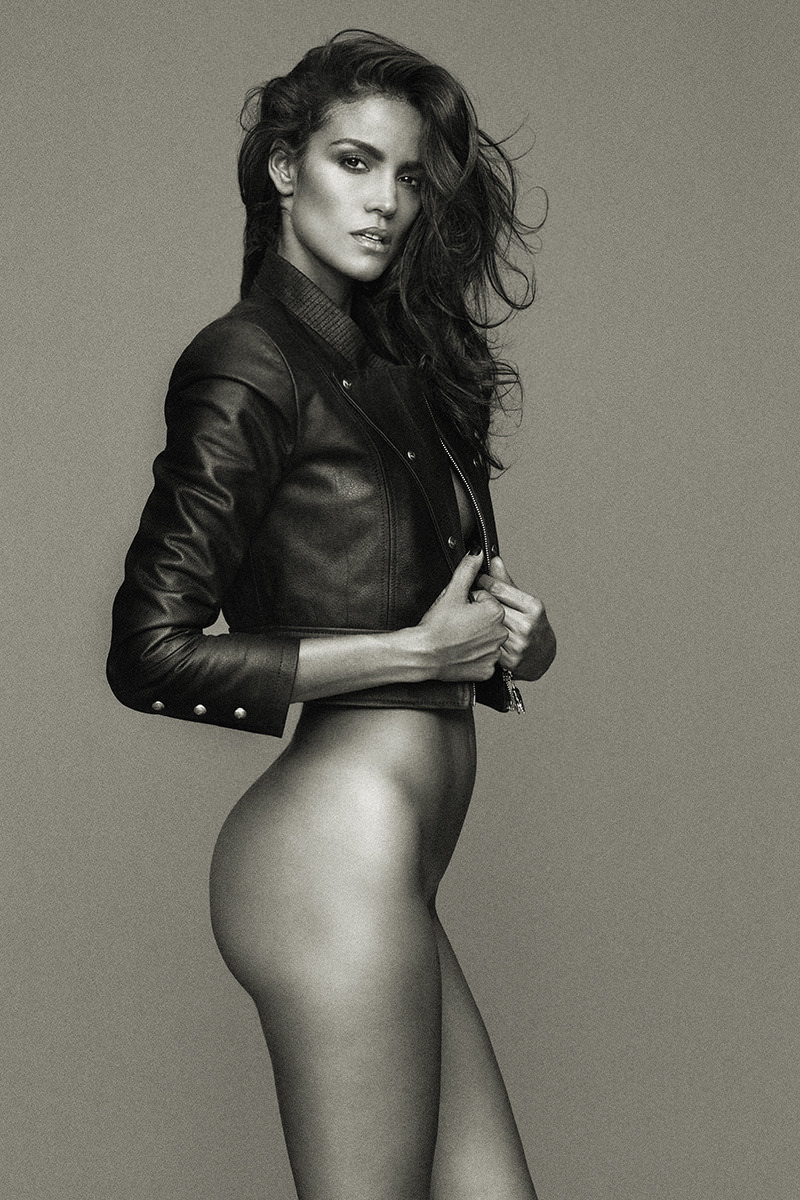 This is my first story i would like some constructive feedback but try not to be to harsh thank you. 🙂

He always had sick depraved sexual thoughts. He always wanted to dominate some high class stuck up bitch and treat her like the whore she

was. It all started with his boss.She was very beautiful. She was tall about 5'7 and had the perfect body. She was about 140lbs and had milky

white skin.Her hair was a beautiful shade of red hair and blue eyes,it was the perfect combination,but she always thought she was better than

him just because she was rich. He wanted to teach her a lesson. He hated the fact she always made it seem like he wasnt good enough.He

wasnt bad looking. He was 6' tall, and has a very sexy body. His hair was a dark brown and his eyes were a very stunning shade of green. Most

girls found him attractive. He had a girl for everyday of the week. Yet for some reason he wanted her.

The day started as usual he comes into work gets coffee for his stuck up boss and she yells thats its too cold or too hot. To her he could never

do anything right. She always yells at him if he is even 5 seconds late, or if he uses the bathroom. He hated her so much. It was like she lived to

make his life hell. He wanted more than anything to walk into her office lock the door pull his 8" cock out and make this slut suck it. He

wanted to ram his dick so hard down her throat that she gagged and begged him to stop. He wanted her to get on her knees and beg him to

leave her alone. Thats when the idea struck him. He was gonna make this little whore his slave. Since he was her assistant he knew all of her

meeting during and after work. He also knew where she lived. He was going to make her pay . He started by getting his basement in order

making sure it became sound proof and started to add little bits here and there. He added a doctor like table so he could strap her down. He

nipple clamps, clothes pins, and an assortment of whips and paddles. He also put in a spanking bench. He was gonna make this bitch scream

It took a few weeks to get his basement in order. After that he started to plan out how he was going to do this without the cops getting

involved. Then he remember at the end of the month she had a vacation coming she was going to be gone for a few weeks this was perfect. He

was going to make his move the night before her trip. It was only a few weeks but to him it was more like months. He was so turned on

thinking about what he wanted to do to her. He masterbated more thinking about it in that short few weeks then he did in his whole life.

When the day finially came to take her her made sure everything was ready. He put the ankle and wrist restraints in a bag along with the clips

for them. He also grabbed the ball gag and all the cleaning supplies he could need. He was waiting in the parking lot of her building for her.

When she got out of her car he grabbed her, threw her in the van and restrained her, he drugged her and put the ball gag in her mouth just in

case. She was wearing a skirt and he could see her pussy lips through them and god he wanted to take her right there, but now wasnt the time

he would have all the time her wanted with her later. He locked up her car and made it look like she just left with a friend then he took her to

her dungeon.He lived in the country in the middle of no where so he didnt worry about anyone coming across this little party. He carried her

in the house and down the stairs. Since she was asleep he just straped her to the table. He kept the ball gag in becuase when he came down to

see her he didnt want to hear her screaming or begging yet, that was for later.

He watched her sleep for while. While she slept he made sure to cut her clothes off to where she was completely naked. He wanted to have his

way with her right there. The thought of fucking this little bitch until he came all over her was making him so hard. He started feeling on her

breasts,they were a very nice size c. Her nipples were the perfect size not to small but not giant either. After feeling on them for a few mins her

moved his was down. He moved his hands down her stomach then her pubic line. God she was shaven,he loved it she was so soft. He

unbuckled the strap holding her legs down and then spred her legs. She had such a beautiful pussy. It was perfect in fact. He decided he was

going see what she tasted like. He shoved two fingers in her pussy.It felt so amazing to him. Her pussy was so warm and tight to him. He

brought his fingers to his nose, she even smelt amazing. He shoved his fingers back in her pussy and started to move them around. She was

getting so wet by now and when he decided his fingers were wet enough he started to suck on his fingers. She had the sweetest taste he ever

tasted. He was so distracted by her pussy he didnt notice her sturring.

He noticed she was awake when her leg moved. He got up and strapped her legs back down. By this point she was thrashing around and

trying to scream. The sight was so sexy. He was in control. He walked right over to her face and back handed her as hard as he could. It felt

great to smack this stupid slut. She stopped moving and started crying. "If you dont sop crying now you will get another one but harder do

you understand me!" He wanted to show he was the boss now. She stopped crying and stared at me. "You treated me like i was dirt. You yelled

at me. You humiliated me. Well princess its my turn now." He said to her as we walked over to his table of toys. He grabbed the riding crop.

"You are now MY slave. You will do as I say or you will be punished. You will Always address me as master, and you will only speak when given

permission from me. You are now my property i will do whatever i want to you and you will allow it. If i want to fuck you slut i will, if i want

you to massage me you will do it. If i want a group of guys to fuck you like the little whore you are then you will take it. IS THIS

She shook her head yes. She looked scared but he wanted her to be terrified. He brought the riding crop down on her thighs

with a hard WHACK!. She screamed out even with the ball gag in her mouth it was still loud. The soud of her screaming was driving him over

the edge he was loving it. He was around her draging the riding crop over every inch of her body. Everytime he would lift it slighty she would

flinch. Then when she finially stopped flinching he brought it down again this time on her beautiful breasts. He did this a few more time until

she had criss cross marks all over her body. She was crying hysterically by this point. He was so turned on by her crying it showed her weak

side. She would submit to him one way or another."If you calm down and stop crying i might take your ball gag out. Would you like that?" She

shook her head yes. "Now if I do will you promise not to scream or yell? If you do the pain you have felt will be nothing to what i will give you.

Do you understand me?" She shook her head more aggeressivly now. He knew she would listen but he wanted her to know her place. He

reached over and took the gag out. "Feels better doesnt it"? He said while moving her hair out of her face so he could see all over her. She

looked at him with tear filled are you doing this to me"? WHACK! The riding crop came down on her thighs."I didnt give you

permission to speak slut. You will only speak when i tell you that you can speak. You WILL learn your place. Is that UNDERSTOOD"? She

looked up at him He lifted the riding crop as a way to scare her. "YES WHAT". "Yes, master" She said in a panic. "Very good slut"

He said approvingly. "Now we need to clean you up. I am going to unstrap you. Were in the middle of the woods so if you try and escape its

miles until you get to another town also my guard dog will not let you escape. So if you so much as try and fight me or try and run you will

regret it." He unstrapped her when he finially got her to her feet she elbowed him in the head and tried to run. He grabbed her by her hair and

threw her on the floor. "YOU STUPID LITTLE SLUT!What were you thinking? Its okay you will regret doing that you stupid little bitch."He

grabbed her by the hair and dragged her to the spanking bench. He locked her to it so she couldnt get out. She was in the perfect position for

him she was bent over so he could take her from behind also her head was on a bar so her mouth was easy to get to. She was cussing at this

point. " Your a sick bastard. Let me go now and i wont tell anyone. Just leave me alone" He Slapped her again harder this time. "I told you to

be good. You WILL be broken one way or another. I was hoping you would be easy but instead you wanna make this fun for me." He laughed a

little to him self. He didnt want her to submit yet. He wanted her to fight. He wanted to punish this little bitch as much as he could. He

Walked over to his table. There were plenty of things he wanted to use on her. He grabed the O ring ball gag this time he was going to use this

bitchs every hole. He sticks it in her mouth not only could she not she not talk anymore but he could shove his dick in this little sluts mouth

anytime he wanted. He walked around her looking at every inch of her body. He tried to think of a punishment that would hurt her and

humiliate her at the same time. The he thought of something. His bladder was full and he did need to relieve himself. Why not on this slut. he

walked over to her face and started to piss all over her. In her hair, her mouth, her face. He even got some on her back." Well SLUT you will sit

like this all night night. Did you like the way my piss tastes bitch. Well good night" He walked to the door and looked back at her she was

crying and was all wet. He wanted to fuck her more than anything right there but she needed to learn. He shut the lights off and went upstairs

masterbated and went to bed.