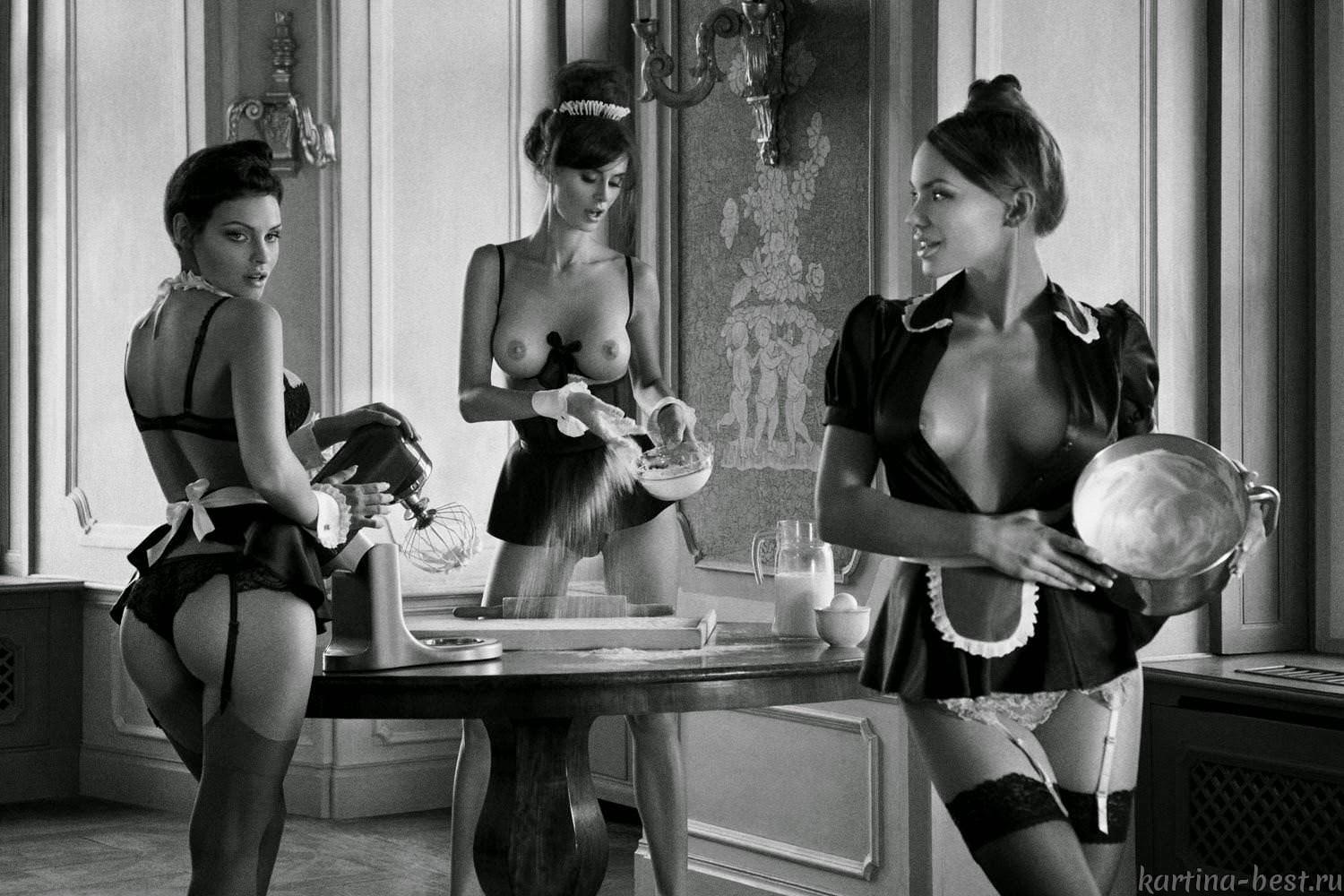 Bruce was a guy that loved his football. He was a fanatic! He’d watch the college games all day on Saturday and the pro games all day on Sunday and of course couldn’t miss the Monday Night Football! His wife, Sasha went crazy whenever a game was on. That meant she was a widow for the entire time Bruce’s ass was on the couch. Sasha would beg him to mow the lawn, walk the dog, take out the garbage and Bruce wouldn’t budge. He was addicted to his football! Finally Sasha decided to take matters into her own hands. While Bruce watched his Sunday games, Sasha went to the mall and picked up a little leather number and bondage accessories from the adult costume store. She came home and Bruce was still planted on the couch. So she went into the bedroom and put on the leather outfit that she had just purchased, went into the living room, grabbed the remote and turned off the TV.

“Honey, what are you doing??” Bruce whined.

“I’m taking matters into my own hands. Now get outside and mow the lawn.” Sasha commanded.

Bruce laughed, “Yeah right. Now step aside and gimme my remote. And take that silly outfit off!”

Sasha wasn’t joking though. She snapped her whip she into the air.

Bruce replied jokingly, “Okay Honey, I’ll play along. My team was losing anyway. Whip me, beat me!” Bruce was being sarcastic.

Sasha commanded, “Get up off that couch and get your ass into the />
Bruce complied and headed for the bedroom, Sasha followed him with her whip cracking in the air.

“Careful with that thing, Honey. Someone could get hurt!” Bruce said.

“Yes, you are about to,” Sasha informed. “Now lay down on the bed on your />
Bruce laughed at his wife’s silly new role playing but at the same time he was a bit excited. They hadn’t had much sex lately and they’re marriage was getting a bit dull. In hopes that he’d get a little action, he laid down spread eagle on his stomach.

Sasha handcuffed Bruce’s hands to the headboard and tied his legs to the bedposts. Bruce felt helpless, he couldn’t move and he was in a very vulnerable position. Sasha warned him one more time:

“If you don’t do the chores I want you to do, you’re going to get a little she said. “Now are you going to comply and mow the lawn today?”
“Honey, you know my big game is on this afternoon. Maybe I can do it Bruce started.

“OWW! What did ya do that for?” Bruce hollered.

“Now I told you. You have to comply or suffer your Sasha explained.

“But that hurt!” Bruce whined.

plenty more where that came from. Now are you going to mow the lawn if I untie you?” Sasha queried.

“No! Not if you’re gonna be a bitch about it!” Bruce was starting to get mad.

WHAP! Another crack on his ass.

“Now I see this is going nowhere. I’m gonna have to just give you the punishment you deserve,” Sasha said.

“You just wait until you untie me! You’re in for it!” Bruce yelled.

“Yeah what will happen?” Sasha prodded.

“Be brave and untie me and find out.” Bruce replied.

Sasha knew her husband was incapable of violence. They loved each other and she had no reason to be frightened of him, so she untied him and let him get up. Then all of a sudden Bruce grabbed onto Sasha and bent her over his knee and gave her ten slaps on the ass.

Bruce spanked Sasha a few more times for good measure and then let her get up. They both realized that they were both very turned on by the events that just happened. They started kissing madly and both took turns spanking each other while they embraced in a kiss. The longer they kissed, the harder the spankings got and they both loved it! They had finally found something they both liked to spice up their marriage. After a few minutes had passed, Sasha told Bruce to lay down on the bed again but this time on his back. She once again handcuffed his hands and tied his feet. Then she unbuttoned his jeans and slid them down. His cock was rock hard inside of his briefs. She rubbed it with her hand and she felt it harden even more. Bruce was becoming very excited at the thought of being so vulnerable. Sasha slid Bruce’s underwear down and then grabbed his cock. She started stroking it with her hand and Bruce moaned in ecstasy. After a minute she stopped and went back to her bag of sex toys. She pulled out a riding crop and proceeded to use it to whip Bruce on the legs. It was an exciting sensation to him, for her to be so close to his dick and the pleasure of the sting of the crop. His skin got goose bumps just feeling the tingling. Then as she whipped him with one hand, she grabbed his cock with the other and resumed stroking. Bruce felt both pleasure and pain as she stroked his dick and whipped him with the riding crop. It was such an intense feeling and it only added to his pleasure.

After several minutes, Bruce felt himself getting ready to orgasm:

Sasha stopped stroking and put her mouth on his cock. She bobbed her head fast up and down on his dick until he erupted inside of her mouth. Bruce moaned in orgasmic glee and the found himself in love with his wife all over again. Bruce and Sasha both realized that in order to get pleasure, you must first take a little pain. Bruce agreed to mow the lawn that afternoon as long as Sasha would give him another spanking later in the evening.