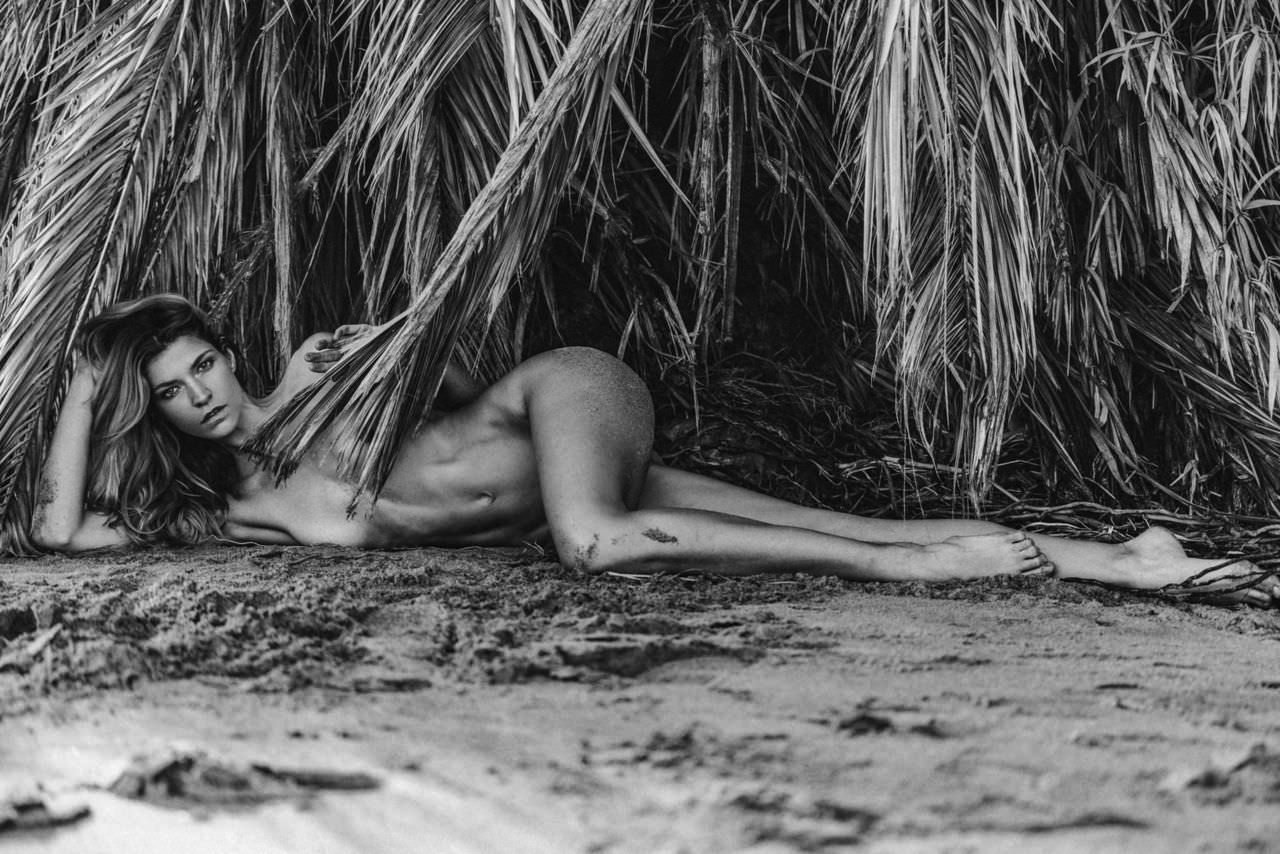 Paul came out of his office and told Dena it was time to go. It was time for He hailed a taxi and took her to an upscale part of town. When the taxi let them out, she found herself outside a very luxurious apartment building. Guiding her inside, Paul remained silent. They took the elevator to the 15th floor. Getting off, Dena noticed they didn’t walk into a hallway, as she anticipated. Instead, they walked into a huge room surrounded by floor to ceiling windows.

“The entire floor is mine. It’s the only thing I own outright. Long story, but trust me, neither Beth nor Daddy will ever find out about it. This is where you will stay now. You will, of course, keep your current place for appearances only.”

Dena looked around the place. Any one of the furnishings cost more than she made she always had a good salary.

Paul led her to the bedroom. There was a king size, canopy bed already turned down. It had satin sheets and at least 8 huge pillows. Dena began to undress.

“Hmmm, slow down a bit.” Paul told her. “I’ve got another room to show you first.”
Opening French doors in the bedroom, Paul took her into a room with a sunken tub. Nothing but the tub was in this room. There were oils and candles already out.
Paul turned on the water, poured the oil and began to light the candles.

Dena’s body looked even hotter wet and oiled up. Paul brought “female escorts” up here frequently and loved to oil them up. None of them looked at good as Dena did. Her body glistened and begged more than ever to be touched, licked, and fucked. Her head was lying on the side of the tub, arms stretched out. Dena had never felt more relaxed. Her tits rose above the water, moving slightly with her breathing. Paul sat next to her and ran his palms over her nipples. Dena didn’t move. He massaged them, squeezing them together tightly and slowly releasing them. He felt her breathing increase. Paul’s tongue teased her nipples as he watched them grow erect. Dena was now stroking his cock. The oil and water made her hand slide up the shaft smoothly. No friction at all right now. Paul pulled her upright, facing him and put a tit in his mouth. He sucked gently at first, getting more aggressive as her body responded. Dena’s hips were moving toward his cock, her legs wide open. Paul placed her on his lap and slid his cock deep inside. move” he said. “Just sit.” He pulled her close and ran his hands all over her back. Her tits pressed against his chest and pussy hugging his cock made it hard for him to not start fucking her. He carefully lifted her to the side of the tub and spread her legs. Taking the hand held shower, her sprayed her pussy, watching her wiggle in pleasure. To add to it, he inserted three fingers inside her and slowly fucked her. Dena arched her back and raised her hips toward the pleasure. Kneeling in the water, Paul put his face on her pussy and licked. He was still holding the shower head and still fucking her. The combination make her writhe with pleasure! Putting the water down, he started to munch on her clit; pulling on it and playfully biting it. Dena’s body shook hard and he tasted her cum on his face.

Slowly drying her off, Paul took her to the bed. Resting her on the pillows, he spread her legs again and slid his cock in. His hips moved slowly at first. Slowly fucking her, massaging her tits and keeping his eyes wide open on her, Paul knew he had a gem underneath him. Dena put her hands on his ass and pulled him harder into her. “Harder, Baby, please harder” she moaned. Paul picked up his rhythm and fucked her harder. Her tits were dancing now and the sight made him fuck harder. me!” Paul moaned as he came…..and came….and came. He hadn’t blown a wad like that since college.

Lying back on the pillows, Dena asked Paul, “So, this is mine. I mean mine to use while I work for you?”

“Yeah, Baby, it’s all yours. Well, it’s ours. I’m working some deals right now that are going to come to a head in Hong Kong. I’m expecting this in about 6 months. I’d rather stroke your body than bore you with business details, but believe me, I’ll be wealthy without Daddy Money Bags when I’m finished. By the time the Hong Kong deal goes down, I’ll have been married to Rich Bitch long enough I can get half of her estate. Then, the world is mine. You play your cards right, remember your position with me and you can share this with me.”

my />
“There is one small detail I didn’t tell you yesterday. Guess I got sidetracked in all of the, ummm, filing, we were doing. I need a place to hide money transactions from the bitch and company. I looked into your past before bringing you in yesterday. I know you can help me out with that.”

“OK, that’s not a problem. Is there anything I need to do.”

Rubbing her tits again, Paul sighed, “Keep these babies in prime condition for His face was buried between them again.

Dena leaned into the pillows and enjoyed the sensation again of his sucking and licking. She teased his cock with her long nails as they ran up the shaft. The money, the apartment, the traveling and her sex hungry knew she had the perfect job. She rolled on top of him, sticking her ass in his face and began sucking his cock.

Licking her pussy, Paul knew he had found his partner. This slut had morals as low as his. Money meant as much to her as it did him and she didn’t give a fuck how she got it. She loved to fuck and didn’t seem to have any intentions of turning him down soon. He moaned as she moved to his balls and sucked them.

They arrived back at the office as everyone was leaving for the day. No one dared question Paul Reitz on his whereabouts. They knew he was married to the boss’ daughter. Dena’s attire that day had actually fooled everyone. There was some water cooler talk about the new assistant and consensus was Paul wouldn’t touch something that plain.

In Paul’s office, he pulled Dena close to him. “I want to touch and taste you again before I go home. I don’t want to go home. You are insatiable! Problem is, I was late last night and Rich Bitch will question me if I stay late again />
Dena kissed him. “We have an arrangement. I understand it. Hong Kong isn’t that many months away. Don’t you have some business in Rio in a couple of weeks?” She was cupping his balls as she asked.

Paul pulled her jacket off and began unbuttoning the blouse. “Fuck the bitch. I love the way you think! I said I wanted to touch and taste you, well, fuck it!” Dena felt the now very memorable sensation of Paul’s hands and mouth on her tits again. She removed his pants, reaching for the massive cock she had begun to crave.

Exhausted, Paul and Dena lay on the sofa not saying a word, but understanding everything going on. Paul had called home and feigned late night work. It was going on midnight and they had fucked 3 times since returning at 5:00. Paul caressed her tits, knowing he had to go home.

“Did you say business in Rio earlier” he asked as he finished dressing.

“Or Crete. Either one should have wonderful opportunities for our merger.” Dena wanted him as far away from his wife as she could get him.

“Just remember, the bitch likes to pop in for surprise visits.”

Dena gave Paul a long, sensual kiss and said, work around her. Go home and do what you have to do. I’ll be in at 5:30 in case you have work for me to catch up on.”

Paul watched her walk out the door and fell back on the sofa. He was too tired to drive the 90 minutes home, so he called Beth. “Honey Dew, I’m just now finishing up the reports I told you about. I’m too tired to drive home, though. I’m gonna crash here in the office. I have all I need here to get me through the work day. Yes, I ate today. You always tell me to eat many small meals and that’s what I’ve done. No, don’t worry about bringing me anything in the morning. No, don’t break your lunch plans with Bev. I’m really going to be busy. Honestly, this week is going to be very hectic. Let’s make a date to go boating Saturday. You bring the oil and your gorgeous body. I’ll take care of the rest. No, I won’t be staying here all week You can kidnap me if I stay more than two more nights!” Beth bought everything he said, so he left her with an “I love you”.

Removing his pants and shirt, Paul fell onto the sofa in a deep sleep. He woke up to his cock being sucked. Looking up, he smiled at Dena and then let her do her work.