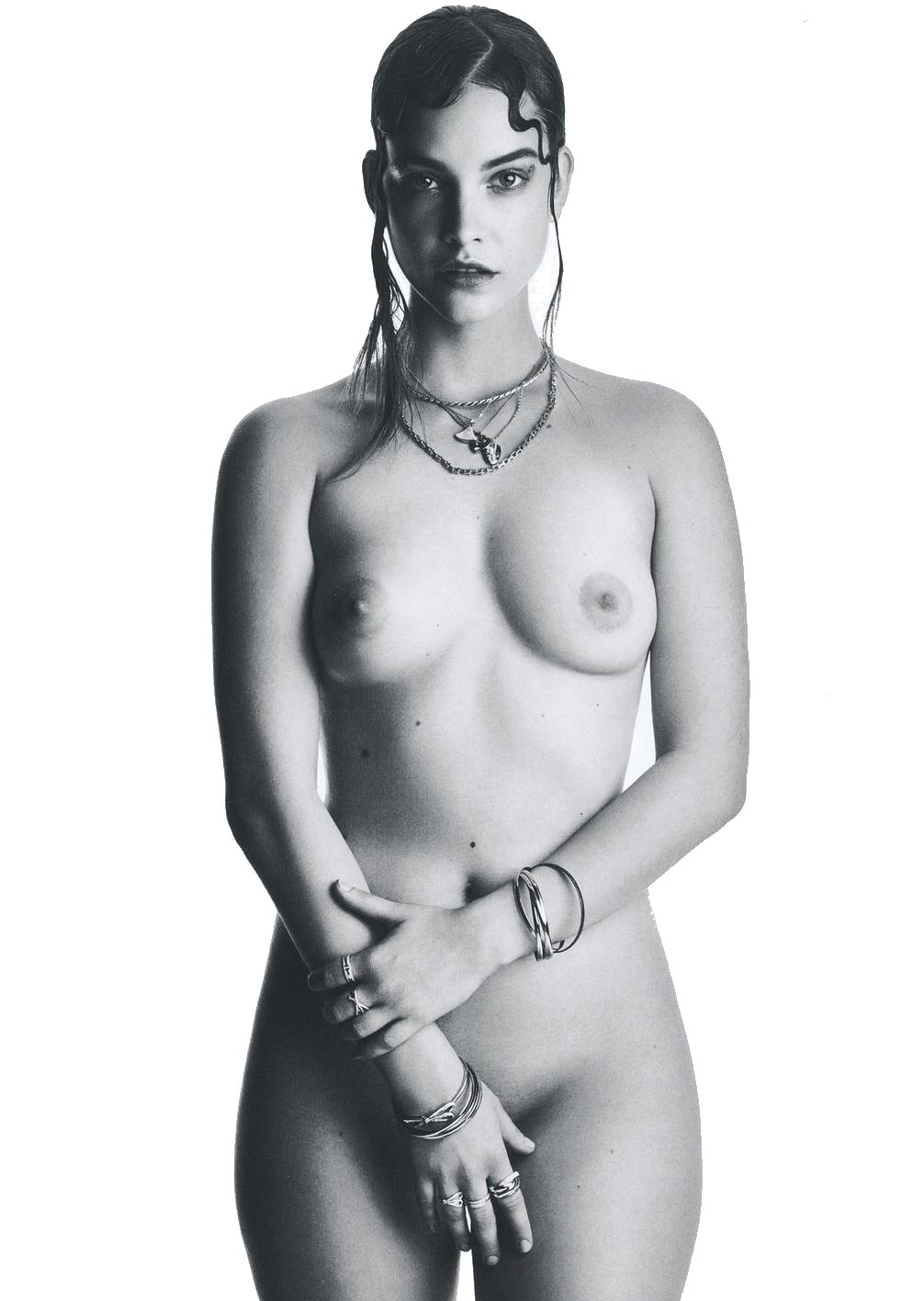 Kevin sat at his desk in his classroom idly toying with the computer mouse and surfing e-bay for crap he didn’t need. It had been a long day and in another 30 minutes he could go home. It was a Friday and High School would start for the year 8 am next Monday morning. Kevin had spent the day getting his senior civics classroom ready. Movement made Kevin turn and look up. Two girls, last years graduates waltzed in calling “hi Mr. N” in an off key chorus. Laura and Amy had always been alert to the effect their bodies had on males and used it well. Of the two Amy was more purely sexual. She was 18 but could pass for 14, well a slutty 14. Dressed in Daisy Dukes that showed her thong and a pink halter top that accentuated her narrow waistline and taunt breasts, Amy sat backwards on a school desk, her movements sensual and fluid. Laura while also a charged sexual being lacked some of the carnal essence of Amy but was still highly attractive. She was dressed in a floral print sundress that was formfitting. Kevin couldn’t decide if it was the magic of youth or elastic that kept her breasts high and firm, straining the material of the dress. Realizing that he was apprising the girls as if he were going to fuck them, Kevin quickly transitioned into teacher mode, the mind fighting off the pecker’s thoughts. Laura sat on the heater at the back of the class, near his desk and leaned against the windows. The next few minutes passed as such meetings often do, idle chatter about summer adventures, where the girls were going to go to school in the fall, reminiscence about people and events from their senior year. Laura did most of the talking, a fast nervous chatter, somewhat unlike her. Eventually she got around to the purpose of the visit, she was applying for a nanny job in Colorado and needed a reference, as Kevin was working late, he drew the short straw.
“Um, when do you need this by?” Kevin asked
“Well I leave tomorrow, I am really sorry, I sort of forgot…” said Laura. She continued in an apologetic vein for some time. Kevin wasn’t listening; the afternoon sun was right behind her, the golden light making the highlights of her blond hair shimmer. Kevin noticed the sundress was somewhat translucent, the mind filling in details of her stunning body, tricked by light and shadow.
“Alright, stop by the house tonight and you can pick it up”
With a sigh of relief she jumped up and hugged Kevin, with out thinking he hugged her back. He hard body was hot in his arms. She smelled of soap and strawberries. He released her quickly, but she lingered. When she finally broke the hug her hand draped across he chest in a gesture that was almost a caress. Horny as shit but highly cautious Kevin made all of the quick small talk noses necessary to get the girls the hell out of his room before anyone was to pass by. As they left his eyes slid down the girl’s backs to settle on their asses. Oh god they were so fucking hot he thought. At the door Laura looked back, catching him watching. Their eyes met and she gave him an embarrassed smile before continuing out.

But sex was not forth coming. Keith’s wife was waiting for him in the driveway when he arrived. Her mother had been in an accident and broken her. Diana was going there for a few days to help out. “Call me if you need anything, cookies are on the table, I love you”, a kiss on the cheek and she was gone. Keith sat at the table eating a cookie letter in hand. He had expected his wife to be here, a protection against impropriety but that was gone. Visions of sweaty moaning bodies danced in Keith’s head, fantasies that are normally held in check by the realities of the teaching world swirled freely in his brain. Desire to keep his job in this small town won out. She can’t come into the house he thought to himself, I will have to be working outside, hand it over and she is on her way.

Keith spent the next few hours doing yard work, looking up expectantly at every car, an undeniable excitement in the air, unbidden but unrelenting. She did not come. Dusk found Keith in the little workshop above his garage putting the final touches on a garden swing he was assembling.

“That looks nice, did you build it,” said a soft voice from behind him.
Startled Kevin turned around; Laura was standing at the top of the stairs, alone. She looked both fragile and sensual in the growing twilight.

“You made it; fantastic, I have your letter right here” as Kevin turned to grab the letter, she crossed to the swing and sat down, Kevin took a seat next to her and handed the letter over. While she read it he studied her, watched her breasts move as she breathed. Again she caught him, this time her gaze did not leave his face. Keith looked into her fluid green eyes for a moment and leaned in to kiss her deeply. Her firm moist lips were still for a moment before they parted. Laura’s tongue darted in as she kissed back leaning hard into Keith. Keith ran a muscular hand down her back to Laura’s taunt ass and pulled her up onto his lap, kissing her neck and shoulders. Laura gasped and whimpered softly in his ear. Unable to stop now even if he wanted too Keith ran his hands over her young breasts, feeling the hard nipples and her pounding heart. Quietly he stood her up and slowly lifted the dress off, first one shoulder then the other, sliding it over her head. She stood gasping, a dark stain on the navy material of her silky thong. Pulling his shirt off Keith tossed it aside and crushed Laura against him, exploring her mouth as their lips met. His hands fumbled with the small clasp of her bra before he gave up tore the hooks loose, letting the lacy garment fall to the floor. Keith ran his eyes slowly over the breasts he had so often dreamed of while she was in class. Gently he ran his mouth down her neck and onto her breasts. Laura’s small tits were heaving in excitement, her breath in sort gasps as Keith sucked and nibbled on the hard pink buds. He pushed her down on the swing, his hands caressing her chest as he chased beads of sweat down her flat stomach. Hooking fingers into the waistline of her panties he gently slid them off her hips. Laura arched her back to ease removal of the soaked and stick undies. As the material slid away Keith glimpsed her neatly trimmed vigina. Sliding the panties down her legs he paused, it was the most awesome pussy he had ever seen. Her lips were flushed with excitement, the pea sized clitoris hard and erect in the velvety folds. Gently Keith caressed the hot skin, Laura gasped. Moisture dripped from the pussy, running down her muscular legs and pooling in the crack of her ass. Kneeling Keith watched her eyes as he ran his tongue up her slit tasting her salty nectar and inhaling her musky scent. Moving her legs up on his shoulders Keith gently spread the folds of her pussy. He took several long minuets to explore every inch of womanhood. His tongue darting inside her, he spread her ass cheeks and gently worked a wet finger inside her asshole. She gasped at the intrusion, squirming from shock, surprise, pain or pleasure he did not know. With his free hand he held her down firmly as he began to caress the inside of her rectum while teasing her clit with his tongue. A cry escaped her lips and she stopped struggling and ground her crotch into his face. Bucking wildly she tossed her head and clawed his back as several gushing squirts of moisture ran down his chin, dripping on the floor. Laura grabbed Keith by the hair and pulled his lips to hers. She sucked greedily at his lips, licking her pussy juice from off his face. Moving her mouth to his ear she sucked on an earlobe before murmuring “it’s ok I’m on the pill” into Keith’s ear. No words could have been more exciting. Kicking off he shoes Keith unzipped and lowered his pants. Smiling she reached out to remove his boxers. Kneeling before him she gently took his hard cock into her soft mouth. She had just started to run the tip of her tongue down along side his shaft when the veil of wanton desire and lust overtook Keith. Pulling out of her mouth he dragged her roughly to her feet and spun her around. Spreading her legs with his foot he bent her over the swing and buried his shaft in her pussy in one fluid motion. God she was hot and tight. Laura made a noise between a gasp and a yell but it only served to fuel Keith’s lust. Grabbing her hips for leverage he slammed into her dripping cunt again and again with a savage fury. He could feel the tip of his cock ramming into the end of her vaginal canal. Laura’s whimpers of pain drove his excitement to a threshold never before reached. A haze descended in front of Keith’s eyes as he shot burst after burst of hot semen into her tight pussy. With a last thrust he buried his dick all the way into her limp and sweaty body, holding her there as the spasms of orgasm died away. Pulling out of her with a sucking sound Keith watched as a stream of cum ran out of her pussy and slid slowly down her leg, the red tint of blood all to evident. Laura straightened up and turned around to face him, a tear on her cheek. With a growing horror at what he had done Keith gently pulled her into a close embrace and kissed her softly while he stroked her hair. All Keith could murmur was “I am sorry” in her ear over and over.
“Fuck that” said a husky voice from behind him “Its about time that bitch was used”
Turning Keith saw Amy, her shorts unzipped, and one hand in the tight red curls of her damp pussy.
“My turn”