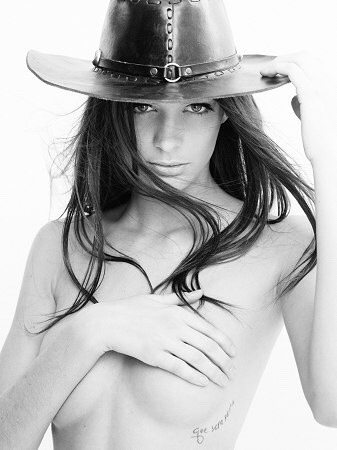 "Are you ready?"
My brother asked softly, his cock head resting against my drenched lips.
I nodded quickly, my eyes on his as he started to push inside me at an antagonizingly slow pace…

I had never felt this way before,
my whole body felt as if it were on fire.
I could feel my heart hammering
against my ribcage and somewhere in the back of my mind,
there were hazy thoughts swirling around wondering if
he could hear it. I watched him grin down at me,
his eyes slowly travelling down the curves of my body.
My pussy muscles clenched involuntarily and juices started to run down
my thighs, but it just made it so much sexier. We were both
soaking with sweat and when Matt started to drag his fingers
lightly up my legs, skirting the sensitive flesh at the joining place of my legs
and continuing up over my hip bones, his touch felt like a honey coated heaven against
my worked up skin, and I couldn't bite back a moan.
My back arched up to meet his touch as his strong fingers tip-toed their way up to my heaving chest,
and when he tweaked my swollen nipples I decieded enough was enough, and he was
taking too long. I pulled him down to me, and though he was surprised…he let me
take the lead and lay out on his back. Nerves crept up as I realized this…
this was such a new area for me. Something I could barely think about.
But the look on my brothers face was enough to urge me on, and I brought myself down to
his lap. It was a quick, swift movement that brough him into me. And I was so full,
to the brim. He was bigger than I'd enticipated, I felt torn. Ripped. But it was such a good hurt.
I could feel that the crave for this..this animal verosity would set in
so completely already. How could I not just want more more more more more of this
now that I had it? And then..I felt him jump inside me. A kind of twist and shove; movement.
He felt so hot, but I couldn't focus on anything. It felt too good. Like I was
going to go out of my mind. His hands were roaming me body still, and I set my lips
against his neck. Sucking, running my tongue in little circles across his skin.
I felt him stiffen, sink into me even further. A suffering kind of sigh ripping out of his throat.
His hips were driving up into me now, and I rode down to meet them. We went faster,
faster and faster and faster, the bed squeaking. No other sound existed, it was just this moment.
Matt slowed for a moment, his hands entwined in my hair.
I hadn't noticed that they had gotten there, but I wasn't leaving
thick hickey marks across him anymore either.
We were just floating, enjoying eachother and exploring the beautiful sensation of being so
thoroughly connected. And it…was just so..wrong. So bad. It was as if he had read my mind,
because he locked me securely against him and shifted us so that he could fuck me in the position we'd started out in.
"This could be so bad, you know." he said huskily in her ear, biting lightly on the lobe
as he shoved himself in, deep. "What if mom & dad came home right now, and saw us this way?"
I moaned incoherently as the pleasure mounted, raked my nails down the sensitive skin of his sides.
He knew I was close, but kept up with this slower pace, making me wait.
"Beg for it." matt murmured hoarsely,
slowly pulling his engorged member out and resting with the tip just sitting in.
I couldn't force any words out of my mouth, could just plead with him with my eyes.
He roated his hips, pushed in an inch and then back out.
I could hear the words he wanted to say resting against the tip of his tongue; 'I'm waiting, dirty girl.'
I tried to calm down, pulling in deep breaths through my nose, but by that time he had already grown bored
and moved to try to persuede me to play this game even more. My brother brought his mouth to one of my tits,
slowly moistening the skin around the swollen nipple with a careful tongue. I was pushed closer and closer to the edge,
my hands gripping the bedsheet with white knuckles as he wrapped his lips around the sensitive orbs and started to suck.
This was nothing I had ever felt before, or even close to any experience, and I loved it.
It was like fireworks all across my body, the sparks trailing down from my chest all the way to my throbbing clit.
He let my tit fall out of his mouth with a 'pop', moving on to the other as he shifted and grinded his cock in and out, still only
a little at a time. I hadn't allowed him to take his time with me before we even began, and I should've known he would have made
me pay for it now.

"Oh, god, Matt. Fuck. ummm. Fuck me, please. I need your thick, monsterous cock inside of my wet, wet pussy.
It's all yours. Unnnnnnnnh, it's waiting for you. Please, Matt. I'm begging you; fuck me. Fuck me so hard…"

I pulled his head away from my breast, bringing his face up to mine.
We shared a passionate kiss, and I swirled my tongue suggestively around the tip of his.
Without warning, he suddenly slammed into me hard. I wanted to just throw my head back, but
his mouth was still demanding attention from mine. He was going so much faster, and I had to struggle
to keep up with the rhythym. We were frenzied, driven purely by pleasure but it just felt so right.
So good. His hands cupping my breasts, his mouth against mine, our sweaty bodies moving together, it was too much.
I came, gasping for air and shaking. It was so groundbreaking, so earthshattering. After we had played around
and waited so long my climax was strong. I couldn't think, couldn't breathe. Could only moan his name and writhe in ecasty,
his hard dick still ramming into me. "You liked that, huh?" He said this with special pronounciation on each word,
making his cock jump inside of me with each syllable. I only groaned in responce, my body kicking into overdrive when it
realized he wasn't ready to stop yet. He pulled out, and I looked up at him, confused.
My brother just gestured for me to turn over on all fours and with an apprehensive glance, I followed suit.
His hands had to guide me into the right position, my limbs shaking and juicy cunt still pulsating, but it was worth the shift
when my brother shoved himself back in, hitting an area of myself I hadn't known existed.
"Matt, oh. god. Don't ever stop." I begged, rocking back into his motions.
He slapped my ass and I gasped, nearly jumping off the bed in surprise.
He held me steady with a soft word or two, rubbing my back lightly.
When he did it again, I was ready for it and the mixture of pain and surprise only hightened the agonizingly
amazing feelings radiating throughout my body.
I felt his thick head engorge even more, felt his pace start to build.
His roughly skinned hands found their way to my swollen clit and I cried out again as another orgasam hit me.
His own was right behind it, his thick, gooey cum shooting into me with nothing more than a low grunt from him.
We fell apart from each other, panting and exhausted.

No one said anything for a long moment. I closed my eyes, and when I opened them I wasnt sure how much time had passed,
but we were both still in the same positions as before. Matt was asleep, I could see the gentle rise and fall of his chest.
I sat up, squiting to see in the dark half-light of early early early morning.
A glance at the clock told me it was only 3;12AM, and I half-smiled at the thought that we still had quite a lot of time.
If he was up for it, that is. My smile grew to a grin as I moved soundlessly to examine his vulnerable, naked and sleeping
body. Oh, I would make sure he was up for it.
Grasping his long cock in both of my small hands, I started to stroke him slowly. I liked the way he felt, spongey but…ever so
slightly hardening, stiffening. I brought my lips to the head, giving his dick a soft kiss. The salty, tangy taste was intriuging,
and I opened my mouth to take him into it. It was exciting to know that I was doing this while he was completely oblivious,
but after a few moments of wet slurping and sucking, I felt his hands in my hair.
"Amy, you're so fucking amazing." He groaned, the fact that he was still half asleep evident in the tone of his voice.
I didnt say anything, just sucked on him and worked my way back up to the top before opening wide and taking him deep, deep into my throat.
I started to gag, but he pushed my down further, his hips slowly bucking up to reach my face.
I dragged my tongue sloppily around his swollen flesh, brought a free hand to his heavy balls and slowly caressed them with a finger before cupping them gently.
He gasped at the lightest touch, his body starting to spasm and then, he came. I struggled to drink all of his load, a pretty big ammount of fluids dripping out of the corners of my mouth
and down onto my body. I sucked him some more, licking up the jizz I'd missed that'd gotten onto him and the stuff still clinging to his love-rod.
He was gently stroking my hair, and when I pulled myself off of him, he pulled me into his arms.
We held eachother like that for a moment, each of us just looking at the other.
So much had taken place in such a short ammount of time…
My brother opened his mouth to speak, but I brought a finger up to his lips.
"Shh. All of this serious stuff can wait."

He just smirked, moving into a half-sitting position and pushing me lightly so that I lay on my back.
"You know, I like the way you think." Matt whispered soflty as he moved down, his hands resting on my thighs.
"It's your turn anyway."