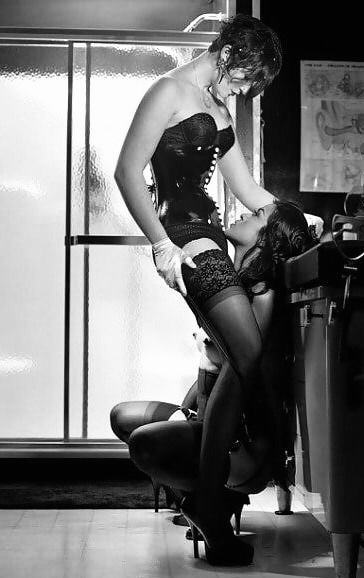 For as long as I can remember, Hal has been my best friend. We'd hang out almost every night. We could talk about anything, and we would go to clubs. There were other things, sure, but those were what we did most. Hang out and club it up.
That is, until he got his girlfriend, Serena.
Hal was handsome, tan, 6 feet, and could get any girl he wanted, which would explain Serena. She was beautiful. 5'5, blonde hair, DD tits, and a firm, round ass. Easily one of the sexiest girls I've ever met. But, being that she was my best friends girlfriend, I would never do anything.
The three of us would hang out all the time. Almost on a daily basis. It was to the point that we were family to each other.
One night, Hal picked me up in his car, bored.
"Hey," I waved, sitting down in the car.
"Hey, wanna go play pool?" He asked. That's what we primarily did. He'd pick me up late at night, and we'd go play pool. He took off out of my neighborhood, and by the time we pulled into there, it was about midnight. We picked our normal table, and headed over there.
About 5 minutes into our game, when my phone went off. It was Serena.
"Hal, catch" I said, tossing the phone to him. He answered it, putting the phone to his ear.
"Hey baby." I could hear babble on the other end, as I aimed my shot, "No, I'm just playin pool with David." I took my shot, making the ball bounce off the 2, which proceeded to roll into the side pocket. "Yeah, okay baby. You want me to come over?" As I lined up my next shot, I could hear some sort of murmur over the phone. Sounded to me like a 'no'. "Okay then, baby. I'll see ya tomorrow." Hal said, sounding dissapointed. Damn I'm good. I took my next shot, bouncing the white ball off the 1, which missed the hole I was going for. "I love you too. Bye." He hung up the phone and tossed it to me.
"Everything okay?"
He said, lining up his shot, "She's just jealous that she can't be here." Serena still lived with her parent. She was 17, Hal was 18, 4 months older than me.
"Yeah, cuz the pool house is where all the happenin chicks hang out at midnight." I said. "Is everything okay between you two?"
"Yeah, everything's fine…" He said, taking his shot, missing what he was aiming for, and hitting the 8 ball in. He looked at me, and I looked at him. "Game over." He said.

2 days later, things had become weird. When Hal and Serena were around each other, they fought more. Not big fights, but stupid things. I couldn't tell what was wrong, but I knew something was up.
It was about 2:30 in the afternoon, and I was bored out of my mind. I called Hal's house, and his brother answered. He had lost his apartment, and was forced to move back in with his dad for a little bit.
His brother asked, sounding like he had just woken up.
"Hey, Matt, is Hal there?"
"No, he's out searchin for /> "Oh, is his cell on?"
"It got turned off, remember?" Shit, that's right. Damn his greedy parents…
"Oh, him I called?"
"Kay, later"
Matt hung up, and I slumped down in the sofa.
That's when I got the call.
I lifted my phone, and looked at the number. I hit the answer button and put it to my ear.
I asked.
"Hey, Dave. How's it goin?"
"Good. Hal's not here. He-s loo-"
She said, cutting me off, "I was wondering if you could give me a ride home."
"Oh," I said, feeling a little akward, "Okay. I'll be right there."

As I drove to her high school, I kept going over why she would call me, instead of Hal. Maybe she forgot his number? No, that's just stupid.
Maybe she already tried calling him? Yeah, that could be it. Maybe she already tried, and since his phone was off, she thought she'd try me. Except…why would she not ask for him? I DID begin telling her he wasn't with me, maybe she just caught on quick?
Best not to think of it, I guess.

As I pulled up, the first thing I noticed was how sexy Serena looked. Though I didn't ever think of her in a sexual way, I couldn't help but look at her breasts as she ran up to the car. She was wearing a VERY tight top, not only showing off her beautiful tits, but probably making them look bigger. And she was wearing tight jeans, showing off her beautiful legs, and round, plump, but not too fat, ass. As she got closer, I made sure to catch myself, and look into her eyes. I had never really noticed how amazingly sexy her eyes were before.
"Hey," she said, breaking me out of my trance, "thanks for picking me up."
"Uh…no problem" I said, watching as she swung her ass into the car, sitting down. "Hal not answering his phone?" I asked, trying to make the increasingly hardening shaft in my pants go away.
"Oh, I dunno. I didn't call him." she said, like it was nothing.
"Oh." I said. I was about to ask her if everything was okay, when another song came on the radio.
"I love this song!" She squealed in that cute way that girls do, not really making it any easier for me to get my boner down.
She turned it up, and started singing. Her school was in kind of a back-road area, so I sped out of the parking lot, pulling the E brake, and skidding perfectly into the far lane. She squealed, and looked at me, mouth gaping. I smiled back at her, and sped off. Turn after turn, going as fast as the car would let me. A 35 came up, and I hit it goin 60. The car began turning, and as we came out of it, we were facing a 45 foot drop. She reached over, and grabbed for my arm, missing, and grabbing my leg…and the head of my hard cock, through my jeans. I was too focused on turning the car, making us going straight down the road again, coming onto a somewhat busier street.
As we drove on, and the song stopped, I noticed her hand was still clutching my leg, the head of my cock just under her palm. I coughed, but didn't say anything. She slowly let go, putting her hand inbetween her kneecaps. My eyes couldn't help but wander up her legs, and to her crotch. I couldn't tell if it was shadows, or what, but it almost looked like she was a little wet.
Glancing back to the road, and then back to her, I looked further and further up her body, all the way to her eyes…which were staring straight back at me. She was smiling, and I turned red, looking straight at the road. We drove on for another minute or two, not saying a word. Why did I have to do that?! She was my best friends girlfriend! How many times had he told me how much he was in love with her?! IDIOT!
"Can I smoke?" She asked, pulling out a cigarette.
I said, as she rolled down her window.
She lit her cigarette, and I kept looking at the road. However, after a minute or two, I couldn't help but glance over to her, and watched as she slowly looked out the window, and slid the cigarette seductively inbetween her lips. I wasn't a smoker, and I usually found it disgusting, but for some reason, watching her suck on her cigarette, and then lightly blow the smoke out the window, I was harder than I've ever been before.
We drove in silence, all the way to her house.

After a while, I got a call from Hal. He was at home, and wondered what I was doing. I said nothing, and I'd be right over.
"How are you gonna do it?" Serena asked.
"Do what?" I asked over my shoulder as I slid my shirt back on.
"Tell Hal about this…about us…."
I sighed, and looked around. "I don't think he should know…" I said.
"I see…" she said, and walked over infront of me. I was sitting on the arm of the couch, where we had just came together. She knelt down, and looked me in the eyes, "I still love you, as a friend. But I'm IN love with Hal. This was the greatest sex I've ever had, and I don't want it to get in the way of anything any of the three of us have." She put her hands on my cheeks, and pulled me into a kiss, long, and deep. When she broke it, she looked into my eyes, "I don't want this to end, though. Do you think we could still…"she looked down at her naked body, and then back up to me, "and still be friends?"
I looked at her, and smiled. "We'll see…" I said, getting up and going over to the door. I stopped, and turned to look at her, as she smiled sweetly at me, I felt my heart melt, and my dick begin to harden. It would be hard to do both, but fuck, I had to try.