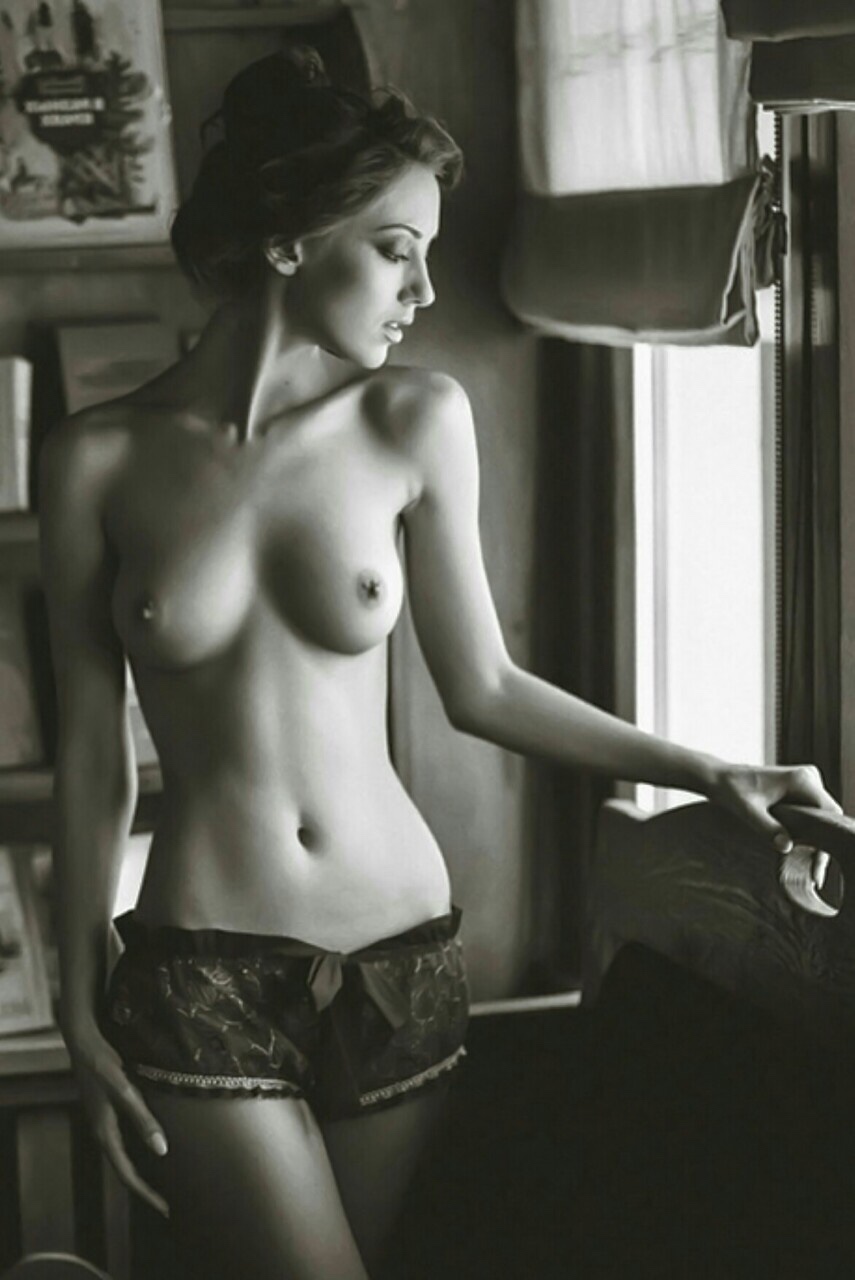 "I need a job and I'll do anything to get it!" Ted looked up from his desk to see who had made such a statement. The girl facing him was gorgeous. She was dressed in a mini-dress which barely came below her panty line. Her nipples poked at the confining material of the undersized half tee shirt she was wearing which confirmed the fact that she was braless. Her deep rich auburn hair framed the face of an angel.

"Exactly what do you mean?" asked Ted.

"You don't look stupid to me" replied the girl, "I think you know what I mean. Now let's talk turkey or am I wasting my time?" The girl pulled one side of her tee shirt up to reveal a full round tit capped by a dark circle and a nipple at least half an inch in length. Ted sucked his breath in as it was without a doubt one of the prettiest tits he had ever seen and he had seen his share.

"You must realize that a man in my position has to be very careful. Before I give you the job I have in mind, I need to know your The girl came around to Ted's side of the desk and sat down on the desktop facing Ted. She spread her legs revealing a patch of pink panties. Ted could see the dark patch of hair beneath her panties along with hairs sticking out from under the girls's panties. She took Ted's hand and put them on her breasts.

"There are my qualifications, so do I get the job or what?" Ted moved his hands under her tee shirt and squeezed her breasts and then rolled her nipples between his forefinger and thumb. The girl shivered as Ted ran his right hand up her leg under her mini dress. He lightly ran his fingernails over the crotch area of her panties. As Ted laid her down on the desk her dress bunched up above her hips. Ted reached down and pulled her panties off revealing a small patch of hair above a beautiful oval shaped pussy. He leaned over and lightly ran his tongue over her pussy causing her to shudder again. He began licking and sucking on her pussy. The girl squirmed with delight and removed her tee shirt. Ted got up and removed his clothes. The girl gave him an appreciative look as his cock sprang into view. She reached out and stroked his dick up and down the full length of it's seven inch length.

"Now that's a dick", exclaimed the girl. She rolled over and began giving Ted a fantastic blow job. She would take it in her mouth very gently and suck on it. Then she licked the whole length of the shaft including his balls. "OK, so what job did you have in mind for me?" asked the girl after they were through making love.

"Don't you think we should introduce ourselves first?" asked Ted.

"Seems like bullshit to me", said the girl "but you can call me Karen."

"My, my don't we have an attitude. Are you always like this right after you have been fucked?"

"Cut the crap and tell me if I have job or not and what it is that you want me to do."