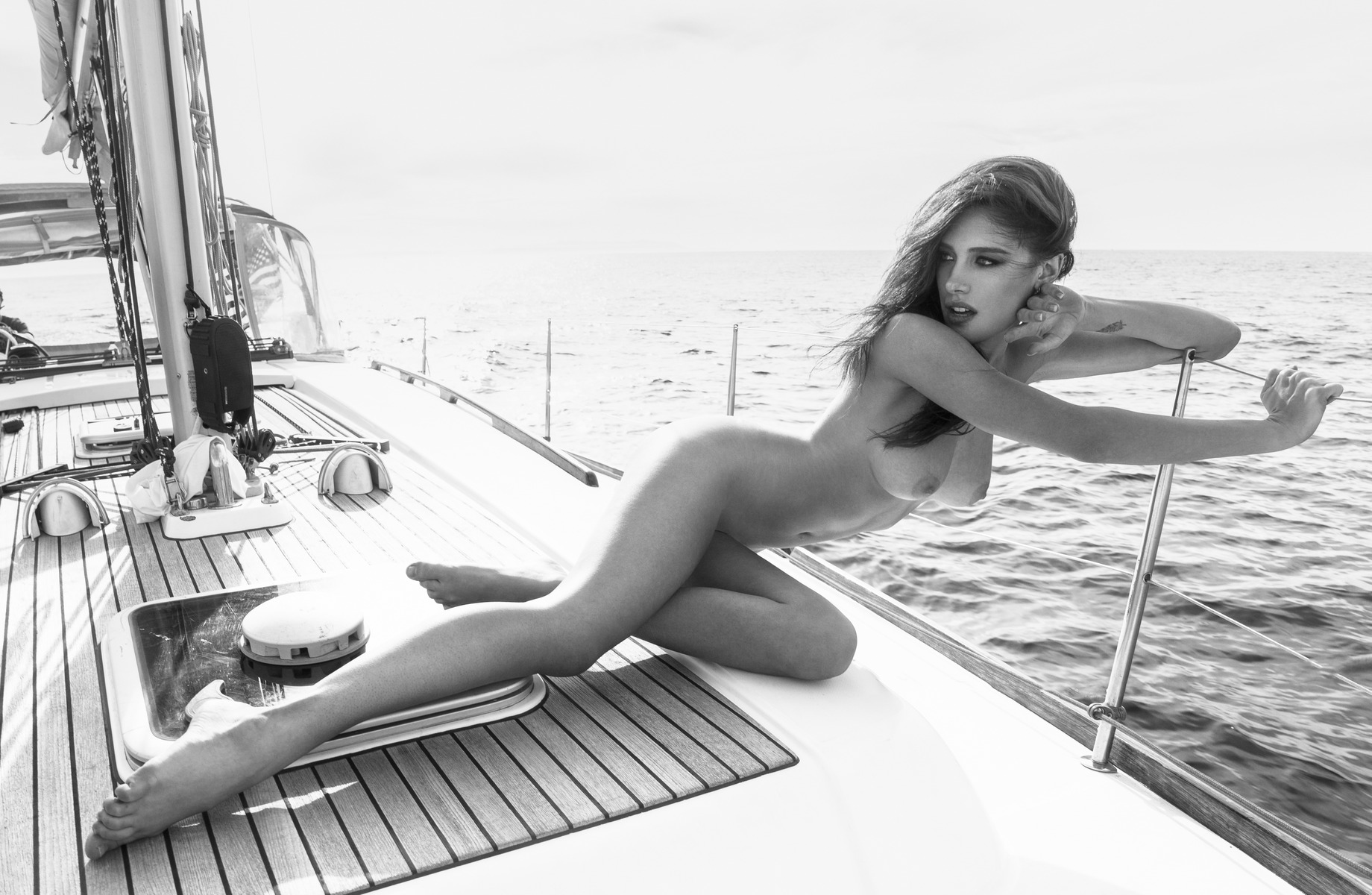 The three of us woke up at roughly the same time. Both girls had managed to keep their hands on me. Oh well, I’d have some fun with them anyways. Ellie was a breakfast eater, Sarah and I were not. She went out to grab a donut and some coffee. I told her to come back topless.

you two hook up?” she asked sitting up.

I pulled myself to a seated position next to her. “I’d had a crush on her for a while, I could see something in her that everyone else ignored. I took a chance. I played my hunch and had some rope fun with her and a friend of hers one night. I wore a mask then and the next few times. Finally I revealed myself and we went from there. What about you and Lys?”

“Sort of the same thing. I caught her checking me out a few times while we dressed for softball. Fifteen girls on the team and she gets attracted to the one other lesbian. What are the odds of that? Anyways, I asked her out.” Sarah giggled, remembering the moment, “she couldn’t even speak, she only nodded. Bondage was things that, as we got to know each other discovered we were both into.”

She looked taken aback by the bluntness of the question. “I’m not bi,” she responded firmly.

I smiled, not what I asked.”

She hesitated, The />
I laughed, a definite yes then.” She looked down and nodded. At that time Ellie returned with a half empty cup of coffee in one hand and her (my) shirt in the other. She smiled at the two of us sitting up in bed. “I’ve got to go to the bathroom, I’ll let you two get started,” I said throwing on a pair of boxers and slipping out the door. I took my sweet time getting there and back, making sure to wash and dry my hands thoroughly, saying hi to a friend I passed in the hall.

I returned to something I hadn’t seen in a very long time. Sarah was on her stomach on the floor. Her knees and ankles were bound together, as were her wrists and elbows. Her wrists were then bound to her ankles. A deliciously tight hogtie, a position I curiously hadn’t used often with Ellie. Ellie was returning the favor that Sarah had paid her earlier with the electric dildo. Ellie sat on the floor, spread legged so that Sarah’s face rested on her pussy. She smiled at me when I walked in then turned the dial sending electrical impulses into Sarah’s pussy.

Sarah stopped her licking, shut her eyes and whined loudly when the device turned on. “If you stop licking me then I’m definitely not going to turn it off,” Ellie informed her. Sarah fought through the pain and forced her face back down. Ellie turned it off and Sarah’s muscles relaxed. Ellie’s however started to tense up as Sarah put more and more into her licks.

I allowed Ellie to have what appeared to be one medium sized orgasm before pulling her out from under Sarah and to her feet, much to both girls dismay. I untied Sarah, but left her on the ground. Soon Ellie joined her on her stomach. Rather than bound their arms again, I tied each girls ankles to her thighs. Now, no matter what they did, they remained at a perfect height to service my cock.

“Suck Ellie’s clit.” Sarah moved onto her back and slid in between Ellie’s legs. I felt Ellie’s tongue shudder slightly as Sarah started. Ellie cupped her breasts together and played with her nipples, giving me something to look at while she worked. Still, I kept my eyes on her beautiful lips sliding up and down my shaft. The next time she went deep, I made her stop. Her pigtails made her look so innocent, and me so horny. While down there her forehead wrinkled and her eyes shut. Her tongue kicked into overdrive as Sarah brought her to orgasm. Ellie continued bobbing up and down at my order when she was done, and Sarah stayed in between her legs.

Ellie, you get to take Sarah’s strap-on that she brought and fuck her while she licks my balls until I’m ready again. I untied both girls and laid Sarah on her back, kneeling over her face I lowered my balls into her mouth letting my dick lay on her face. I turned over my shoulder to see Ellie fastening the last strap and moving to go at Sarah’s pussy. There’s something hypnotic about watching a girl thrust, maybe it’s the way her stomach moves like a belly dancers, the mesmerizing, methodical movements. Either way it was wonderful to watch. I felt the first traces of blood rush back into my cock already. Sarah started moaning, guess she liked being penetrated. I looked back, Ellie was really letting her have it. Her hands were above Sarah’s hips and she was giving deep hard thrusts and she seemed to be enjoying herself.

When I had gotten hard again and Sarah had orgasmed once, I rose to my feet and pulled Ellie with me. I completed quick elbow and wrist cinched and left the lesbian on her knees in front of the two of us. My balls dripped with Sarah’s spit while the strap-on was covered in her juices. “You now have two cocks to please.” She attacked both with equal fervor, giving one a few good thrusts, then the other. She could still only get about three inches down but was now much better at using her tongue to her advantage.

Ellie soon grew tired of the treatment and removed the strap on. She let Sarah lick her pussy instead which seemed to please the lesbian. Ellie took this until she could stand it no more. After Sarah’s lips left her pussy, she pushed her aside and dropped to her knees. Ellie wanted my cock all to herself. Sarah decided this would be a good time to slide her head in between Ellie’s legs, and with some difficulty, did so.

Until I pulled her to her feet, then on top of me as I lay on my back on the futon. I cradled her face gently in my hands, trying to figure out how in three months my life could have gone from nothing to this, and not really caring all the same. With a giggle, she rolled over, pulling the two of us onto the floor. I landed with a heavy thud on top of her, my partially hard cock pressing into her soft stomach. My hands moved from her cheeks upwards, running through her hair. I kissed and again. She broke the long third kiss with another giggle and pulled me close. For a few moments we just laid there, wrapped in each others arms, both naked and slightly wet on the sickly grey carpet. Either incredibly romantic, or mildly disgusting.

Ellie freed the tired lesbian who flopped heavily down on the futon. I slipped on a pair of boxers, and Ellie a long shirt as we lay down to nap. Sleep did not come, but a sense of relaxation did as I lay there with my arm around Ellie, pulling her in tight, feeling the gentle caress of fabric on skin. In a way it was better, being awake with her the whole time. It was nice to be consciously aware of that feeling of closeness, of security, and not have it confined to the concentrated and all too brief moments when you drift off holding them, and wake up next to them. But to lay there for hours… Sarah pulled the spare blanket that hung off our futon and curled up in it, laying her head down on one of our ginormous, yet soft and comfortable two dollar Wall-Mart pillows.

The three of us laid there for hours, awake, but perfectly content. After a few hours, contentment turned to boredom, and Ellie began shifting around as we spooned, brushing my hard cock through my boxers. I responded by removing them and letting them fall to the floor next to the bed. I pushed her onto her back and slid on top of her, entering her in one swift, deep movement. She let out a surprised, and pleasured gasp as I placed her arms around my back and slid mine under and around her shoulders. I started sliding in and out, nice and slow, and very deep.

For the next couple hours I fucked her gently this way, breaking in every so often with long, slow, passionate kisses, and nibbling her nipples through the shirt. I continue to plod along towards climax for the both of us, slowly moving in and out. Over the course of those few hours her breath grew slowly, almost unnoticeably heavier. Feeling myself coming close as well, I barely increased my pace. She noticed, her back arched and she let out a long low moan.

We parted, and she smiled, then giggled. “It’s this sort of thing that makes me love you,” she said. I just smiled and kissed her.

story by: the author