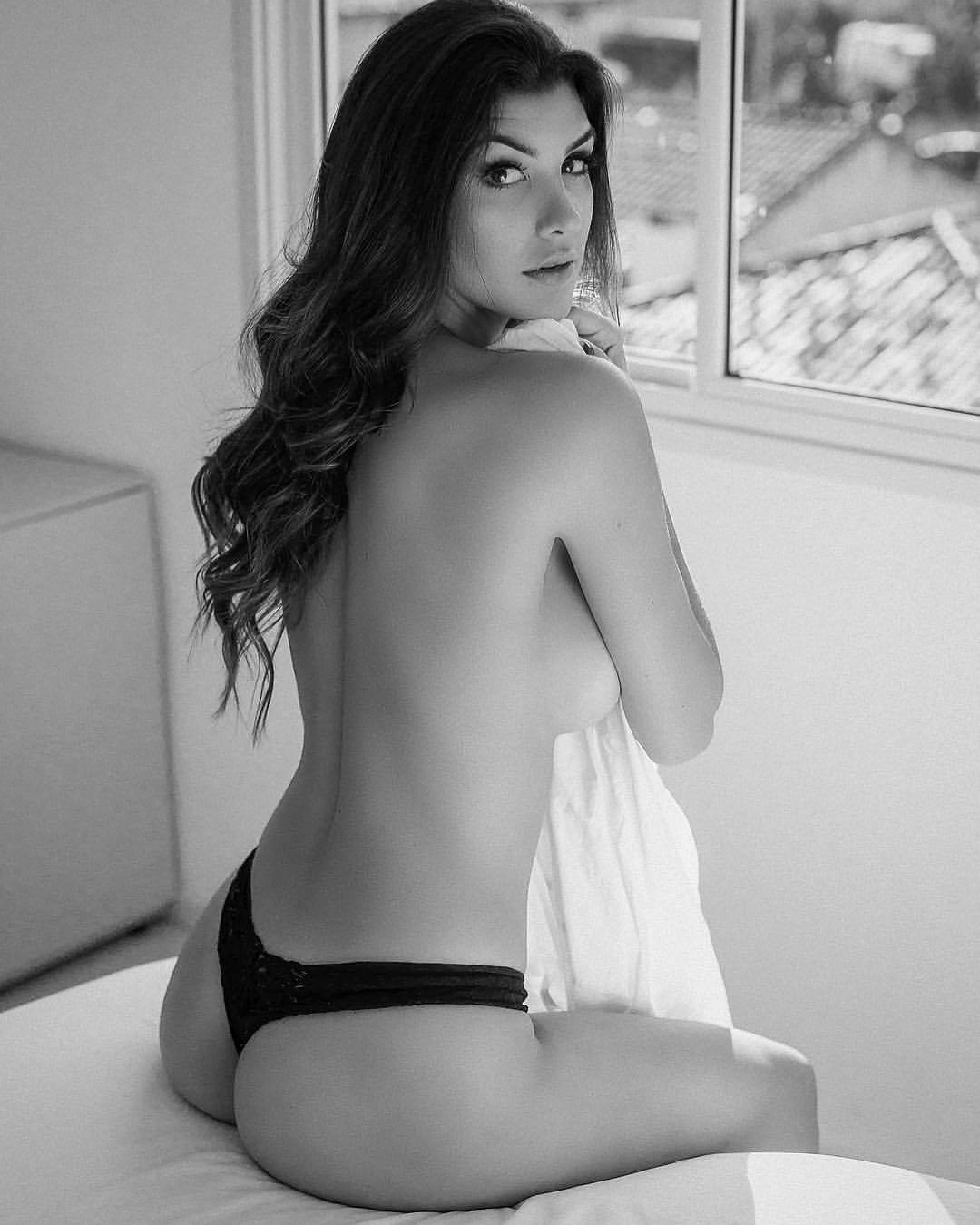 I awoke with terror clawing through my guts. Those screams were truly horrified. Had the dead gotten in? Jesus Christ! I grabbed my .45 and tore off down the hallway, leaving my redheaded lover in the blankets she had wrapped herself up in.

As I came around a corner I saw a man, one of the ones we had imprisoned, hanging naked over the railing with his arms and legs connected to different ropes. His body was wrapped in heavy cloth to protect him from skin breakage. But I saw with sudden trepidation that his genitals were hanging down and away from his body.

I found one of our guys, James, and asked him what was going on. “When feeding time came around this bastard sucker punched Matt,” another of our guys, “and was choking him to death when we got there. This is to teach the others a lesson they will never forget.” I trembled with the fear of the inevitable. “What exactly are you going to do?” I asked.

James looked at me like I was stupid, and then looked away at the scene unfolding before us. The man, I never knew nor learned his name, was slowly lowered to the ground floor, where some brave, maniacal asshole had let 5 of the Undead into our safe house, our new home. I shook with fear upon seeing them, as pent up terror was slowly released. It's easy to act like a hard ass, and maybe you are. I know that the things I saw while traveling across the country would stay with me for a long time, odds were I'd probably never forget them to be honest. I wouldn't describe myself as a hard-ass, but you couldn't be emotionally weak and survive in our new world. The Zombies have culled the herd of the human race, picking off the weak like it was nothing, which for them it wasn't.

Back to this moment in time. The man was being slowly lowered, and as he saw his fate he began to thrash and scream as hard as he could through the gag. It was the macabre interest that kept me watching. They slowed down as he got closer, making sure he got the full treatment. At first the claws scratched at the cloth, making a rasping noise. But then the mouths of the monsters found him, and began biting at him as best they could. The cloth protected him from bites, but not from the pressure of the Undeads mouths. And then one of them found his penis. All hell broke loose when that zombie bit down on the head of his dick. Blood began to splurt out as I turned away, unable to watch the ending to this story. A cheer went up from the crowd, and I was disgusted by my so-called friends. I felt like a switch had been thrown inside of me, and something I haven't felt since before the initial attacks was again awakened in my soul. I began to feel guilt heavily weighing upon me for my part in inflicting this upon these people.

I wandered back to the blanket and nuzzled up to my new lovers back. She stirred and looked up at me. I decided right then that things would change. “Whats your name beautiful?” I looked into her eyes and saw the surprise, and a little compassion I hoped. she responded, and I felt my heart throb.

I figured since we had already begun talking, I'd keep it going a bit further. “How old are you Nicole?” She looked up at me a bit shyly and said “20, why?” I did a double take. The light where we were wasn't that great, and where they had been kept the lighting was even worse. I vowed to see her in decent light. I knew she was as beautiful as I thought she was, but apparently she was a bit more experienced in the world then I had initially thought.

“Since we're playing 20 questions,” She broke into my thoughts (speaking of thoughts what a beautiful voice), “How old are you?” I looked her square in the eyes. “21,” I responded, “how did you survive this mess?”

She looked sad, and began telling me a story about her family trying their best to get out of their hometown in Northern Nebraska, and managing to get to the area we were in now before the hordes overwhelmed them and they were forced to go into hiding in the mall. Through attrition and bad luck every one of her family had died. I felt sorry for her instantly, knowing exactly how that felt. My family was dad as well. I know that we both had tears in our eyes so we took a second to wipe them away.

“Why are you treating me like this?” She had a new look in her eyes, fear, and a bit of anger. “You mean like a person, and not a piece of meat?” She nodded in agreement and I felt the shame and guilt of what I had done wash over me again. “Because this is how I treat women. I don't know how it happened but somehow I lost a bit of my humanity while trying to survive this nightmare. Seeing what was done by my companions this morning I realized that this isn't who I am. I know I can never make it up to you or the others, but I am sorry for what I did to you.” I looked her in the eyes, such beautiful green eyes, “I really truly am”

She had tears in her eyes again, and this time just leaned forward and kissed me. “Don't apologize, I enjoyed it very much. And I didn't fight back and I didn't say no, so don't you dare think or feel that you raped me, I enjoy rough sex, I get off on it like nothing else. But I want you to make love to me, please.” I kissed her neck while running a hand up from her hip where it had been resting to cup her perfectly formed breast, lightly rolling her nipple between my fingers. She moaned gently as she rolled over to cup my face in her hands as we kissed. “It would be my pleasure.” I said from around her gentle lips. I slid my hand form her breast around to her back, pressing her into me while sliding my other hand down past her hip to hold her soft cheek. She moaned again as I gently spread her cheeks and rubbed a finger up and down her slit. She leaned forward to kiss my forehead as she twisted her hips in an amazingly sexy way and slid herself down onto my manhood.

As she enveloped me we both moaned deeply and pressed ourselves closer together, enjoying the feel of the others body. We worked into a steady rhythm with long strokes and a gentle speed. We were comfortable with each other, somehow. She moaned after a few minutes and gently bit my lip. I could feel her muscles contracting and that set me off, feeling the twitching around my shaft and head. I filled her up with my seed, and we both moaned in the pleasure of the simple feeling.

We enjoyed each others company for the rest of the day. Resting and talking more between sessions we learned a lot about each other in that day. And I vowed to help the others to escape the Hell that I was, at least partially, responsible for.

I cried, heaving and shaking, while Nicole held me and told me it would be ok. But all I could think about was that the man who died this morning was my fault, and the things that I had done and how unforgivable they were . Nicole told me over and over that it wasn't and that the man had always been an asshole, at least since he had shown up seeking refuge from the Undead. I felt a bit better after eharing what a prick he was, but I was still feeling pretty shitty. "You were surviving, which is exactly what we are all trying to do. Do you really think that if the other men in the mall had the chance, they wouldn't have traded places with any of you the second the fucking started?" I didn't know what to say to that, and was lost in my thoughts again for a few minutes, simply thinking about things and holding Nicole close, enjoying the warmth of her skin against mine.

“I think I love you.” The words shocked me out of my thoughts, and I slowly turned my head to look her in the eyes, those beautiful eyes. “Your sweet, and compassionate, and you care, you really do. Your closer to me then anyone else. I really do think that I love you.”

I mulled this turn of events over in my mind. She really was all that I had in this world, and I was shocked to discover that I loved her to. I told her all of this and she looked at me. We made love again that evening, enjoying the fact that we know the other was truly making Love to the other.

After our experience we began to think about how to free the slaves, and how to exact our revenge…..