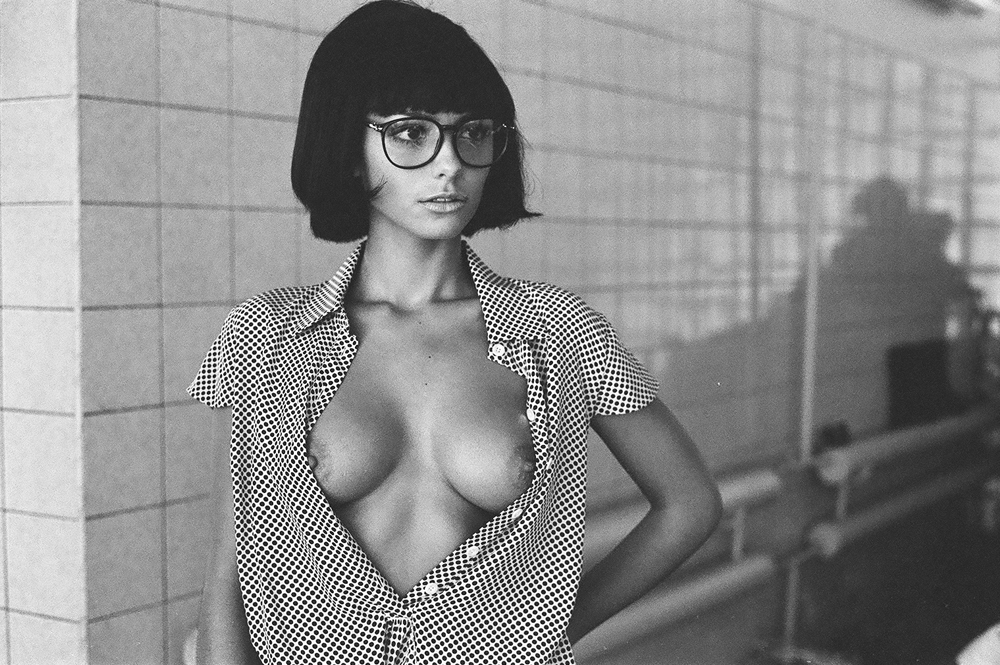 She closed her eyes and gave herself over to the tears, they ran and she was starting to get a stuffy nose… she felt something soft on her face and opened her eyes to his tongue licking up her tears. She felt chills run straight to her nipples and clit, the both fully hardened again and she felt her ass clench repeatedly the toy heightening the sense of fullness, stimulation and arousal… Why would his licking tears have affected her that way, maybe it was the beatific smile on his face. She started to struggle to breathe her nose plugging because of the tears, her eyes were getting bigger, and she worked harder and harder to draw her breath in.

He said “Slut, I will remove the gag but you will not scream or yell for help. You will behave or it will do things to you that will make you wish that you had never met me. Do you understand, you little fucking bitch?”

Things were starting to dim, she was not getting enough air. She nodded her head and knew she meant it. He reached out and undid the gag. She sucked air in and filled her lungs with glorious air. Once more bursting in to tears. A part of her seemed to be standing back and was saying, “Another round of tears? What kind of a little weak bitch are you?” She burned with shame and tried to get her tears under control. She levelled herself out and was able to get her emotions once more under control.

Her entire world narrowed down to the pain in her pussy, she opens her mouth and takes a rapid breath to squeal and SLAP her face burns… “You little bitch, I slapped your cunt to make sure that you understood that I am going to use you. Every time I see you preparing to scream or yelp I am going to slap your face, and each time it will be harder. You need to understand that your entire body is mine and that you are going to do exactly as I want. That you are a little fuck piggy to be used and degraded any way I want. Do you understand me slut?”

She sullenly said />
SLAP, when her eyes clear from the slap to her face she sees that he has his face right in her face his voice is almost a growl “You will speak to me with respect, slut. Your answers are to be ‘Yes, sir!’ you will use ‘sir’ to address me at all times and will answer appropriately and with respect all of the time.” Once again even with her face burning her cunt is starting to clench more and more. try this again, you need to understand that your entire body is mine and that you are going to do exactly as I want. That you are a little fuck piggy to be used and degraded any way I want. Do you understand me slut?”

“Good girl, now you are starting to understand how this is going to go. Let’s fix how you view your body parts.” He reached down and grabs her pussy “This is your cunt, and I own it.” He grabs her breast and growls, “these are your tits and I own these.” He removes the toy from her asshole, and spits on his finger and roughly pushes it inside her “this is your asshole and I own it.” Lastly he pulls that finger from her ass and forces it into her mouth, “this is your face-cunt and I own it.” The bitter awful taste of her own asshole fills her mouth and she is embarrassed at how her body is reacting to each new word or phrase. “Do you understand slut?”

She said “Yes Sir!” It felt right, her cunt is his, her tits are his, her asshole is his and her face-cunt is his.

He placed a pussy pump over her cunt and began to slowly pump. She felt this incredible sucking sensation that drew on her. It felt amazing, the discomfort was minor but she felt the arousal build. He pumped and pumped, slowly. Once he pumped her to the point of her whimpering, she was losing herself dancing on the edge of pleasure and pain. She found herself uncontrollably grinding herself against nothing, trying to find tome sensation against her clit. But it was suspended in the pump, engorged but nothing to rub against. Then with her eyes half way rolled up she heard a very distinctive sound that had her eyes snap forward and then to his crotch. The zipper filled her head with the promise of his cock. He opened his fly and then pulled his cock out of his underwear and her cunt spasmed in what amounted to hunger, desperate to have cock shoved in her cunt. He lowered himself to his knees and moved until he was kneeling over her head… he began to slap her face with his semi-hard cock and then would run his balls over her nose and lips and then once more move back and begin slapping her face left and right with his cock… then he moved back a bit further and put his cock at the opening of her face-cunt and she automatically opened her mouth to take his cock and he lunged forward jamming his cock deep into her throat. She immediately began to choke and he pulled out, looked her in the face, grabbed her throat in one hand and slapped her face with his open hand and then back handed her other cheek and then shoved his cock deep in her face again. Over and over he rammed his cock inside her throat and slapped her repeatedly she was dizzy, crying uncontrollably, her cunt was spasming the sensation kept building, she could feel her cunt getting wetter and wetter but each time she thought she had hit a new level of arousal she found that there was a yet further that she could go, her entire body quivered for release. He allowed her to catch her breath and then began to throat fuck and slap her again. She eventually let go completely and began to float almost outside of herself watching him do these things to her. Just seeing them objectively made her so incredibly hot, she was finally being treated like the dirty whore she always knew she was and there was nothing she could do about it. She found her place finally. Eventually he backed off, the look on his face was one of power and control, almost dispassionate and she came back to herself. The feeling of saliva, his precum and the mucous that was all over her face and throat and chest felt so incredibly satisfying. Her entire body seemed to throb in time to the heartbeat she could feel in her clit. Eventually laying there all she could focus on was the sensations radiating through her body starting in her clit.

She could feel a desperate scream well up inside her she stomped it down and all that escaped was a pitiful whimper and mewling. As he walked away she her him chuckle, it was not a pleasant sound, and sent a chill down her spine…