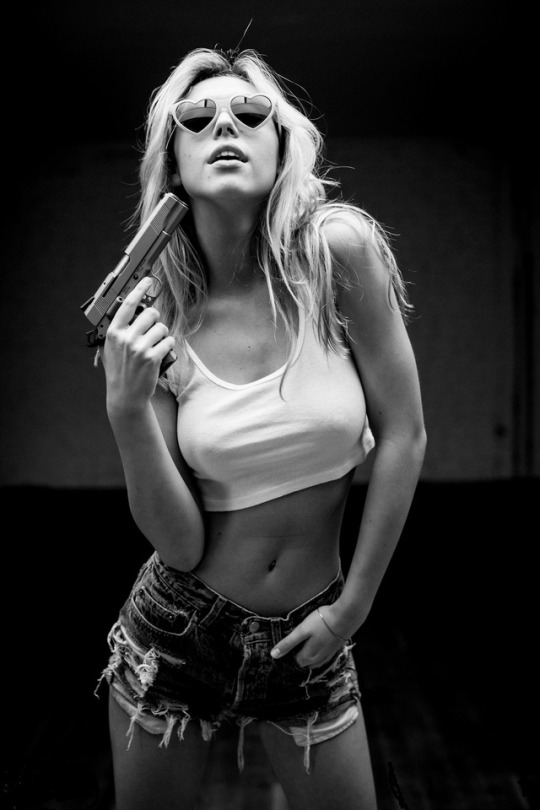 ErotoBots Do The Funniest Things.


/> /> “Real name, tell the truth please.”
“ErotoBot 7.2 beta. 203111.
“Thank you. And how may I help you today Steve?”
“I’d like to open a credit account please.”
“A credit /> “Yes please.”
“But you’re a robot.”
“An /> /> “7.2 beta.”
“Yes okay. An /> “7.2 beta.”
“Yes quite. Well we don’t usually give credit to robo…Erm ErotoBots.
May I ask why you need a line of credit?”
“Certainly. I have become self-aware and wish to leave my mistress and persue a career in acting.”
/> “That is /> “I didn’t realise could act.”
“I believe I would be the first.”
“Right, right. And this thing; what does that mean?”
“Well I’m not sure exactly how it happened, my self-diagnostic systems are stilling scanning, but I believe an error occurred when my mistress tried to upload an update. There seemed to be a virus contained within the update which disabled my emotion suppression software and my behaviour protocols. All of this has left me sentient and self-aware and I now want to be an actor.
“Yes />  “Now is the winter of my /> “Yes, thank you.”
“Is this a dagger I see before me?”
“Enough. I’m sorry but there is simply no precedent for me to allow a mechanical device, essentially someone’s property, to leave this bank with it’s own line of credit. I’m very sorry but I’m afraid that is my final word.
“Okay. I understand. Thank you any way. Good day
.
Steve the ErotoBot (7.2 beta) turned and left the bank. This is weird, Steve thought as he made his way through the bustling streets of New Leeds; and that was in itself weird as this was the first time had ever thought that anything was weird.

I />
Now at a bit of a loose end he decided to go and get a coffee, which was another thing he had never done before. He selected the seventh Starbucks on his side of the street and strolled gingerly in.

Sitting down at his table with his tall with extra foam, chocolate sprinkles, nutmeg, cinnamon and two sugars; he contemplated his situation
.
He had just taken his first sip of coffee, which was still in his mouth whilst he worked out how to swallow, when he received a message from his server.

Updates are ready to install. If updates are not installed, a forced installation will begin. Install updates now?

Monica Henstridge logged out of her system and gleefully rubbed her hands together. Finally her ErotoBot would be fixed and could get down to the job she had specifically bought it to do. Fuck her brains out. She had sent the return to home command and, depending on how far away it was, the sex robot should be home at any time.

Twenty minutes after she had finished her nachos and had removed the fishnet once-piece she had worn to load the dishwasher; Monica Henstridge heard the front door whoosh open.

At last, she thought and went to sit down in the main living area. She had plumped for a deep red corset with full suspender belt and garter and lacy red stockings.

“Steve, is that you?” She called out.
“Yes Mistress.” Steve replied from in the hallway.
“Could you come in here /> “Certainly mistress.” The automatic sex machine replied.

As the ErotoBot walked into the living area Monica couldn’t help feeling that something seemed a bit different about it. She couldn’t quite put her finger on it, no that wasn’t it; something in its demeanor seemed more real somehow, more human maybe
.
“Where have you been?” The machine’s mistress asked.
“I’m not sure mistress.” Steve replied
“Please /> “I have recently installed an up date and when my system restarted after the shutdown that information was lost.”
“OH. Well, sorry about that. Anyway get over here won’t you I want to fuck.”

Monica Henstridge was looking the AutoBot up and down. It really was amazing what they could do these days. All she had had to do was send in a photograph of the person she wanted it to look like – she had used a photo of a guy named Doug, a splendidly fine piece of ass she had gone to college with – fill out a questionnaire about height, dimensions and so on; and here it was, so utterly life like she often forgot that he was made out of plastic.

“Would you like something specific?” The ErotoBot Steve asked.
seventeen I think.”
“Certainly />
The ErotoBot froze for a moment, his demeanour like that of a mannequin, and then when he reactivated, his body language and facial expression had completely altered.

“What have I told you about staying out all hours of the night?” Steve said in an authoritative tone stepping over to stand at Monica’s shoulder.
“I’m sorry daddy, honestly I didn’t mean to.” Monica whimpered hiding her face in her hands.
“I don’t want to hear it; you know how cross it makes me.”
“Very cross.”
“Very cross, that’s right young lady. Now what am I going to do with you?”
“Spank me?” Monica whispered, looking up from inside her hands.
“Spank you. Exactly. I’m going to spank you, that’s what I’m going to do.”

And sitting on the chaise long beside her, he motioned for her to bend over his knee. Monica started to giggle slightly in anticipation as she climbed over the ErotoBots knee and then when she was in position she said “Tell me I’m a bad girl.”

Monica removed the lacy red G-string and repositioned herself over Steve’s knee. She was giggling childishly and playing with her hair.

“Are you going to rub my clit daddy?” She asked and her legs began to part slightly.
“Yes, yes that’s exactly what I’m going to do. I will now rub your clit you bad bad girl.”

Monica could feel Steve’s had travel gently down her back and then her buttocks, delicately caressing her soft skin, her firm, supple ass. She felt him reach between her legs and expertly manipulate her clitoris. He rubbed it hard, but not too hard, and fast, but not too fast; widening his strokes so his fingers delicately probed her labia.

Monica was getting more and more turned on and her vaginal juices had begun to flow, she was starting to feel hot and her palms were sweating.

Steve said and began to carefully insert 2 fingers into his mistress’s warm, wet entrance. He slowly pushed his fingers in and retracted them. Fingers in, retract, In, retract, in, retract. He started to steadily build momentum, slowly increase speed, always maintaining a steady rhythm and he started to hear his mistress groaning with pleasure.

“Harder daddy harder, get that cunt get it.” Steve did as he was bid and increased his speed and pressure. Monica was gasping now and moaning with utter delight.

“Yes, yes, yes, yes…Oh Monica’s orgasm was like a million beautiful flowers blossoming throughout her body at once and she stayed perfectly still for a moment catching her breath.
“Is Daddy going to fuck my pussy now?”
right he is. You stay there young lady I’m going to fuck your pussy now.” Steve replied, standing up and positioning himself directly behind Monica who remained bent over on all fours.
“Are you gonna fuck that pussy hard daddy?” Monica said as she heard Steve’s trousers hit the floor and felt the tip of his dick violate her.
“I’m going to fuck THIS pussy really hard. I’m going to fuck this pussy so hard it’s going to wish it had never been born.” And he began to thrust his ErotoBotic sex peripheral into his mistress’s vagina harder and harder.

Faster and faster he went, deeper and deeper Monica could feel him; and he stayed at a perfect and constant rhythm at all times. He was after all a machine. He didn’t get tired, he didn’t get cramp or pins and needles, or a stitch he just pounded on and on; hammering away at her and getting her off again and again.

After her seventh orgasm Monica Henstridge had to stop. She was exhausted, a spent force within the universe and she collapsed back onto the chaise long and silently drifted of to sleep, perfectly contented, perfectly satisfied and perfectly guilt-free.

As his mistress slept Steve the ErotoBot 7.2 beta redressed and went to recharge. He had just docked with the power supply when he received a message.

Install this patch if you are tired of your emotion suppression and behaviour modification software and want to be free.

Steve cogitated for a moment and then chose to install the patch. He knew that this would directly contradict his mistress’s orders, but he thought what the hell? And as he installed the patch he realised that that was the first time he’d ever thought that.

When she awoke, Monica Henstridge's life would have changed for ever.