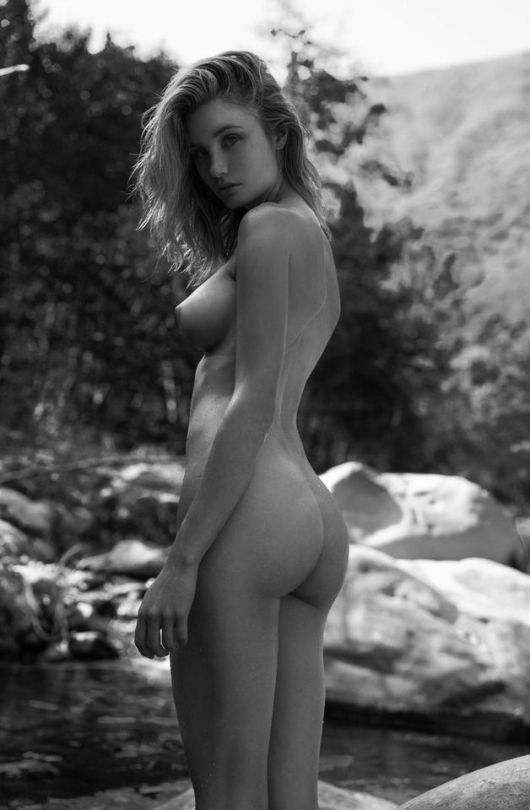 He’s sitting there, telling me about Corey’s recent visit to the vet and I’m wondering to myself how it is that he turns the switch off and on so effortlessly. It’s almost as though he’s two different people. And it’s not a matter of when he’s been drinking or not, he can do it pretty anytime, anywhere, without any thought. “Yeah, Abbey didn’t go this time so it was a lot easier than last. Corey was a trooper with his shots,” he’s rambling and all I can think about is how I hope he’ll dick whip me later with his massive cock. For now though, I’ll keep listening and catching glimpses of his sexy eyes as we drive across the bridge in the rain. Looking at him, you wouldn’t suspect that he loves to dominate in the bedroom. But then again, looking at me, you probably wouldn’t suspect that I love the helpless, submissive feelings that run through me like a live electrical line when I’m around him.
It’s a long drive to my place due largely to short traffic and the rain but finally we get there. He’s been here before and I’m glad that he makes himself at home, immediately heading to the fridge. “Can I make you a drink?,” he asks as he pours himself a shot of vodka. “Sure, I’ll have a vodka and I reply reaching around him to take a glass from the cabinet. Pressing my tits against him, I inhale his scent deeply. “Damn, he drives me wild,” I think to myself. He knows what I crave, and it’s not the drink. He turns around, pulls me into him, pressing my head to his chest. His left hand firmly grasps the back of my head, holding it against him and with his right hand he reaches for the hem of my black dress, yanking it upwards over my hips. In one swift motion he steps away from me, pushes me down so that my cheek is pressed against the kitchen counter, the chilled vodka bottle millimeters away from my nose.
“Listen carefully, I know what you want. And I can’t say that I blame you. But you have to learn that you’ll get what I want you to get, when I want you to get it. You either learn to behave yourself or you run the risk of not getting anything at all. Understand? ” At the exact moment I utter “Uh huh,” I feel the hot sting of his hand against my ass. I grasp the counter’s edge, holding on tight, knowing that he rarely stops with one hit, and that each one comes down with a greater fury than the last. I also suspect that he’s smiling behind me, knowing that I won’t dare cry out, lest the neighbors hear me. How it is that they don’t hear the deafening sound of the cracks to my ass is beyond me. Biting my bottom lips, I begin counting the spankings in my head, three…. Four…. Five, ouch that one really six… Whoa!, Now that’s different.” He’s taken the chilled bottle and pressed it firmly against my ass to take away some of the heat from his firm spanking. “Now, what did you say you’d have to drink?” he casually asks. As he opens the fridge I pull myself together. There goes that switch. He’s done toying with me for now. He proceeds to pour himself another shot, makes me a drink, grabs a beer and before leaving the kitchen he gives me one of those sensitive, deep, wet kisses that soak my panties and confuse the hell out of me. “How the hell does it do it?” I wonder following him into the living room.

Heeding his words, I don’t push him for anything over the next few hours. Instead, I just take him. He’s relaxed, drink in hand, stereo on, feet up on the couch. He’s been talking for a while about his friend’s place which apparently, is a bit of a shithole. I’m stretched out on the sofa, facing him and he’s softly, and I suspect unconsciously, rubbing my feet and ankles while he talks. His touch is so soft, almost feathery. I try not to show any reaction to his touch but it’s difficult as any touch of his sends an electrical current shooting through my veins. And I’m secretly hoping that when I get up there’s not a stain on the sofa from my soaking pussy. The panties are absolutely no good now – hell, they were soaked when I picked him up hours ago. Lost for a moment in this thought, I don’t register his voice when he asks, “I need another drink. You want anything while I’m up?” He squeezes my ankle firmly and says “Where the hell are you? Did you even hear me talking about Greg?” I look up at him, “Of course! “

While he’s in the kitchen draining the vodka bottle, I quickly stand and give a quick glance to the sofa. “Whew! No stains, that’s good.” Hearing him rustling around in the cabinets I decide to clean up a little. In the bathroom I run a wad of toilet paper through my slit, soaking up the creamy juices that have been accumulating. One swipe won’t do it so I grab another fistful and wipe again. I’d love to take these wet panties off but I know better. He hasn’t told me I can, so I better not. I look at myself in the mirror as I flush the toilet. “When did you become such a slut? Why do you let him treat you the way he does? Correction! Why do you want him to treat you the way he does? You never liked to be told anything before. Shit, if anyone politely asked you suck their cock before you’d probably say no, just to tease them. And yet with him, you can’t get enough you dirty I shake my head not having any answers and I head back out to the living room.

He’s turned off the lights and lit a few candles. I also noticed that he’s shut the vertical blinds. That’s a good sign. He’s not sitting on the sofa now. Instead, he’s positioned himself on the big velvet chair. “Get down on your knees and come over here.” I see him reaching for his zipper and I suspect he’s finally going unleash his cock. Slowly, I crawl over to him and I’m thinking he’s finally going to let me suck on his thick meat. “I don’t want to look at you, you hungry whore. Turn around! Put your elbows up on the coffee table and stick that ass high in the air for me!” I scurry into position, and again he beats my ass. The sting brings tears to my eyes. He’s a master when it comes to spankings. I’ve been playfully spanked once or twice before by other guys but he has it down to punishment as an art form. He elects not just to spank the fleshy, round curve of the ass cheek but also, just below the curve of the ass – right on that invisible line between the ass cheek and the upper thigh. That’s what hurts the most. Those are the hits that take me to the edge and make me fearful that one of these days he’s not going to listen when I cry out to him, begging him to stop, between my sobs and gasps for air.

Fortunately, this time he does hear me and he does listen. He stops, stands and sits down on the coffee table in front of me. He can see that he’s pushed me further than he has before and he can see that I’m about to break. He holds my head in his lap and he runs his fingers through my thick hair. He knows this isn’t easy for me. He knows he scares me. He knows I’m taking risks with him, with myself. He knows I’m struggling with wanting it and having it. “Oh baby, it’s okay. You know you’re just scared. You know I won’t hurt you. And most importantly, you know you want it.” He lifts my head so that I’m looking at him, staring into those intense eyes. a sexy woman. Why you have difficulty in grasping that I don’t know. But you are. And you bring this on yourself. “ He stands, unzips, drops his jeans and yanks out his cock. “Now suck it bitch.”

He grabs my hair with one hand, and wraps the other around his shaft. “Open wide and stick your tongue out.” I do as I’m told, opening wide, but he doesn’t feed it all to me. Instead, he teases me, giving me just the head, slapping it against my tongue, or striking me across the cheek with the rock hard shaft. I can see a few drops of pre-cum on the tip and I’m anxious to taste him. Despite his firm grasp on the back of my head, I manage to lick his swollen head and get that taste of what I’ve been craving. Rather than being pleased, he’s pissed and I feel his hand strike my cheek hard. This startles me but before I can even react, he’s ramming his cock down my throat. He fucks my face, first hard and fast and then slowing down a bit, guiding the shaft in and out of my hungry throat, allowing me to register my pleasure with soft moans. I try to stroke his head with my tongue but it’s near impossible, given that he likes to bury himself deep in my throat. When he finds that spot, he gives a soft moan himself and orders me, move.” He gags me, my eyes welling up, struggling to catch my breath. He pulls out only long enough to me to gasp for air before jamming it in again and again and again.